13 things to know before you go to Sydney: packing, safety and culture

Be prepared to chat a lot when you’re in Sydney. Don’t be surprised if waitstaff ask more than just “did you enjoy your meal?”, or your tour guide invites everyone to kick on at the pub later. Sydneysiders, like most Australians, are genuinely friendly people. They just want visitors to have a good time and take fond memories with them when they go home.

Next, don’t try to do too much. When planning a visit to Australia, think of each state like a separate country. Each state is quite different – and very far apart. Before it became Australia, there were around 500 separate First Nations here.

Plan at least four days in Sydney depending on the length of your trip and what else you hope to see. A week is better, but of course the longer you stay the more you’ll experience in this stunningly located and hugely cosmopolitan city.

Get local insight on destinations all over the world with our weekly newsletter delivered to your inbox. Planning your trip to Sydney

You won’t be embarrassed if you dress up, or dress down in Sydney. Sydneysiders are stylish, but they prefer to keep it casual like they’ve stepped off a yacht on the way to the opera.

It gets cool in winter, but not heavy-coats kind of cold – a warm pullover or light jacket should suffice unless there’s an unusually cold snap. Summer is hot and humid. Pack an umbrella no matter what time of year: rain is a given in this subtropical coastal city. Ideally don't bring a plain black one (we explain why later).

Book some things ahead

Much of what you will do in Sydney will depend on the weather so too much pre-planning may result in last-minute itinerary changes anyway. You probably won’t go kayaking from Manly to a secret beach in high winds, and those rooftop sundowners are less fun in a heavy downpour.

That said, if there are any destination restaurants you really want to go to like Quay or Oncore by Clare Smyth, book at least a few months ahead. The best accommodations will also get snapped up, especially in high season (the Australian summer), so get that sorted as soon as possible.

What to do if you catch COVID in Sydney

Yes it still exists, and yes you could end up getting it in Sydney. The rules are a lot more relaxed than they were before the vaccine roll-out when Australia had one of the strictest entry and quarantine policies globally. If you do test positive you’ll need to notify NSW Health and isolate for seven days. Make sure your insurance covers COVID-related travel costs.

Let everyone off before you attempt to board a ferry, including the inevitable stragglers, as the gangways are slim. If you want to take photos and wander around the outside deck on the ferry, go for it – but be mindful that for locals this is their normal daily commute and travelers clambering over them to get a great shot will be annoying.

Make sure you have your Opal or contactless bank card ready to tap at train station gates or when boarding and alighting from buses. In general, Sydneysiders aren't too keen on people talking on mobile phones on public transport. Stick to texting.

Do not drop litter... seriously

If you want to be hated by the locals, drop some litter at the beach, on the street, or in nature. Australia launched an anti-litter campaign, Keep Australia Beautiful, in 1968 which is still running strong. If you smoke a cigarette (does anyone still?) take your butt with you. Bins are sorted into recycling or general waste so “do the right thing”.

Honesty systems work well in Australia. If it’s raining and you take that quality umbrella to a local bar, you can dump it in the umbrella bucket (or on the floor nearby if that’s overflowing). And yes it will still be there when you leave the bar two hours later. However, a plain black umbrella may get mistaken for another, so bring something bright and obvious.

Swearing is not supposed to offend

It might be considered uncouth or rude to swear in many English-speaking countries, but in Australia it’s fairly normal. Even Australian parliamentarians are known to drop a swear bomb. That said, the “So where the bloody hell are you?” tourism campaign by the Sydney office of M&C Saatchi Group, caused some controversy when it launched in 2006.

Health and safety in Sydney

Yes you can drink the tap water

It’s fine to drink tap water in Sydney. If there’s a problem of contamination at all, you’ll hear about it: it’ll be a major national news story.

Natural disasters and extreme weather are a genuine threat

Australia is at the coalface of climate change (see what I did there?) and more extreme weather events, even if the reason why is still open to debate in some places.

In summer there’s a risk of wildfires, and with its many pockets of forest in and around the city of Sydney your trip could be impacted if not by the direct danger of fires, by smoke particles in the air. During the 2019 and 2020 Australian bushfire season, 42 million acres of forest across southeastern Australia burned leaving glaciers in New Zealand gray from falling ash.

A famous poem “My Country” by Dorothea Mackellar describes Australia as a land of “drought and flooding rains”. Sydney has had its fair share of the latter – 2022 has been the wettest year on record yet, with flash flooding affecting the city.

Protect yourself from the sun and the heat

Use sunscreen, even in winter. A sunhat is an even better idea in the scorching summer heat. Take plenty of water if you’re walking anywhere. Look up the symptoms (and treatment) of heatstroke if someone you know is feeling unwell in the sun: quick action is essential.

Don’t get into any body of water alone, from surf beaches where a rip can drag you out to sea, to rivers, lakes and ponds where there can be currents or obscured obstructions. Always swim between the red-and-yellow flags at a surf beach which signifies lifeguards are on duty. They’ll place these in the safest area of a beach.

In 2021, 294 people drowned in Australia, out of a total of almost 1000 “drowning incidents” (in other words, non-fatal but still harmful and scary), which was a significant increase on the year before. Know your skill level, and play it safe.

Oh and jellyfish… if you get stung, rinse with water or vinegar (the latter is usually available at a surf lifesaving club).

A word on scams, violence, theft and pickpockets

Sydneysiders are friendly which can lead travelers to let their guard down too easily. There’s no need to be paranoid, but keep your caution and wits with you when interacting with strangers.

As in any big city, don’t wander around with valuables on display and don’t leave your phone or bags unattended. Generally though, it’s pretty safe here. Violent crime is at an all time low in Sydney perhaps in part due to controversial “lockout” laws (in place from 2014 until 2021) which were implemented to reduce alcohol-fuelled fights in the city and Kings Cross areas after midnight.

If you receive text messages with links to a website, no matter how convincing (i.e. your credit card needs verification; you’ve been in contact with someone with COVID, etc) never click on the link. Online scams are very sophisticated especially when you’re jet-lagged or simply in unfamiliar terrain. Honestly, your bank would never send you a text with a link.

In case of emergency dial 000

Call “000” and you’ll be asked what service you need, police, ambulance or fire. Lifeline’s telephone crisis support is available on 13 11 14 (24 hours a day, seven days a week). 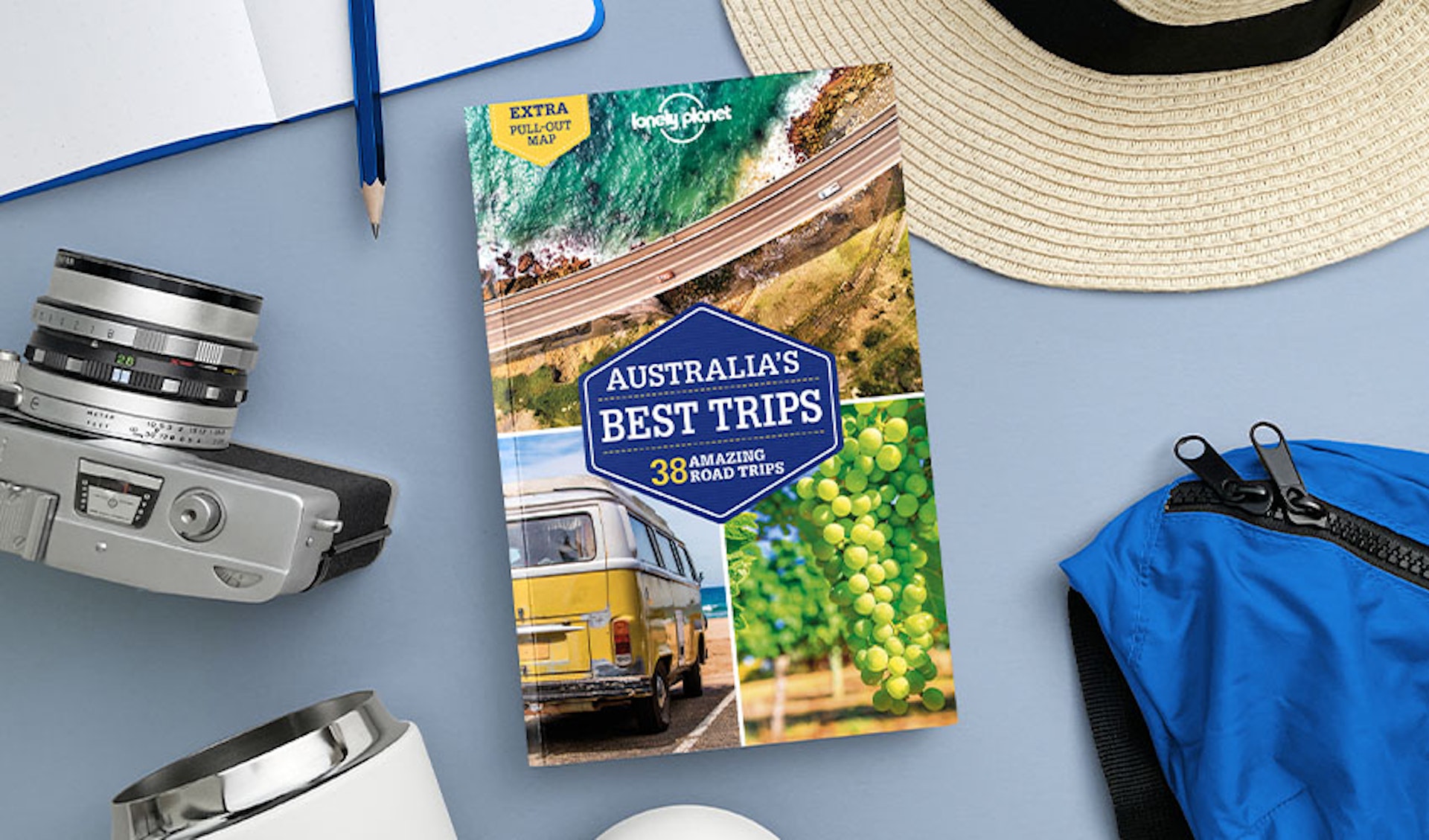 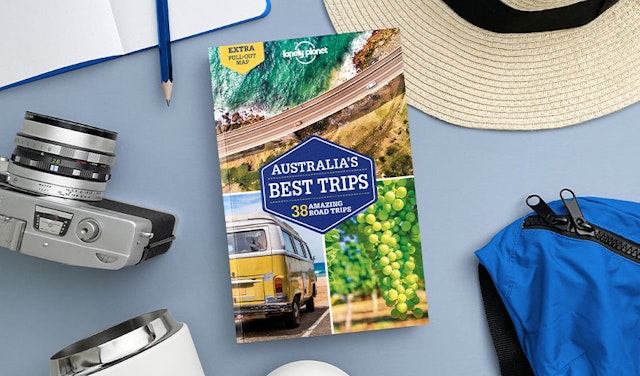