Prepare for your senses to be slapped. Marrakesh's heady sights and sounds will dazzle, frazzle and enchant. Put on your babouches (leather slippers) and dive right in.

Bahia Palace and the Dar Si Said are a riot of tilework and intricate floral painted-wood ceilings, the Saadian Tombs are enriched by an opulent bounty of marble, while the Musée de Mouassine and Musée de Marrakech are a showcase of swirling stucco and carved-wood design. And if you choose to bed down for a night in a riad, you'll be able to sleep amid some of this splendour too. Marrakesh is a city steeped in ancient artistry that continues to thrive, kept alive by the modern craftspeople of the souqs and the contemporary art and design scene of the Ville Nouvelle.

You’ll understand how religion permeates the rhythms of daily life when you hear the sonorous call to prayer echo out from the mosques. As an old imperial capital, Marrakesh is home to some beautiful examples of Islamic architecture, most impressively the Ali Ben Youssef Medersa and the Koutoubia minaret. The city also holds on to a heritage of the other religious communities that once helped it become a vibrant caravan town. Head to the old Jewish district of the mellah to visit the Lazama Synagogue and the Miaara Jewish cemetery to gain a greater understanding of Marrakesh's cosmopolitan past.

Think of the medina's souqs as a shopping mall, but laid out according to a labyrinthine medieval-era plan. Whether you want to spice up your pantry with North African flavours or buy a carpet to add Moroccan-wow to your house, this magpie's nest of treasures is manna for shop-til-you-drop fanatics.

The main market streets are Souq Semmarine and Souq El Kebir. If you see something you really like there, fine – but understand prices will be higher. Smaller souqs and souqs dedicated to artisan workshops such as Souq Haddadine (Blacksmith’s Souq), where you can buy direct from the producer, generally have the best deals.

Got your map ready? Well, it's probably of little use to you here. Wrapped within the 19 kilometres of powder-pink rammed-earth ramparts, the medina is Marrakesh's show-stopping sight of crowded souqs, where sheep carcasses swing from hooks next door to twinkling lamps, and narrow, doodling ochre-dusted lanes lead to nowhere. The main artery into this mazy muddle is the vast square of Djemaa El Fna, where it's carnival night every night. Stroll between snail vendors, soothsayers, acrobats and conjurers, musicians and slapstick acting troupes to discover the old city's frenetic pulse. The party doesn't end until the lights go out. 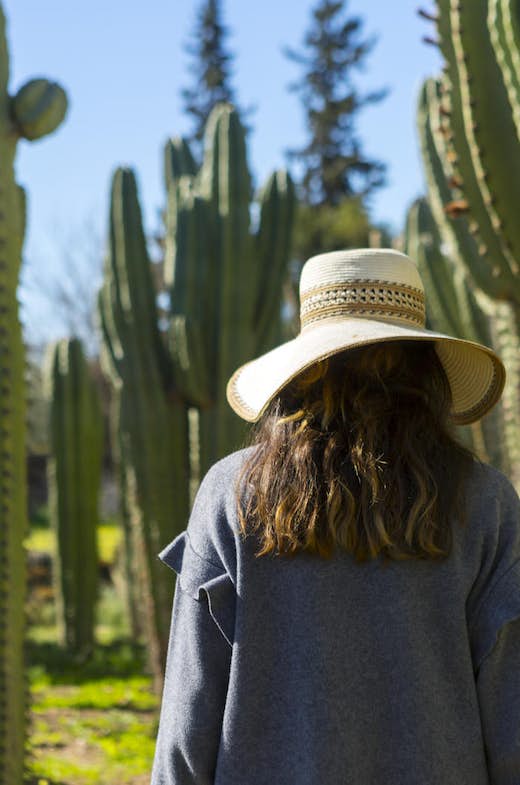 Hidden Marrakesh: a guide to the city's best-kept secrets

Marrakesh is a city that fizzes with life, where the default-blue of the sky sings against peach-gold architecture. Whether it’s your first visit or your…

These are our favorite local haunts, touristy spots, and hidden gems throughout Marrakesh.