Home to many of the world's greatest works of art, architecture and gastronomy, Italy elates, inspires and moves like no other.

Epicentre of the Roman Empire and birthplace of the Renaissance, this European virtuoso groans under the weight of its cultural cachet: it's here that you'll stand in the presence of Michelangelo's David and Sistine Chapel frescoes, Botticelli's Birth of Venus and Primavera and da Vinci's The Last Supper. In fact, Italy has more Unesco World Heritage cultural sites than any other country on Earth. Should you walk in the footsteps of ancient Romans in Pompeii, revel in Ravenna's glittering Byzantine treasures or get breathless over Giotto's revolutionary frescoes in Padua? It's a cultural conundrum as thrilling as it is overwhelming.

In few places do art and life intermingle so effortlessly. This may be the land of Dante, Titian and Verdi, but it's also the home of Prada, Massimo Bottura and Renzo Piano. Beauty, style and flair furnish every aspect of daily life, from those immaculately knotted ties and seamless espressos to the flirtatious smiles of striking strangers. The root of Italian psychology is a dedication to living life well, and effortless as it may seem, driving that dedication is a reverence for the finer things. So slow down, style up and indulge in a little vita all'italiana (life, Italian style).

It might look like a boot, but food-obsessed Italy feels more like a decadently stuffed Christmas stocking. From delicate tagliatelle al ragù (pasta ribbons in a meat-based sauce) to velvety cannoli (crisp pastry shells filled with sweet ricotta), every bite can feel like a revelation. The secret: superlative ingredients and finely tuned know-how. And while Italy's culinary soul might prefer simplicity, it's equally ingenious and sophisticated. Expect some of the world's top fine-dining destinations, from San Pellegrino 'World's Best 50' hot spots to Michelin-starred musts. So whether you're on a degustation odyssey in Modena, truffle hunting in Piedmont or swilling powerhouse reds in the Valpolicella wine region, prepare to loosen that belt.

Italy's fortes extend beyond its galleries, wardrobes and dining rooms. The country is one of nature's masterpieces, with extraordinary natural diversity matched by few. From the north's icy Alps and glacial lakes to the south's fiery craters and turquoise grottoes, this is a place for doing as well as seeing. One day you're tearing down Courmayeur's powdery slopes, the next you could be galloping across the marshes of the Maremma, or diving in coral-studded Campanian waters. Not bad for a country not much bigger than Arizona. 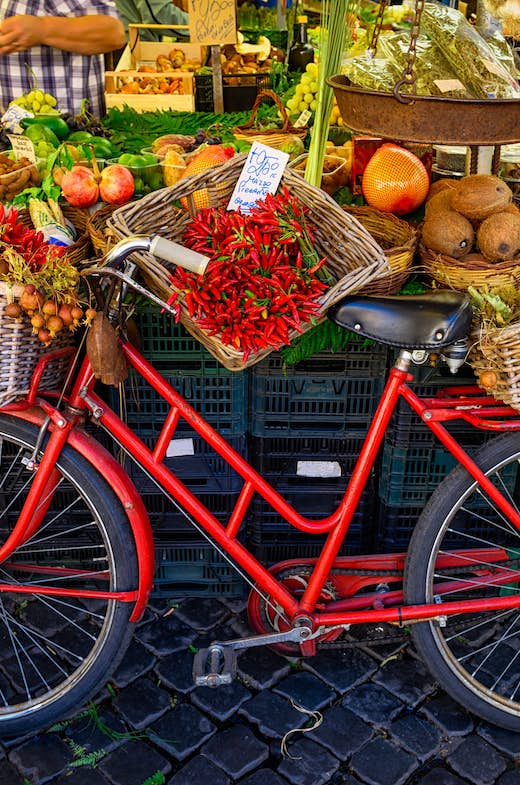 The art of the Italian meal

Travel writer Allison Tibaldi learned that a mishmash of whatever's in the fridge does not make a meal in Italy. She shares her story with Lonely Planet.

These are our favorite local haunts, touristy spots, and hidden gems throughout Italy.