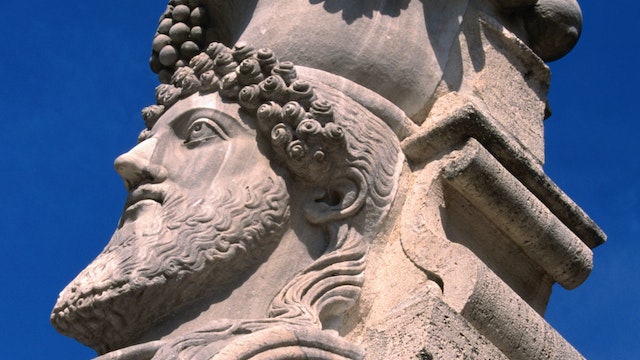 If you only have time for one art gallery in Rome, make it this one. Housing what's often referred to as the ‘queen of all private art collections’, it boasts paintings by Caravaggio, Raphael and Titian, plus sensational sculptures by Bernini. Highlights abound, but look for Bernini's Ratto di Proserpina (Rape of Proserpina) and Canova's Venere vincitrice (Venus Victrix).

To limit numbers, visitors are admitted at two-hourly intervals – you'll need to pre-book tickets well in advance and get an entry time.

The museum's collection was formed by Cardinal Scipione Borghese (1577–1633), the most knowledgeable and ruthless art collector of his day. It was originally housed in the cardinal's residence near St Peter's, but in the 1620s he had it transferred to his new villa just outside Porta Pinciana. And it's here, in the villa's central building, the Casino Borghese, that you'll see it today.

Over the centuries, the villa has undergone several overhauls, most notably in the late 1700s when Prince Marcantonio Borghese added much of the lavish neoclassical decor.

The museum is divided into two parts: the ground-floor gallery, with its superb sculptures, intricate Roman floor mosaics and over-the-top frescoes, and the upstairs picture gallery.

Stairs lead up to a portico flanking the grand entrance hall, decorated with 4th-century floor mosaics of fighting gladiators and a 2nd-century Satiro Combattente (Fighting Satyr). High on the wall is a gravity-defying bas-relief of a horse and rider falling into the void (Marco Curzio a Cavallo) by Pietro Bernini (Gian Lorenzo's father).

Audio guides cost €5 and can be picked up in the basement ticket area, where there is also a coat check and a small cafe.