Berlin's combo of glamour and grit is bound to mesmerise all those keen to explore its vibrant culture, cutting-edge architecture, fabulous food, intense parties and tangible history.

Bismarck and Marx, Einstein and Hitler, JFK and Bowie, they’ve all shaped – and been shaped by – Berlin, whose richly textured history confronts you at every turn. This is a city that staged a revolution, was headquartered by Nazis, bombed to bits, divided in two and finally reunited – and that was just in the 20th century! Walk along remnants of the Berlin Wall, marvel at the splendour of a Prussian palace, visit Checkpoint Charlie or stand in the very room where the Holocaust was planned. Berlin is like an endlessly fascinating 3D textbook where the past is very much present wherever you go.

Forget about New York – Berlin is the city that truly never sleeps. Sometimes it seems as though Berliners are the lotus-eaters of Germany, people who love nothing more than a good time. The city's vast party spectrum caters for every taste, budget and age group. From tiny basement clubs to industrial techno temples, chestnut-canopied beer gardens to fancy cocktail caverns, saucy cabarets to ear-pleasing symphonies – Berlin delivers hot-stepping odysseys, and not just after dark and on weekends but pretty much 24/7. Pack your stamina!

When it comes to creativity, the sky’s the limit in Berlin, which is one of Europe's big start-up capitals. In the last 20 years, the city has become a giant lab of cultural experimentation thanks to a spirit that nurtures and encourages new ideas as well as to once abundant space and cheap rent. Although the last two of these are definitely a thing of the past. Top international performers still grace Berlin's theatre, concert and opera stages; international art-world stars like Olafur Eliasson and Jonathan Meese make their home here; and Clooney and Hanks shoot blockbusters in the German capital. Highbrow, lowbrow and everything in between – there’s plenty of room for the full gamut of cultural expression.

Berlin is a big multicultural metropolis but deep down it maintains the unpretentious charm of an international village. Locals and expats follow the credo 'live and let live' and put greater emphasis on personal freedom and a creative lifestyle than on material wealth and status symbols. Cafes are jammed at all hours, drinking is a religious rite and clubs keep going through the weekend into Monday. Size-wise, Berlin is pretty big but its key areas are wonderfully compact and easily navigated on foot, by bike or with public transport.

Must see in Berlin

Prussian kings, Napoleon and Hitler have marched through this neoclassical royal city gate that was once trapped east of the Berlin Wall. Since 1989 it has gone from a symbol of division and oppression to the symbol of a united Germany. The landmark, which overlooks the stately Pariser Platz with its embassies and banks, is at its most atmospheric – and photogenic – at night when light bathes its stately columns and proud Goddess of Victory sculpture in a mesmerising golden glow.

Must see in
Berlin

0
View all More in Berlin 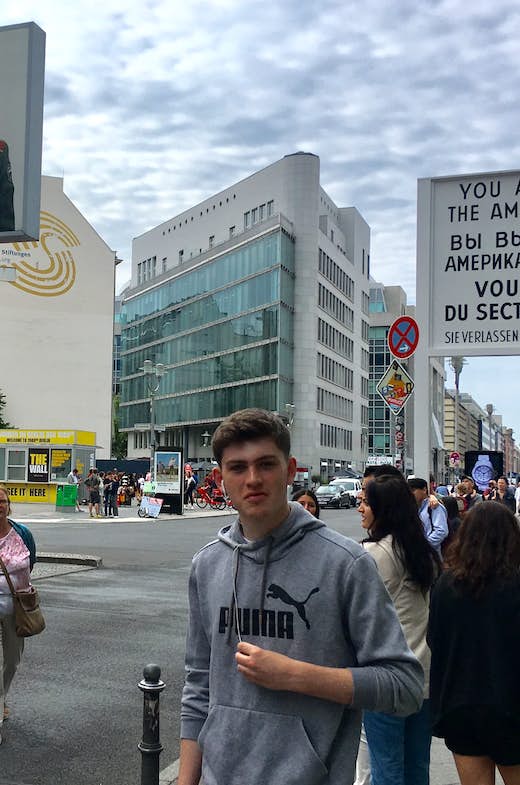 Why Berlin is the perfect city break with a teenager

Choosing the right destination for a holiday with teens is tough, but Rhonda Carrier found Berlin to be the ideal place.

These are our favorite local haunts, touristy spots, and hidden gems throughout Berlin.

Whether it’s a guided tour of a historic landmark, private tasting of local delicacies, or an off-road adventure — explore the best experiences in Berlin.