Bears larger than bison, national parks the size of nations, and glaciers bigger than other US states. The word ‘epic’ barely does Alaska justice.

The Call of the Wild

Pure, raw, unforgiving and humongous in scale, Alaska is a place that arouses basic instincts and ignites what Jack London termed the 'call of the wild.' Yet, unlike London and his gutsy, gold-rush companions, visitors today will have a far easier time penetrating the region's vast, feral wilderness. Indeed, one of the beauties of the 49th state is its accessibility. Few other places in the US allow you to scale an unclimbed mountain, walk where – quite possibly – no human foot has trodden before, or sally forth into a national park that gets fewer annual visitors than the International Space Station.

All Creatures Great and Small

Who needs zoos when you can get close-up views of brown bears snatching leaping salmon out of angry waterfalls or see curious moose posing majestically on national-park roadsides? Alaska is a land for wilderness purists who desire to observe big fauna in its natural habitat. This is no place for the timid. Hiking in unguarded backcountry might sometimes feel like being a guest in a very big food chain, but keep your wits about you, and the musk oxen, gray wolves, bears, caribou and other creatures great and small will quietly accept you into their domain.

Life on the Frontier

Space might be the final frontier, but for those without billions of dollars and their own space rocket, Alaska can provide a pretty gritty alternative. With scant phone coverage and a dearth of anything that passes for urban sophistication, this is a region for ‘doing’ rather than hanging out in coffee bars. Get a skilled bush pilot to land you on a crevasse-riddled glacier, or hire a backcountry guiding company to take you on a bracing paddle down an almost-virgin river. Whether you go it alone with bear-spray, or place yourself in the hands of an experienced ’sourdough’ (Alaskan old-timer), the rewards are immeasurable.

Tales of the Unexpected

For savvy repeat visitors, the real joys of Alaska are the ones you least expect: ginormous vegetables, epic bus rides, half-forgotten Russian cemeteries, friendly, hassle-free airports, and dive bars where no one's rethought their hairstyle since 1984. Welcome to a state with as many offbeat attractions as off-the-beaten-track locations. Imagine a land where locals still go subsistence hunting, campers plan gold-panning expeditions in the wilderness and wi-fi is just a rumor. Pitch in with a quirky medley of contrarians, rat-race escapees, wanderers, dreamers, back-to-the-landers and Alaska Natives and discover what makes America's biggest state tick. 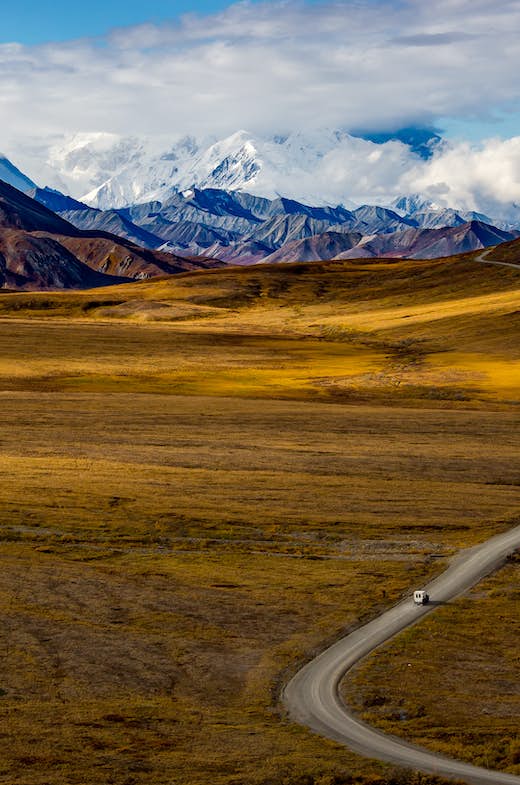 In a land of epic wilderness, rugged landscapes and a Serengeti’s worth of big fauna, Alaska’s highways offer unlimited possibilities for road trips.

These are our favorite local haunts, touristy spots, and hidden gems throughout Alaska.

Which US national park is right for you?