The things that make life worth living – eating, drinking and the making of merriment – are the air that New Orleans breathes.

When it comes to food, New Orleans does not fool around. Well, OK, it does: its playful attitude to ingredients and recipes mixes (for example) alligator sausage and cheesecake into a dessert fit for the gods. This sense of gastronomic play is rooted in both deep traditions – truly, this city has one of the few indigenous cuisines in the country – and a willingness to accommodate outside influences, both in terms of technique and ethnicity. New Orleans' cuisine is a mix of Caribbean, African and European influences that is truly unique.

We're not exaggerating when we say there is either a festival or a parade every week of the year in New Orleans. Sometimes, such as during Mardi Gras or Jazz Fest, it feels like there’s a new party for every hour of the day. At almost any celebration in town, people engage in masking – donning a new appearance via some form of costuming – while acting out the satyric side of human behavior. But the celebrations and rituals of New Orleans are as much about history as hedonism, and every dance is as much an expression of tradition and community spirit as it is of joy.

New Orleans is the hometown of jazz, but neither the city nor the genre it birthed are museum pieces. Jazz is the root of American popular music, the daddy of rock, brother of the blues and not too distant ancestor of hip-hop – all styles of music that have defined the beat of global pop for decades. All these varieties of music, plus a few you may never have heard of, are practiced and played here on every corner, in any bar, every night of the week. Live music isn’t an event: it’s as crucial to the city soundscape as streetcar bells.

There aren’t many places in the USA that wear their history as openly on their sleeves as New Orleans. This city’s very facade is an architectural study par excellence. And while Boston and Charleston can boast beautiful buildings, New Orleans has a lived-in grittiness that either feels intimidating or easily accessible. As a result of its visible history you'll find a constant, often painful, dialogue with the past, stretching back hundreds of years. It's a history that for all its controversy has produced a street culture that can be observed and grasped in a very visceral way.

Must see in New Orleans

City Park is larger than Central Park and it has alligators, so really, what are you waiting for? If alligators aren’t your thing, it is also home to long lines of live oaks and weeping willows; a botanical garden that contains New Orleans in miniature; ice cream; Greek columns; a sculpture garden that surrounds the New Orleans Museum of Art; and a singing tree, festooned with wind chimes and romance – the sort of space where love and music slowly infuse the air with giddiness.

Must see in
New Orleans

0
View all More in New Orleans 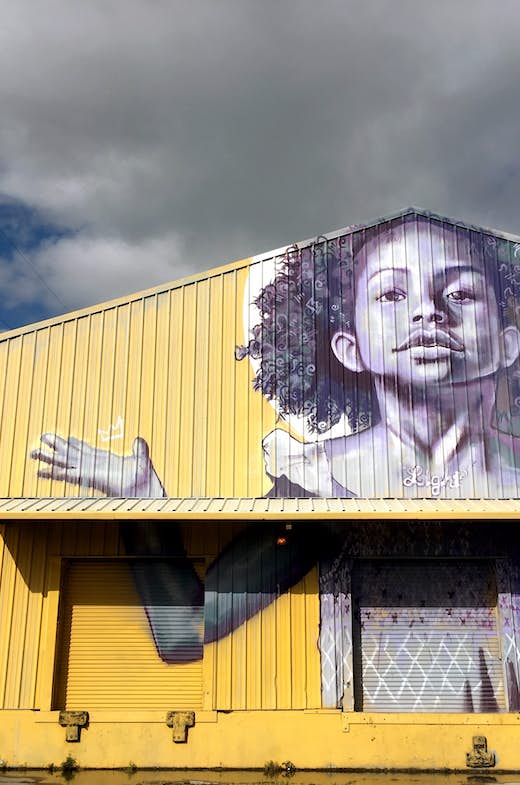 Where to find New Orleans’ authentic art and culture scene

Venture beyond New Orleans' tourist core to explore the diverse neighborhoods that make it one of America’s preeminent centers of art and culture.

These are our favorite local haunts, touristy spots, and hidden gems throughout New Orleans.

Whether it’s a guided tour of a historic landmark, private tasting of local delicacies, or an off-road adventure — explore the best experiences in New Orleans.