Ruggedly good looking, deeply creative, with a sunny disposition to boot…if LA were on Tinder, the app would crash.

Envy is an ugly thing, New York. While your denizens spend their time sniffling and throwing shade in the snow, Angelenos are busy riding waves, tying up their hiking boots and counting their copious blessings. Think about it: in how many megalopolises can you gallop across rugged mountains just nine miles from City Hall? Despite its heaving head count, LA is a city indelibly tied to mighty Mother Nature. Here, dense, vibrant neighborhoods back onto golden beaches, city streets lead up to flower-carpeted hillsides, and huge, deep-blue skies are an IMAX screen for lingering sunsets made to pierce your heart.

Dreams are serious business in La La Land. Home to Hollywood, this is a city where fantastical thoughts are encouraged; a place gleefully wrapped in endless layers of modern legend and mythology. Every year countless small-town dreamers pour onto its streets, itching to share their tales with LA and the world – on screen and stage, in lyrics, or on the whitewashed walls of galleries. The end result is an electrifying whirlpool of creativity: edgy art spaces, cult-status rock venues, acclaimed concert halls and thought-provoking stages, all fueling a city addicted to the weird, the wonderful and the downright scandalous.

LA's obsession with creative expression extends to its stucco and mortar. After all, this is where movie palaces look like Chinese temples and ancient Egyptian tombs, where concerts halls twist and curve like steely cartoon characters, and where soda bottling plants look like landlocked ocean liners. Indeed, LA celebrates architectural diversity with astounding gusto. From storybook Hollywood abodes and Silver Lake modernist prototypes, to downtown theaters channeling the Palace of Versailles, no other American city delivers such a thrilling mash-up of architectural styles, statements and role models…often on the very same palm-studded street.

So which really has the better food scene: LA or SF? While the latter may claim more Michelin stars, LA packs one heck of a culinary punch. It's here that you'll find California's best tacos, the country's most authentic Korean and one of the nation's biggest concentrations of vegan restaurants. And when it comes to imbibing, SF best take a cable car home. From dirty martinis in a basement power station, to craft brews in a steampunk bowling alley, LA has a knack for turning humble drinking sessions into otherworldly adventures worthy of a toast or three. 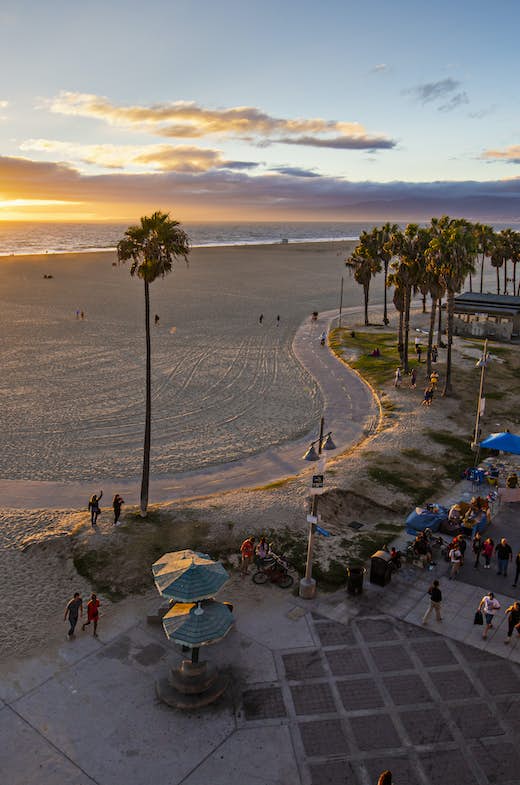 Los Angeles is really just a surf town at heart. With beaches stretching from Malibu to Laguna, there are plenty of stretches of sand to see and be seen.

These are our favorite local haunts, touristy spots, and hidden gems throughout Los Angeles.