Imagine the audacity of building a city of marble palaces on a lagoon – and that was only the start.

Never was a thoroughfare so aptly named as the Grand Canal, reflecting the glories of centuries of Venetian architecture in the 50 palazzi and six churches lining its banks. At the end of Venice’s signature S-shaped waterway, the Palazzo Ducale and Basilica di San Marco add double exclamation points. But wait until you see what’s hiding in the narrow backstreets: neighbourhood churches lined with Veroneses and priceless marbles, convents graced with ethereal Bellinis, Tiepolo’s glimpses of heaven on homeless-shelter ceilings, and a single Titian painting that mysteriously lights up an entire basilica.

Garden islands and lagoon aquaculture yield speciality produce and seafood you won’t find elsewhere – all highlighted in inventive Venetian cuisine, with tantalising traces of ancient spice routes. The city knows how to put on a royal spread, as France’s King Henry III once found out when faced with 1200 dishes and 200 bonbons. Today such feasts are available in miniature at happy hour, when bars mount lavish spreads of cicheti (Venetian tapas). Save room and time for a proper sit-down Venetian meal, with lagoon seafood to match views at canalside bistros and toasts with Veneto’s signature bubbly, prosecco.

Pity the day trippers dropped off at San Marco with a mere three hours to take in Venice. That’s about enough time for one long gasp at the show-stopper that is Piazza San Marco, but not nearly enough time to see what else Venice is hiding. Stay longer in this fairy-tale city and you’ll discover the pleasures of la bea vita (the beautiful life) that only locals know: the wake-up call of the gondoliers' ‘Ooooeeeee!’, a morning spritz in a sunny campo (square), lunch in a crowded bacaro (bar) with friends and fuschia-pink sunsets that have sent centuries of artists mad.

Eyeglasses, platform shoes and uncorseted dresses were all outlandish Venetian fashions that critics sniffed would never be worn by respectable Europeans. Venetians are used to setting trends, whether it be with controversial artwork in the Punta della Dogana, racy operas at La Fenice or radical new tech start-ups challenging Silicon Valley giants. On a smaller scale, this unconventional creative streak finds vibrant expression in the showrooms of local artisans where you can find custom-made red-carpet shoes, purses fashioned from silk-screened velvet, and glass jewels brighter than semiprecious stones. In a world of cookie-cutter culture, Venice’s originality still stands out. 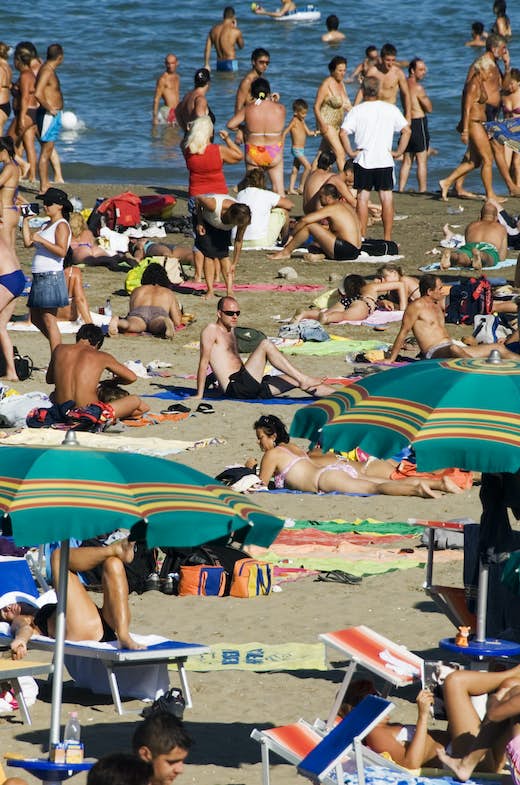 If the floating city has you hankering for the beach, rest easy – there are brilliant strips of sand all around Venice. Here is our pick of the best.

These are our favorite local haunts, touristy spots, and hidden gems throughout Venice.

Gondolas are back in Venice