Same same, but different. This Thailish T-shirt philosophy sums up Bangkok, a city where the familiar and the exotic collide like the flavors on a plate of pàt tai.

Until you’ve eaten on a Bangkok street, you haven’t actually eaten Thai food. The base flavors – spicy, sour, sweet and salty – can be an intense mix. But for adventurous foodies who don't need white tablecloths, there’s probably no better dining destination in the world. And with immigration bringing every regional Thai and international cuisine to the capital, it's also a truly diverse experience. And perhaps best of all, Bangkok has got to be one of the best-value dining destinations in the world.

Language barriers have never prevented anybody from getting along with the Thai people. The capital’s cultural underpinnings are evident in virtually all facets of everyday life, and most enjoyably through its residents' sense of fun (known in Thai as sà·nùk). In Bangkok, anything worth doing should have an element of sà·nùk. Ordering food, changing money and haggling at markets will usually involve a sense of playfulness – a dash of flirtation, perhaps – and a smile. Street Thai is as much emoted as it's spoken.

With so much of its daily life conducted on the street, there are few cities in the world that reward exploration as handsomely as Bangkok does. Cap off an extended boat trip with a visit to a hidden market. A stroll off Banglamphu’s beaten track can lead to a conversation with a monk. Get lost in the tiny lanes of Chinatown and stumble upon a Chinese opera performance. Or after dark, let the BTS (Skytrain) escort you to Sukhumvit, where the local nightlife scene reveals a cosmopolitan and dynamic city. 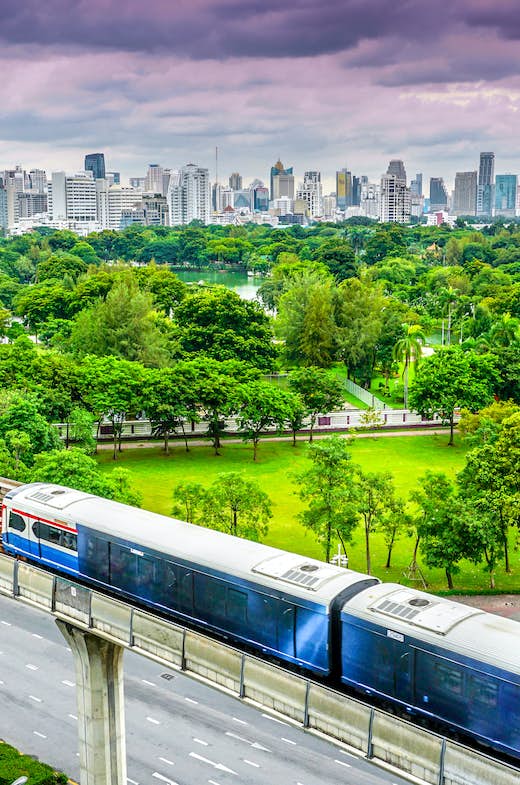 The 9 best city parks in Bangkok

In need of a breather from the thundering skyscrapers and neon mania? These are the best city parks in Bangkok.

These are our favorite local haunts, touristy spots, and hidden gems throughout Bangkok.