With a population that’s rapidly approaching a million, and an annual influx of almost 30 million visitors, Austin is by any standards a big city. Somehow, though, Texas' state capital has kept its small-town heart, earning the love with great music, culinary prowess, whip-smart locals and a sociable streak impossible to resist.

The city easily earns its title of 'Live Music Capital of the World.' Two music festivals, South by Southwest (SXSW) and the Austin City Limits Festival, earn international acclaim, but quality live performances go down every single night in one of the countless clubs, bars and restaurants. Heck, there's even an awesome band during chicken shit bingo at Ginny's Little Longhorn Saloon on Sunday afternoons. Country music singer-songwriters are the classic draw, but blues, rock, hip-hop and jazz bands also take the stage. Dancing is encouraged. As the sign says at the Broken Spoke: Please do NOT !!!! Stand on the dance floor.

On a sunny morning in the spring, Lady Bird Lake looks like the world's most active playground. Kayakers skim across the still water, swimmers swim laps in Barton Springs pool, frisbees whir across a lush disc golf course and joggers and cyclists burn calories on lakeside trails. Austin is home to more than 300 parks, with more than 30 miles of urban trails open to runners, walkers and cyclists. Nearly 50 more miles are in the works. And they are all well-used. A popular hike-and-bike trail loops around Lady Bird Lake and links to a creekside greenbelt, adding water sports to the mix.

The best part about the food scene? It never takes itself too seriously. Just look at all those busted-up food trucks, some of them serving the most exquisitely flavored bites in the country. The line at what may be the best barbecue joint in the US is a communal party, with staff selling beer to the outdoor queue. And menus at the fanciest farm-to-table restaurants often get downright whimsical. Overall, there's not much food snobbery here. But passion? Yes. Ice cream. BBQ. Tacos. Locals love to opine. Take a few bites, join the conversation.

Despite the growth, Austin has managed to maintain a cooperative and hospitable atmosphere. We've seen food truck operators give recommendations to folks in line about other great places to eat. Small business owners share advice with newbie competitors. And people of all ages will socialize with the merest of provocation. No one is a stranger for long. Even the city government has heart, deciding to forgive parking tickets for partiers who leave their cars downtown after a night of fun. In sum, despite her popularity, Austin hasn't forgotten where she came from. In fact, she loves it mightily. 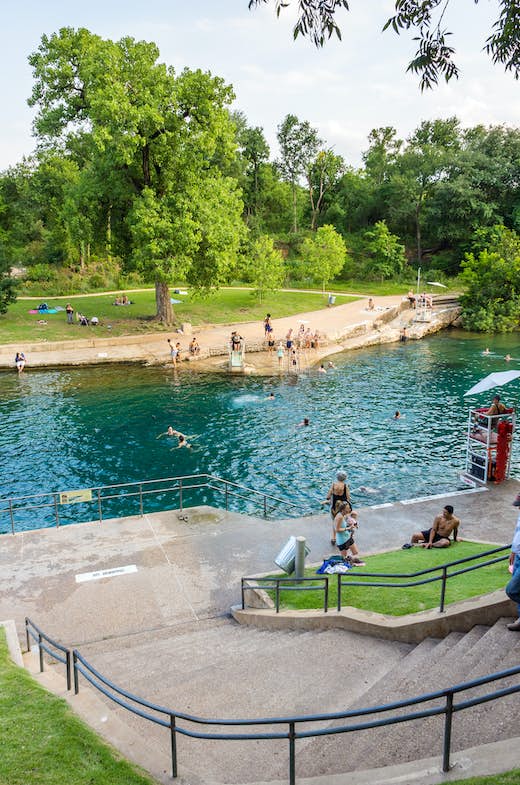 The top 10 city parks in Austin

If you're wondering where the best city parks in Austin are so you can get in on the kayaking, swimming, hiking, and disc golf, these are ten favorites.

These are our favorite local haunts, touristy spots, and hidden gems throughout Austin.

Adventure guide to camping with kids