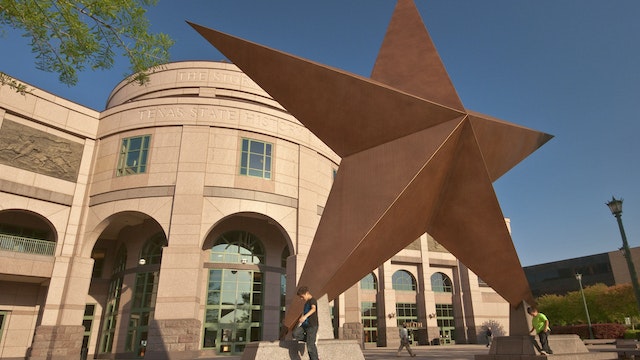 Big, glitzy and bursting with high-tech interactive exhibits, this showcase museum celebrates the story of the Lone Star State, from its earliest inhabitants, via the era when it formed part of Mexico, up to the present day. The highlight is on the 1st floor, where you can see the hull of La Belle, a French ship that sank off the Gulf Coast in 1686, along with artifacts recovered from the wreck. Allow a few hours for your visit.

Upstairs, galleries trace the revolutionary years of the Republic of Texas, its rise to statehood and its economic expansion into oil drilling and space exploration. Special features cover John Wayne’s 1960 movie The Alamo, and home-grown music from Bob Wills to Buddy Holly.