How to visit some of the world's most unique gardens

Whether it's stumbling upon a hidden green space by taking a stroll through an unfamiliar part of a city, or seeking out a famous estate to get a glimpse into a country's history, architecture and design, beautiful gardens have always inspired travellers. And now, seeing some of the more often overlooked spaces has just gotten easier, as a brand new study has just revealed six truly unique gardens in different locations around the world. Based on positive reviews from blogs, travellers recommendations and tip-offs for off the beaten track ideas, the gardens were selected for their distinctive personalities and the experiences that they offer travellers.

Sítio Burle Marx in Rio de Janiero is a unique attraction with stunning green spaces for visitors to explore. Image by Marcos Nozella / CC BY 2.0

“The gardens we discovered through our research all have one thing in common; there is a great story behind them. You just don't get that with large public parks that are often built by local authorities. We found travellers loved the history and provenance of how the spaces came to be, and they shared stories about the creators. There are tales of pioneering designers, family heritage and rich tradition,” said Jon Horsfield, Director of wheeliebinstorage.co.uk, who put the study together.

The Garden of Cosmic Speculation in Scotland. Image by John Lord / CC BY 2.0

A sprawling, 30-acre space near Dumfries in southwest Scotland, these gardens boast 40 areas, as well as sculptures, grass mounds, bridges, landforms and architectural features that celebrate nature and the fundamentals of physics. Designed by architectural theorist Charles Jencks and his wife Maggie Keswick on the grounds of their private home, the project was created to inspire wonder and put smiles on the faces of those that visit. Truly unique features include a water cascade of steps that recount the story of the universe and a terrace that shows the distortion of space and time caused by a black hole. Open to the public for just one day per year (the next one is 6 May), ticket numbers are limited to 1500 people and are available through the Scotland's Gardens website.

Sculptures in the Nek Chand Rock Garden. Image by Bruno Vanbesien / CC BY 2.0

Also known as the Rock Garden of Chandigarh, the Nek Chand Rock Garden is named for its founder, a government official who began it as a hobby in secret in 1957. The 25-acre garden contains over 2000 sculptures of varying shapes and sizes and was completed using stones, debris and other discarded materials that were left over from the 50-odd villages destroyed in order to build the city of Chandigarh. Since its completion, the space has grown to become a popular tourist spot and has had over 12 million visitors from the very beginning.

The garden sits above the Arctic Circle and features a collection of rare plants. Image by Harald Groven

Featuring 25 collections, this garden includes flowers and plants from the Arctic, the Himalayas and South America, as well as plants from old gardens in North Norway, many of which cannot be seen in other gardens. The most recent garden landscape is a large boulder ridge in the southern part of the garden with plants originating from Turkey, Lebanon, South Africa and Chile. On the north-facing slope are snow-bed plants from Svalbard, one of which is the buttercup Ranunculus wilanderi, one of the rarest species in Europe. Information on visiting is available at the Arctic University of Norway website.

Take a trip here to see over 4000 species of cacti and succulents spread over eight garden trails, built by Jim Hall and his wife Julie, after Jim’s father started a small collection in the 1970’s. Giving the visitor a taste of the wild west the gardens are a three-hour drive from Melbourne, and they have proven popular for Insta-worthy engagement photoshoots. The gardens keep on expanding too, as the owners add further collections to the property. Information on visiting is available at the official website.

A lush green space inside the gardens. Image by Livia Comandini

Built by the architect Roberto Burle Marx in his residence in the West Zone of Rio de Janeiro, the 100-acre gardens and landscape bring together one of the most important collections of tropical and subtropical plants in the world, totalling 3500 species. One of the city’s best-kept secrets, the site of the former banana plantation includes a 17th-century chapel that has been restored. There is also the Burle Marx House museum, which preserves 3125 pieces, including rare objects of art and crafts that he gathered throughout his life.

The incredible garden contrasts with the building. Image by Kenta Mabuchi

In 1995, ACROS Fukuoka opened in the middle of the city as a centre of international, cultural and information exchange. While the inside includes galleries and conference halls, the building’s south-facing façade includes a green step garden that allows visitors to wander pasts 50,000 plants and enjoy peaceful park scenery in contrast with the busy city. Information on visiting is available at the official website. 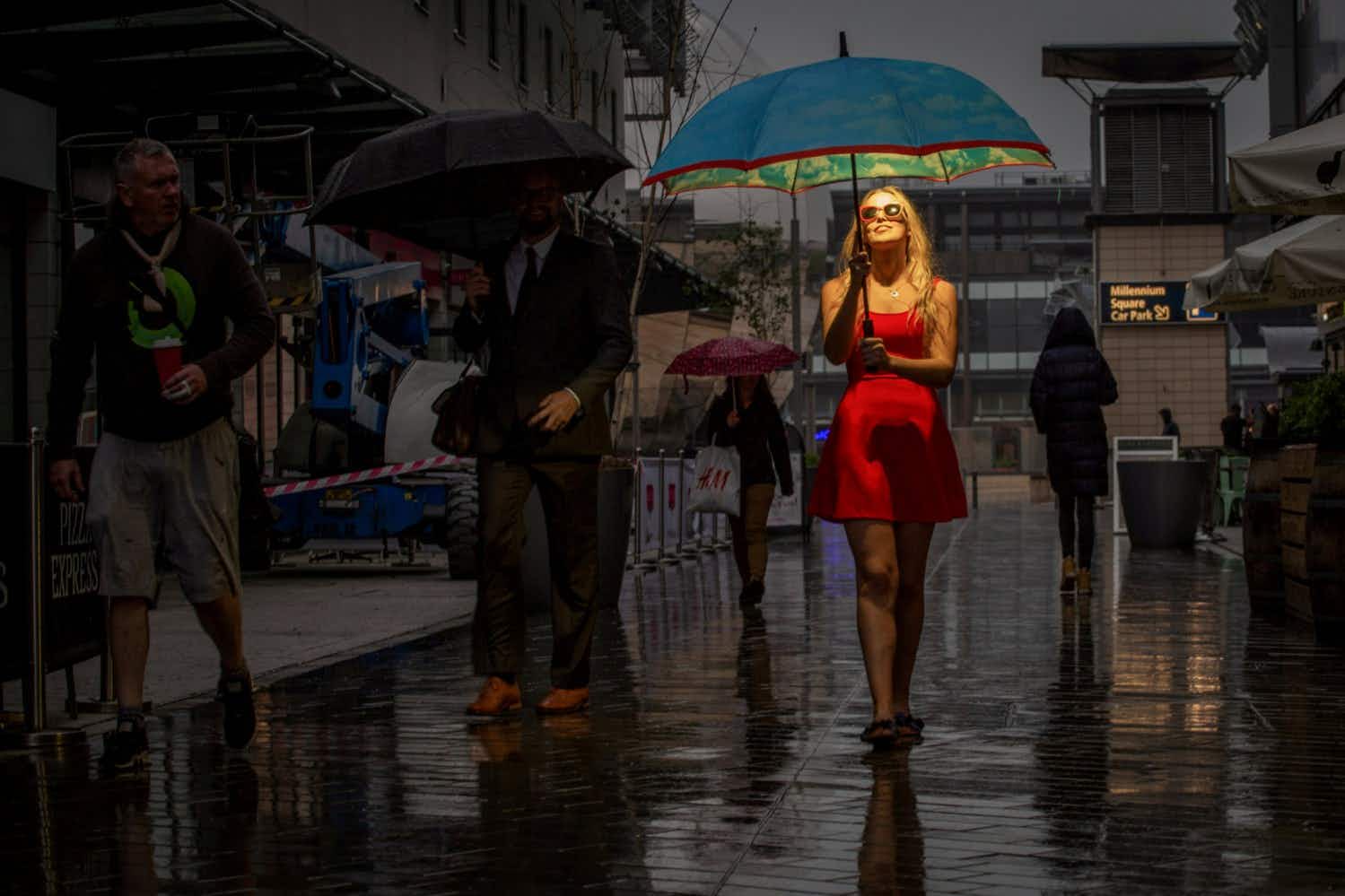 This umbrella gives off a glow and scent to make… 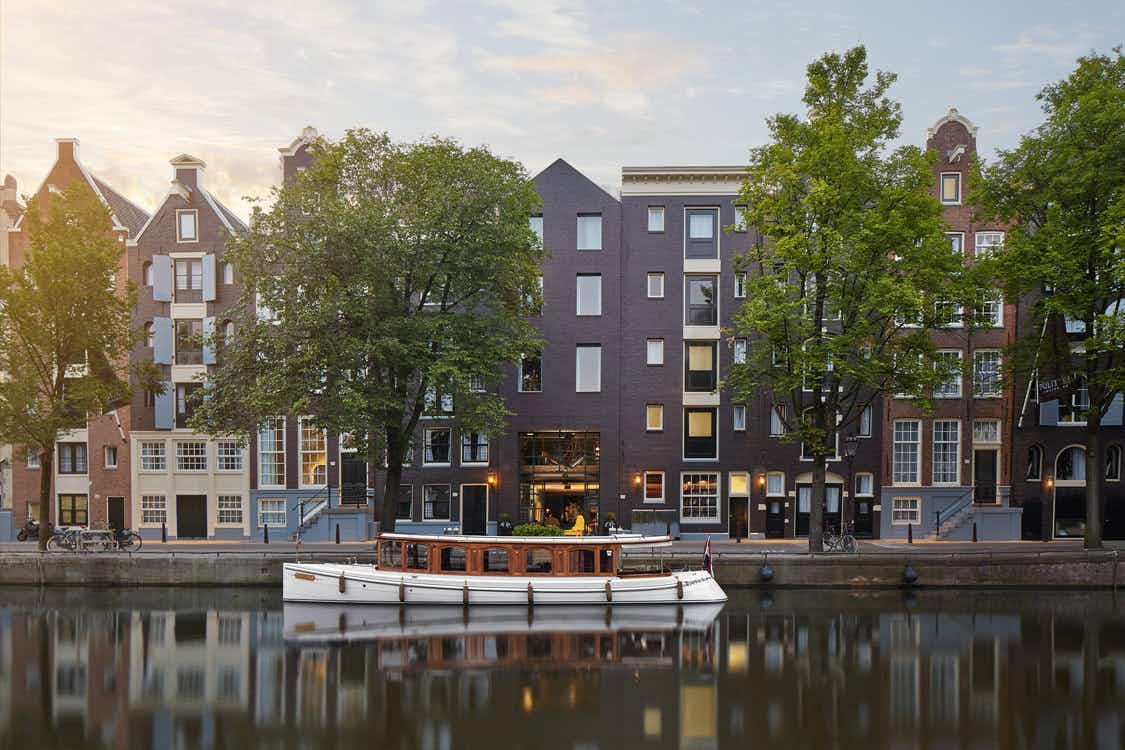