It will be a holiday flight like no other – with passengers descending a seven metre spiral staircase to “board” a Boeing 737 jet buried deep underground. And don’t bother to reserve a window seat, the only views will be of earthworms and dirt.

Turner Prize-nominated artist Roger Hiorns has just moved a step closer to realising his next big project, to entomb an old passenger jet beneath the countryside outside Birmingham in the UK before the summer of 2017. But the 39-year-old British artist, who has been planning his site-specific, conceptual work for four years, now finds himself in a race. Swiss artist Christoph Büchel also planning to bury a decommissioned passenger jet, for a $1.5m art-installation in the Mojave Desert in the US, which he is calling “Terminal”. Hiorns has already sourced his jet and is waiting on a decision on $350,000 in funding from Arts Council England. The artist says he wants to use his buried jet to "amplify the contemporary anxiety which the object holds over us”.

A Boeing plane similar to the one to be used in the art installation.  Image by Kentaro IEMOTO / CC BY-SA 2.0

The jet used will be one used to fly holiday makers to hot spots.   Image by Getty Images

It will be a major civil engineering project. The artist will oversee the transportation of the plane (which will have to have its wings taken off) to a specially prepared pit on former industrial land near canals outside of his native Birmingham. Visitors to this underground art installation will be taken to the site by canal boat, then asked to climb down the spiral stairs and sit in the seats once occupied by holiday-makers heading off to the sun.

The jet will be brought to a special pit near the Birmingham canals.  Image by: Getty Images

And the team behind the Buried Jet concept have already warned that it will not be suitable for claustrophobic or nervous flyers. 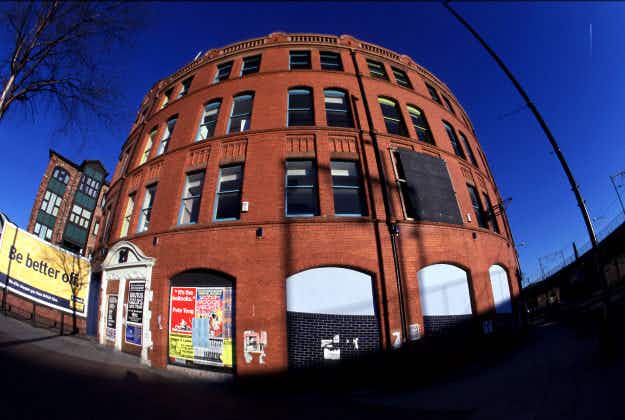 Madchester lives on in Manchester as live music still proves…

Warsaw's city festival brings the streets alive with a musical…