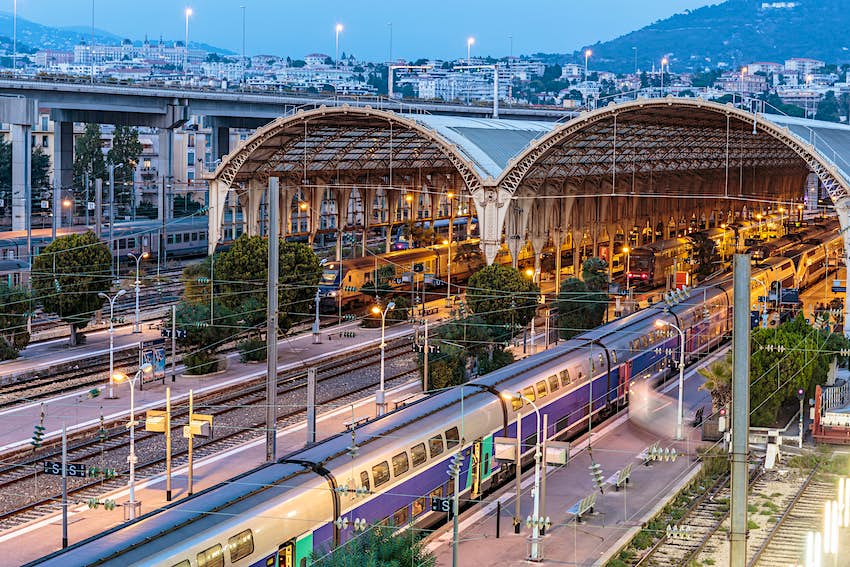 Night trains are making a comeback across Europe as governments, train operators and passengers fall back in love with this clean, green, comfortable and inexpensive way to travel. Lonely Planet’s John Walton dives into the latest changes and some of the best options to consider next time you ride the rails.

The very idea of a night train seems romantic, exciting, steeped in the past like some sort of Agatha Christie Orient Express relic or a Trans-Siberian epic. But for decades, as governments focused on high-speed rail and cheap flights flourished, investments in modernising night trains slowed. Now, across Europe, the night train is back — to stay — as old routes are reopened and new cross-border services start, carrying passengers swiftly and comfortably from one city centre station to another during the course of a good night’s sleep.

France has started revitalising its night trains as part of its bailout of rail operator SNCF, with trains from Paris to Nice and Tarbes set to return by 2022, offering passengers additional options to the TGV high-speed network. The Swedish government, meanwhile, is investing in night trains from Stockholm to Hamburg and Malmö to Brussels, to run as early as 2022, from where travellers can connect into existing high speed rail daytime services — and even other night train networks.

Of course, in the age of COVID, night train schedules are a bit up in the air. As a general rule, most domestic night trains are running, but quite a few of the international night trains are either not running or running on different schedules. The Paris-Milan-Verona-Venice Thello night train, for example, and the Russian trains that run through Europe into France, are at present suspended until further notice, but most of the Nightjet trains run by Austrian Railways (including between Germany and Switzerland) are now running.

But where do night trains run? And which are the particularly useful routes? Let’s break it down.

International night trains to consider include the Austrian and Czech routes

Centrally located within Europe, the Nightjet services run by Austrian Railways (ÖBB) mostly revolve around the Austrian network, with routes from key hubs including Vienna, Salzburg and Innsbruck to destinations as far afield as Brussels, Düsseldorf, Hamburg, Berlin, Warsaw, Budapest, Zagreb, Rijeka, Rome, Pisa, Venice, Zurich, Milan and Frankfurt, as well as intermediate stations en route. Note that there’s even a service from Frankfurt’s airport station within the network.

But there are also routes linking Zurich and southwestern Germany on routes to Hamburg and Berlin, so you could (say) travel overnight from Brussels to Berlin to spend some time there, overnight to Vienna for a few days, and then continue overnight to Rome. Czech Railways, meanwhile, operates night trains from Prague to Zurich, Humenné, Budapest — and, in conjunction with Polish Railways, to Krakow and Warsaw.

Italy still has quite a large number of night trains that criss-cross most of the country from north to south and onto Sicily, and these can be a great supplement to (or in some cases replacement for) the Frecciarossa and Frecciargento high-speed trains. In the UK there are two main night train routes. The first runs from London west to Cornwall, and the second is from London north to various points in Scotland, with some intermediate stops in between as an option, with the Carlisle early morning arrival option handy for England’s Lake District.

Spain and Portugal (and the southwestern tip of metropolitan France) are connected by the Spanish Renfe’s Trenhotel, which link Lisbon with Madrid — and onto Hendaye just over the French border, where you can connect to the TGV network.

All aboard the Slumber Express: family travel by night train

Check what kind of sleeping options are available for each train

Most sleeper trains in Europe will have at least two kinds of compartment, which convert from day to night mode via the bunks folding into the wall.

The most inexpensive bunk option is the couchette, which offer either four or six bunks, usually in their own compartment. You’ll usually find this laid out with sheets and pillows for you to put on yourself before you head to bed. Note that couchettes aren’t normally split by gender, but there sometimes options for women to book a berth in women-only compartments.

A more comfortable option is the sleeper, which tend to be four-person bunks. These tend to be made up for you already and are more spacious, and will often have their own sink, which may even come with a drinking water tap. Some trains also offer regular seating carriages, which are very inexpensive but also not great unless you’re the kind of person who can get a good night’s sleep quite literally anywhere.

At the other end of the scale are deluxe sleeper options on some trains, which offer between one and three bunks, usually with their own little shower and lavatory. Lavatories and washrooms are shared if you’re not in a deluxe sleeper, and most night trains will also have showers to freshen up before the morning. Towels are generally provided.

As a rule, if you want to, you can book out a compartment for yourself if you want privacy, space — or, these days, to physically distance yourself from other travellers, as policies vary depending on the train operator and the route it takes.

So relax, put your feet up and watch the world going past your compartment window.

Ask LP: Is traveling by sleeper train in europe safe right now?
This new overnight train to Croatia is already so popular that it's running daily
Inside the UK's longest sleeper train journey