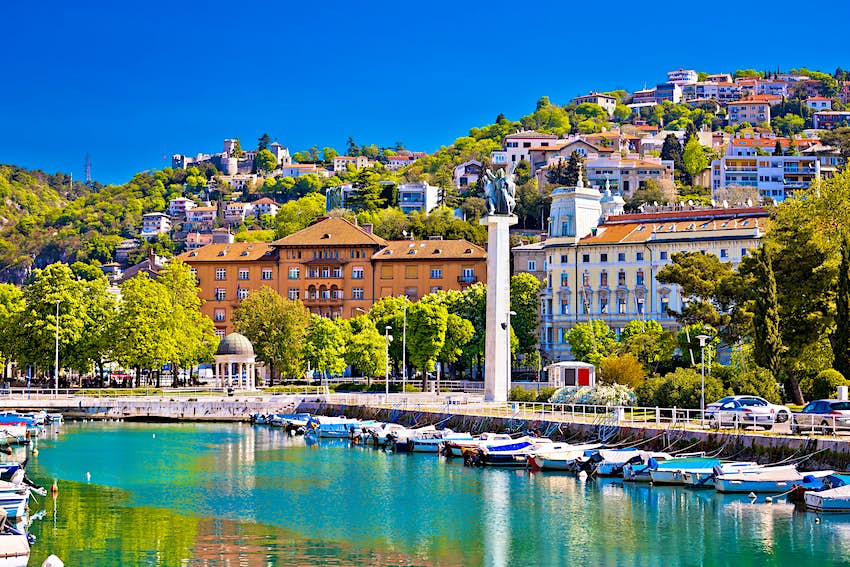 Take a train to the Croatian coastline © xbrchx / Shutterstock

A new overnight train service that was launched last month between Prague and the Croatian coast has already proven itself so popular that it will now run every night. In its inaugural weeks, more than 30,000 tickets were sold, and some trains were entirely booked out thanks to tickets that were priced as low as €22 one way.

The line is operated by the private Czech company Regiojet, and the train leaves Prague at 5.20pm and also stops in Brno and Bratislava, Slovakia. It travels overnight before stopping in Ljubljana, Slovenia, at 5am and terminating in Rijeka, Croatia around 9am. Rijeka is Croatia’s third-largest city and is often used as a transport hub and jumping-off point to Mediterranean islands or the Dalmatian coast.

Passengers can choose between a normal seat, with prices starting at €22, or a sleeping compartment for €30. Before adding more trains, Regiojet said that it had sold 4000 tickets in a single day, which was the biggest daily surge in sales in its history. The timetable increase will last only until the end of the summer holidays in late September when the service will return to operating three times a week. Travelers must keep up-to-date with any government policies around travel during the coronavirus pandemic.

Night trains are becoming an increasingly popular way to travel around Europe again, with the line between Brussels and Vienna being revived after a 17-year hiatus as well as new overnight train routes being planned in Sweden. Austria’s national railway system, which purchased all of Germany’s sleeper cars when they were sold off in 2016, has renovated them and even placed orders for brand new train carriages with en-suite showers to continue to expand its nightly network.