20 unmissable extreme sports (and where to try them)

Ready to feel your pulse racing? From volcano boarding to cave diving, bungee jumping to kitesurfing, we’ve rounded up 20 adrenaline-packed adventure sports – and the stunning destinations to try them in.

The gist: pioneered by an Australian traveller in León, Nicaragua, volcano boarding is the art of zooming down the face of an active volcano on a reinforced plywood toboggan. Using your heels to brake and steer, it’s possible to clock speeds of up to 90km/hr. That’s after you’ve hiked up the volcano, of course.

Where to try it: León's Big Foot Hostel.

Where to try it: DH biking Bolivia’s so-called Death Road is one of the nation’s most popular backpacker activities. Somewhat safer is Whistler Mountain Bike Park in Canada, at which winter ski runs morph into summer biking trails.

The gist: ocean scuba is extreme enough for some, but descending into a hole in the earth to explore a submerged cave system is next-level stuff. Stalactites are usually the big draw.

Where to try it: Mexico’s Yucatán Peninsula has the world’s largest concentration of cenotes (sinkholes). Fringed by lush jungle, its crystal-clear turquoise pools are idyllic.

The gist: using a whirlybird to access untouched terrain, heli-skiing is quite technical, and you’ll get more bang (or in this case, powder) for your buck if you’re an advanced skier or snowboarder.

Where to try it: widely banned in Europe, heli-skiing is popular in North America and New Zealand. Alaska’s Chugach Mountains boast some of the world’s deepest, softest powder. Visit Tordrillo Mountain Lodge, a luxury lodge near Anchorage, to learn from some of the best backcountry ski guides in the world. Dreamy views of Denali and volcanic summits sure don’t hurt either.

The gist: a hybrid of surfing and several board sports, flowboarding is the art of riding an artificial ‘sheet wave’ on an apparatus that looks a bit like a skateboard.

Where to try it: since the sport gained traction in the ‘80s, ‘flowhouses’ are popping up around the globe. FlowRider offers experiences in California, Colorado, Dublin and Sweden.

The gist: inspired by Vanuatu’s ritualistic land divers, the modern sport of diving off a ledge while attached to a safety cord was popularised by Kiwi entrepreneur AJ Hackett.

The gist: Another Kiwi invention, zorbing (also known as sphereing, orbing and globe-riding) is the act of rolling down a hill in a transparent plastic ball. Opt to zorb solo, with friends, and/or with water – all in the name of fun.

Where to try it: the original zorb company is based in Rotorua, but you’ll find outfits all over the world. Try it in Hatta, Dubai.

The gist: ice climbers ascend ice formations, such as frozen waterfalls, with the help of ice axes and other special climbing equipment.

Where to try it: Colorado’s Ouray Ice Park, the largest ice park on the planet, was the world's first park devoted exclusively to the sport, but it’s also big in Canada – enthusiasts rave about Quebec’s Val-David.

The gist: proponents call this evolution of tightrope walking, in which participants manoeuvre across a strip of nylon held taut between two anchor points just above the ground. It might not look particularly extreme, but it’s very tough (and great core exercise).

Where to try it: Particularly agile? Look into slacklining yoga across the USA with YogaSlackers. Super adventurous? Try highlining in Joshua Tree National Park in California. Or simply DIY with your own slackline (shop online at Gibbon Slacklines).

The gist: a fusion of wakeboarding, surfing, windsurfing, paragliding and gymnastics, kiteboarders use what’s known as a power kite to propel themselves across the ocean while standing on a specially designed board.

Where to try it: perennially windy beaches – from the UK’s Kitesurf Centre in Camber Sands to Kailua Beach on O'ahu, Hawaii and El Gouna, Egypt – are ideal.

The gist: originating in Gloucester, England, in the 15th century, this injury-prone activity sees participants charge down a steep hill in pursuit of a round of cheese.

Where to try it: Gloucester’s annual Cooper’s Hill Cheese Rolling is the world’s largest competition

The gist: forget hang-gliding and paragliding – there’s nothing like the rush of jumping from a plane at 12,000ft. Just about anyone can tandem skydive, but sky surfing, wingsuit surfing and BASE jumping are best left to pros.

The gist: whitewater rafters navigate rapids graded from one to five (anything higher is considered unraftable) in an inflatable boat. While the first rubber raft for riding a river's whitewater is thought to have been built in the 1840s, it wasn't until a century later that the first commercial whitewater operation started. And it wasn't until 1981 that companies first attempted the Zambezi River below Victoria Falls.

Where to try it: some of the world’s most scenic grade five rapids are found on a section of the Zambezi River that borders Zimbabwe and Zambia, the Suarez River (near San Gil, Colombia) and Nepal’s Sun Kosi River.

The gist: climbing has become so popular it will make its debut at the Tokyo Olympics in 2020. Bouldering, one of the climbing events you'll see in the Olympic games, is when people climb to heights of 20ft or less without ropes or harnesses (safety mats are often used). Climb any higher without wearing safety equipment and you're into the realm of free solo climbing.

Where to try it: popularised in North America, indoor bouldering centres (with low walls to minimise injuries) can now be found everywhere from Great Britain to Germany. Indoors, try Grotto in San Diego and Earth Treks in Golden, Colorado. For an outdoors experience, give it a try in Squamish, British Colombia, or Fontainebleau in France.

The gist: northern Europeans have been partial to an icy dip between sauna sessions for centuries, but the more modern International Ice Swimming Association (IISA) deems an official ice swim as a one-mile swim in water below 5°C while wearing a standard swimming costume.

Where to try it: It’s popular in the UK, Germany, Ireland, Finland, Russia, France, USA, and the Netherlands. If you want to make your first solo swim official, register your witnessed attempt with the IISA.

The gist: often included as part of an eco-tour, zip-lining is the act of traversing an incline via a pulley attached to a suspended cable. Zip lines are also known as zip slides and flying foxes.

Where to try it: Costa Rica’s Selvatura Park zip tour is breathtakingly scenic, but daredevils are better suited to the world’s longest, fastest zip-line: the Zip 2000 in Sun City, South Africa.

The gist: also known as canyoneering and river trekking, this sport encourages participants to use a variety of techniques including climbing and rappelling to traverse scenic canyons.

Where to try it: canyoning is traditionally performed on a mountain with flowing water – there are plenty in Germany, France, Ecuador, Colombia and Norway. In the US, the San Gabriel Mountains near Los Angeles are a solid choice. So Cal Adventure Co will show you how to rappel down waterfalls, scramble among the rocks and hike through rough and rugged terrain.

The gist: the first snowmobile was patented in 1937 as a mode of on-snow transport, with the modern snowmobile (also known as a sled) being launched by the same inventor in 1959. Today they are most commonly used for extreme trail riding.

Where to try it: Michigan’s Upper Peninsula offers some of the best terrain around, but you'll be spoiled for choice with winter snowmobiling tours at alpine resorts across the USA and Canada.

The gist: drawing on swimming, climbing, scrambling and diving, this activity requires participants to traverse the intertidal zone of a rocky coastline on foot or by swimming, without the aid of watercraft.

Where to try it: popularised on the cliff coastline of Pembrokeshire in Wales during the '90s, coasteering simply requires a suitably rocky coast.

The gist: fighter jets, typically used in the military, are specifically designed to travel at high speeds and to handle aerobatic maneuvers like barrel rolls, spins and tailslides (flying the plane vertically upwards until losing momentum and falling backwards towards earth). Try flying with a highly trained fighter pilot (and even have a go on the controls yourself).

Where to try it: MiGFlug offers flight experiences at locations around the world, including the USA, Russia, Canada and Europe, that give you the chance to be a fighter-jet pilot for a day. 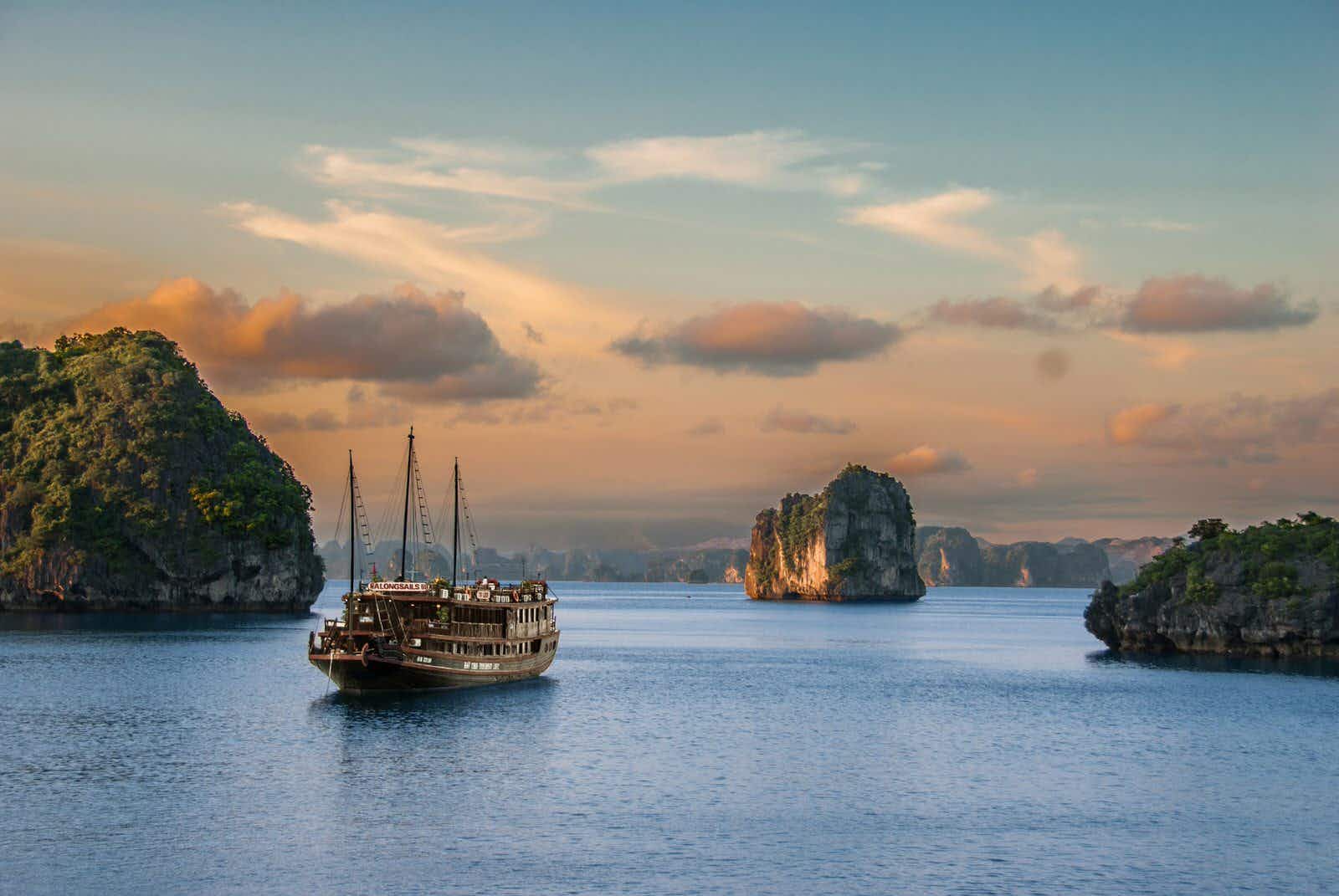 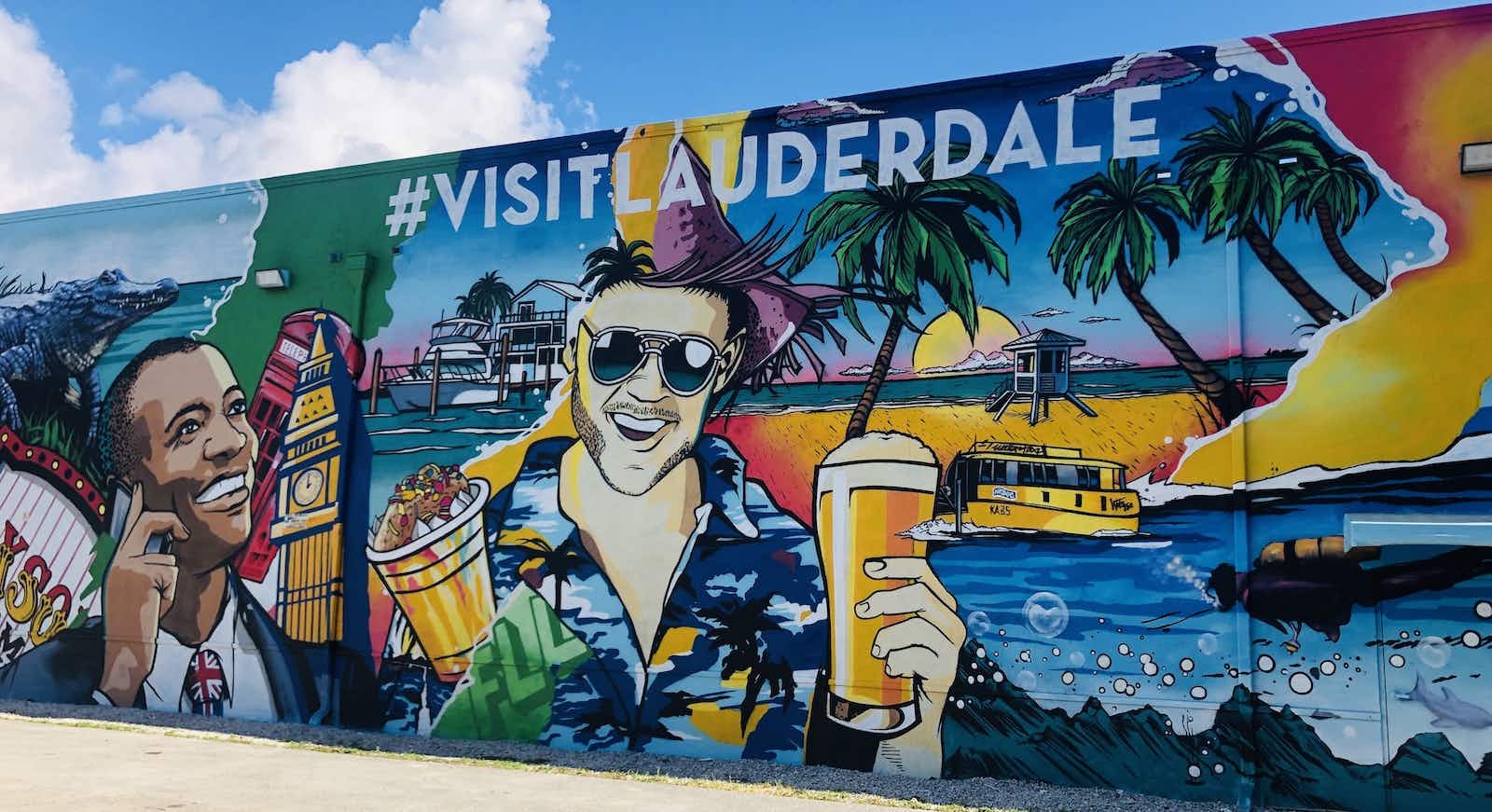 Beyond the boats and beaches: Fort Lauderdale's artsy edge