Where to find winter sun in Europe

The idea of winter in Europe is not so bad: frosty forest trails, snow-capped mountains and cosy log cabins sound lovely. But when the reality mostly consists of gloomy clouds, biting winds and grey sludge with a side of hail, it might be time to look at other, warmer options.

And you needn’t go far: while you might not find tropical temperatures, Europe’s southern reaches provide plenty of blue skies and sunshine year-round – and travelling in the low season means accommodation and car rental can be gloriously cheap, while beaches and local attractions are crowd-free. Feel your toes thawing out already? Escape the worst of the cold with these European winter sun holidays.

Malta can be scorching in summer, so the cooler days of winter (which rarely fall below 10°C, mostly hovering in the low teens) are perfect for exploring the great outdoors. Rock climbing and hiking is particularly pleasant as the rural landscape is at its greenest. Culture and history buffs should catch a winter solstice sunrise at Mnajdra Temple, where the sun accurately lights up the edges of a megalith, or come for the Maltese Carnival in February for parades and late-night parties.

Rainy day rescue: If you need to seek shelter, choose one that shimmers. The baroque interior of St John’s Co-Cathedral in Unesco-listed Valletta offers a dazzling way to ride out a rain shower.

With over 340 days of sunshine a year, Cyprus is your best bet for a warm winter in the Med. While snow glitters on the peaks of the Troödos mountains (skiers take note!), the coastal areas, particularly in the east, are warmer and drier. Stay in Larnaka to spot flamingos dancing around their winter home on the nearby salt lake before heading west for historic treasures such as the Tombs of the Kings and Ancient Kourion.

Rainy day rescue: Spend a wet afternoon amongst the ancient artefacts of the Cyprus Museum in Nicosia, or find a cosy taverna for long Cypriot feast.

The Algarve is an increasingly popular winter sun destination, in part due to over 300 days of sunshine a year and 87 blue flag beaches. Winter brings waterfalls to life in the eucalyptus-filled Monchique Mountains, migrating birds flock to Ria Formosa Natural Park and popular Quinta do Lago Beach is blissfully quiet. If you can handle sea temperatures of 14°C, now is the time to surf – and golfers are spoilt for choice too. Work up an appetite before finding dinner in the whitewashed towns of Faro, Lagos or Tavira.

Rainy day rescue: The interior of São Lourenço church near Loulé is an azulejo-lover’s dream; the ornate blue tiles cover almost every inch, floor to ceiling.

In winter you’ll need to fly via Athens to reach Crete. Many resort towns will be pretty much deserted – base yourself in Heraklion or Chania for a sense of low season life (and the chance to find open restaurants) before hiring a bargain rental car for an island road trip. On sunny days you might find you have the pink-tinged sands of Elafonisi or the Palace of Knossos all to yourself. Temperatures can reach highs of 16°C in January, but the nights are much colder, so pack layers. Still chilly? An evening with a bottle of local raki should warm you up nicely.

Rainy day rescue: Uncover five millennia of history at Heraklion Archaeological Museum, one of the best museums in Greece.

Winter is a colourful season in Sicily; citrus trees are heavy with ripening oranges, lemons and limes, food market stalls in Catania and Palermo creak under the weight of fresh vegetables, fish and seasonal walnuts, and all over the island people are preparing for Carnevale. The weather can change at the drop of a blood orange, but with eight hours of sunshine a day and average highs reaching double those in the likes of London, it’s worth taking your chances.

Rainy day rescue: Villa Romana del Casale is home to the most significant collection of Roman floor mosaics in the world – the new wooden roof protects them (and you) from the elements.

If you want a winter city break, look no further than Seville. Temperatures often hit up to 17°C, with at least six hours of sunshine a day – but don’t forget an umbrella, just in case. Top sights Plaza de Espana and Real Alcazar feature indoor areas and outdoor delights, allowing for basking in the sunshine, or hiding from a passing shower. Don’t miss a sunset stroll along the modern Metropol Parasol, known locally as Las Setas.

Rainy day rescue: Take a tour of Seville’s stunning Cathedral (and spot Christopher’s Colombus’ tomb) or stamp, tap and shimmy through the Flamenco Dance Museum, where you can also arrange a lesson or watch the pros perform.

Try this: Stephanie Yeboah's guide to the perfect plus size winter travel wardrobe

Madeira, Portugal’s far-flung isle sitting north of the Canaries, is known for its ‘eternal spring’ – which does what it says on the tin. Mild winters come as standard, with temperatures rarely dropping beyond 14°C. Beaches are rocky but the sea is warm, so pack your cossie – or join a dolphin and whale spotting tour. If you prefer dry land, Madeira’s rugged interior is ideal for hiking; follow a levada trail – this ancient network of channels has distributed water around the island for over a century and these days is a source of hydropower.

Rainy day rescue: What’s more British than afternoon tea backdropped by a little rain? Belmond Reid’s Palace in Funchal has welcomed Winston Churchill and Roger Moore (aka James Bond) in its time – why not you too?

Turkey’s Turquoise Coast is a tourist magnet in summer – must be something to do with the shade of that water – but when the crowds have dispersed, there’s nothing but you, those views and an average of 10 hours of sunshine a day. Moderate temperatures mean hiking is nowhere near as sweaty as it would be in August – so why not tackle some of the 540km Lycian Way? The route winds between Fethiye and Antalya, passing countless ancient ruins and clifftop wonders including the Levissi ruins, ancient Patara, and the (mostly) sunken city of Simena.

Rainy day rescue: Warm up, give your legs a rest and enjoy a treatment at a hammam (Turkish bath), found in most major towns.

Spain’s islands are adored by summer holiday-makers, but are just as lovable come winter.

The pumping beats and party crowds of Ibiza are long gone, but the epic sunsets and beaches remain; culture-packed Mallorca is quieter and cheaper. Lesser-visited Menorca lures nature fans with walker-friendly weather and the Camí de Cavalls coastal path, while tiny Formentera beckons those who want true seclusion.

Rainy day rescue: If you’re going to get wet, you may as well go diving. Sea temperatures allow for diving the Balearics’ caverns and shipwrecks year-round.

Find out about the world's best light festivals

Want sand dunes and hidden coves, volcanic national parks and forested mountains? How about colourful villages, tempting restaurants and watersports galore? It’s all here, all year. Tenerife and Gran Canaria are generally the warmest of the islands in winter with highs of 22°C. Lanzarote and Fuerteventura can be a little windy, which isn’t necessarily a bad thing, if you’re competing in the latter’s annual kite festival held in November. Lesser-known La Gomera, La Palma and El Hierro will feel even more off-the-radar than usual.

Rainy day rescue: Let the weather slow you down – book into one of the islands’ many spas for a massage, followed by a trip to a local vineyard or bar to taste local wines. 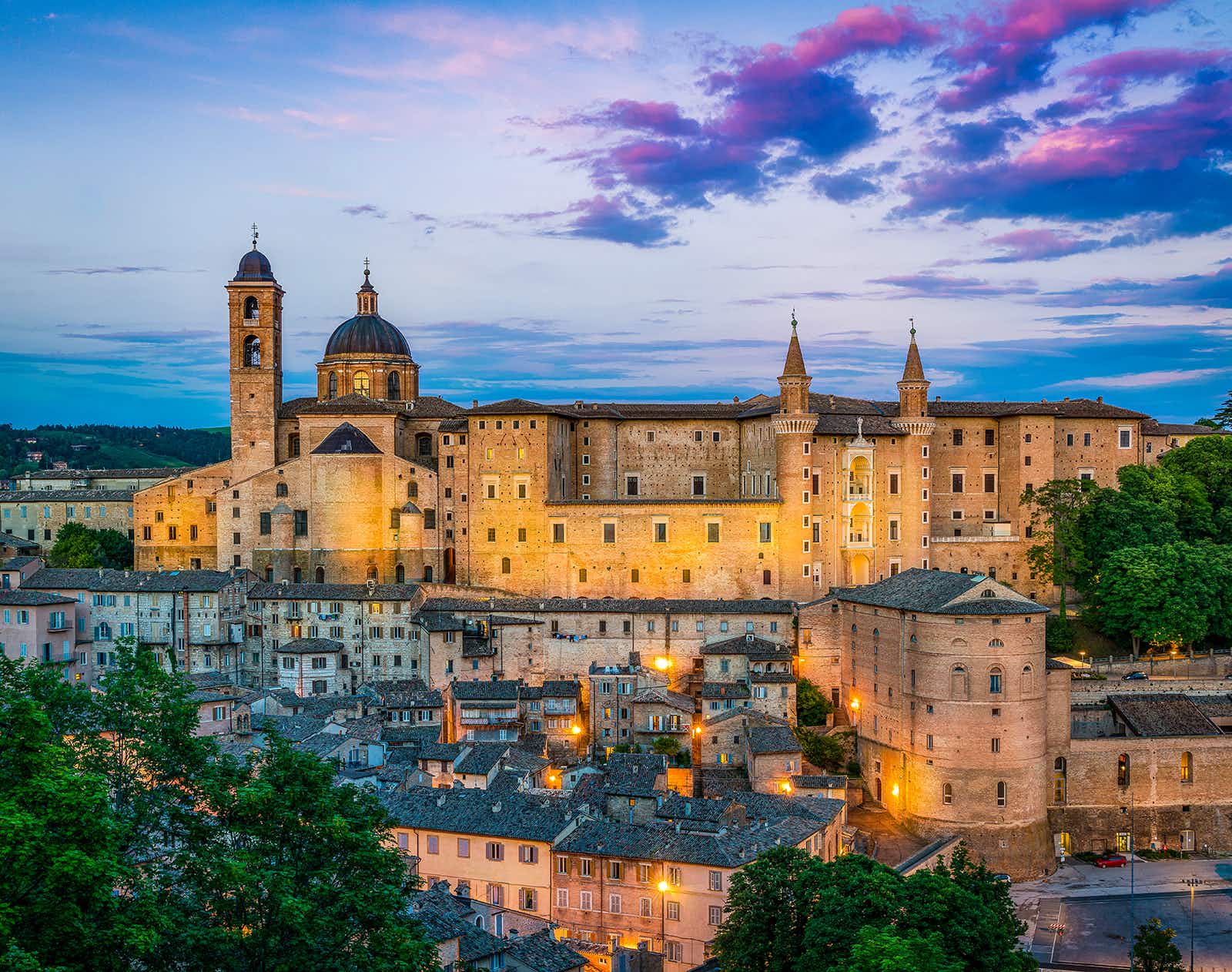 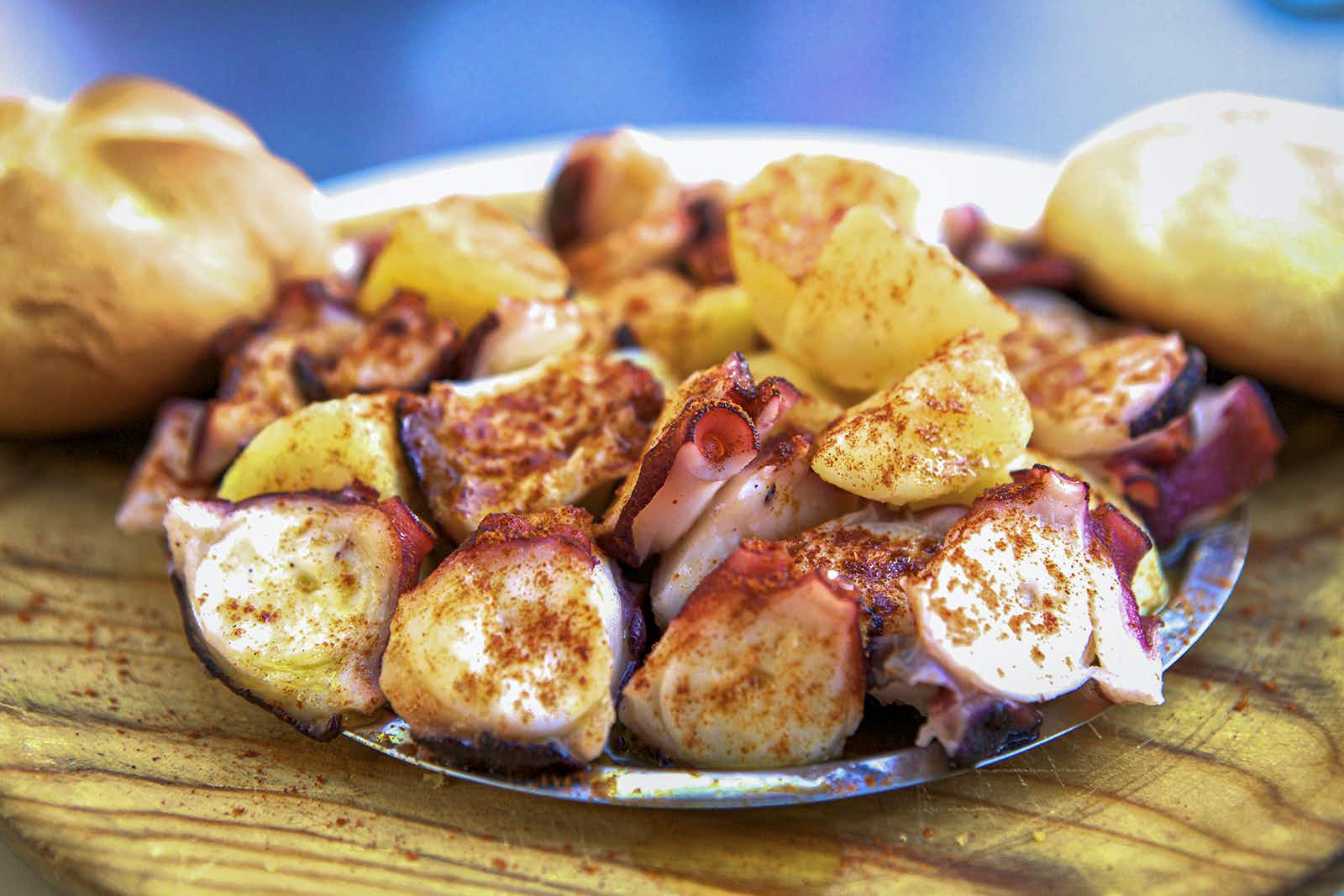 Taste the best of Cádiz: seafood, sherry and southern Spanish…