20 of Europe's most stunning beaches to explore in 2022

No matter your taste in beach, Europe obliges. From the wild, wind-lashed shores of the Atlantic coast to mountain-fringed Arctic bays where whales raise their tails, and the sunlit, snuggled-away coves of Italy and Greece, we bring you the cream of the European coast with these top 20 beaches.

Rearing up out of the Norwegian Sea like a dragon’s backbone, the island of Lofoten off Norway’s northwest coast is the Arctic dream – whether seen in the never-dying light of the Midnight Sun or under dancing Northern Lights in winter snows. Haukland Beach is out of this world, with spiky granite peaks thrusting above creamy sands and sapphire sea. The water is chilly (never hitting more than 15°C), but you’ll be itching to jump in all the same.

Chasing the (midnight) sun: 7 of our favorite beaches in Norway

Sardinia’s east coast Golfo di Orosei punches high for coastal beauty, but few beaches make you gasp out loud like sublime Cala Goloritzè, with its snow-white pebbles giving way to a sea of purest aquamarine blue. Limestone cliffs jut dramatically above the bay, as does Monte Caroddi, a 148m-high needle of rock beloved of climbers. Reach it by boat or on the boat Cala Goloritzè Trail.

In the footsteps of the Etruscans: Italy’s top sites for discovering this ancient culture

Out on a limb in the wild North Atlantic, the Outer Hebrides stash away some of Europe’s remotest beaches. Singling one out is tough, but West Beach on the wee isle of Berneray is divine. Through dunes and wind-bent machair grasses, you reach this ravishing three-mile expanse of white sand, sliding gently into a turquoise sea. It’s often empty but for seabirds trilling overhead and the occasional porpoise or otter.

In Corsica’s southeast, Plage de Palombaggia bewitches with its long curve of pale, powder-soft sand shelving into cerulean blue waters as clear as glass. Backed by fragrant umbrella pines, hemmed in by wooded hills that strum with cicadas come sundown, and overlooking the Îles Cerbicale, this could well be the beach of your wildest Mediterranean dreams. Bring a snorkel and picnic.

The 12 best beaches in France

With its long sweep of bleach-blonde sand and translucent azure waters, Formentera’s Platja Illetes fits the barefoot paradise bill neatly. Comparisons are swiftly made with the Caribbean but, frankly, why would you want to imagine yourself anywhere else? The beach forms the western section of the slender Trucador Peninsula and just offshore are the two illetes (islets), Pouet and Rodona, which give the beach its name.

A breezy walk over gorse-cloaked clifftops on the Pembrokeshire Coast Path ramps up the anticipation for Barafundle Bay: an arc of butterscotch sand, rimmed by dunes and easing its way gently clear turquoise water. This bay often tops the polls of the UK’s finest beaches and if you avoid busy weekends in summer, you’ll feel the magic.

On the Algarve’s wild, wind-whipped west coast, crowds are few and the Atlantic waves are tremendous. Cliff-wrapped Praia da Arrifana is a gorgeous golden crescent, with a ruined fortress, beachside restaurant and plenty of serious surf. For more of the same, hop south to lagoonside Praia da Bordeira, where dunes fizz away into the brilliant blue sea.

Why the Azores are Europe's secret islands of adventure

Making just a tiny indentation on Menorca’s southwest coast, Cala Macarella is playa fantasy stuff, with flour-white sand and startlingly turquoise waters. Nuzzling among cliffs stippled with pines and holm oaks, the horseshoe-shaped bay can only be reached on foot or by boat. It gets incredibly busy in summer, so time it right by arriving early or late or visiting in the low season.

The Greek beach of a million postcards, Navagio in Zakynthos is one place you might be glad to find yourself shipwrecked – hence its prosaic nickname Shipwreck Beach. With mighty cliffs flinging up above a perfect arc of sand and sea so blue it looks Photoshopped, this heaven-on-earth beach is no secret. But if you dodge the high season, it’s still worth boating it out here to be momentarily floored by its beauty.

Half the fun is managing to find this remote, thrillingly wild beauty of a beach on Mallorca’s off-the-beaten-track Cap des Pinar peninsula. A walking trail descends through pines and scrambles down the coast to Platja de Coll Baix. A lovely scoop of pale pebbles and crystal-clear sea, rimmed by crumbling cliffs, the bay is at its peaceful best early or late in the day.

Solo in Mallorca for the very best of Plan B hikes

Too petite to name just one beach, the car-free islet of Île de Porquerolles, dangling just off the coast of Hyères, is a delicious amuse-bouche of the French Riviera - providing you sidestep the sun-worshipping day-trippers in the height of summer, that is. Come in the low season to truly feel the love for this crescent-shaped beach of pearl-white sand, skirted by pine and eucalyptus woods.

On the Látrabjarg Peninsula in the remote Westfjords of Iceland and reached by a winding mountain road, Rauðasandur is vast, empty and staggeringly beautiful. Formed by crushed scallop shells, its bronze sands are buttressed by dark cliffs, backed by an azure lagoon and tormented by a wild, wild sea. If you hike on Látrabjarg bird cliffs, keep an eye out for puffins and seals. On clear days, views reach to the Snæfellsjökull glacier volcano.

Why you should check out these magical Icelandic beaches

If you want to worship at the altar of the beach gods, Praia as Catedrais in Galicia is heaven. Taking its name (‘Cathedral Beach’) from the way wind and water have gnawed this stretch of coastline into spectacular rock arches, towers and chambers, it’s best visited at low tide when its long golden sands are properly exposed. In the height of summer, a free permit is needed to visit.

8 unmissable cities to visit in Spain

The Adriatic doesn't get much more ludicrously photogenic than the fortified island village of Sveti Stefan (Свети Стефан) in Montenegro. Here pines, olive trees and oleanders peek above 15th-century stone villas, which quietly survey pink sands and limpid waters from their rocky perch. You can laze on the beach, but unless you’re staying at the Aman Resort you can only visit the actual island by tour.

A taste of Cyprus before the dawn of tourism, delightfully secluded Lara Beach makes a little notch on the island’s west coast. It’s a bumpy drive (a 4x4 is advisable), but efforts are rewarded when you reach the tremendously unspoilt sands and pristine waters of this conservation area – an important hatchery and nesting ground for loggerhead and green turtles. Monk seals also inhabit sea caves around the peninsula.

The 5 most sensational road trips in Cyprus

The poster-child of Croatia’s coast, Zlatni Rat on Brač Island is no secret, but don’t let that stop you. Get a wriggle on in the low season instead to find a more peaceful vibe at this phenomenal sand-and-pebble beach, which dips its pale, slender toes into the inky Adriatic and gazes wistfully up to the rugged cliffs and forested mountains of Dalmatia. Pine trees offer welcome shade.

See the best of Croatia with this week-long itinerary

Appearing like a remembered dream in the painterly pastel light of sunset, Dueodde reclines at the southernmost tip of the island of Bornholm in Denmark’s Baltic Sea. Backed by expansive dunes and pines, its sand is as white and soft as talcum powder – so fine-grained, in fact, that it was once used in hourglasses. You can walk for miles, finding space and solitude, and wade out to sea forever with water only reaching your knees. By night, the only light comes from the stars and blinking lighthouse.

Ireland's Wild Atlantic Way hides a crock of gold when it comes to dramatic coastlines – and nowhere more so than at gloriously remote Keem Bay at the far west of Achill Island. A precipitous coastal drive fires the appetite for proper wilderness – and here you have it. Bearing the brunt of stormy seas and the fickle whims of the Irish weather, this half-moon bay of golden sand spreads at the foot of steep cliffs and grassy slopes. Basking sharks can sometimes be sighted offshore.

The road that helter-skelters down the steep hillside to Myrtos on Kefallonia quickens pulses as much as the bay itself. From above, it looks as though mighty Poseidon has emerged from the deep and cleaved the coast in two, leaving behind this fiercely beautiful white-pebble bay, framed by sheer cliffs and lapped by the sea that ticks almost every blue on the color chart. It’s justifiably popular so avoid peak times and seasons.

Everything you need to know about island-hopping in Greece

Sicily has some fantastic beaches up its volcanic sleeves, but a more wondrous spiaggia yet lies off the coast on far-flung, still-kind-of-a-secret Lampedusa – Italy’s southernmost island, which is technically closer to Tunisia. Here you’ll be blown away by the Spiaggia dei Conigli (Rabbit Beach), with its bleached sands and shallow aquamarine water. Accessible only by boat or on foot, the beach forms part of a marine reserve where loggerhead turtles nest – it’s, therefore, off-limits at night from roughly May to August.

Beaches that will blow your mind

This article was first published February 2021 and updated April 2022 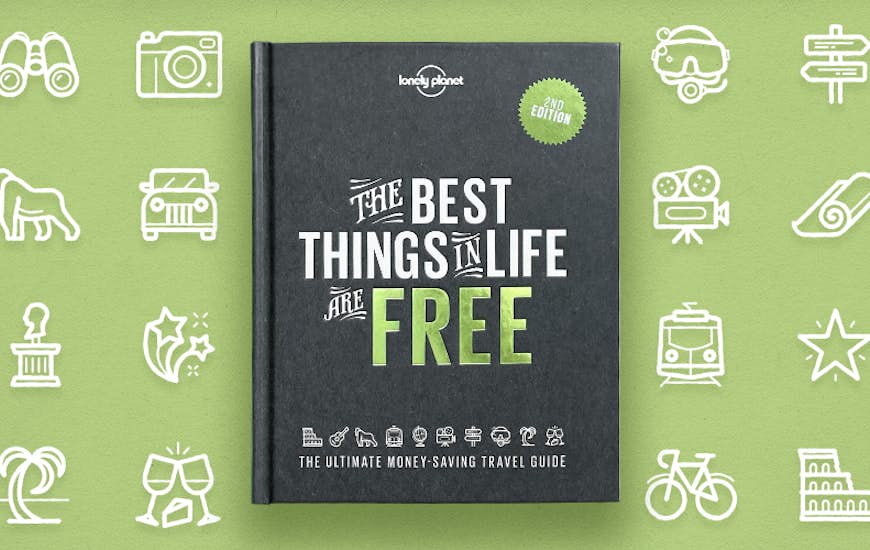 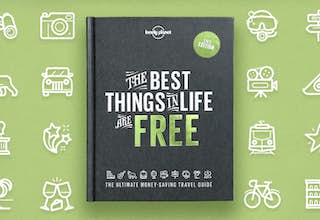