Whether bathed in the soft light of a long summer’s evening or shrouded in atmospheric mist, Scotland’s beaches hold an almost mystical appeal.

The country’s coastline totals an astonishing 12,000 miles, spreading across inlets, islands, rugged cliffs, sheltered coves – and expansive stretches of sand. The best beaches include the soft white sands and turquoise waters of Orkney, the northwest coast and the Hebrides, and the broad windswept golden strands of the east coast. From wildlife watching to invigorating dips in the sea to wind-swept walks, Scotland’s beautiful beaches offer an array of natural splendors and adventures.

With so much coastline to choose from, which are the best beaches in Scotland? Read on to find out.

Explore the planet’s most surprising adventures with our weekly newsletter delivered to your inbox.

The islands of Orkney off Scotland’s north coast are known for their ancient standing stones, prehistoric villages and sandy coves. Of all the islands in the archipelago, Sanday has the best beaches, which feature the kind of dazzling white sand more commonly associated with the Caribbean. Start the search for beach perfection in the north of Sanday at Whitemill Bay, which is peaceful, grass-edged and utterly serene. Six miles south lies the spectacular dune-backed peninsula of Tresness, which separates a sheltered bay from the North Sea.

Aberdeen has a spectacular 2-mile sweep of clean, golden sand stretching between the mouths of the Rivers Dee and Don. On a warm summer’s day, this is an excellent beach for watery thrill-seeking: when the waves are right, dedicated local surfers ride the breaks at the south end of the sand. For those in search of less...active recreation, the beachfront Esplanade boasts several traditional seaside attractions, including Codona’s, an old-fashioned amusement park, complete with stomach-flipping waltzers, bumper cars and a pirate ship.

The best beach camping in Scotland is at Long Beach, Knoydart

In the West Highlands, the beguiling coastal village of Inverie on the wild and remote Knoydart peninsula can be reached only by ferry (from Mallaig) or by foot. Here, the grassy plots at the community-run Long Beach campsite are among Scotland’s most beautiful and atmospheric places to pitch a tent. Wood is provided for campfires and views extend up Loch Nevis toward the Isle of Rum. The beach is a short walk from the Old Forge, a community-owned pub that’s known for its ceilidhs (informal gatherings with folk music and dancing) and locally brewed ale.

South of Cape Wrath in northwest Scotland, Sandwood Bay is one of Scotland’s best and most isolated beaches, guarded at one end by the spectacular rock pinnacle known as Am Buachaille (“The Shepherd”). A 9-mile round-trip hike from the Blairmore parking area (northwest of Kinlochbervie) follows a former peat track across bleak moorland puddled with lochans (small pools) before arriving, almost unexpectedly, at an expanse of pink-hued sand that meets the North Atlantic ocean. Few people walk all the way to the beach’s northern end, so if you’ve packed a picnic, that’s the spot to head to for total privacy.

Eight miles east of Thurso, a minor road leads to dramatic Dunnet Head, the most northerly point on the British mainland. Here, majestic cliffs drop into the turbulent Pentland Firth, revealing inspiring views of Orkney to the north. Below are basking seals and nesting seabirds, as well as a lighthouse built by Robert Louis Stevenson’s grandfather. Just south, the excellent curving strand of Dunnet Bay is one of Scotland’s finest beaches. Featuring high dunes, a campsite and a dog-friendly policy, this beach is a reason to visit this stretch of coast all by itself.

The best beach in Central Scotland is Portobello Beach, Edinburgh

There are several appealing beaches in Edinburgh’s suburbs in Central Scotland. One of the best is Portobello Beach, home to a kayaking and sailing club, as well as a popular sandy beach. Local swimmers brave the waters here year-round. Beach wheelchairs for adults and children are available to borrow free of charge.

The stretch of coast between the tiny villages of Arisaig and Morar in the West Highlands is full of rocky islets, inlets and gorgeous silver-sand beaches backed by dunes and machair (coastal grassland), with stunning sunset views across the sea to the silhouetted peaks of nearby islands Eigg and Rum. The Silver Sands of Morar, as they are known, draw crowds in July and August, when the many campsites scattered along the coast fill up. One of the most scenic spots is Camusdarach Beach, just south of Morar, which was used as a filming location for the movie Local Hero (1983). The sheltered waters here are perfect for swimming – if you like your water extra cold.

Accessible by ferry from Oban, the Inner Hebridian island of Colonsay boasts several pretty sandy beaches. In the northwest, Kiloran Bay is outstanding, and popular with surfers when the waves are good. Facing west, the scimitar-shaped strand of dark golden sand is also an ideal vantage point for watching the sunset.

St Andrews, the official home of the game of golf, is a lovely place to visit even if you’ve no interest in hitting little white balls with clubs. Several beautiful sandy beaches lie nearby, with the best one the magnificent 2-mile long West Sands beach, made famous by the film Chariots of Fire (1981), as the setting for an epic running race accompanied by the rousing music of Vangelis. Dogs are permitted to join you on your run.

At the foot of Cairngorm Mountain, Loch Morlich is a freshwater lake surrounded by mountains and trees and fringed with sandy beaches, with a water-sports center and beachside camping. The most picturesque way to get here is via the old logging from the Rothiemurchus Estate, today a walking and cycling trail through an old-growth Caledonian Scots pine forest carpeted with vibrant purple heather.

On the west coast of the island of Harris, Luskentyre is one of the biggest and most beautiful beaches in Scotland. Famous for its acres of blinding-white sands and cat-eye-green waters at low tide, this beach would be a heaving holiday resort were the climate a little warmer; as things stand, it’s often blissfully deserted. Walk west along the beach for gorgeous views across the sea to the island of Taransay.

The best beach for seaside activities is Coldingham Bay, Borders

Just an hour’s drive from Edinburgh, the picturesque coastline north of Berwick-Upon-Tweed is fantastic for those who love the great outdoors. Some of Scotland’s best diving and snorkeling spots are found here, as well as excellent cycling, walking, angling and bird-watching. In Coldingham, about 12 miles north of Berwick, a signposted turn-off leads down to secluded Coldingham Bay, which has a fine sandy beach and a clifftop walking trail to Eyemouth (3 miles). At St Vedas Surf Shop you can hire surfboards, sea kayaks and snorkeling gear.

Seek out adventure at Elie and Earlsferry, East Neuk, Fife

An hour’s drive north of Edinburgh and an hour and a half from Glasgow, the coastal villages of Elie and Ealsferry in Fife mark the southwestern end of the East Neuk, the most northerly part of the Firth of Forth. The main attractions here are sandy beaches, golf courses and coastal walks. The Elie chain walk is an adventurous scramble along the rocky shoreline at Kincraig Point, west of Earlsferry, using chains and steel rungs cemented into the rock (allow 2 hours, and ask local advice about tides before setting off). For a gentler day out, there’s nothing better than a lazy summer Sunday spent on the wide beach in the village of Elie watching the local team play cricket on the sand.

This article was first published May 2021 and updated July 2022 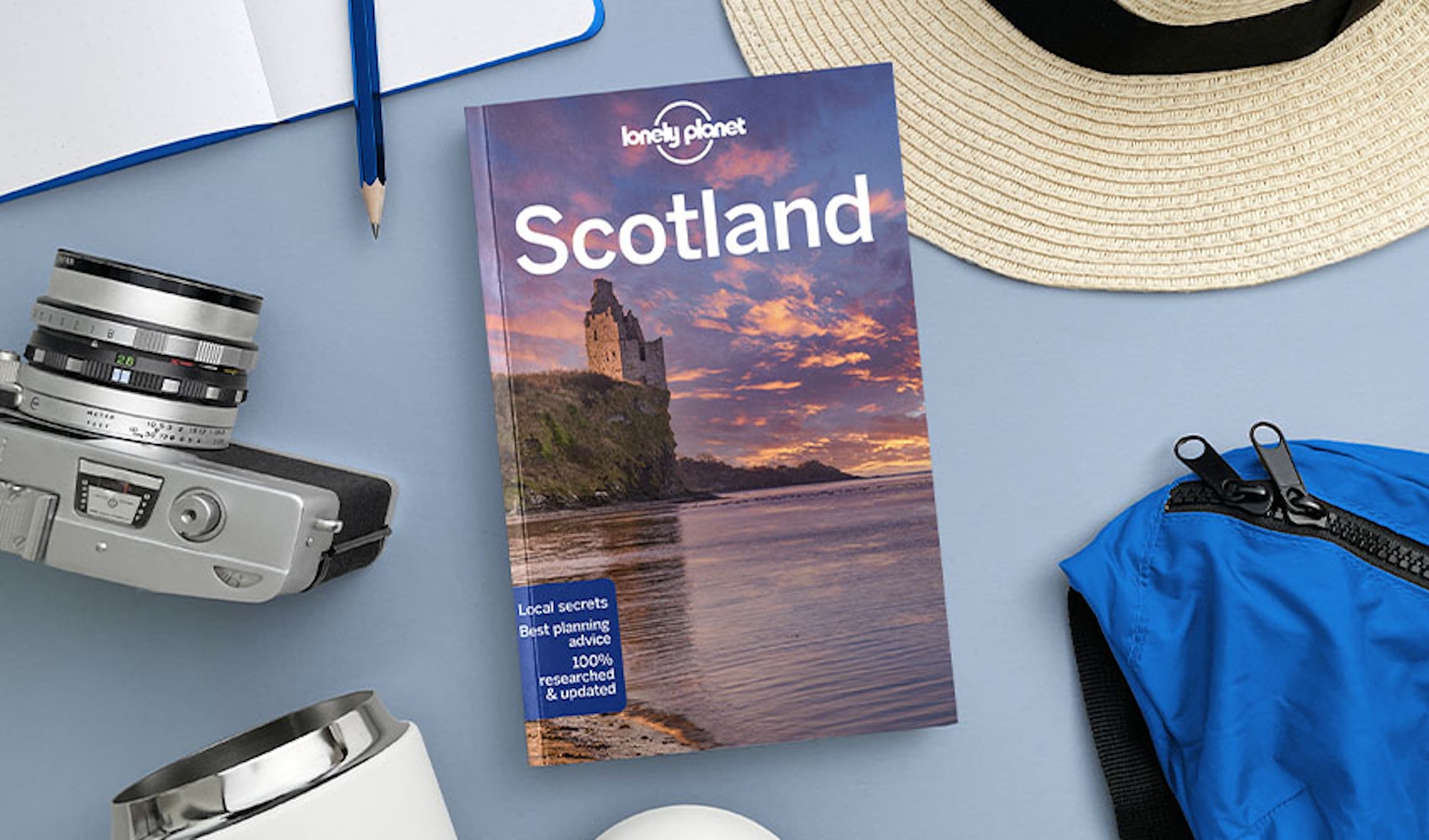 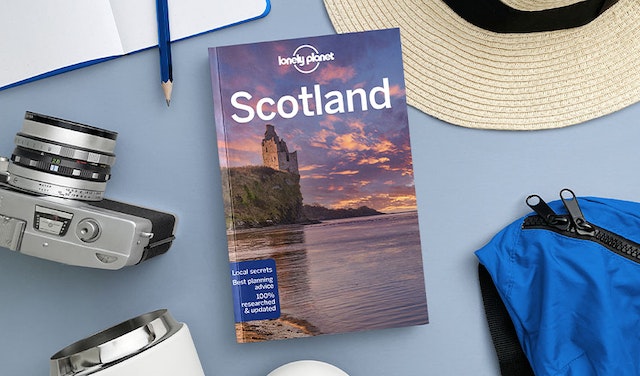