Whether you’re cruising in a chrome-plated RV or sputtering along in a vintage VW, there’s nothing quite like the thrill of hitting the road in a camper van, where you’re beholden to no timetable and limited only by your ambitions.

Most travellers set their satnavs for the smooth highways of the old dependables – North America, Australia and New Zealand – and with good reason (not least the savings offered on pricey accommodation), but those willing to navigate the potholes of roads less travelled may find richer rewards elsewhere.

Whatever your preference, there are open-road adventures to be had in these eight destinations perfect for a camper van trip.

It was billed as Scotland’s Route 66, but the North Coast 500 is of course nothing like its US counterpart. Cutting a course through sodden carpets of heather in the bleakly beautiful Highlands, the 516-mile route joins the dots between crumbling castles, weather-beaten fishing towns and middle-of-nowhere distilleries.

Lined with campsites, the road itself incorporates the meandering mountain pass of Bealach na Bà – the highest highway in Scotland – and swings by John o' Groats, the most northerly point in mainland Britain. Bring your bathers in case the weather behaves: there are some surprisingly beautiful beaches up here.

Most campers start and end their trip in Inverness – the largest city in the Highlands – whose cosy pubs, 19th-century cathedral and lofty castle bookend the journey nicely.

Where to hire: Local rental companies include Highland Coastal Campers, Loch Ness Motorhomes and Inverness Campervans
Rental costs: Campers from around £90 per day

Romanticised by beat writers and Hollywood film directors, the American road trip is practically a subgenre of its own. From Grapes of Wrath to Vanishing Point, Thelma & Louise to Sideways, the nation’s highways are littered with great plots.

Given the profusion of road movies that have come out of Hollywood, California is an apt place to (wheel) spin your own 4WD narrative. The Golden State offers a handful of iconic itineraries, from Highway 101 to the dirt tracks of Death Valley, but if you only drive one road, make Route 1, well, the one.

Lined with campsites, this feted highway hugs the rugged Californian coast for 143km between San Simeon and the Carmel Highlands. All plunging cliffs and wave-lashed beaches, it is the longest stretch of undeveloped shoreline in the US.

Where to hire: Local rental companies include Escape Camper Vans, Outdoorsy and Jurnii
Rental costs: From around USD$65 (£50) per day

3. East Coast Australia – for the hedonists

Buckle up in Sydney, where the booming market in used camper vans should produce a reliable set of wheels for those looking to buy. As the Opera House disappears in the rear-view, the East Coast unfurls to reveal impressive national parks, offbeat islands and hard-partying cities such as Brisbane, Cairns and Surfers Paradise. It’s not all boisterous beach jamborees, though. Quiet camping grounds can be found along the East Coast, including many free sites, which often include public barbecues for the obligatory shrimp tossing.

There are all kinds of East Coast road trip routes to take depending on the amount of time you want to spend and which stunning Australian sites you most want to see. The only hard part will be narrowing it down, or deciding where to begin.

Where to hire: Local rental companies include Hippie Camper and Travellers Autobarn.
Rental costs: From around AUD$22 (£12) per day

You’ll need a 4WD to tackle the otherworldly landscapes of Namibia, where buzzing cities, stark desert scenes and wildlife-rich national parks are amongst the highlights.

Most self-drive trips begin in Windhoek, whose Bavarian-style boozers are the perfect place to pore over maps and finalise routes. Be sure to set the GPS for Etosha, a Belize-sized national park where self-drive safaris and in-park camping are permitted, offering early morning sightings of rhinos, elephants and lions before other tourists have finished funnelling through the gates.

Top off your tour with spectacular drives through the shape-shifting sand dunes of the Namib Desert and a stop-off to eyeball the colossal rusting shipwrecks along the Skeleton Coast. A word of caution: Namibia’s roads are mostly loose gravel and there are often large distances between towns, so forward planning is essential, including camp site bookings. If you enjoy the ride, however, you might find yourself hungry for more opportunities for overlanding in Africa.

Where to hire: Local rental companies include Bobo Campers, Namibia 4x4 Rentals and Caprivi
Rental costs: From around RM940 (£50) per day

5. Japan – for the culturally curious

The idea of driving in Japan might seem terrifying, but a road trip here is surprisingly serene: aside from the odd boy racer, Japanese motorists are generally courteous, whilst modern satnavs mean there’s now no need to worry about translating signs. Having a mobile home here also saves on hotel costs – some of the most expensive in Asia.

Wending their way from snow-capped peaks to palm-fringed beaches – via limpid lakes and primeval forests – Japan’s highways offer a privileged perspective on parts of the country that many visitors don’t get to see. Fill up on culture as well as gas in pulsating cities, middle-of-nowhere temples and traditional villages.

With views of Mount Fuji and Lake Ashinoko, the Hakone Skyline Course is one of the country’s most scenic drives, and is conveniently lined with handy rest stops. No less stunning is the Mikuni Pass, which tiptoes above primeval forest in Tokachi Subprefecture.

Where to hire: Local rental companies include Japan Campers, Camgo Campervan and Rental Camper
Rental costs: From around ¥5,800 (£39) per day

Travellers often proclaim New Zealand to be the best destination for a camper van holiday – and it’s hard to argue otherwise. From glistening glaciers to wave-lashed shores, its landscapes bring a certain grandeur to road trips, while its hiking trails and legion of campsites make the scenery eminently accessible.

If you like lofty peaks then chart a course through the North Island’s volcanic heartland, stopping off at the hiker’s paradise that is Tongariro National Park. For rugged seashores take the ferry to the South Island and drive the windswept West Coast, past Franz Josef Glacier to Milford Sound.

Buying a camper van is practically a rite of passage for travellers in New Zealand. Trusty steeds can be purchased at Auckland’s famous car fairs, though there are plenty of places to rent if you don’t want the hassle of haggling. Another plus is the 200 or so campsites run by the Department of Conservation; spread throughout the country, these spots offer low prices and excellent facilities amid some unbeatable rural settings.

Where to hire: Local rental companies include Maui Rentals and Wilderness.
Rental costs: From around NZD$25 (£13) per day

It’s hard to lose your way on a camper van holiday in Chile, where the foolproof Pan-American Highway runs almost straight down the spine of the country, dispatching road trippers to colourful colonial cities, arid deserts and verdant national parks.

The sheer variety of landscapes is staggering. It seems hard to believe that the Atacama Desert – supposedly the driest place on Earth – is found in the same country as the vineyard-carpeted Elqui Valley and the ice-blue glaciers of Patagonia.

It’s not all about natural wonders. The 3364km Pan-American also serves up swaggering seaside cities in the form of Iquique, La Serena and Valdivia, and, of course, the capital, Santiago, behind which loom the lofty peaks of the Andes.

Where to hire: Local rental companies include Wicked South America, Condor Campers and Andes Camper
Rental costs: From around CLP$20,000 (£23) per day

8. Alberta, Canada – for fans of the cold

Icefields Parkway manages to distil almost everything that’s epic about the Canadian wilderness into a brisk 230-km camper van route. From sparkling glaciers to wildflower meadows, snow-capped mountains to cascading waterfalls, this highway packs in some serious scenery.

Calling at Banff and Jasper National Parks, the route hits a sweet spot in May, when spring makes its presence felt in the flowery foothills, but skiing is still possible on higher ground for those who have packed their boots and poles. Come a little earlier – in April – and you can even skate on Lake Louise.

Before you return the camper van, take a detour to the sandstone hoodoos of Alberta’s Badlands, an alien-looking landscape where some of the rarest dinosaur fossils known to humanity have been found.

Where to hire: Local rental companies include Canada RV Rentals, North Campervans and Wicked Campers Calgary
Rental costs: From around CAD$99 (£56) per day

This article was first published in April 2019 and last updated in February 2020. 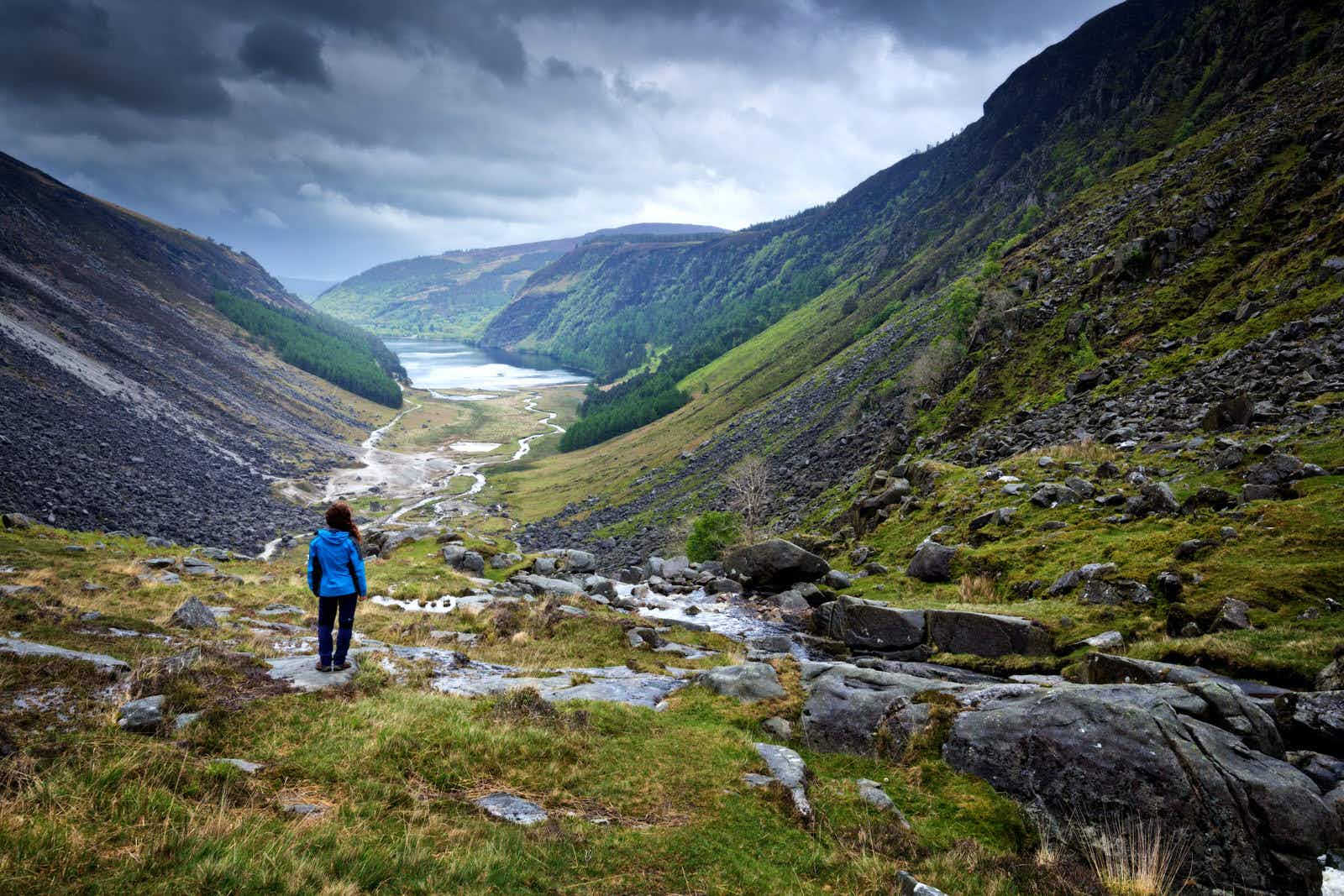 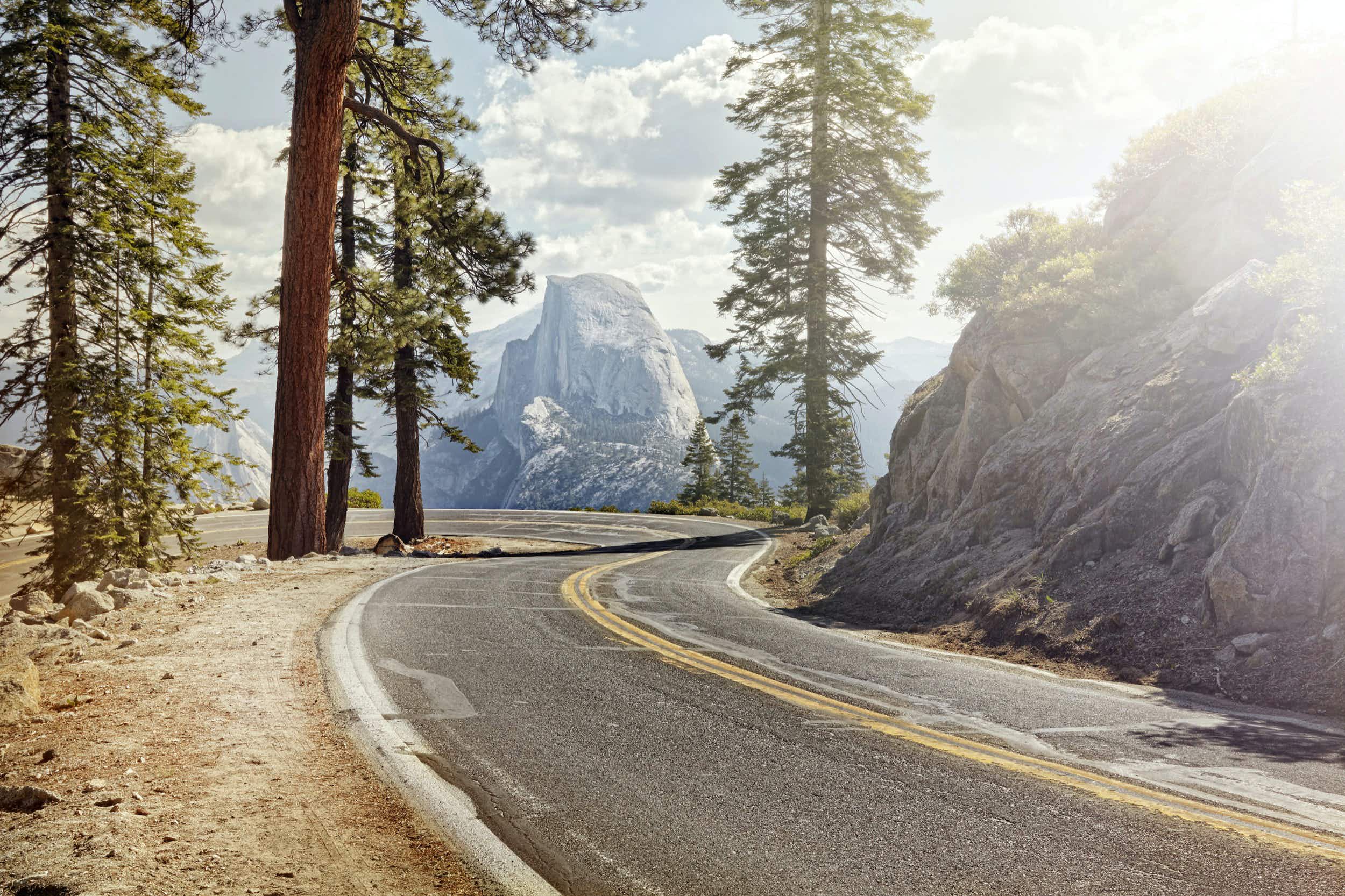 Visit all of California's national parks in one legendary road…