Star Wars: May the force be with you at these filming locations

Whether you've already seen every Star Wars film and binged The Book of Boba Fett, or you don't know a lightsaber from a blaster pistol, you need not be a fan to be in awe of the franchise's otherworldly filming locations.

Here's a guide to the earthbound places featured in that galaxy far, far away.

Study the picturesque beaches of Jandía Natural Park on the island of Fuerteventura and you'll find yourself on the planet Savareen as seen in Solo: A Star Wars Story.

Secret Tenerife: where to enjoy the remote outdoors

Ong Jemel, Tunisia seen in Episode I - The Phantom Menace and Episode II - Attack of the Clones

In the Star Wars universe, Mos Espa is a spaceport settlement located in the lawless universe of Tatooine. On planet earth, head to Ong Jemel in Tunisia to experience the desert world in person.

Wadi Rum Desert, Jordan seen in Episode IX - The Rise of Skywalker and Rogue One: A Star Wars Story

Make your way to Planet Pasaana by way of a visit to Wadi Rum – Jordan's breathtaking, rust-colored sandy oasis. Wadi Rum has been seen in Episode IX - The Rise of Skywalker and Rogue One: A Star Wars Story. Its rocky terrain and dry conditions make for the perfect backdrop to an alien world.

The best places in Jordan to enjoy nature, culture, desert landscapes and more

The filmmakers of Episode VII – The Force Awakens could have plonked their cameras almost anywhere in Iceland, such is the otherworldliness of its landscape. Rumors suggest the Star Wars crew focused its attention on the northeast Mývatn region, which is a good bet: home to a spectacular lake, the Krafla volcano and more gurgling mud pots, steaming fumaroles and weird lava formations than you can shake a stormtrooper at.

The oh-so-huggable Ewoks once frolicked in California’s Jedediah Smith Redwoods State Park, but insiders say they’ve taken up residence amid the ancient trunks of Puzzlewood, deep in the Forest of Dean. It’s certainly a hallowed spot for fictional worlds, having inspired Lord of the Ringsauthor JRR Tolkien and Harry Potter creator JK Rowling, among many others. Walk, cycle or paddle your way through England’s oldest oak forest and look for a telltale pair of furry ears.

It’s not hard to see why Skellig Michael was a filming location for Star Wars: The Force Awakens and Star Wars: The Last Jedi. The atmospheric, wind-scoured rock, which is home to a Unesco World Heritage-listed monastery, is a perfect spot for a jedi to hide. The crossing to the island is choppy but worth it: catch a boat from the mainland between May and September.

Tunisia supplied the sand for Star Wars sets of years gone by, but the city of Jakku in Star Wars: The Force Awakens were shot near Abu Dhabi. This city built on oil money boasts space-age malls, but director JJ Abrams was more interested in the restless, romantic dunes of the Rub' al Khali (also known as the Empty Quarter) – one of the world’s largest and, oh yes, emptiest desert seas.

Finse, Norway seen in Episode V - The Empire Strikes Back

Head north from the remote village of Finse and you’ll end up on the ice-bound planet of Hoth, backdrop of arguably the greatest battle scene in Episode V - The Empire Strikes Back (OK, OK: in reality, it’s the Hardangerjøkulen icecap). Finse, which is accessible only by train, bike or foot, is one of the best places in Norway for a pure Arctic-like wilderness experience. But remember that you’re more likely to spot a reindeer than a wampa.

Where to find myth and legend in Norway's wildest landscapes

Guilin, China seen in Episode III – Revenge of the Sith

Han Solo’s shaggy sidekick had to come from somewhere special; Guilin fitted the bill for Chewbacca thanks to its verdure-draped karst limestone mountains. These jagged rock forms are one of China’s most popular tourist attractions, and Guilin (aka the Wookiee home planet of Kashyyyk from Episode III – Revenge of the Sith) is a major gateway to the intriguing Guangxi region.

Various desert destinations have stood in for Tatooine, perhaps the most important planet in the Star Wars saga. Tunisia has supplied backdrops, as has Abu Dhabi. But the filmmakers also found inspiration in their own backyard.

The panoramic view from Dante’s Peak in Death Valley, one of the most inhospitable places on Earth never mind the USA, appears in Episode IV – A New Hope. The surrounding national park is a wonderland of water-sculpted canyons, sand-surfing boulders and palm-shaded oases.

George Lucas felt Guatemala was a fine stand-in for a "jungle moon" when he made the original Star Wars film in the mid-1970s (now somewhat confusingly known as Episode IV – A New Hope). We can only agree. The forest-clad base from which the rebels launch an attack that ultimately destroys the Death Star is, in fact, Tikal – the ruins of an ancient Mayan empire. Star Wars trivia aside, this Unesco World Heritage-listed site full of temples, altars and artifacts is a bonafide highlight of Central America

The 10 best beaches in Guatemala for quiet escapes, black-sand beaches and people watching

Fire your enthusiasm for the franchise with a guided tour of grumbling Mt Etna, the bad-tempered volcano on the east coast of Sicily. This 10,922-foot (3329 meters) mound of trouble doubled as the planet Mustafar in Episode III – Revenge of the Sith. Obi-Wan Kenobi and Anakin Skywalker were set to square off on its fiery slopes (or rather, they appeared to...in reality, Lucasfilm sent camera crews to film one of Mt Etna’s regular eruptions, then used the footage as the backdrop for the pair's dust-up).

From Amalfi to the Apennines: these are 7 of the best hikes in Italy

Grindelwald, Switzerland seen in Episode III – Revenge of the Sith and Episode IV – A New Hope

Alas, Grindelwald (aka the planet Alderaan, home of Princess Leia) doesn’t get much screen time; apart from its brief, disastrous turn as target practice for the Death Star’s super-laser in Episode IV – A New Hope, it appears just once, as a mountainous backdrop in Episode III – Revenge of the Sith.

But don’t let that put you off, friends: this outpost in Switzerland’s Bernese Alps is a popular base for skiing in winter, hiking in summer and ascents of the formidable north face of the Eiger.

Views you have to see to believe: 9 must-do hikes in Switzerland

While technically not locations used for filming Star Wars, Galaxy's Edge found in Disneyland and Disney World is about as close as you can get to beaming into the universe. You'll find immersive experiences throughout the near-identical lands, from tingling cocktails and galactic beats at Oga's Cantina to Rise Of The Resistance, a breathtaking thrill ride where you become a Resistance spy on a secret mission.

You might also like:
10 movies to inspire your next trip
Fuel your wanderlust in 2021 with these books and movies
Best travel films and TV shows to stream right now

This article was first published December 2015 and updated April 2022 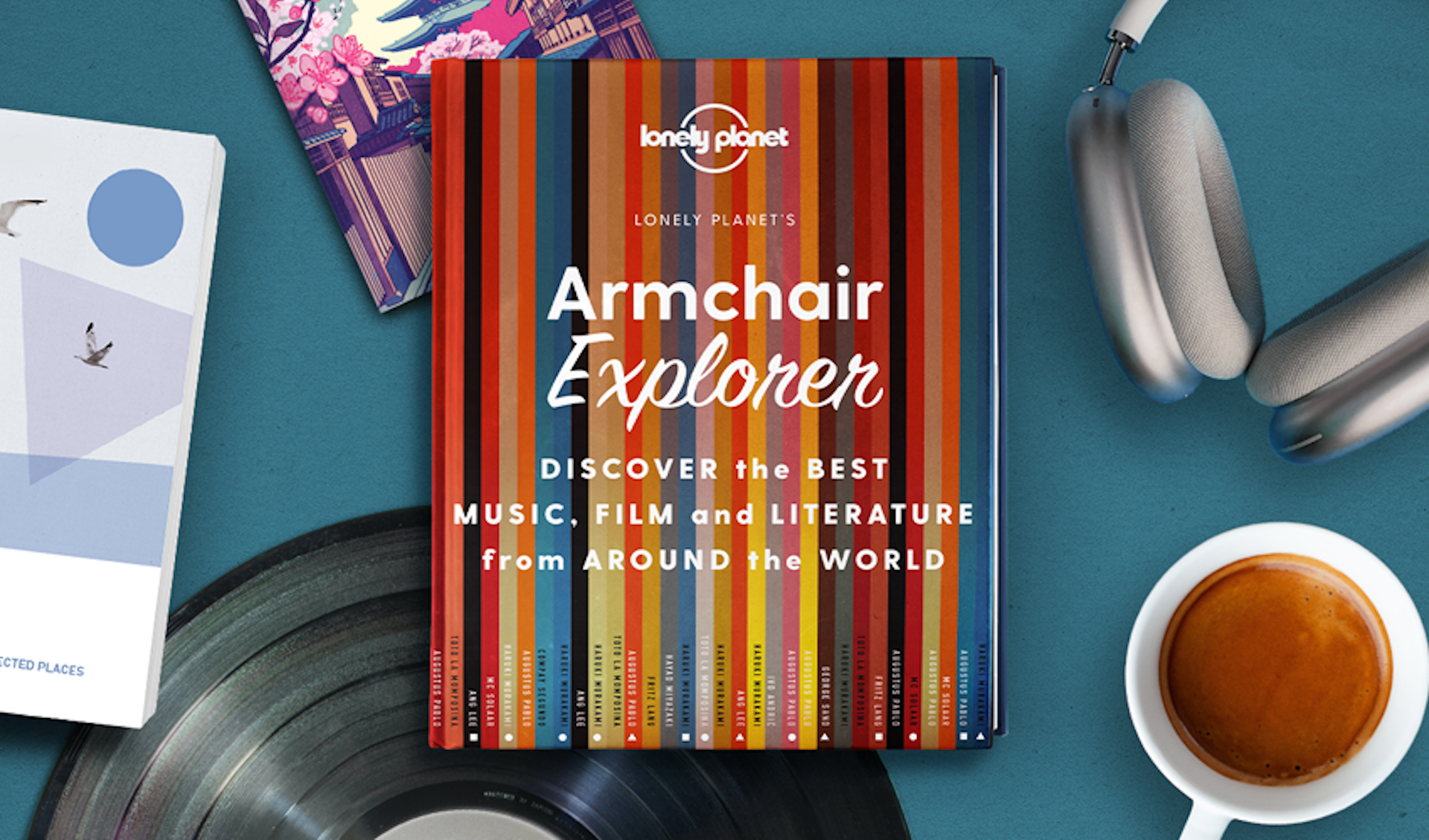 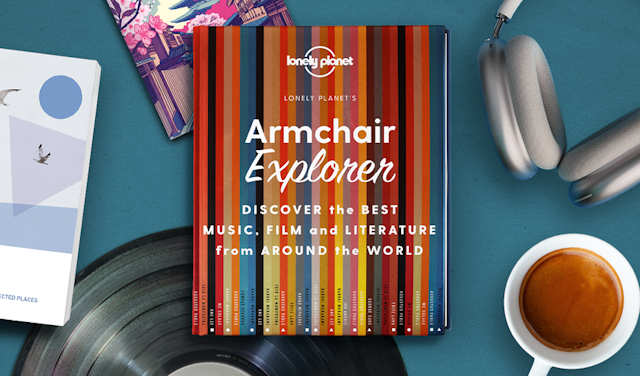