The 7 best hikes in Italy 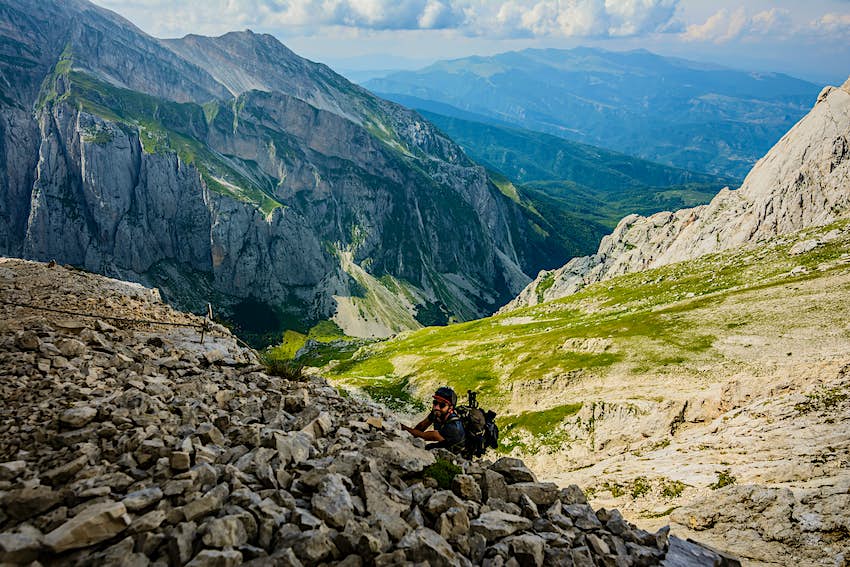 While Italy's natural wonders are well documented, it isn't until you strike out into the wild mountains and trek along its vertiginous coastlines that you realise how bella this country really is.

From the cliff-hanging trails of Amalfi to the colossal granite spires of the Dolomites, volcano climbs in Sicily to hikes deep into the heart of the flower-freckled Apennines – Italy is a boot made for walking. Here are seven of the country's best hikes, with info on how to tackle them. Travel for tourism is currently permitted in Italy, but be sure to check the latest information before departure.

The Parco Nazionale del Gran Paradiso in the Graian Alps is a staggering wilderness of jewel-colored lakes, forests and some of Italy's highest mountains, including its eponymous 4061m peak. This classic one-day hike takes you right to its heart. From the town bridge in Valnontey, the Alta Via 2 leads on an old mule trail uphill to 2588m Rifugio Sella, a former hunting lodge of King Vittorio Emanuele II. Between here and Casolari dell'Herbetet, a park ranger's base to the south, hikers will find a short, airy traverse with a length of chain for protection.

The day's ascent is 1180m and the trip is virtually downhill all the way back to the village from the casolari.  The views across the valley are simply breathtaking: spiky peaks, small glaciers lining the eastern skyline, and the mighty Ghiacciaio Tribolazioni below Gran Paradiso itself. Herds of ibex and chamois graze peacefully on steep patches of grass and you should also hear and see marmots. Only tackle this one on a clear day – you’ll need to be surefooted and have a head for heights.

Madre Natura was generous with Italy in the looks department, but she surpassed herself in the Dolomites. The cloud-scraping spires and limestone towers that fling up above meadows, lakes and spruce forests in the country's northeast offer some of Europe's most compelling walking country. If you're going to do just one day hike here, make it the Tre Cime di Lavaredo Circuit in the Parco Naturale Tre Cime.

The trail weaves to Rifugio Lavaredo, then climbs up to Forcella di Lavaredo (2454m) with pop-up views of the Tre Cime – a trilogy of photogenic peaks shaped like bishops' mitres, before heading on to Rifugio Locatelli and back to Rifugio Auronzo (bar and restaurant only in 2020). Get an early start to appreciate the trail at its silent best (it can get busy, especially during the summer months) and avoid afternoon thunderstorms. Access the route via the toll road from Misurina (€30).

True to its name, the Sentiero degli Dei (Path of the Gods) presents a heavenly canvas of southern Italian landscapes, with tremendous views of the rugged, densely wooded Lattari mountains that swoop down to the glittering Mediterranean and distant glimpses of Capri.

Following an elevated, often rocky mule trail linking Positano to Praiano, the path unzips some of the area's least-developed countryside. You'll traipse past terraced hillsides, lemon orchards and macchia (scrub) of rosemary and holm oaks. A flight of 1500 steps unfurls down to Arienzo, where you can pause for a refreshing dip. Pack a picnic and grab a map of the walk from local tourist offices.

Presiding over the jagged rockscapes of the Parco Nazionale del Gran Sasso e Monti della Laga, one of Italy's largest national parks, 2192m Corno Grande ("Big Horn") is the highest peak in the Apennines. Take the via normale (normal route): it's a surprisingly straightforward climb along moraine-streaked slopes to the summit with some easy scrambling on the final leg. The peak provides travelers with mesmerizing views of the rippling mountain range and the Adriatic, a distant glimmer on the horizon, as well as tantalizing glimpses of Europe's southernmost glacier, the Calderone.

Experienced hikers can choose the alternative ascent that zigzags directly to the summit, a much tougher climb. In the quiet of early morning or late afternoon, you might spot a nimble-footed chamois or a royal eagle wheeling overhead. The best window for this hike is from early June to late September when the mountain is free of snow.

Start/end: check ahead to see which sections are open | Duration: three to four hours | Difficulty: easy–moderate

Yes, Cinque Terre really is as jaw-dropping as the photos you’ve seen. The five preposterously perched fishing villages in ice-cream colors look as though they’ll topple off the cliffside with the merest puff of wind. The Sentiero Azzurro (Blue Trail, marked No. 2 on maps) used to string them all together, teetering past vines, olive groves and terraced hillsides, hugging the contour of the coastline cliffs along the sapphire Ligurian Sea but, due to landslides, some sections of the route are currently inaccessible.

The route is best walked east to west, from Riomaggiore to Monterosso, but with parts of the trail closed until at least 2021, be sure to check the the official website before departure. You'll also need to purchase a Cinque Terre Card (€7.50 for one day), which gives you access to the national park and use of the facilities.

Often hailed as Italy's toughest trek, the Selvaggio Blu, or the "Wild Blue", isn't for the faint-hearted. Threading its way along the Golfo di Orosei on Sardinia's east coast, this is an epic, off-the-radar trek that requires mountaineering experience. Signs and water are desperately lacking, trail finding is tricky (even with GPS) and the going can be tough with abseils of up to 45m and UIAA grade IV+ climbs.

But it's worth it. The multi-day hike takes you along one of Italy's wildest and most isolated coastlines, with deep gorges, impenetrable vegetation, cliffs dipping up to 800m and unrivalled views of the Mediterranean. Old shepherds' and charcoal burners' paths weave past silent coves and dramatic overhangs. Unless you are familiar with these parts, however, you're going to need a guide.

The hike up to Stromboli's perfect pyramid of a volcano, thrusting spectacularly above the cobalt sea, certainly has the wow factor. It's not every day, after all, that you get to trek up to a permanently active, smouldering cone. The most captivating of the Aeolian Islands, Stromboli is a whippersnapper in volcanic terms, only formed a mere 40,000 years ago. For nature lovers, the climb to its crater is one of Sicily's not-to-be-missed experiences.

The hike is as diverse as it is exhilarating, with wild capers and Sicilian broom lining the trail; it gives adventurers great panoramas over Stromboli town as well as starker, high-level elevation landscapes that contrast with dramatic sea views. Go at sunset to witness the crater's fireworks at the 924m summit as day fades to night, then hike back down to town by flashlight in the darkness. Authorities strictly regulate access – you can walk freely to 400m, but you'll need a guide (such as the knowledgeable guides at Magmatrek) to continue any higher. It's also worth remembering this is an active volcano – with a major eruption as recently as July 2019 – meaning this climb, though beautiful, comes with a level of additional risk.

Just back from: the Aeolian Islands, Italy

The best seasons for hiking are spring and early autumn, though the window is shorter in the Alps and Dolomites (late June through September). Bear in mind that most Italians holiday in August, so trails are at their most crowded and rifugi (mountain huts) are usually booked solid that month.

Most local and regional tourist office websites provide information about walking in their area. The Italian Parks organisation lists walking trails through each of the country’s 25 national parks.  Tabacco produces a decent range of topographic 1:25,000 hiking maps.

Article first published in November 2015, and last updated in July 2020. 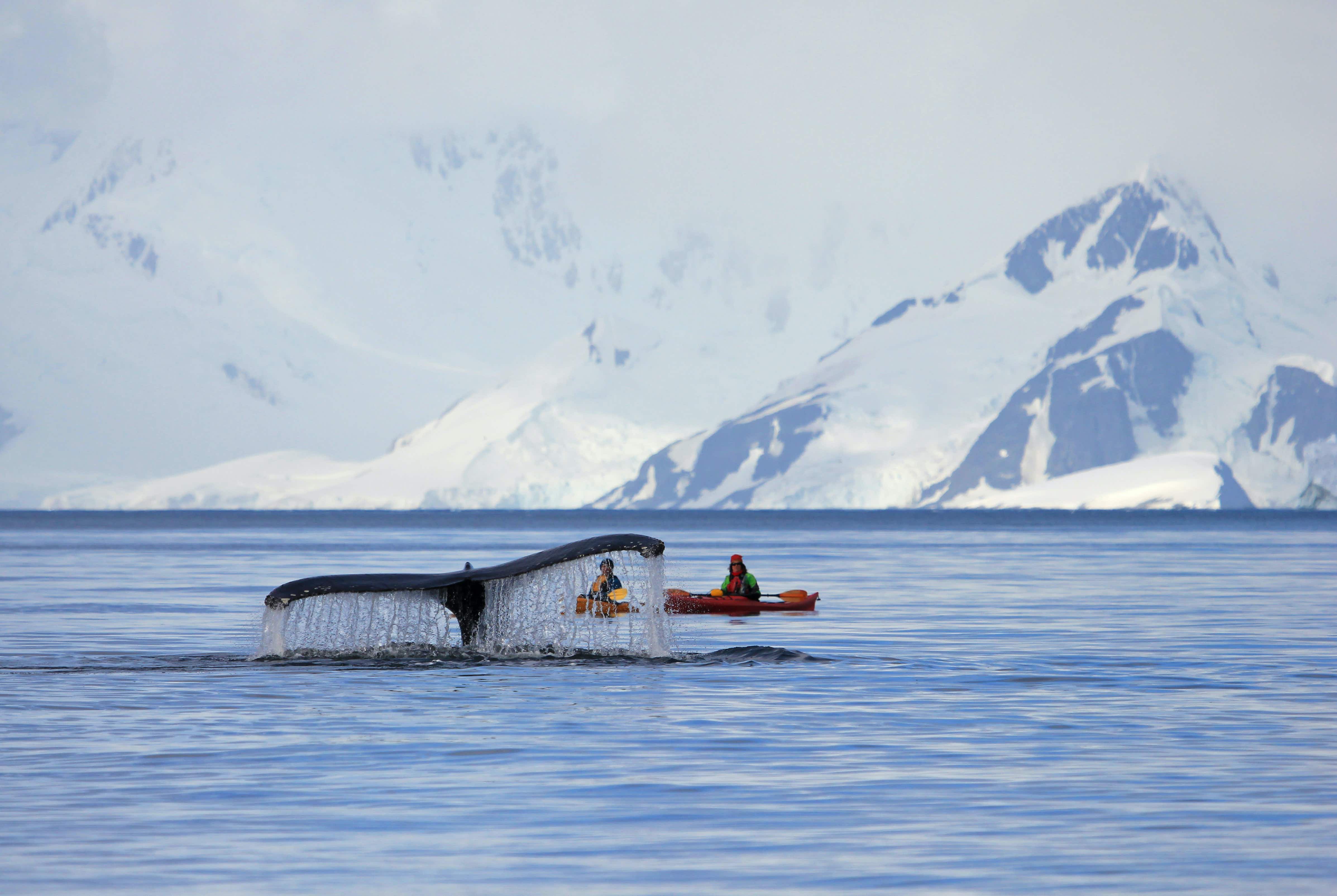 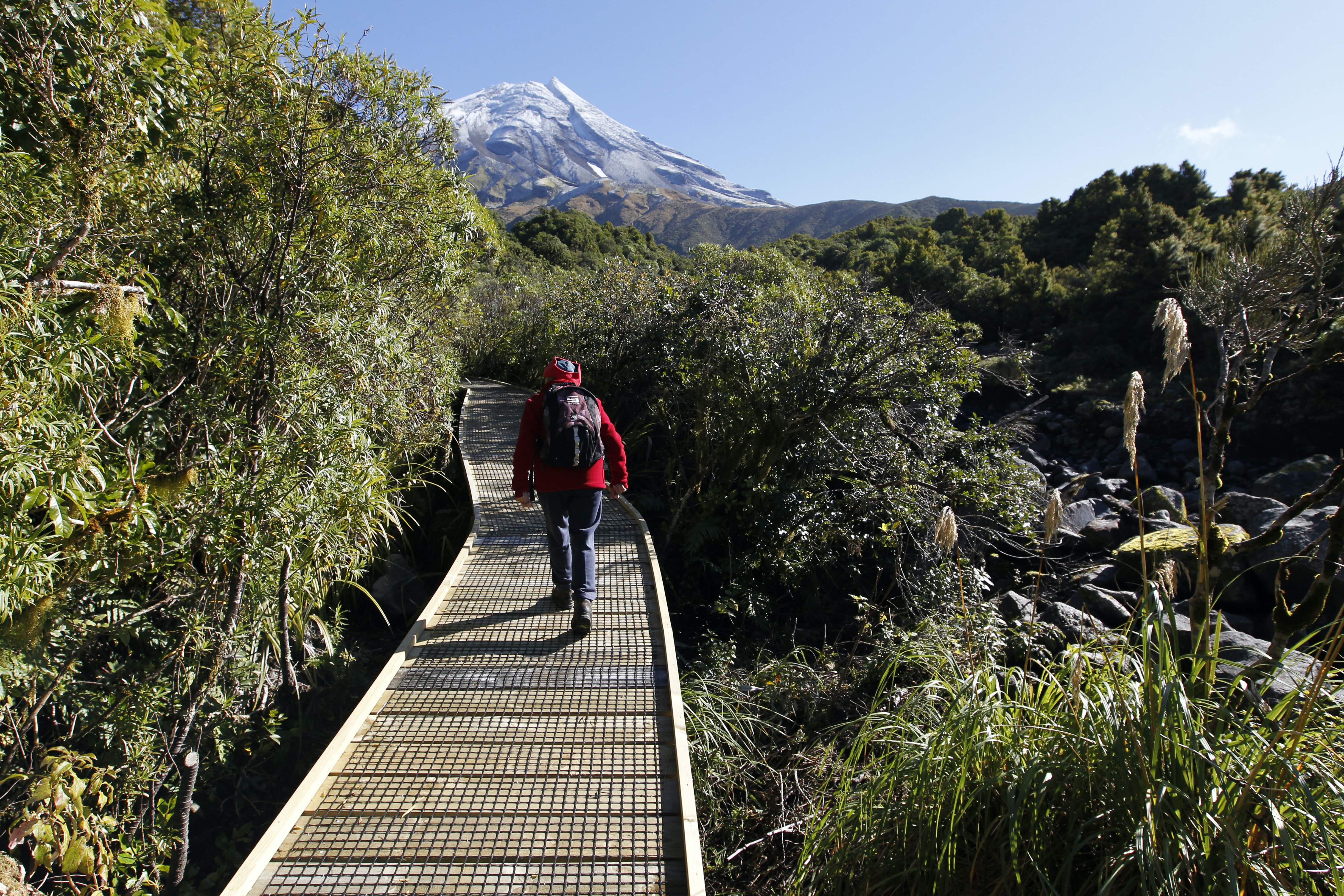