India is all these things, and more. How can you possibly prepare yourself for the ultimate travel plunge? Start with our tips for travelling to India for the first time!

Looking to leave the tourist crowds in your wake? See our guide to getting off the beaten track in India.

As well as its beauty and wonder, India has an often deserved reputation for touts, scams, and other hassles. There are ways you can reduce the chances of being overcharged or cheated, but you will have a few encounters with scammers on your trip, so keep your wits about you and remember that deals that sound too good to be true usually are. In particular, be wary of taxi and rickshaw drivers who insist on taking you to specific hotels, shops or travel agencies – the cost of their commission will be added to your bill.

The single most important piece of advice for any India first-timer is to try to remain calm, no matter what. Frustrations boil over easily in India, and being able to control them, take a deep breath and move on, is key to enjoying your time here. If you’re getting stressed about losing some money or being scammed, take a moment to consider how much you’ve really lost and whether it’s worth getting that fussed about in the grand scheme of things.

Many people try to cram too much into a visit to India and subsequently burn out. To get the best out your trip, concentrate on a few places rather than trying to tick off as many as possible. Seeing one or two places slowly can be much more rewarding than getting round loads of places but not having time to appreciate any of them.

Spend a few days in one spot and you'll be less stressed, gain a deeper understanding of where you are, and have more time to get to know the people you meet – your exchanges with hospitable locals will almost certainly lead to some of the most memorable moments of your trip.

You may also like: India's most beautiful stepwells and how to visit them

With over a billion locals, many parts of India are certainly crowded. The bustle and mayhem can be fun, particularly if there's a festival in town, but it's easy to reach the point of saturation.

Fortunately, India has plenty of quiet retreats, so plan some relaxing escapes into your journey. To keep your batteries charged, spend some days or weeks in a city, followed by some downtime in the countryside or smaller town. For inner (and outer) peace, head south to the backwaters and beaches of Kerala, or north to India's captivating hill stations or the Tibetan-influenced valleys of the Himalaya in Ladakh, Sikkim and Himachal Pradesh.

You may also like: why you should give the Indian capital a chance

India has a somewhat notorious reputation amongst travellers for so-called Delhi belly (an upset stomach). No one wants to get ill, particularly if you’re on a shorter trip, so it pays to take steps to avoid a dodgy tum. Never drink tap water, and steer clear of any food that may have been washed in it. As a precaution, avoid ice, ice cream, and salads and fruit you haven't just peeled yourself.

It's also wise to let your stomach acclimatise for a few days before launching into a mega-spicy street food feast, and whenever buying street food, apply the same assessment of cleanliness standards as you would anywhere: are the owners freshly cooking the food or has it been standing there for a while? Is the stall busy with lots of customers or only attracting hoards of flies?

Many travellers go veggie whilst in India, and it's not a bad idea, as a dodgy bit of meat will do you a lot more harm than undercooked vegetables. Plus, many Indians are vegetarian, so the country offers perhaps the world's most fabulous choice of vegetarian food. If you do eat meat, make sure it's well cooked, and stick to stalls and restaurants that are packed with locals (the best barometer for hygiene standards).

When you’re on the road, you may well find you have to use some less than sanitary toilet stops, but these don't have to be health hazards. Toilet paper is rarely provided (though can easily be pinched from hotel rooms!), but the left-hand-and-water-jug method preferred by many locals can be fine if you carry soap with you so you can wash your hands properly afterwards. Anti-bacterial wipes and anti-bacterial gel are also handy to keep in your day bag for a last minute clean up before eating with your fingers.

You may also like: a guide to India's beautiful Andaman Islands

India packs a lot into a massive space, and you'll never have time to see it all on one trip. Think about what interests you, what you like doing and how much time you have, and tailor your trip accordingly.

Be realistic about how much you can fit in. Rather than trying to see the whole country, you may get more out of your trip if you concentrate on the south of the country, or on the north. However, internal flights – or much more enjoyable and atmospheric long-distance trains – are plentiful and inexpensive so you can hop from north to south if you want a taste of both worlds. The itineraries section at the front of Lonely Planet's guidebooks to India can be a great help, but here are some possible itineraries to get the ball rolling:

The classics: The most popular India tour is the all-time classic Golden Triangle. If time is short this is a fantastic introduction to three of India's top destinations, Delhi, Agra and Jaipur, and you can squeeze it into a week if you don't mind moving every couple of days. Start in Delhi, with sights such as Humayun's Tomb and the Red Fort, before hitting Agra and touring the Taj Mahal, Agra Fort and Fatehpur Sikri. Then it's on to Jaipur to explore the Pink City and the fort at Amber, before returning to Delhi's wonderful bazaars for a final shopping spree before you fly home.

Religious sites: If it’s temples you’re after, you’ll find them everywhere, but in north and central India, you'll be truly spoiled for choice. There’s the Golden Temple in Amritsar, the erotically carved edifices of Khajuraho, Konark's rock-carved Sun Temple, and cohorts of exquisitely hewn milk-white-marble Jain temples in Rajasthan and Gujarat. Temples in the south are something else again, with towering, statue-covered gopuram towers; there are stunning examples at Hampi, Madurai, Tiruchirappalli and Tiruvannamalai, and exquisitely decorated temple caves at Ajanta and Ellora, and Elephanta Island near Mumbai.

Mughal magic: Fans of Islamic architecture will find some spectacular monuments in Delhi, home to the Red Fort, the mosques and minarets of the Qutb Minar complex and Humuyan’s Tomb. Nearby you can revel in more graceful Mughal splendour at Fatehpur Sikri and Agra, home of the Taj Mahal, before exploring Rajasthan's captivating collection of Mughal forts, including Jaisalmer, the very vision of an Arabian Nights desert fortress.

Beaches & waterways: Head south to enjoy India’s finest beaches. Munch bhelpuri (puffed rice, noodles, green mango and a tangy sauce) on Mumbai’s Girgaum Chowpatty beach before drifting south to the sand and sun in Goa. Take your pick of the Goan beaches – Arambol, Vagator, and Palolem are top spots – or try the black sand beaches of Kovalam and Varkala in Kerala, as well as lesser-known, golden sand in the north of the state. Kerala is also famous for its meandering backwaters, where you can hire a houseboat or a canoe and let the world glide gently by. Similarly serene is beautiful Dal lake in Srinagar in Kashmir, where – depending on the security and political situation – you can watch the mountains rise out of the mist from the walnut windowframe of a traditional wooden houseboat.

Wildlife encounters: Your best chances of spotting a tiger are in the national parks of Madhya Pradesh or Rajasthan, but there are national reserves all over India where you can track down wildlife as exotic as lions (Sasan Gir, Gujarat), wild asses (Little Rann, Gujarat), one-horned rhinos (Assam) and wild elephants (Wayanad, Kerala), as well as abundant birdlife (Bharatpur, Rajasthan). Not quite wildlife, but certainly wild, are camel treks through the desert from Jaisalmer or Bikaner in Rajasthan.

Trekking & mountains: The north is a playground for adrenaline seekers, with pretty much every outdoor activity imaginable on offer in the Kullu Valley and the high reaches of Uttarkhand and Himachal Pradesh, from treks to skiing and white-water rafting. Shimla, the classic hill station, is a great place to start, as is Manali, still further north. Ideal trekking season is in September/October, after the monsoon. To take adventure up a notch, set off from Manali for the epic two-day journey (possible from mid-June to mid-September) to Leh in Ladakh, whose towering mountain peaks are criss-crossed by epic hiking trails. Rishikesh is another top spot for rafting and trekking, with a famous pilgrimage trail to four sacred mountain temples, and more treks await in mountainous Sikkim.

Spiritual India: For religious fervour, Varanasi reigns supreme, with its ancient funeral ghats where Hindus pay their last respects to the dead beside the sacred River Ganges. But you’ll encounter India’s spiritual side all over the country, particularly at pilgrimage towns such as Ajmer and Pushkar in Rajasthan, or the Sikh holy city of Amritsar in the Punjab. If you want to get more involved, you'll find classes in meditation and yoga almost everywhere, from the Delhi suburbs to the ashrams of Rishikesh. For Buddhist encounters, aim for Tibetan-Buddhist centres such as Leh in Ladakh and McLeod Ganj (Dharamsala), home to the Dalai Lama and the Tibetan government in exile.

Now go out, and experience all that India has to offer!

This is where US vacationers are most willing to travel 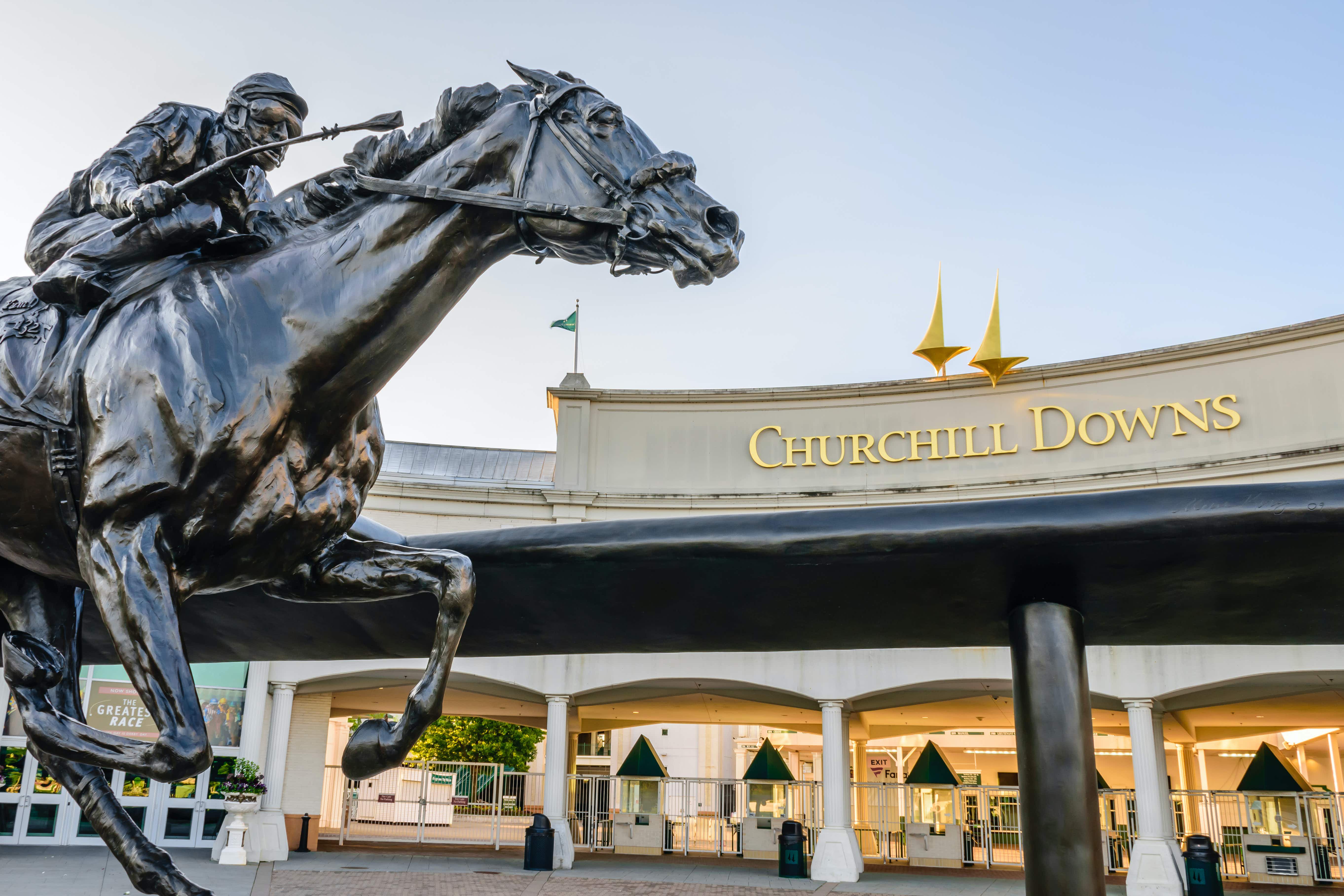 7 pilgrimages every sports fan must take 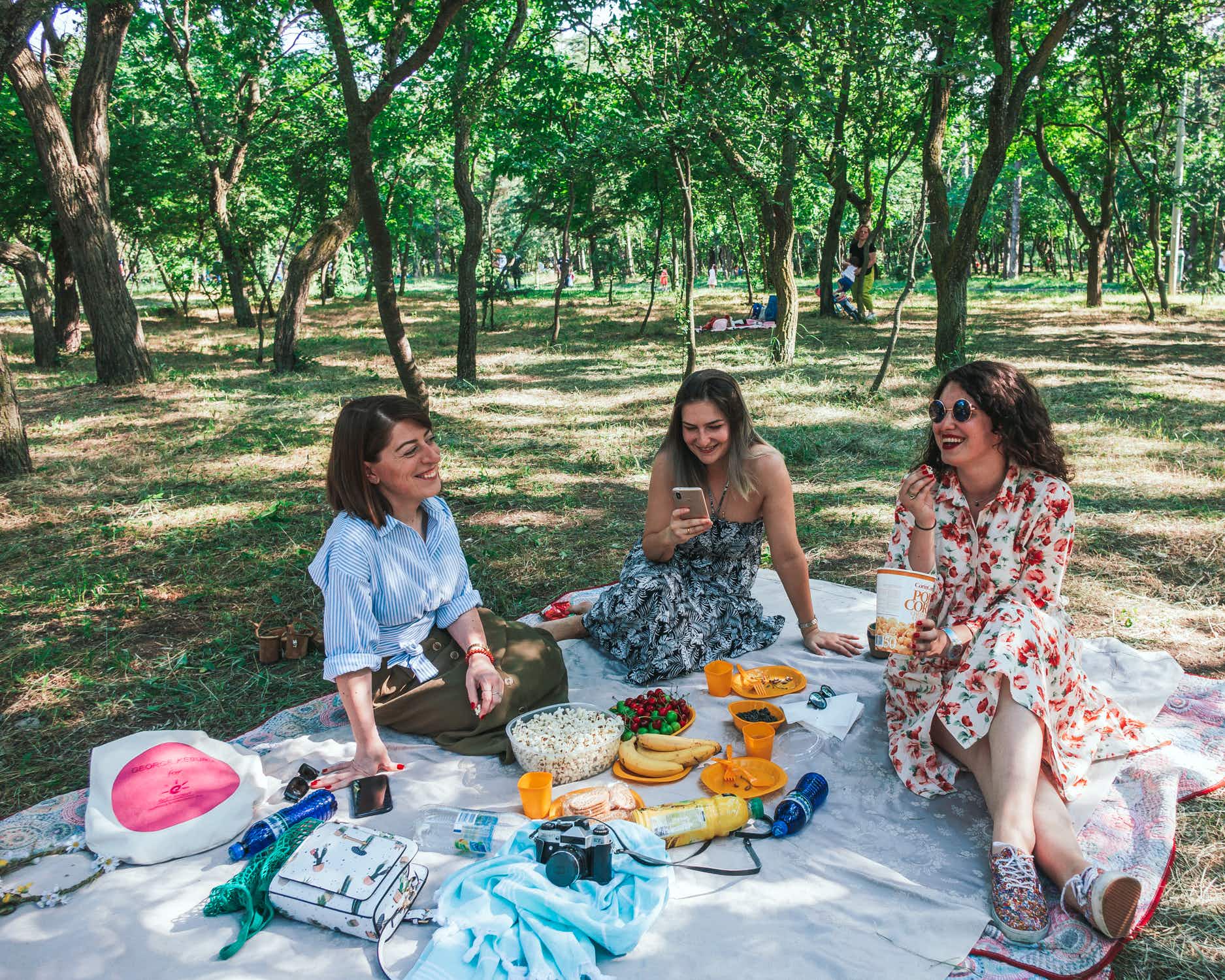 A local’s guide to Tbilisi, Georgia