16 of the best things to do in Greece

Greece is the land of dreams.

We dream about its azure seas, its charming island villages and its myriad beaches, both broad and minute. We dream about the Acropolis, shining on a hill over fascinating Athens. This grand country, from mountaintop to city street, lives up to those dreams. Greece satisfies travelers looking for adventure, the great outdoors, relaxing seaside vacations and immersive cultural experiences.

Greeks know how to live well – come and give it a try for yourself with these top things to do.

There’s a reason the Acropolis remains the quintessential landmark of Western civilization – it is spectacular. In addition to this towering icon, the streets of central Athens are home to many other remnants of civilizations who have marauded through over time. Indeed, any construction project (like the metro!) unearths more finds.

From the Ottoman houses of the Plaka neighborhood edging the Acropolis, head further back in time to the Roman Agora with its intricately carved Tower of the Winds. Afterward, stop off at the Ancient Agora, the commercial counterpoint to the Acropolis’ religious function.

Planning tip: With more time, other monuments and sites abound, as do world-class museums like the Acropolis Museum, the National Archaeological Museum, the Byzantine and Christian Museum and the Museum of Cycladic Art – pick your favorite and just keep exploring.

2. Hop around the Greek islands

You've probably heard of the biggest Greek islands: Santorini, Mykonos, Rhodes, Crete and Corfu. But the beauty of the Greek island experience is that each of the 227 major islands (of approximately 6000!) that make up the several island chains in Greece has its own distinct character.

Planning tip: Work out which is the perfect Greek island for you. Pick a zone, say the Ionian Islands or the Dodecanese, and get around by chugging between ports on ubiquitous ferries. If you love a sailboat, charter and sail on your own. You could also pick a theme and hop around. Want to party? Head to Mykonos and Ios. Prefer wild terrain? Kefallonia, Andros and Crete.

From mornings with a Greek coffee and a Cretan bougatsa (flaky pastry filled with sweet or savory cheese) to nights with ouzo and calamari, Greece offers an astounding range of delectables.

Planning tip: Every region has its specialties, so for the best experience of local dishes, ask what's recommended. Kali orexi!

4. Visit the Sanctuary of Apollo at Delphi

The Sanctuary of Apollo at the center of the ancient Greek world, Delphi, perches on a hillside with sweeping views of the Gulf of Corinth. It's where pilgrims would travel to hear prophecies from the god Apollo, voiced through his oracle (a woman from the local area).

Planning tip: It’s worth visiting on the fringes of the day to catch the soft light of morning on the temples’ sides or the golden glow of sunset.

5. Climb the stone spires of Meteora

Unbelievable to the eye, Meteora seems like something from a movie. In fact, it has been featured in flicks like the James Bond epic For Your Eyes Only and used as the backdrop for the Eyrie in Game of Thrones.

Why? Because who can recreate such mind-blowing rock pinnacles topped by 14th-century monasteries? Climb the stairs carved into the edges of the stone spires and explore within.

Slow down. One of the great treats of time in Greece is dropping whatever pace you brought with you and merging with the one here. Simply sit quay-side or street-side, sip a coffee by day or a cocktail or glass of local wine by night, and watch the world go by. Better yet, bring friends.

7. Take in a Cycladic sunset

Santorini, with its dramatic volcanic bowl topped by whitewashed villages, is inevitably the belle of the Cyclades, famed for its sunsets. But strike out further to catch equally beautiful views in islands like Milos, a calmer volcanic isle, or Naxos, with its untamed coasts and Temple of Demeter. The holy island of Tinos is draped in carved marble, and Andros offers a slew of wonderful walking trails.

8. Enjoy culture and history in Thessaloniki

One of the great expressions in Thessaloniki is halara, roughly translated as “take it easy” or “it’s all good.” This laid-back city on the sea unfurls its pleasures with student culture, art and nightlife. The upper town is a Byzantine maze, and lovers of ancient eras can tour the truly magnificent riches of the Tomb of Philip II of Macedon at nearby Vergina.

It’s hard to imagine how rich and alive the Greek Orthodox Easter week is until you experience it. Villages, towns and cities come to life in one long crescendo leading up to Easter Sunday, from moody candlelight processions to brilliant fireworks, lamb roasts and dancing in the streets.

Planning tip: This is the biggest religious festival of the year, celebrated with utter reverence and almost total participation. Book well in advance and aim to arrive early in the week – you don’t want to miss a thing.

10. Get around by foot on car-free Hydra

Rare is the land without cars. Hydra, with its soft bowl of marble stairways and seafarers’ houses, is one such place. Sail in and stay awhile to people-watch on the chic harborfront, walk on the rough mountain trails and swim in the sea.

11. Solve the mysteries of Knossos and Minoan culture

History loves a mystery. The advanced society of the Minoans is still shrouded in a veil of the unknown, but you can explore what we do have: the Palace of Knossos, a Bronze Age 4000-year-old capital. It’s best paired with the fascinating treasures showcased in the Heraklion Archaeological Museum.

The grand island of Crete stands alone, almost a country to itself. As you explore its plethora of villages with unique cuisines, don't miss a day or several on the beach. From the soft cream sands of Falasarna to the pink, coral-tinged arcs of Elafonisi, you can’t go wrong with any Cretan beach you pick. Gorgeous Preveli is brushed by the Libyan Sea and topped by an elegant monastery.

13. Check out the cute villages of Zagorohoria

If elves lived in Greece, Zagorohoria is where you’d find them. This constellation of quaint stone villages in the mountains lies on the southern edge of the sweeping Vikos Gorge in the Northern Pindos National Park. Connected by a network of walking paths, the villages make for superb hiking in the warmer months or cozy snuggling by the fire in winter.

On Corfu, a traveler favorite, a 14th-century Venetian fortress guards the sea, and the town center is a warren of honey-hued townhomes, hidden plateia (plazas) and exalting arcades. The Italian-influenced cuisine is another solid incentive to stay a while.

Planning tip: Stay overnight in Corfu Town or come early in the morning to avoid the midday throngs.

15. Dive into history in the Peloponnese

The giant Peloponnesian landmass is somehow missing on most tourists’ radars. Easygoing and interesting, you can explore it for weeks.

Adventure from the lovely seaside Venetian city at Nafplio to extraordinary and important ruins like medieval Mystras (Byzantine), Mycenae (ruled most famously by Agamemnon) and Epidavros, or head for even lesser-known spots, like the wild Mani peninsula and the islet-topping Kastro at Monemvasia. The Peloponnese are also prime territory for interesting local culture and delicious homemade food.

While you’re in the Peloponnese, don’t miss the site of the first Olympics, held in ancient Olympia from 776 BCE to CE 394. Set in a fertile valley, the ruins of the stadium and accompanying buildings where the athletes lived and practiced are particularly lovely in the springtime with the trees in flower.

Planning tip: Swing into the excellent Archaeological Museum to see monumental sculptures such as Hermes of Praxiteles.

This article was first published September 2021 and updated January 2023 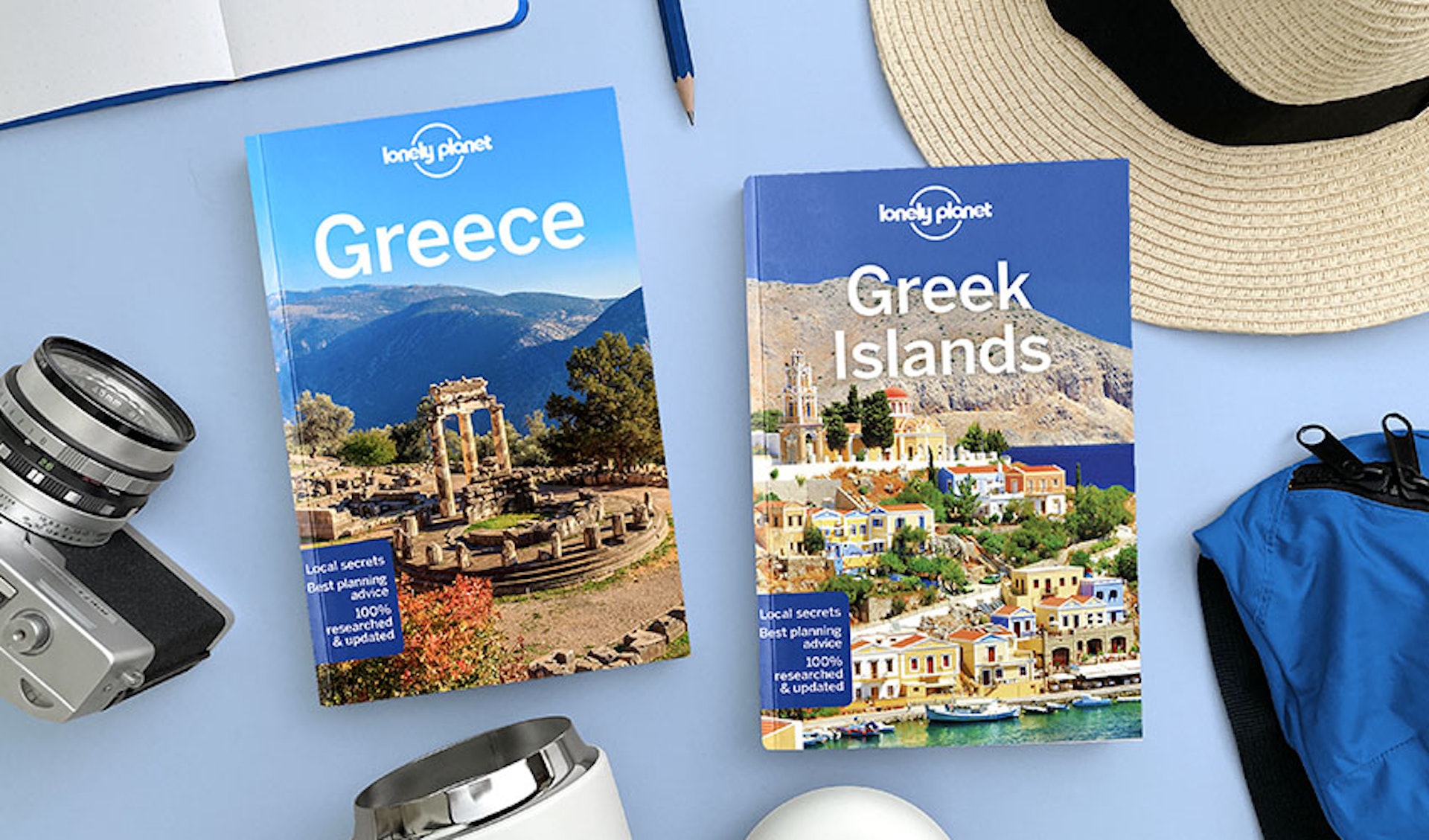 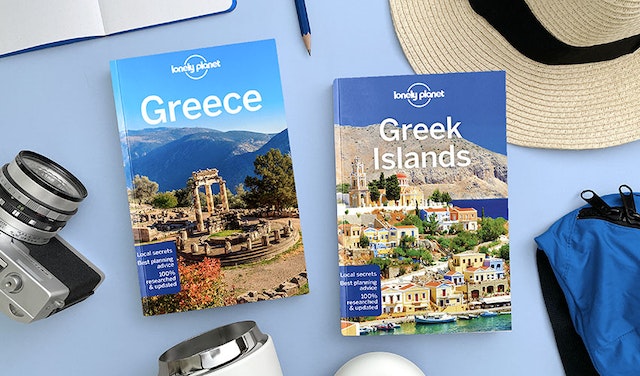