How to choose the best Hawaiian island for your trip 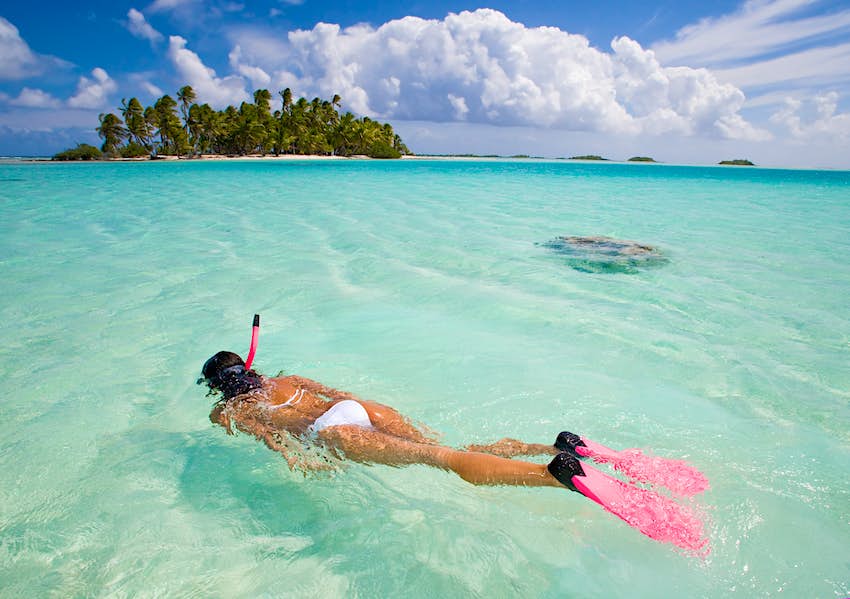 From rich cultural heritage and delicious food to breathtaking hikes and technicolor coral reefs, Hawaii has something for everyone © idreamphoto / Shutterstock

Planning a trip to Hawaii but not sure where to start? Torn between picking a single island or hopping around? Wherever you travel around the Hawaiian Islands, fantastic beaches and ono grinds (good eats) are practically guaranteed, but every island has a unique flavor.

Get swept up by the kinetic energy of the capital island, Oʻahu. Hang loose on Maui, which offers a little something for everyone, but especially for beach bums. Gaze at the towering sea cliffs on ancient Kauaʻi. Wonder at new land being birthed by volcanoes on the Big Island, Hawaii’s youngest isle. Escape to total resort luxury on Lanaʻi or learn to live life off the land on rural Molokaʻi, where native Hawaiian traditions run strong. Whatever you’re seeking in paradise, the Aloha State has it – all you have to do is open your eyes.

The best of Hawaii for first-timers

Big city, small island – Oʻahu means "the Gathering Place" and three-quarters of Hawaii residents this island home. It's also the most visited Hawaiian island, with 6.1 million visitors arriving in 2019. The capital city, Honolulu is crowded – so everyone rubs elbows on the bus and city sidewalks. Yet miles of beaches and forest trails are just a short drive from the bustling city's museums and historical monuments.

An endless feast – If you do nothing else on Oʻahu you should eat. And then eat some more. Food trucks, island farmers markets and fusion menus by Hawaii’s star chefs – they're all here, waiting to be enjoyed.

Multicultural modernism – Oʻahu lets you take the pulse of multiracial Hawaii, which confounds census categories. With influences from Indigenous Hawaiians, European explorers, American missionaries and Asian plantation-worker immigrants,  this is one of the most multi-cultural communities on the globe.

The Big Island of Hawaiʻi

Trail junkies, unite:  Kilauea, Earth’s most active volcano, conjures up a dreamscape for hikers: emerald valleys, icy waterfall pools, the lava flows crashing against rainforest and some of the loftiest summits your boots will ever struggle to top.

Ancient history: On the Big Island, ancient history looms large. The first Polynesians likely landed at Ka Lae (Southern Point). Kamehameha the Great, who unified the Hawaiian Islands, was born in Kohala and died in Kailua-Kona. Hula is deeply-rooted on the Big Island and Miloliʻi on the Kona Coast is perhaps the last Hawaiian fishing village.

Sun and surf: Justifiably famed for its glorious sands, Maui’s got a beach for every mood – wind-whipped kiteboarding meccas, calm snorkeling coves, hidden gems and some of the biggest surfable waves on the planet. Or just plop down on the sand and scan the horizon for wintering whales.

Isolation: Ignoring the great views of other islands, Lanaʻi feels like an isolated bit of subtropical pleasure far from the rest of the world. Most of the island is owned by billionaire Larry Ellison who wants to make the island self-sufficient, when that (finally) happens, its sense of remoteness will only increase.

Pineapples: For much of the twentieth century, Lanaʻi was the world's largest pineapple plantation owned by Dole. What was essentially a company island housed immigrant field workers and managers who initially acted like defacto dictators. By the 1980's Dole subsidiary Castle & Cook decided to transition from pineapples to tourism. Lanaʻi City still retains it's 1920's plantation architecture.

Hulupo'e Beach: Lanaʻi’s one main beach is a beaut: a long crescent of sand on a bay good for snorkeling, and backed by a tidy, uncrowded park.

Indigenous culture: More than 50% of Molokaʻi’s people have Indigenous heritage. Locals favor preservation of land and culture over schemes promoting tourism. East of Kaunakakai along highway 450 are dozens of loko iʻa (fishponds) created by ancient Hawaiians in what remains one of the most sophisticated forms of aquaculture. Some ponds are obscured, but others have been restored and are used by locals.

Saint Damien: A young priest who traveled to Molokaʻi’s remote Kalaupapa Peninsula in 1873 to care for leprosy patients is the USA’s first saint. Today the spectacular peninsula is a national park offering a time-travel adventure.

Halawa Valley: This end-of-the-road valley once was home to hundreds of sacred taro patches. Guides take you on a trail past ancient temples to waterfalls pounding into swimmable pools.

Sunny Poʻipu: The most consistently sunny area of the island, Poʻipu is like a tropical version of sleepaway camp. On the South Shore beach days abound with plenty of postcard sunsets.

Canyons and cliffs: The rugged terrain on the Garden Isle ranges from gaping chasms to dramatic coastal cliffs, balanced by copious verdant flora. Peer into the "Grand Canyon of the Pacific" or kayak Hawaii's only navigable river.

The Northern bubble: Surfing and an irresistibly laid-back vibe make up the lifestyle on this mostly rural island. The North Shore is home to many folks who came to check in and stayed to tune out.

The best of Hawaii for first-timers

The Nepali mountaineer reclaiming the Himalaya