Car, bike or public transport? Here's how to get around Ireland

Despite the cost and lack of eco credentials, car hire has traditionally been the preferred mode of transport for the independent traveler to Ireland. However, with soaring car rental rates, tolls, parking fees and a fuel supply crisis, visitors are opting for alternative ways to explore the country’s magnificent coastlines, lush countryside and ancient historical sites.

Public transport in Ireland has improved dramatically over the years. It’s now a feasible alternative to getting around by car due to Irish Rail’s direct city-to-city links and Bus Éireann's network that covers almost every location nationwide. Hefty discounts mean it's also the cheapest way to travel in Ireland bar biking and hiking. Before you decide which mode of transport is most suitable for your upcoming visit, read our top tips for getting around Ireland.

Ireland is roughly the same size as South Carolina in the US, so first-time visitors often think they can see it all in a week with a hire car. Seasoned travelers balk at that idea because many of the most spectacular locations are accessed via winding, narrow country lanes where every bend in the road offers a plethora of photo opportunities. Off season, with darker evenings, can be particularly challenging, and in winter months the roads often have black ice.

Motorways have a maximum speed limit of 120 km/h (74 mph), while dual carriageways have a maximum speed of 100 km/h (62 mph). Most tolls have staffed booths to process payments but some motorways, such as the M1, require immediate payment online to avoid a penalty. When exploring major towns and cities, it’s always a good idea to leave your vehicle in a car park and explore on foot as traffic conditions are not for the fainthearted.

Plan your driving itinerary before you arrive in Ireland

The biggest car rental hubs are at the airports. If you don’t have a few weeks to tour the entire country, there are a number of ways to make the best use of your time. First, check to see if your car rental company permits a different drop-off location, and plan to use alternative airports, such as arriving into Dublin and departing out of Shannon. Then travel across the country from east to west, focusing on either the northern or southern counties as you go. Head south to visit destinations like Kilkenny, Cashel, Cork, Kerry and Clare. Alternatively head north to enjoy Belfast, the Antrim Coast, Donegal, Mayo and Galway. If you'd like to explore Northern Ireland, check that your car insurance covers travel in the UK before you go.

The first rule of public transport – buy a Leap card

The first port of call for getting around Ireland on all publicly funded transportation is to go online and buy a Leap Card. It offers substantial discounts on bus, tram and train fares across the country and is a much more secure option than paying cash each time.

Train travel is the best option for inter-city travel

Due to exorbitant car rental costs, many visitors are now getting around Ireland by train. The neat rail grid offers a reliable intercity link between urban centers. Irish Rail (known as Iarnród Éireann in Gaeilge, the Irish language) has slashed fares for users under 24, but it offers good value for anyone using a Leap Card with discounted rates of up to 30% and a price cap for multi-journeys.

Explore Dublin’s suburbs on The DART

The DART (Dublin Area Rapid Transit) is a lightweight electric rail system that links the capital to its seaside suburbs, while a separate diesel train system operates as a commuter service to towns further afield. Dublin’s Connolly Station connects to Northern Ireland and Sligo, while Heuston Station has services to urban hubs in the midlands and southern counties. The cities of Galway, Limerick and Cork are separately interlinked by another series of lines.

The wide bus network can take you almost everywhere

While the train offers good inter-city service, the network is small and can't compare to the sheer area and volume of destinations covered by public and private buses. By using the train as a launch pad you can enjoy the speed and comfort of rail to get to transport hubs before switching to the bus network for shorter journeys. The Leap Card also works for Bus Éireann (the main national service), Dublin Bus and a few private operators. It also means you can jump off at a place you like the look of en route and catch the next bus without buying a new ticket.

Bus Éireann has an Expressway Service which is similar to the rail network, but it includes airports in its schedule. Rural services cover beautiful areas and the journey can be just as rewarding as the destination. County Clare’s 350 bus service skims along the Atlantic edge of the Burren National Park and passes by the Cliffs of Moher, while the 237 passes through a chain of pretty seaside towns in County Cork. Similar services are available for Dingle, the Ring of Kerry, Connemara and the Beara Peninsula, but check timetables as they're not as regular. Dublin and Belfast have year-round Hop on Hop off (HOHO) bus services by private operators, while cities like Galway and Cork offer seasonal city HOHO tours.

Dublin City is easy to explore on the Luas

Dublin’s modern-day tram service has been part of the city’s life and streetscape for the last couple of decades and is the best way to get around the capital. The Luas (translates as speed in Irish) Green Line travels from north to south, while the Red Line travels from east to west and both cross paths in the city center. It offers a thrifty way to move quickly from the city to the outer reaches, and yes – the Leap Card gets you a reduced rate.

Major rideshare operators like Uber and private taxis operate in Ireland – registered taxis have ranks outside transport hubs and in urban centers. Private bus services and tour operators often offer tailored services that can be good value for money with larger groups and families.

One of the best vacation experiences in Ireland is spending time on one of its many small but perfectly formed islands. Most ferry services scale back or stop completely from the start of November, including the popular Doolin to Aran Islands link. However, there is a year-round ferry and air service from Connemara.

Drivers can take a ferry across the river Shannon to go directly from County Kerry to County Clare.

Visitors who want to travel at their own pace and take the road or waterway less traveled can hire a boat on the Shannon from Lough Derg to Lough Erne or anywhere in between. There are hubs along the 362 km (225 miles) stretch of rich landscapes and pretty villages to drop off or collect a boat hire.

There is an endless collection of off-road hiking and cycling routes in Ireland, and the selection grows every year. Disused railway lines in Mayo and Limerick provide spectacular backdrops to trails while the Beara Peninsula in County Cork is the trailhead for the longest trek in Ireland.

The facilities for getting around Ireland if you have mobility issues have improved in recent years. Detailed information about wheelchair access and tailored accessibility is available on the websites of transport operators such as Dublin Bus, Go-Ahead Ireland, Iarnród Éireann (Irish Rail), Bus Éireann and the Luas. When it comes to getting around Ireland with a baby, children under 5 accompanied by a Leap Card holder can travel on Bus Éireann (including Expressway), Luas, Irish Rail and Dublin Bus for free. Space will be offered for prams and strollers unless it is already required for a wheelchair.

This article was first published April 2021 and updated January 2023 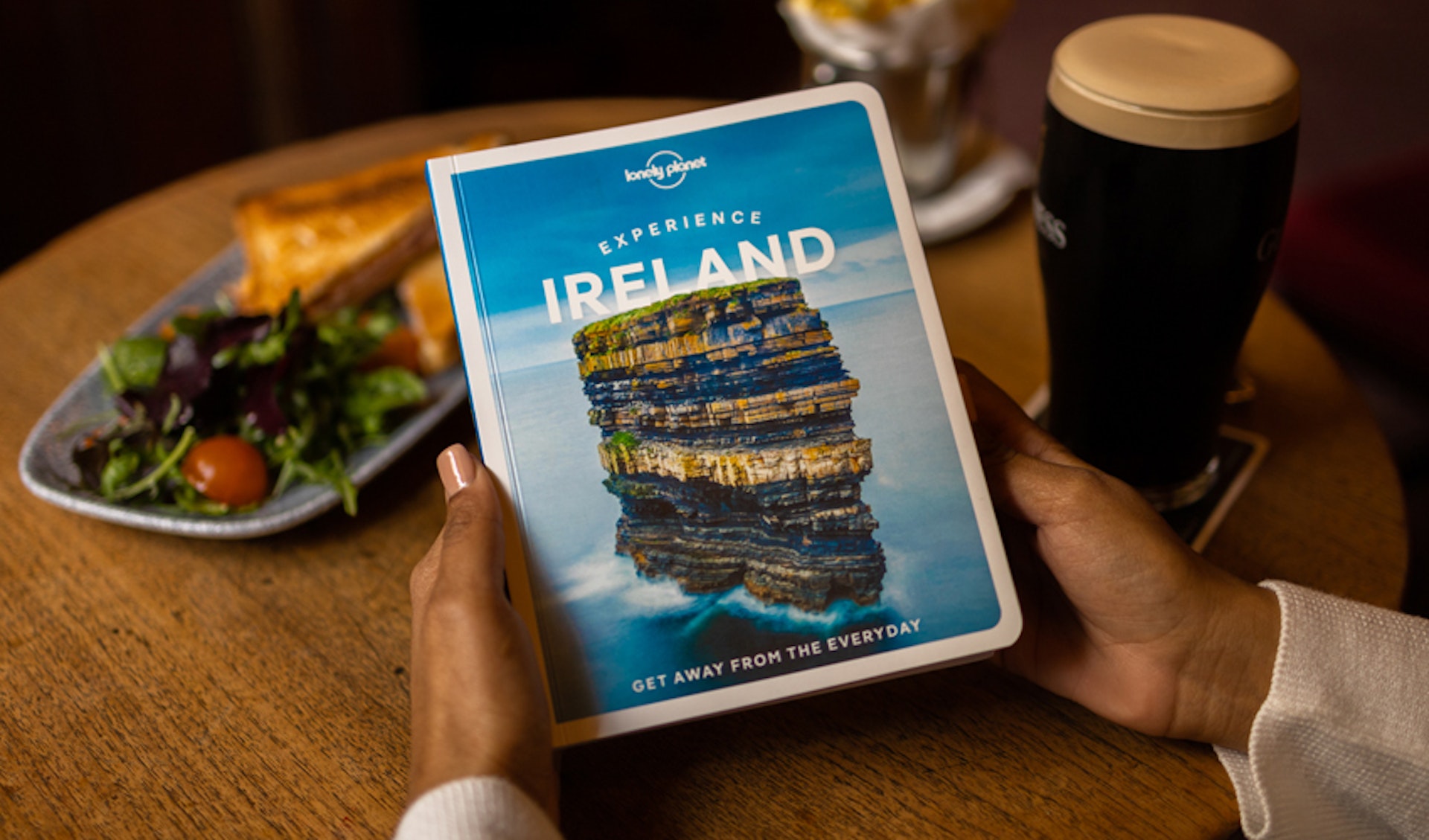 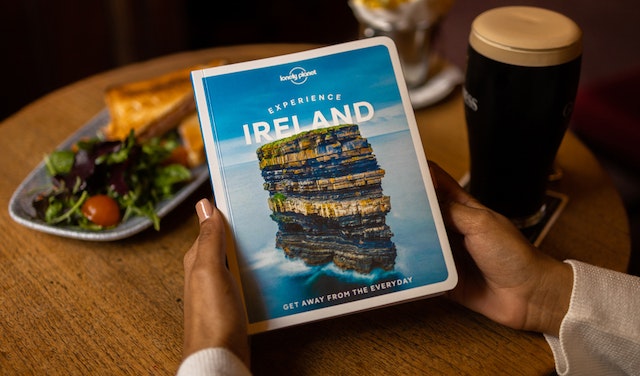