How to have an epic North American trip without a car

With officially-designated scenic highways, big skies and wide open spaces, the USA practically begs to be explored by car. But despite America’s automobile obsession, a visit here doesn’t have to be dictated by one.

Sustainable travel is becoming a necessity instead of a nice-to-have, and whether you’d rather not drive for environmental reasons, personal preference or just don’t want to spend your vacation looking for somewhere to park, you might not realize that a wanderlust-worthy trip along the US west coast can still hit up many epic destinations car-free.

Long hailed as one of the most sustainable cities in North America, Vancouver is a delight to explore on foot, even when cloaked in mist. The seaside city’s West End is topped by the huge Stanley Park, a 150,000-tree urban rainforest that’s hemmed in by a 8.8km-long seawall. It’s an easy cycle with a rented Mobi, Vancouver’s public bike share scheme, past the First Nations totem poles and under the Brockton Point lighthouse. When it’s time to refuel, dig into the city’s amazing foodie scene with a stop at the stalls at Granville Island Public Market before moving onto Vancouver's fantastic breweries. The selection around Main St is particularly crawl-able: don't miss Electric Bicycle Brewing, Brassneck Brewery and 33 Brewing Experiment.

Where to stay in Vancouver

Ask LP: How can I explore the US by Amtrak?

As entrepreneurial as it is eccentric, Seattle is thoroughly more hip than its roll call of big-name corporate HQs might suggest. To get a taste of the city in all its glory, make Pike Place Market your first stop. Quirky traditions reign supreme, from fish flying overhead to the 3000 pounds of colorful goo that are scraped off the Gum Wall every year. Eat Seattle runs fantastic chef-led tours that dive right into the heart – and stomach – of the market. The iconic Space Needle is worth a visit, even if you’ve been before or are considering writing it off as too touristy: in 2018, it unveiled the world’s first and only revolving glass floor, 500 feet up in the air. Back downstairs is the Chihuly Garden & Glass museum, home to the artist’s most spectacular works of blown glass.

Where to stay in Seattle

On the doorstep of Pike Place Market, The State Hotel has a primo location and makes much of Seattle easily walkable, including the ferry dock and King Street Station where Amtrak trains arrive. The 1904 building has been retrofitted with a rooftop bar with unbeatable market views.

25 free things to do in Seattle

Portland has long been the PNW’s hipster hub, with endless spots for top-notch coffee, craft beer and food truck grub, but what seems to get less press is just how wonderfully-wild huge swathes of the city remain and how easy it is to explore without a car. A walk through the undergrowth in the aptly named Forest Park feels more remote than you’d expect on the edge of a city of nearly 650,000, and a day trip to drool over the waterfalls in the Columbia River Gorge is an absolute must. Leave the logistics to Around Portland Tours, which runs a hike and bike experience that’s the best way to see this natural treasure up close.

Where to stay in Portland

Across Burnside Bridge from Portland’s Union Station is the first US outpost of Iceland’s KEX, opened in 2019. There are private and shared “poshtel” rooms, a rooftop space and of course a Scandi-style sauna in the basement.

How to get between Portland and San Francisco by train: Hop on Amtrak’s Coast Starlight for an overnight journey to California. Consider booking a sleeper car so you arrive rested, and as a bonus, meals in the dining car are included. Connecting buses to get into San Francisco proper run from Emeryville and Oakland, or you can take the BART, the Bay Area's subway system.

San Francisco has so much crammed into its 47 sq-miles and plenty of innovative ways to get around without a car. Ride the historic wood-lined cable cars, take the ferry out to Alcatraz or stretch your legs on a hike around Lands End, where a path follows a long-abandoned train line used to take early 1900s pleasure seekers out to the Sutro Baths. Even eight-switchbacked Lombard St, incorrectly called “the world’s crookedest street,” has considered implementing a $10 entry fee and reservation system, but foot traffic will stay free.

Where to stay in San Francisco

Hotel Emblem is in the heart of it all, and it’s a short – and not too uphill – walk from Powell St BART station. It’s also accessible from the cable car. San Francisco’s quirkiness is infused into the hotel’s core, with a Beat Generation-inspired bar, in-room typewriters and walls painted with Jack Kerouac quotes.

How to get between San Francisco and Santa Barbara by train: From Emeryville or Oakland, Amtrak's Coast Starlight continues south, pulling into Santa Barbara after about nine hours. The section between San Luis Obispo and Santa Barbara is arguably the most scenic of the entire west coast journey, perfectly-timed for golden hour and a sunset arrival. Heading south, nab a seat on the right side of the observation car, and you’ll be glued to the window for hours.

Picturesque Santa Barbara, filled with immaculately kept Spanish-colonial-style buildings, has a compact, pedestrian-friendly downtown, and you can survey the scene from the top of the mural-filled 1929 Moorish Revival Santa Barbara County Courthouse. You don’t need wheels to get a taste of wine country; sample the best vino on Santa Barbara’s Urban Wine Trail of 30-plus wineries that have set up shop in the city. The biggest cluster is in the Funk Zone, a central neighborhood of converted warehouses decked out in street art that show off Santa Barbara’s hippest side.

Where to stay in Santa Barbara

The Waterman, a small Moxy-brand hotel a short walk from Santa Barbara’s train station, couldn’t be better located. It has a happily social feel, with a communal kitchen, library and games.

The best things you can do for free in Santa Barbara

Thought you’d have to skip California’s national parks because you’re on the train? Not so. Oxnard is the nearest launch point to Channel Islands National Park, nicknamed “California’s Galapagos” because of the 145 species of plants and animals found here and nowhere else in the world. Even the ride to the national park turns into a wildlife-spotting adventure, as common dolphins leap through the boat’s wake, and orcas and gray and humpback whales are often sighted. The impossibly-cute island fox prances across the islands’ hiking trails. Kayaking into the enormous Painted Cave – the largest sea cave in North America – will get you closer to barking sea lions and the layers of brightly-colored lichens and algae that give the cavern its name.

Where to stay in Oxnard

Embassy Suites Mandalay Beach has sublime sunset views, and though it’s easiest to get a 10-minute taxi or Uber there from the train station, you’ll then be within walking distance of Island Packers’ boats to Channel Islands National Park.

How to get between Oxnard and Los Angeles by train: On Amtrak’s Coast Starlight or Pacific Surfliner services, it’s two hours south to downtown LA.

Los Angeles drivers spend about 128 hours (almost five-and-a-half days!) a year stuck in traffic, but you don’t have to join them. Instead, disembark at LA’s gorgeous Union Station, which has become a destination in itself, with Imperial Western Beer Co, a craft beer brewery, jazzing up some of the stunning Art Deco space. The Metro can get you many places on your LA to-do list, and you can zip around on electric scooters from Bird, Lime or any of the others you spot on the sidewalk. Get your step count up on a hike around Griffith Park and behind the Hollywood sign before watching the sunset from Griffith Observatory.

Where to stay in LA

Intercontinental Los Angeles Downtown is only a few Metro stops from Union Station, and you’ll feel like you’re staying amongst the stars as you’re shot up to the 70th-floor lobby with ceiling-height windows and fine views of the Hollywood sign.

How to get between Los Angeles and San Diego by train: All aboard for Amtrak’s southernmost stop on the west coast. The Pacific Surfliner trundles along the coast several times a day to make the three-hour trip.

Sun-tanned and laid-back San Diego is the perfect place to unwind at the journey’s end. Watch surfers take on waves at one of the city’s 60 beaches or relax in Balboa Park after stuffing your brain full at its many museums. Revel in your completed cross-country adventure with a night out in the rowdy Gaslamp Quarter or with a pint at one of the many breweries in the self-proclaimed craft beer capital of America.

Where to stay in San Diego

Andaz San Diego is an easy walk from San Diego's Santa Fe Depot, where Amtrak’s Pacific Surfliner train ends. The hotel is in the middle of the Gaslamp Quarter action, and its rooftop bar will help get your evening started.

You might also like:
How to save money when you're traveling
So, you’re thinking of living the RV life. Here’s what you need to know
Can you do the all-American road trip in an electric car? 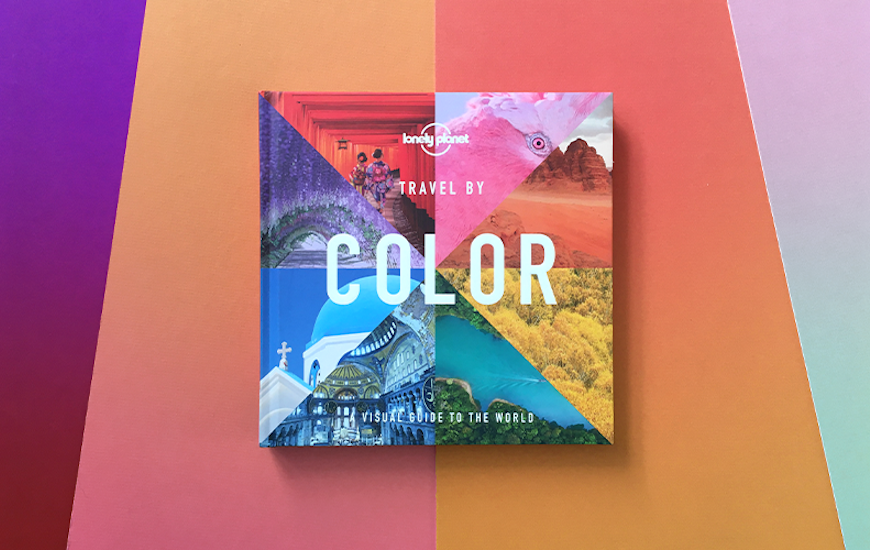 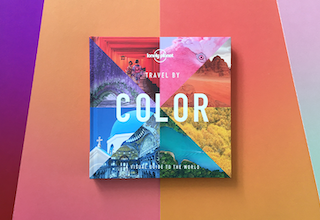