Portland has a long-held reputation as one of the country's top culinary destinations – James Beard was born here, after all. The city's location north of the agriculturally fertile Willamette Valley and its close proximity to the Pacific Ocean yields a bounty of fresh ingredients, and a roster of top chefs makes for quality execution of innovative concepts. Compared to other major US cities, great meals don't have to break the bank, either, thanks to lower food shipping costs plus a wealth of affordable fast-casual establishments, a flourishing food-cart scene and hoards of cut-price happy-hour specials.

Portland has an almost unfair abundance of natural beauty – perfect parks, leafy trees, vibrantly flowering shrubs lining pretty residential streets, the Willamette River meandering through town, and Mt Hood on the horizon. On a national scale, Portland is a pioneer in environmentally conscious public policy and progressive urban planning, and with some 30% of the city blanketed in tree canopy, the place literally feels like a breath of fresh air. The metro area boasts 37,000 acres of green space – which you'll catch Portlanders enjoying any time of the year, rain be damned.

Scattered across five quadrants (yes, five; with a sixth in the works) Portland's neighborhoods are unique microcosms of hyperlocal culture. It's almost as if the city is made up of tons of small towns that got stapled together – each has a distinct sense of community and special character, and with just about everything you may need in each, you'll find locals hard pressed to venture far from home. From the hippie haunts of the Hawthorne District in Southeast to the upmarket eateries and boutiques of the Pearl District in Northwest, there's a 'hood for everyone here.

'Keep Portland Weird' – the slogan is plastered around town on bumper stickers, murals and signs, and in this bizzaro city, individuality, creativity and atypical lifestyles are celebrated. Naked bike rides, a vacuum cleaner museum, an adult soap-box derby, phallus-shaped doughnuts and a Darth Vader mask-wearing, flaming bagpipe-playing unicyclist for a local celeb are just a few examples of Portland's freak flags at full mast. In a city this open minded, self expression that can border on eccentric is met with a live-and-let live attitude, and oddballs are free to take up space. 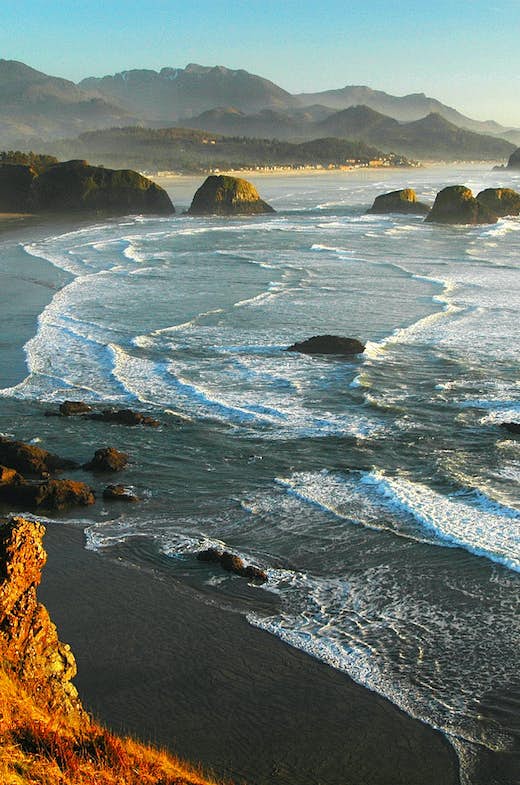 The 7 best beaches near Portland

Portland, Oregon has some incredibly unique beaches, whether you're into surfing, sunbathing, or snapping photos of sea stacks. These are the best.

These are our favorite local haunts, touristy spots, and hidden gems throughout Portland.

The best US cities to explore with your dog