Why Colombia is your next destination for adventure

It’s the only South American country boasting both Pacific and Caribbean coasts, more than 10% of its land is protected by national parks (compared to about 3.4% in the US) and it hosts the world’s highest coastal mountain range: the Sierra Nevada de Santa Marta, topping out at around 5700m. At the foot of this range, in the stunning Parque Nacional Natural Tayrona, it’s possible to stand in the warm Caribbean Sea, peering up at snowcapped peaks.

In many ways, Colombia feels like a handful of disparate countries stitched together. The Caribbean coast exudes a languorous, sultry character that belies the fact that the country’s most famous multiday hike is hidden right here in the tropical jungle. Inland, boisterous Bogotá sits in a high Andean valley, 2600m above sea level, making it the world’s third-highest capital city.

South of Bogotá, the Andes split and fray into three high ranges that push up through the country, creating a wealth of hiking opportunities and a flurry of whitewater. Cross the Andes in the east and the country drops precipitously into the vast Los Llanos, a wildlife-rich area of tropical grasslands larger than Thailand, known as the "Serengeti of South America".

Colombia is undoubtedly one of the world’s up-and-coming adventure destinations, because so much here is little known and yet utterly enticing.

Machu Picchu has no monopoly on lost Andean cities. Hidden in jungle on the northern slopes of the Sierra Nevada de Santa Marta, Ciudad Perdida is the goal on Colombia’s most famous hike. It’s a five- or six-day walk through mud, waist-deep river crossings, dense heat and a final 1260-step climb to the ruins of the ancient town. You can’t do this hike independently; four trekking agencies in Santa Marta and Taganga have permit access.

For a got-there-before-the-crowds-did experience, arrange a day hike into Caño Cristales, flying into remote La Macarena and setting out on foot for what’s been called the "most beautiful river in the world". The area only reopened to visitors in 2009 after years of guerrilla activity, but from around September to November the Macarenia clavigera riverbed plant turns brilliantly red and purple, adding swatches of colour to the yellow sand and clean blue water.

For another natural wonder, take a half-day hike through the open Valle de Cocora, where the world’s largest palm trees – 40m-high wax palms – sprout like hairs.

Two words: Nairo Quintana. This powerful little climber earned his thighs in Colombia, making him a walking advertisement for the country’s killer climbs. Quintana’s home area of Boyacá is where wannabe-Nairos head, though the altitude – around 3000m – is taxing.

Medellín is arguably Colombia’s finest cycling base, but you need to learn to love hills. The ride of note here – drawing hundreds of riders every weekend – is Alto de Las Palmas, climbing almost 1000m above the city and into the high Oriente valley, which is another cycling favourite. Combine Alto de Las Palmas and the Vuelta Oriente circuit and you have a classic ride of around 100km.

First, though, experience a Sunday cycle in Bogotá when, for seven hours, roads through the capital city close to motor vehicles and open to bikes. Known as Ciclovía, these weekly road closures began in the mid-1970s, pioneering an idea that soon spread worldwide. Today, approximately one million people take part in Bogotá’s Ciclovía every weekend.

As you’d expect in a wilderness-strewn country that marries mountains with mad-keen cyclists, mountain biking is also popular. Quindío’s coffee-growing valleys offer good trails, and from the highlands around Medellín you can explore trails that drop over 1000m, through cloud forests and down to river gorges.

Colombia has more than 3000km of coastline – Pacific and Caribbean – so it’s unsurprising that there’s excellent diving here. The Caribbean has the real marine prizes, prime among which are the islands of San Andrés and Providencia, 700km off the Colombian coast but little more than 200km from Nicaragua.

Providencia sits atop one of the world’s largest barrier reefs, while San Andrés, 90km to the south, has another 15km of reef. On the more laid-back Providencia, popular dive sites include Manta’s Place, where southern stingrays glide, and Tete’s Place, where fish life teems among fissures and caves. At Felipe’s Place, a submerged statue of Christ stands 20m below the surface. On San Andrés Piramide is prolific with fish, octopus, moray eels and rays, while for wreck divers there are two sunken ships, the Blue Diamond and Nicaraguense, off the island’s coast.

For aspirant divers, the town of Taganga, along the mainland’s Caribbean coast, is one of the world’s cheapest places to learn.

Kayaking remains a niche pursuit in Colombia, but there are several popular places for whitewater rafting. Almost midway between Bogotá and Medellín, the Río Claro carves through a marble canyon, where the rapids are only class I, making this a gentle and scenic float. At San Agustín, in the country’s southwest, there are rafting trips on Colombia’s longest river, the Río Magdalena, bumping through class II and III rapids, but San Gil is where it’s really at. Colombia’s adventure capital pulses with activity – paragliding, bungee jumping, caving, canyoning – but mostly the town is geared around rafting. The Río Fonce offers a 10km run through class II and III rapids, while the Río Suarez provides the full water-rodeo experience, taking you into the maelstrom of class V rapids. It’s pretty much furious water from the moment you launch, an hour’s drive from San Gil, until journey’s end at the confluence of the Río Suarez and Río Fonce.

Suesca is rock-central in Colombia. Just an hour’s drive north of Bogotá, the rural town is banded with a 4km-long line of sandstone cliffs towering above the Río Bogotá and a disused railway. The cliffs are about a 10-minute walk along the train tracks from town and feature more than 400 routes fairly well divided between trad and sport climbing. The cliffs reach heights of 125m and there’s plenty here for all abilities – at the top end are climbs graded at around 7c+/5.13. There’s a good climbers’ scene at Suesca, with a campground at the base of the cliffs and a hostel-cum-climbing-shop nearby.

You might also like:
5 places to try real Colombian coffee
How to spend a perfect weekend in Cartagena
Bogotá neighbourhoods: the definitive guide on where to eat, sleep and explore 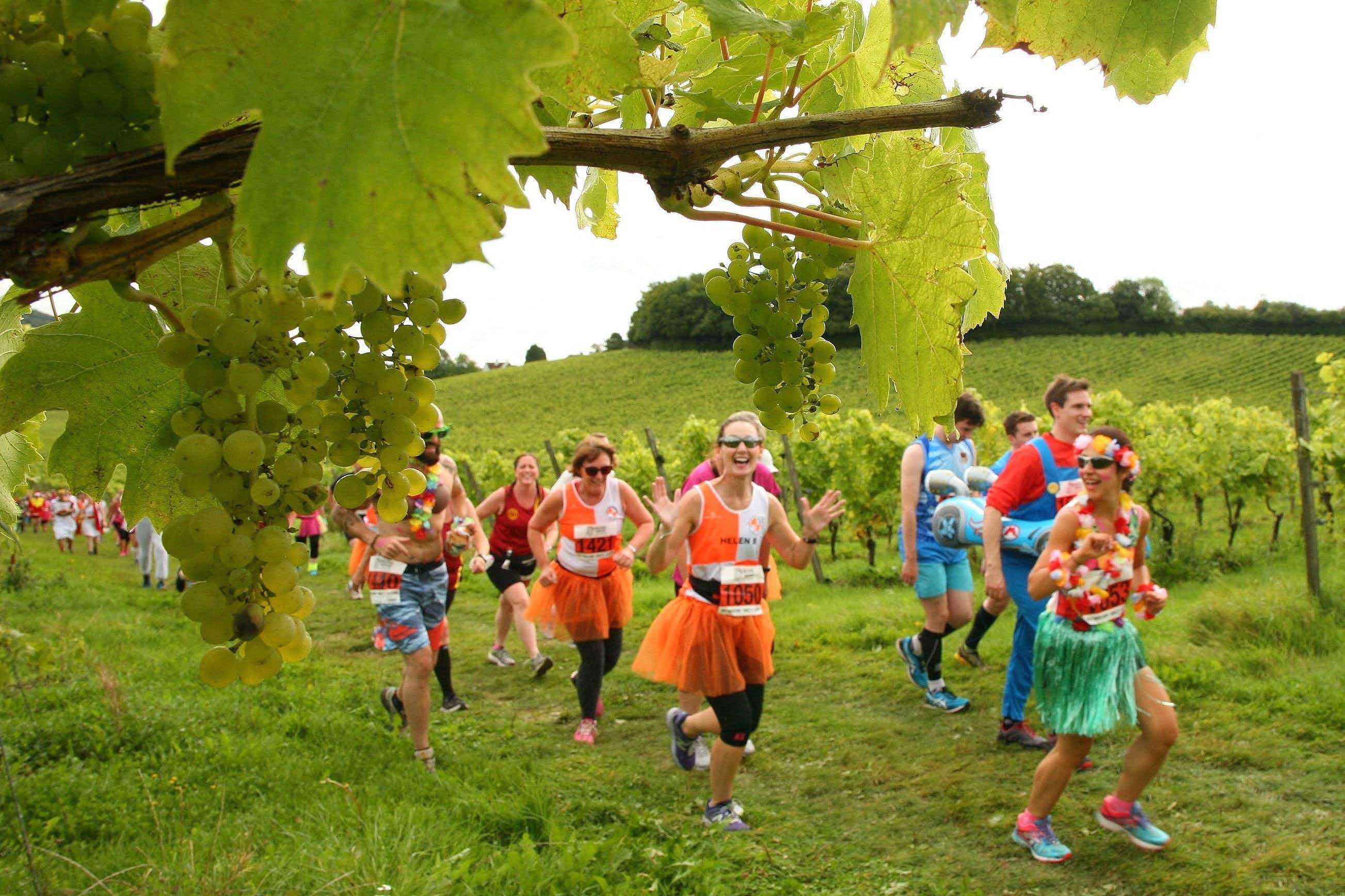 Pace yourself in the world’s booziest races 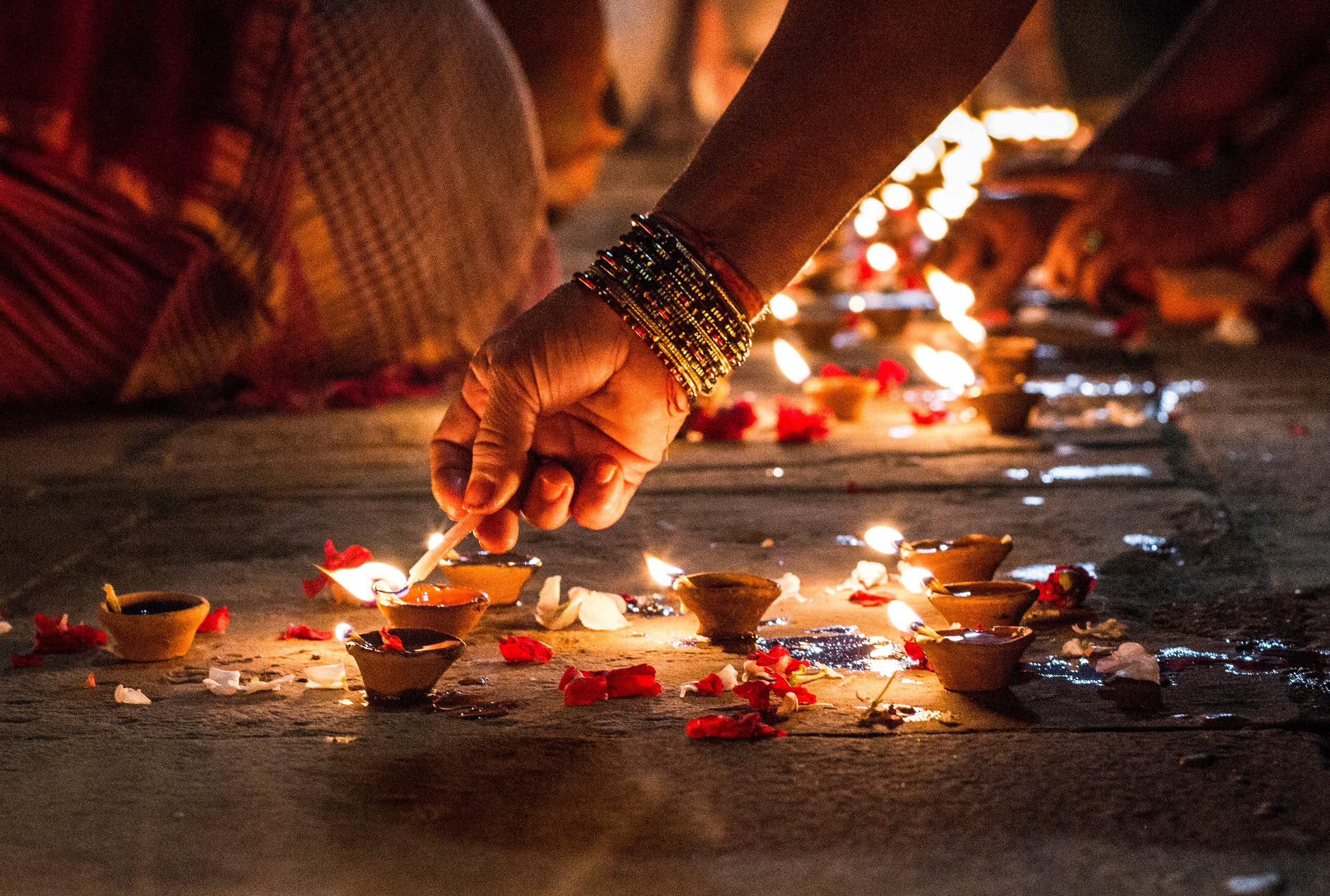 The trip that changed my life: Varanasi, India