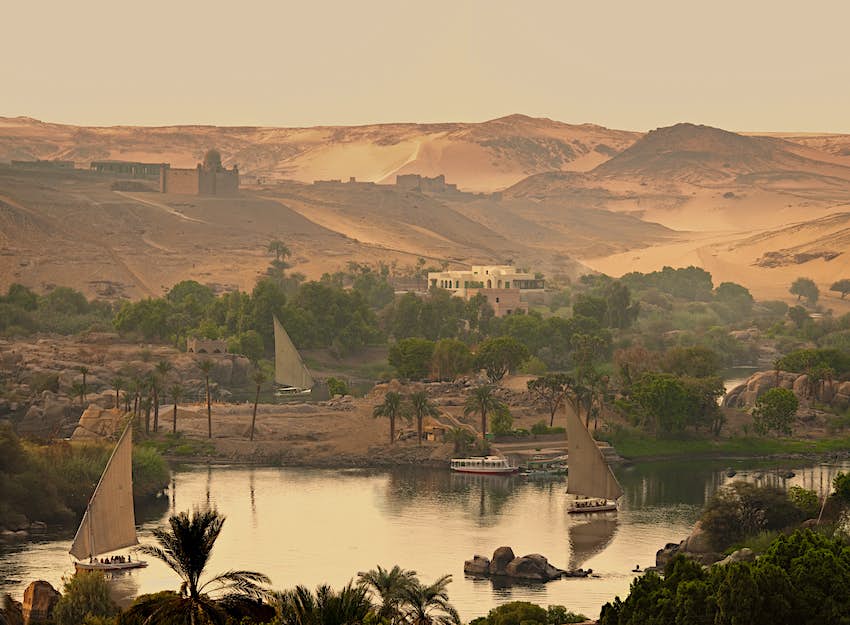 "When that ship has been made ready and is fit to sail, we'll launch it out into the broad sea," said Odysseus to his men in the Homeric epic that historians typically trace back to around 800 BC. But even then sailing was an ancient art dating back many thousands of years. Farther back than human memory and even myth can remember, our history has been deeply entwined with the science and art of sailing.

If you, too, feel the call of the sea and want to make ready to sail, there are plenty of destinations where you could go. But some some are perennial favorites for a reason – whether you're aiming for the "wine dark sea" of the Mediterranean, the clear turquoise bays of the Caribbean, or the silty green-tinted currents of the Nile. In this edited and updated excerpt from Lonely Planet’s 1000 Ultimate Experiences, we cast our net wide for the world's classic sailing spots.

Our editorial team provides independent recommendations to help you make the most of your travel experiences. When you make a purchase through the included links, we may earn an affiliate commission.

What happens when steady trade winds meet an island-flecked channel with tame currents and hundreds of protected bays? Every mariner worth their sea salt sails there – hence the British Virgin Islands (BVIs) being a sailing fantasy land.

There are more than 40 islands and hundreds of anchorages, all within sight of each other. The BVIs are one of the planet’s easiest places to sail – more than a third of all visitors, from beginners to old hands, come to do just that. If you're seeking a boat on arrival, boatshare companies like Boatsetter let you search for rentable vessels at a variety of sizes and price points, with or without captains depending on your skill level.

This small island nation has a habit of throwing up some of the world’s best sailors (see its America’s Cup successes) and has one of the highest per-capita rates of boat ownership in the world. And with water like this, why wouldn’t it? Famed for its stunning coastal scenery, the Bay of Islands in NZ’s 'winterless north' is one of the country’s most worthwhile attractions, punctuated by dozens of coves and filled with clear waters ranging in hue from turquoise to deep blue.

Though a hugely popular tourist and sailing destination, the 150 or so islands have thankfully escaped development and the townships are all on the mainland. Paihia is the hub town of the Bay of Islands, and though it’s small, the population swells dramatically in summer – so book accommodation in advance.

Travelling to Zanzibar, which sits in the Indian Ocean off the coast of Tanzania, is like being transported through the centuries – to the ancient kingdoms of Persia, to the Oman of yesteryear with its caliphs and sultans, to the west coast of India with its sensual rhythms and heavily laden scents. The old Stone Town, where everyone arrives, is easily one of Africa’s most evocative locations.

Turquoise waters and picture-perfect beaches are trademarks of the Spice Island, and cruising aboard a traditional dhow (an ancient Arabic sailing vessel) is a tip-top way to explore the surrounding archipelago and first-class diving and snorkelling sites. In particular, you might want to seek out Original Dhow Safaris, which offers cruises aboard a locally built dhow named after one of the island’s most famous sons – Queen frontman Freddie Mercury.

Here and now: sailing in Croatia

Called the 'new Greece', the 'new Riviera' and the 'new Tuscany', Croatia has clearly become the latest gotta-go destination for the in-crowd. But for all the hype, Croatia’s pleasures are more timeless than trendsetting: as ever, the sun shines brilliantly on the crystalline Adriatic, which gently laps a 1778km coast and no fewer than 1185 islands.

That’s a lot of coastline to explore, and there’s no better way to do this than to sail it. The most popular place to dock is the hoity-toity island of Hvar, flush with well-heeled yachties, but you should also set sail for hidden coves, traditional fishing villages and more remote island groups like Kornati or Elafiti. Don’t be in too much of a hurry to set sail, however. Gateway cities such as Split and Dubrovnik have plenty of history and appeal for landlubbers too.

Nice, Cannes, Saint-Tropez, Monaco – this celebrated coastline is loaded with legend, myth and celebrity scandal. From billion-dollar real estate to hedonism aboard monumental yachts, there’s no disputing the sheer glitz and glamour of the French Riviera.

If you want to live the lifestyle, befriend a rock star/Hollywood bigwig/Euro royal and pose artfully on the deck of their boat. Failing that, head to Antibes or Cannes (or Marseille) to hire a set of sails. Even if it’s just a small oceangoing craft, stock the fridge with champagne and caviar and live out a little of the fantasy.

For millennia the Nile was Egypt’s main transport corridor, and today’s travellers get the perfect chance to get off-road and sail into history. For multi-day river jaunts, budget-friendly feluccas (small, traditional canvas-sailed boats) and dahabiyyas (more-luxurious houseboats, which have become the Rolls Royce of the Nile) have it all over the big cruisers. They use sail power instead of engines so more time is spent on the river, and they can stop at small islands or antiquities sites that are skipped by the cruise boats.

Most overnight felucca trips begin at Aswan; the most popular option is a three-day, two-night sail to Edfu. By night, recharge your batteries after hot, history-heavy days by star-gazing and listening to the sounds of the river.

A prime holiday hot spot off the Queensland coast, the Whitsundays are the stuff of postcard designers’ dreams – cloudless skies, azure seas and 74 flawless islands. Much of this half-drowned mountain range belongs to the Great Barrier Reef Marine Park, one of the seven wonders of the natural world, so you’ll find kaleidoscopic coral gardens, sea turtles and a mind-boggling array of fabulous fish.

Diving or snorkelling straight off your yacht is incomparable and sailing is huge business, with boats and tours catering to everyone from first-timers to professionals. The gateway to the Whitsundays is the town of Airlie Beach, where all the services cluster along the main drag. To arrange day, overnight, or private charter tours, connect with Sailing Whitsundays, a reputable agency.

There’s something undeniably siren-like about Greece’s islands. Could it be the call of magnificent history, 1400-plus islands dotting the waters of the Aegean and Ionian Seas, and more than 300 days of sunshine a year? Sailing is the best way to set your own island-hopping itinerary, stopping for octopus and ouzo or finding a secluded swimming spot.

Select an island group to explore – favourites include the Cyclades (including the recently booming Santorini and Mykonos) or the Ionians, west of the mainland and including Corfu, Lefkada and Skorpios, the private island of the late shipping billionaire Aristotle Onassis.

Sailors beware the winds of change: the meltemi is a northeasterly wind that blows through much of Greece during the summer, which can make for more challenging sailing conditions.

Bone up on Darwin’s theory of evolution while you sail around this volcanic archipelago the very name of which conjures images of other-worldly wildlife. The Galapagos present a once-in-a-lifetime visit is to fly in and take a week-long cruise, living aboard a boat (sailing yachts are available and totally look the part, but motors are often used).

By day you can snorkel or dive, or come ashore to play Attenborough among astounding wildlife, including vast numbers of sea lions, iguanas, giant tortoises and bountiful birdlife. We implore you, however to tread carefully in this ecological wonderland endangered by climate change.

It’s impossible to talk about the exotic landscape of Tahiti and French Polynesia without clichés. From the lush slopes of the high islands to the white-sand, palm-ruffled atolls with lagoons bluer than Billie Holiday, this is the place that stereotypical ideals of paradise come from. Roughly halfway between Australia and California, French Polynesia’s 118 islands are scattered over an expanse of the Pacific Ocean stretching more than 2000 sq km – an area about the size of Western Europe.

If you’re a yachtie looking to live the dream, start your adventures on the island of Ra’iatea, the yachtcharter centre of French Polynesia. It’s a good idea for sailors to avoid the November-to-March tropical depressions, with their (depressing) rain.

You may also like: How to do a yacht holiday in Cannes – it’s easier and cheaper than you think!
Meet the girl who has spent 10 years sailing the world
Living between a vintage yacht and a van taught this couple to love small spaces

This article was originally published August 31, 2010 and was most recently updated August 7, 2020.

1 min read • Published about 18 hours ago 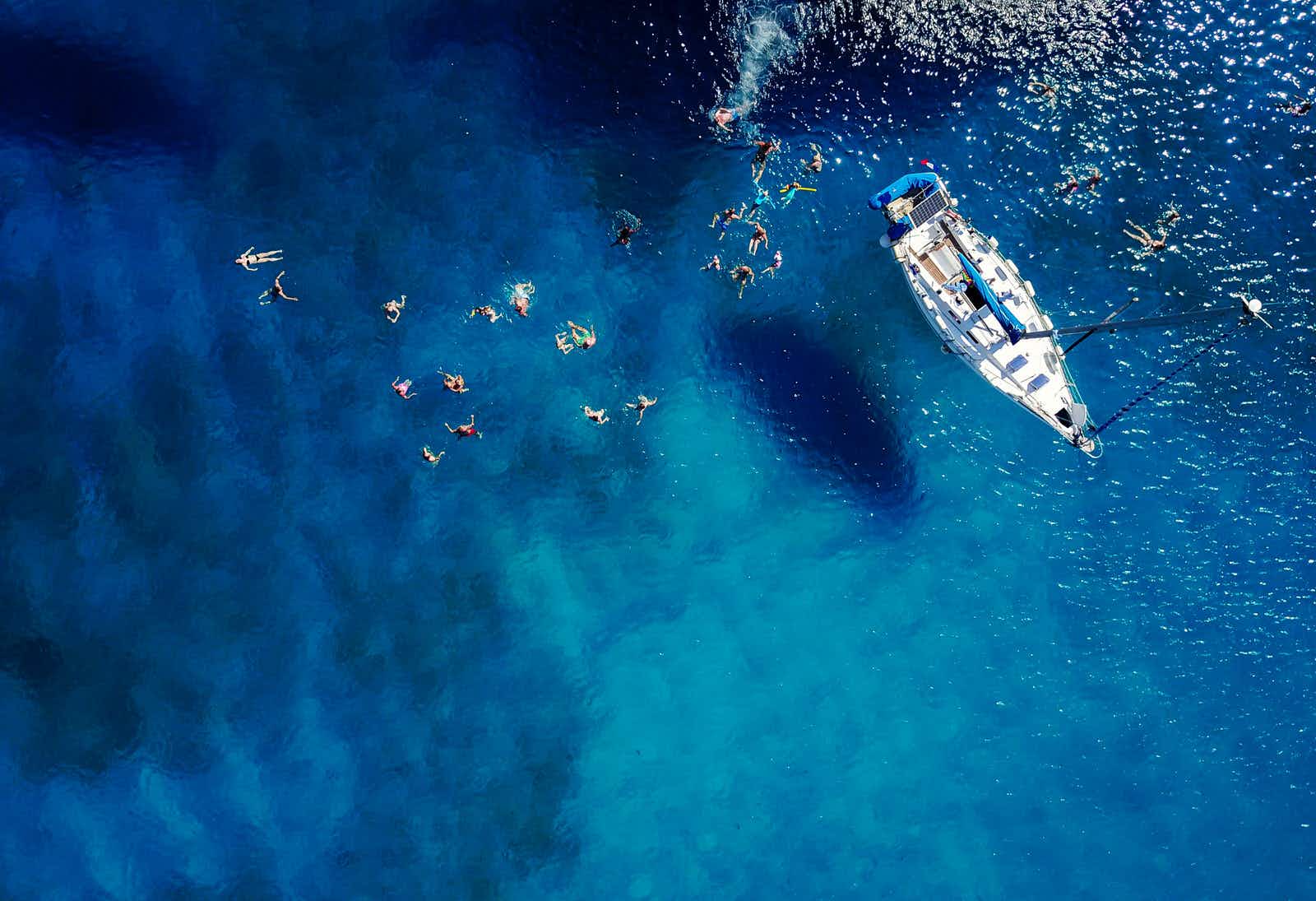 How to do a yacht holiday in Cannes – it’s… 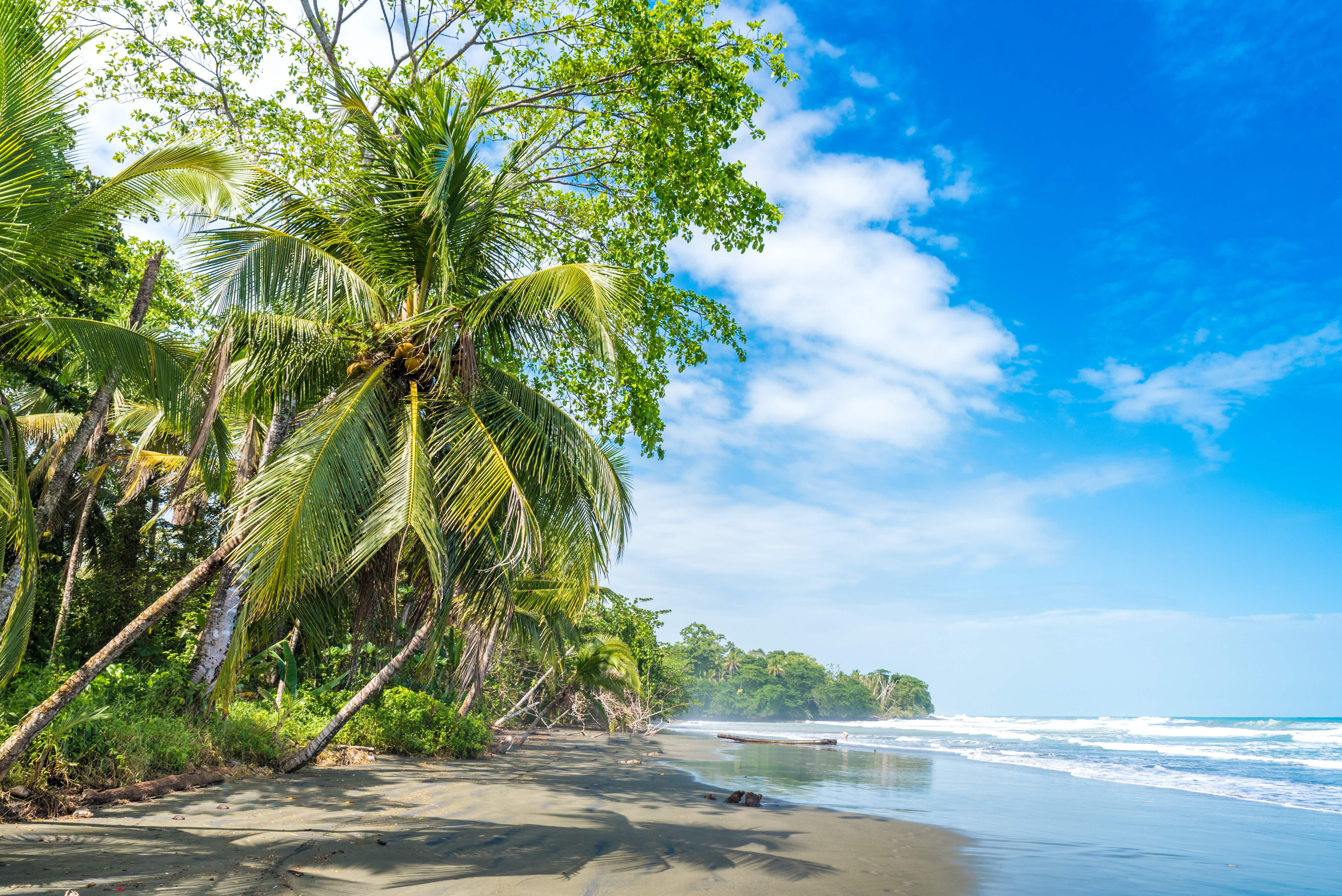