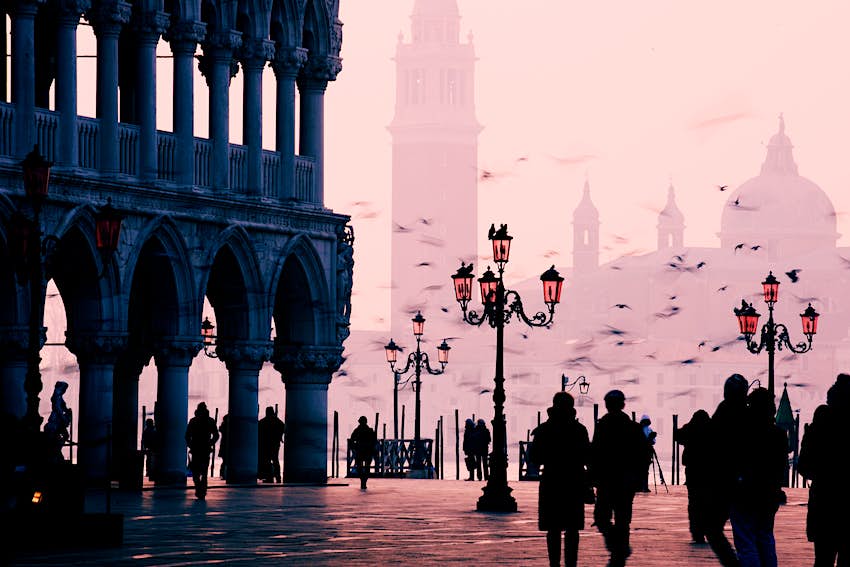 Planning a beach holiday for the year 2100? The travel agent might suggest Dolphin Sands in Tasmania….because it might be one of the only remaining beaches on the planet.

That’s if sea levels rise by a metre, the estimated outcome at current temperature patterns. Even with significant investment in sea defences, many of the world’s current coves are likely to be washed over or wiped out, effectively submerged by water as a result of the melting polar ice sheets.

A tough and immediate reduction in greenhouse gases would only limit frothing sea levels to 50cm. While carbon dioxide emissions did take a fall of 17% in April 2020 due to COVID-19, there is no assurance this will be made permanent due to policy change and the Climate Action Tracker report from June 2019 shows that prior to the pandemic, we were producing more carbon dioxide emissions than ever before.

The general consensus from climate scientists is that rising temperatures will make extreme weather events more frequent. Prolonged droughts and ferocious storms could lead to widespread flooding and regular wildfires (like those seen in Australia earlier this year), plus the destruction of natural habitats. Unfortunately, the world’s most beloved tourist landmarks won’t be sheltered from these environmental impacts either – and many will need our help to survive. Here are the major sites at risk from climate change.

Every five years, the Great Barrier Reef Marine Park Authority reports on the current health of the Great Barrier Reef, the largest coral reef system on the planet. The latest prognosis, released in 2019, doesn’t look positive. Climate change is circled red as the reef’s most significant threat and extreme changes in sea temperatures were responsible for mass bleaching of the coral in 2016 and 2017.

Forests are nicknamed the "lungs of the earth", and coral reefs are seen as the oceanic equivalent. But according to the UN Environment authority (UNEP), more than half of the world’s reefs – which include systems in Belize and the Bahamas – are in danger of deterioration. Limiting global warming to 1.5ºC or less will save more than 10% of the world’s coral; to protect 50%, temperatures mustn’t creep past 1.2ºC.

It stands upon Liberty Island as a symbol of freedom, but for the many immigrants who arrived in the United States via New York City, the Statue of Liberty also represented hope. And it was that misty-eyed optimism – plus around $77 million in repairs – that licked Lady Liberty and the nearby Ellis Island back into shape following the havoc of Hurricane Sandy in 2012.

Sandy was labelled a once-in-700-year storm, but as the mercury climbs globally, mathematicians may need to rethink those odds. The Union of Concerned Scientists believe that Frédéric-Auguste Bartholdi’s sculpture is under threats from the increased intensity of and more frequent storm surges. The US National Park Service, meanwhile, admits that the low elevation of Liberty National Monument makes it highly susceptible to changing sea levels which are rising four times faster on the Atlantic Coast than the rest of the US shoreline.

Under the glow of the swirling purples and greens of the northern lights, the Ilulissat Icefjord is arguably the finest natural wonder of Greenland. Fed by the growing Jakobshavn Glacier, the Icefjord creaks as it calves and creeps past the brightly-painted houses of Ilulissat on the west coast of the Danish territory.

But it’s in trouble. The Arctic is warming twice as quickly as the global average and the loss of the polar sea ice is a tangible, physical manifestation of the planet getting hotter. There may be no sound more heart-breaking than the crashing thunder of the Icefjord collapsing into the sea. Not only are ice sheets essential for cooling the earth as the white ice reflects the sun’s rays back into space, but the 413 gigatonnes of ice we are losing each year directly contributes to rising sea levels.

Venice is often associated with climate change because rising sea levels lead to greater incidents of the city flooding. Nearly 36 million visitors came to marvel at the splendour of this historic lagoon-built city in 2019. With gold-gilded basilicas, grandiose marble palaces, galleries filled with dramatic Renaissance art and slow romantic gondola rides through its canals, it’s a remarkable destination to visit.

Regular flooding, particularly after exceptional high tides, is a real issue for the city; one that’s been aggravated by the dredging of deep-water canals to allow cruise ships into certain channels. According to the Venice Resilience Lab, the number of tides above 110cm has doubled each decade since the major flood of 1966.

In an effort to protect the piazzas and architecture from sustained water damage, the city has been building three retractable floodgates across the main lagoon inlets since 2003. Beset with delays and bankrolled to a cost of $6.5 billion (at the last available estimate), Project MOSE should allow Venice to control the lagoon’s water levels once complete. However, a Unesco report suggests that the gates will need to be used frequently to combat rising sea levels, before the barriers are eventually overwhelmed.

Spliced by the equator, these extraordinary volcanic islands 1000km west of Ecuador, are home to one of the most fascinating but delicate ecosystems on the planet. Creatures sublime and strange mingle without much – though sadly increasing – interference from humankind. As such, a quarter of its 2900 marine animals and a third of its native trichophyte plants remain endemic.

As well as growing concerns regarding overfishing and trying to control invasive species, climate change is expected to take a toll on the ecosystem. The acidification of warming oceans, changes in rainfall patterns and extreme weather are all likely to upset the balance on the islands.

According to UNEP, the biggest disruptor will be the El Niño weather pattern, a natural climatic occurrence which periodically warms sea surface temperatures. With climate change, the number of severe El Niño years are likely to double in the next two centuries. The results could be disastrous for the depleted Galápagos penguins and marine iguana populations, which lost 75% and 90% of their numbers respectively to El Niño events since the 1980s.

The Maldives has long been the dream destination for deep-pocketed honeymooners: a string of 1200 white-sand islands, spread loosely in the Indian Ocean like a scattering of gold coins. Its warm cyan seas, coconut palms and glistening coral reefs are nature’s paradisiacal tonic to the human-made opulence of the country’s five-star-and-above, don’t-lift-a-finger resorts.

But the country has an elevation problem. Its highest natural point is the eighth tee of a golf course on Villingili Island which, at a mere 5.1m above the waves, is unlikely to give anyone a high-altitude nosebleed; many of its other islands merely paddle above the waves. Sea level rises wrought by a temperature rise of 2°C or above will likely spell the submerging of this atoll-based nation – along with other low-lying archipelagos, such as the Fijian islets and the Marshall Islands.

What can we do?

From minimising our impact when flying to not flying at all, choosing to live responsibly, and travelling sustainably can help to reduce the impact of climate change. Choose ethical tour operators, and consider the other positive impacts you can make on your travels.

How to have a sustainable visit to the Great Barrier Reef
Sustainability: what Lundy Island can teach us about saving the planet
Back to nature: 8 rewilding projects you can visit in Europe

This article was originally published in November 2019 and was updated in May 2020.

15 fantastic activities in Albuquerque that celebrate the city's diversity

The best time to visit St Lucia for your next adventure

Best free things to do in Savannah: The Hostess City welcomes you