Most of us are done learning sports by the time we experience our first outbreak of acne, having picked from the – somewhat anaemic – offering of disciplines that form the stalwart of academic physical education: football; tennis; hockey.

But the scope for exciting athletic pursuits does not end there. In fact, there’s a whole world of colourful pastimes to try your hand at and amazing destinations to learn them in – trips that will not only leave you with a potential new hobby, but a deeper understanding of a place and a stronger connection with its people.

Sufficiently warmed up? From kite surfing in Britain to free diving in Australia, here are 9 amazing destinations to learn a new sport this year.

Lightning-fast reactions are an advantage for those taking up hurling, which is the fastest field game on Earth. Learning to play offers not only a physical workout but an opportunity to delve into Irish culture; the sport is practically a religion in parts of the Emerald Isle, where it has been played for around 4000 years.

The rules are as follows: players use a wooden stick, called a hurl, to hit a ball, or sliotar, between the goalposts of the other team. Keeping your eye on the sliotar, though, is easier said than done. Experience Gaelic Games, which are based in Dublin, Galway and Cork, teach curious travellers how to play hurling and other Irish sports like Gaelic football. It’s probably wise to pack a gumshield...

The health benefits of cold-water swimming have been well documented with studies linking an icy dip with better circulation, increased tolerance to stress and a stronger immune system. The Finns take cold-water swimming almost as seriously as they do saunas – a plunge in the country’s icy waters is also a journey into the Finnish psyche.

The Allas Sea Pool in Helsinki is a good introduction to cold-water swimming; it’s not uncommon to walk through the snow to get into the water. Three on-site saunas and a bar provide ample opportunity to warm up (and meet fellow swimmers) afterwards, although Finnish purists would argue it’s best to end with a cold swim rather than a sauna.

You could learn to cycle anywhere in the world, but getting in the saddle in Rwanda has added poignancy. After the 1994 genocide, cycling became an important part of the country’s healing process and was popularised by a small group of survivors, who set up Team Rwanda, the national cycling squad that now competes in the Olympics.

The ‘Land of a Thousand Hills’ is a steep learning curve for wannabe riders, although the gorgeous scenery, warm people and famous mountain gorillas make up for its gruelling ascents. Locals have their own way of tackling the thigh-burning hill climbs – hitching a ride with lorries (though we don’t recommend trying this yourself!).

Britain’s blustery weather might spoil your day the seaside, but it offers ideal conditions for the sport of kitesurfing. Scattered like lonely flotsam along the country’s coastline are dozens of kitesurfing schools, where would-be wave riders can learn how to harness the power of the wind.

St. Ives Bay in Cornwall, Lancing Beach in Brighton and St. Anne’s Beach in Blackpool are English kitesurfing hotspots (the latter appropriately located near Europe’s largest offshore windfarm) with some good pubs to hunker down in afterwards.

Famed for its flatwater lagoons, Troon, on the west coast of Scotland, is also a great spot for beginners. Have a word with the guys at Kitesurf Scotland, who are based there; ideally packing a flask of stern local scotch to help warm up afterwards.

You may also like: where to watch the world’s most unusual sports

In 2017, Yosemite National Park was the scene of what was widely touted as the most dangerous rope-free ascent ever undertaken. The daredevil in question was Alex Honnold, who became the first climber to free solo the park’s 3000ft El Capitan peak. It was a life-or-death mission that made Honnold a legend and cemented Yosemite’s reputation as one of the world’s best climbing destinations.

Thousands of wannabe Honnold’s pass through the national park every year, improving their finger grip with help from Yosemite Mountaineering School & Guide Service, which has been in the business of cliff hanging since the ‘60s.

Champion surfers traditionally hail from the US and Australia, but Brazil has been making waves in the sport lately having produced two world champs in four years.

It’s surprising that it took so long for Brazilian surfers to shine on the world stage, with the country boasting some of the best conditions on Earth for board riders. And then there’s the scenery, which, like a pro Brazilian surfer, is hard to beat; riding a wave towards Sugarloaf Mountain really is about as good as it gets.

Many beginners leave rambunctious Rio de Janeiro and hotfoot it to the seaside town of Recreio dos Bandeirantes, where the surf camp, Surf N Stay, provides wannabe wave riders with the skills they need to excel in the swell.

Most people take their mattresses to the dump when it’s past its best. But not Nicaraguans, who have been known to lug them to the top of the nearest volcano and ride them back down to the bottom – or so the tales about volcano boarding’s early beginnings say.

Like tobogganing, but with significantly more peril, the sport of volcano boarding has grown in popularity and sophistication since its humble origins, with modern participants sliding down black ash slopes on specialised sandboards, granting speeds of up to 90km/hr.

By far the most popular spot to try the adrenaline-inducing pursuit is on the slopes of Cerro Negro, a 728m-high active volcano near the city of Leon in western Nicaragua. Various tour companies offer lessons (Bigfoot Leon Nicaragua and Viatour among them) to lionhearted newbies, who forgo the potential hazards – from cuts and scrapes to inhalation of poisonous gasses – to experience this unique Nicaraguan pastime.

Remember the playground game of tag? Well, kabaddi is a bit like that, except more intense, with kicking and wrestling-style moves to restrain opponents from scoring points by returning to their side of the court after ‘tagging’ opponents’ – it’s high athleticism and high drama.

The game has been played in India for centuries, but has undergone a glitzy makeover in recent years, thanks to the creation of the televised Pro Kabaddi League. Provincial teams now have their own stadiums; players are considered celebrities and the sport boasts legions of passionate followers up and down the country.

There are also academies where wannabes go to hone their skills for the big leagues, such as the Sharda Jan Kalyan Kabaddi Gurukul in Utter Pradesh. But smaller, informal games take place in parks and beaches around the country. Swat up on the – slightly complicated – rules online and ask politely if either side needs an extra player.

You may also like: the biggest sporting derbies and where to see them

Freediving is not simply about holding your breath underwater for as long as possible. There’s something almost meditative about the discipline, which teaches participants breathing and swimming techniques to help them journey deep beneath the waves on a single lungful of air – experiencing a sense of oneness with the ocean and its inhabitants.

Freediving is particularly popular in Australia, where those taking part can come face-to-face with spectacular marine life without having to lug Scuba gear around.

Apnea Australia, which was founded by the former freediving champ, Erez Beatus, has freediving schools across the country, where people can master the sport in a safe and fun environment. Freediving ocean activist Hanli Prinsloo also offers lessons in locations around the globe.

You might also like:
Euro 2020: everything you need to know about travelling to the championships
Trips for travellers who want to learn something new
Scaling new heights: 8 magnificent mountains that are perfect for first-time climbers 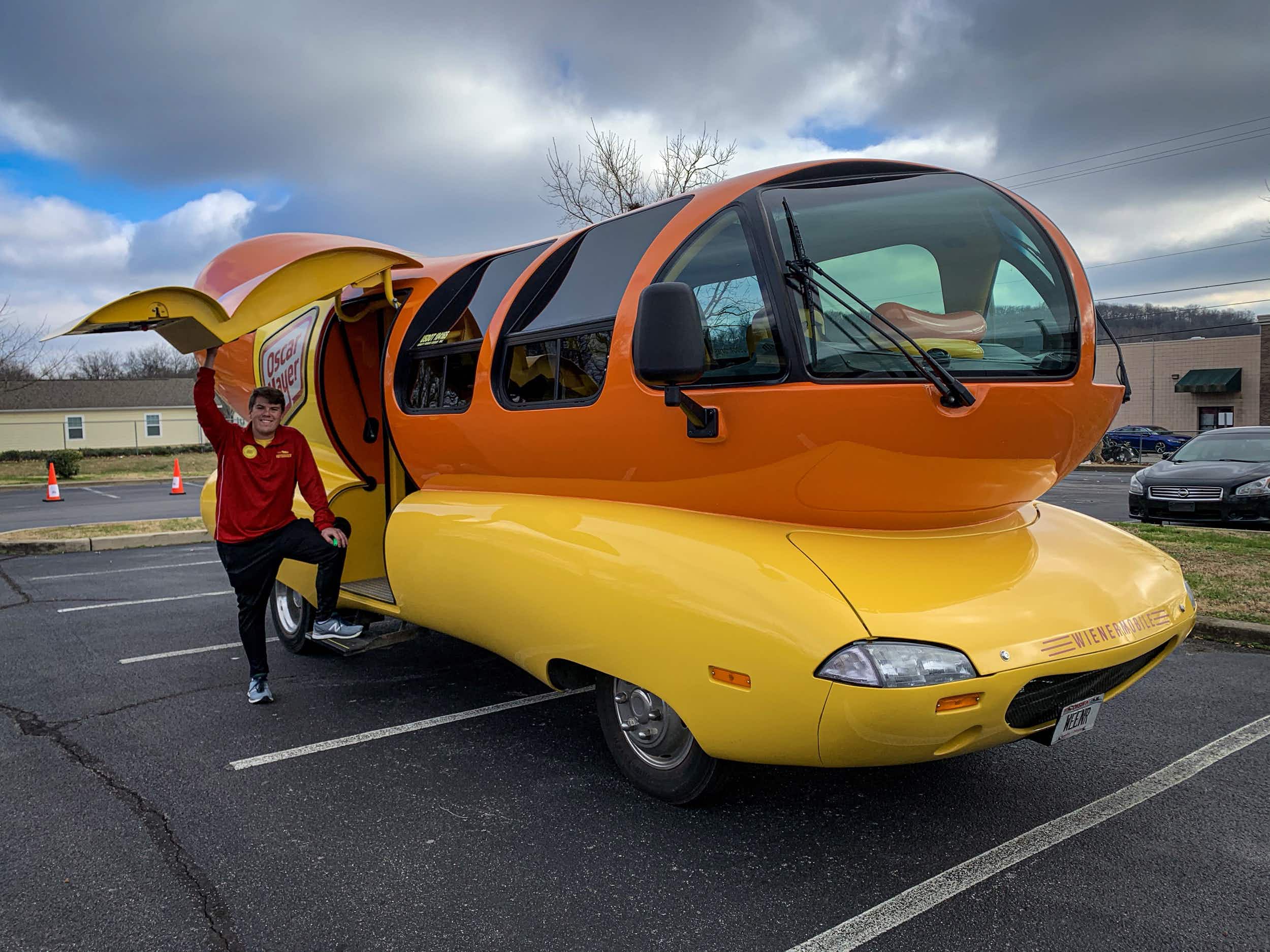 On the road across the USA with the Oscar Mayer… 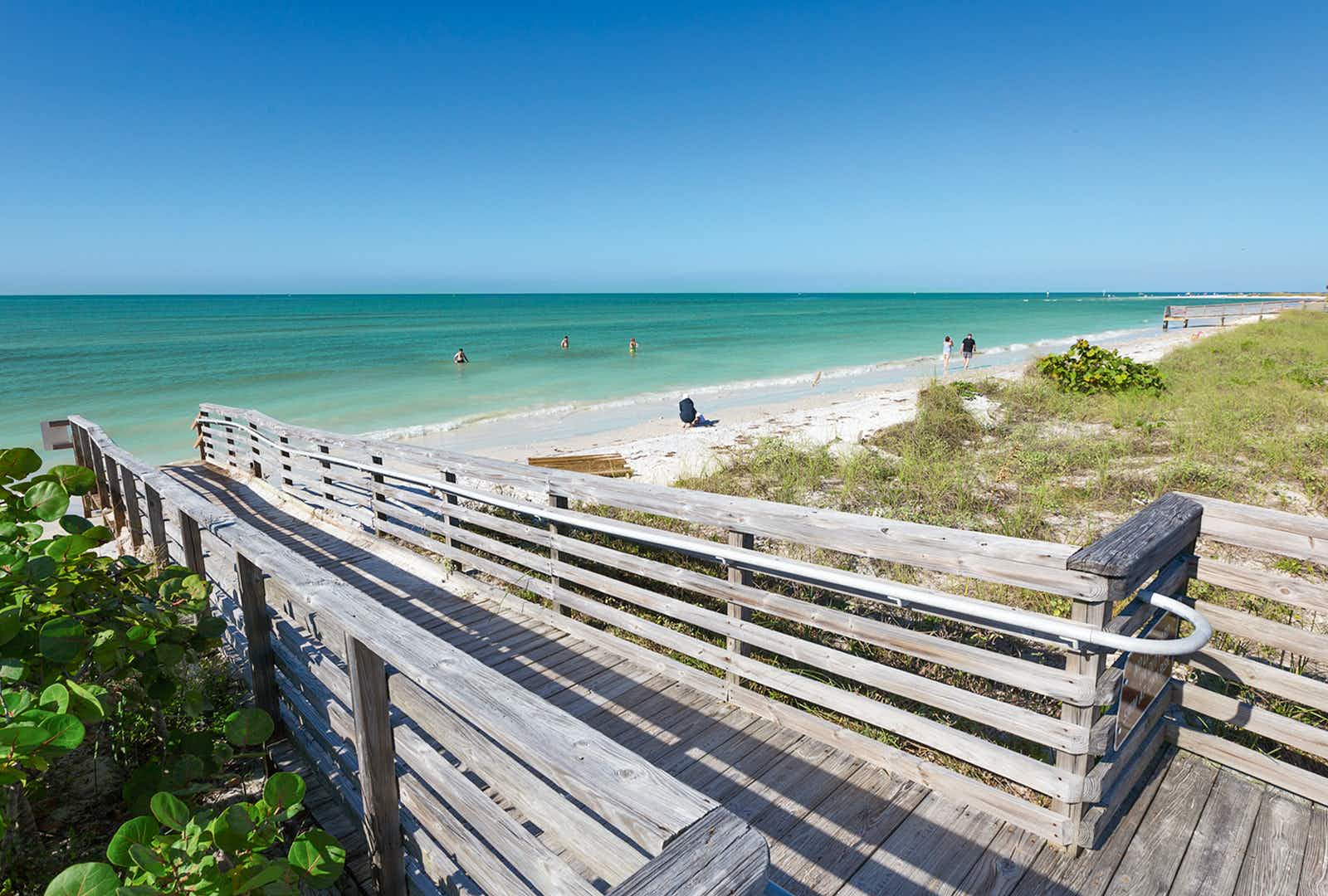 Where to hit the beach in St. Petersburg, Florida