Wetlands are among the most biologically diverse ecosystems on the planet. As well as being a refuge for wildlife, they provide food – including rice, a staple for around half the world's population – fuel, filter water and act as storm buffers.

In the last century, the world lost about half its wetlands due to drainage for agriculture or construction; over-fishing, poaching and pollution from increasing human populations also pose a threat.

But local communities are finding ways to protect these fragile environments through sustainable management – and, by making responsible choices, travellers who want to enjoy their richness can play a part in safeguarding them.

The world’s largest wetland covers over 70,000 square miles, most of it in Brazil’s Mato Grosso do Sul state, and spilling over into neighbouring Bolivia and Paraguay. This patchwork of lakes, lagoons, rivers and marshes brims with tropical flora and fauna, including rare and elusive jaguars, giant river otters, marsh deer and hyacinth macaws. It’s one of the world’s best-preserved wetlands, even though less than two percent of it is officially protected and the rest is privately owned. Caiman Lodge was the first ecotourism operation in the southern Pantanal and it’s now the base of the groundbreaking Onçafari Jaguar Project.

When to go: The dry season, May to October, is best for mammal spotting. During the wet season, roads can become impassable.

North America's most extensive flooded grassland, the Everglades National Park covers 2,400 square miles of south Florida. Most of the park is only accessible by boat and you can take tours through the mangroves from Flamingo and the Gulf Coast. Experienced canoeists can spend a week on the 99-mile Wilderness Waterway, and rangers lead shorter canoe, kayaking and biking tours. Want to get your feet wet? Go off-trail hiking, known as slough slogging, to get up close to wading birds, turtles, even alligators. There are drive-in campsites at Long Pine Key and Flamingo, and more primitive ones inside the park.

When to go: The dry season runs from December to May but June to November is quieter.

On the wild southeast coast of France, between Languedoc-Roussillon and Provence where the Rhône River meets the sea, the 360 square miles of the Camargue is made up of saltwater lakes and marshland, and rich in wildlife and folklore. It’s a nesting ground for pink flamingos, and famous for two unique animal breeds: Camargue bulls and semi-wild white horses that have roamed the wetlands for thousands of years. The ornithological park north of Saintes-Maries-de-la-Mer is a good place to find flamingos, egrets and herons. There are also stables where you can ride, and accommodation to suit all budgets.

When to go: Spring and autumn, when the wetlands are visited by hundreds of thousands of migratory birds.

One of the world's largest inland deltas, the Okavango Delta starts in Angola’s western highlands and ends in Botswana, where it fans out into a maze of channels, lagoons and islands, covering 22,000 square miles in wetter years. A third of it lies within the Moremi Game Reserve, while the rest is divided into private concessions. The delta attracts a vast array of animals including elephants and lions. One of the best ways to experience it is from a low-slung mokoro, a traditional dugout canoe, and a mobile camping safari is usually a more wallet-friendly option than a lodge.

When to go: June to October during the height of the flooding.

Europe’s largest urban wetland lies just 15 minutes from central London. After a £10.6 million regeneration project, Walthamstow Wetlands opened to the general public for the first time in 150 years in October 2017. Owned by Thames Water, the 10 reservoirs here supply 3.5 million households, but they’re also a haven for water birds like gadwall and shoveler, a stopover for migrating birds such as lapwings and sandpipers, and a breeding ground for kingfishers. The site boasts 13 miles of footpath and cycle track, a visitor centre and cafe with a unique tower that houses nesting swifts and roosting bats, and a viewing platform atop the Grade II-listed Coppermill Tower with views over London.

When to go: Year-round, seven days a week. And it’s free.

One of the best-known landmarks of the vast Kakadu National Park in Australia’s Northern Territory is the Yellow Water Billabong. Part of the South Alligator River floodplain, this wetland is one of the best places to see the country’s wildlife in its natural habitat. Take a short Yellow Water Cruise departing daily from Jabiru to spot saltwater crocodiles, sea eagles, whistling ducks and buffalo. You can also visit Kakadu as part of the 456-mile Nature's Way drive, which starts in Darwin and loops through wetlands, gorges and waterfalls across land rich in Aboriginal culture.

When to go: The dry season between June and August is the best time to visit.

Europe’s second largest delta is created by the mighty River Danube, which flows almost 1,800 miles from Germany’s Black Forest to Romania, where it empties into the Black Sea. The delta’s 2,200 square miles play host to around 300 species of endemic and migratory birds, including white pelicans, pygmy cormorants and red-breasted geese. More than 3,400 animal species can also be found here, as well as 1,700 plant species. The best way to experience the delta is by boat, whether on a passenger ferry, an organised excursion or by hiring your own canoe. Stay in the Romanian town Tulcea, camp or stay on a houseboat.

When to go: Spring and autumn are the best time to visit, as summers can be hot and humid.

Dominated by grassy floodplains, Bangweulu – meaning ‘where the water meets the sky’ – is a community-owned protected wetland in northeastern Zambia, home to species such as the endangered black lechwe, a water-loving antelope. But its main attraction is the prolific birdlife: more than 430 species including geese, pelicans, spoonbills, storks, herons, ibises and cranes. Star billing goes to the iconic shoebill – a huge, prehistoric-looking bird with a striking similarity to a dodo – and Bangweulu is one of its last remaining breeding sites. Since the NGO African Parks took over the wetlands in 2008, poaching has decreased and wildlife numbers are recovering.

When to go: Birdlife is at its peak from February to April and sightings can be made by boat; from May to July it’s possible to drive.

Alongside southern India’s Malabar Coast, the Kerala backwaters are a web of lakes and lagoons, linked by channels and fed by almost 40 rivers, stretching for more than 900 kilometres. When the fresh water meets the Arabian Sea, it creates an ecosystem that provides a natural habitat for many unique species of aquatic life, including crabs, frogs and birds. Locals have used the picturesque, palm-fringed waterways for centuries, for fishing, agriculture and transporting rice and spices. They also attract visitors, who cruise on kettuvallams – traditional rice boats turned floating hotels – for a taste of rural Keralan life.

When to go: The cooler dry season runs from December to February. 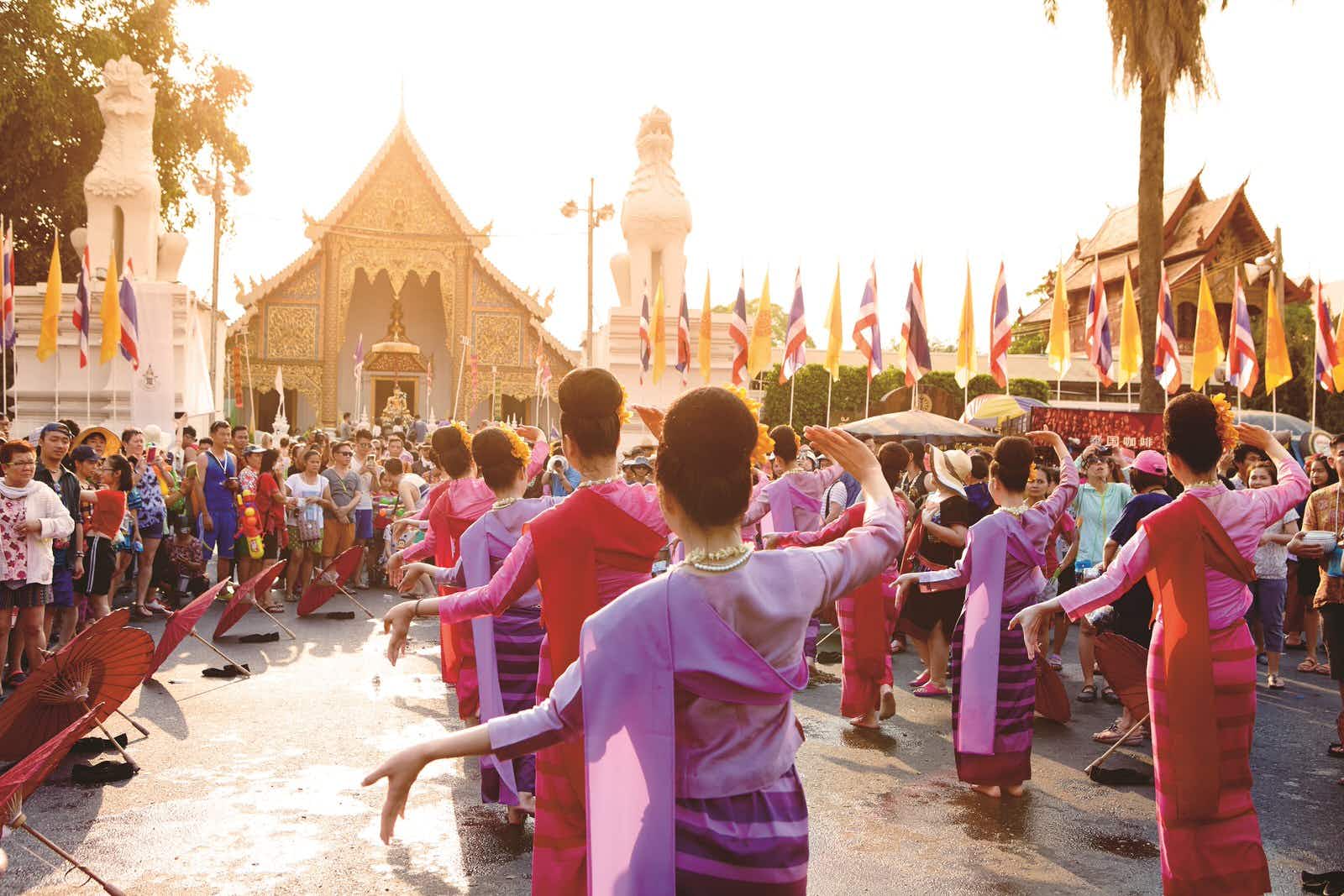 Wringing in the New Year at Chiang Mai’s Songkran festival… 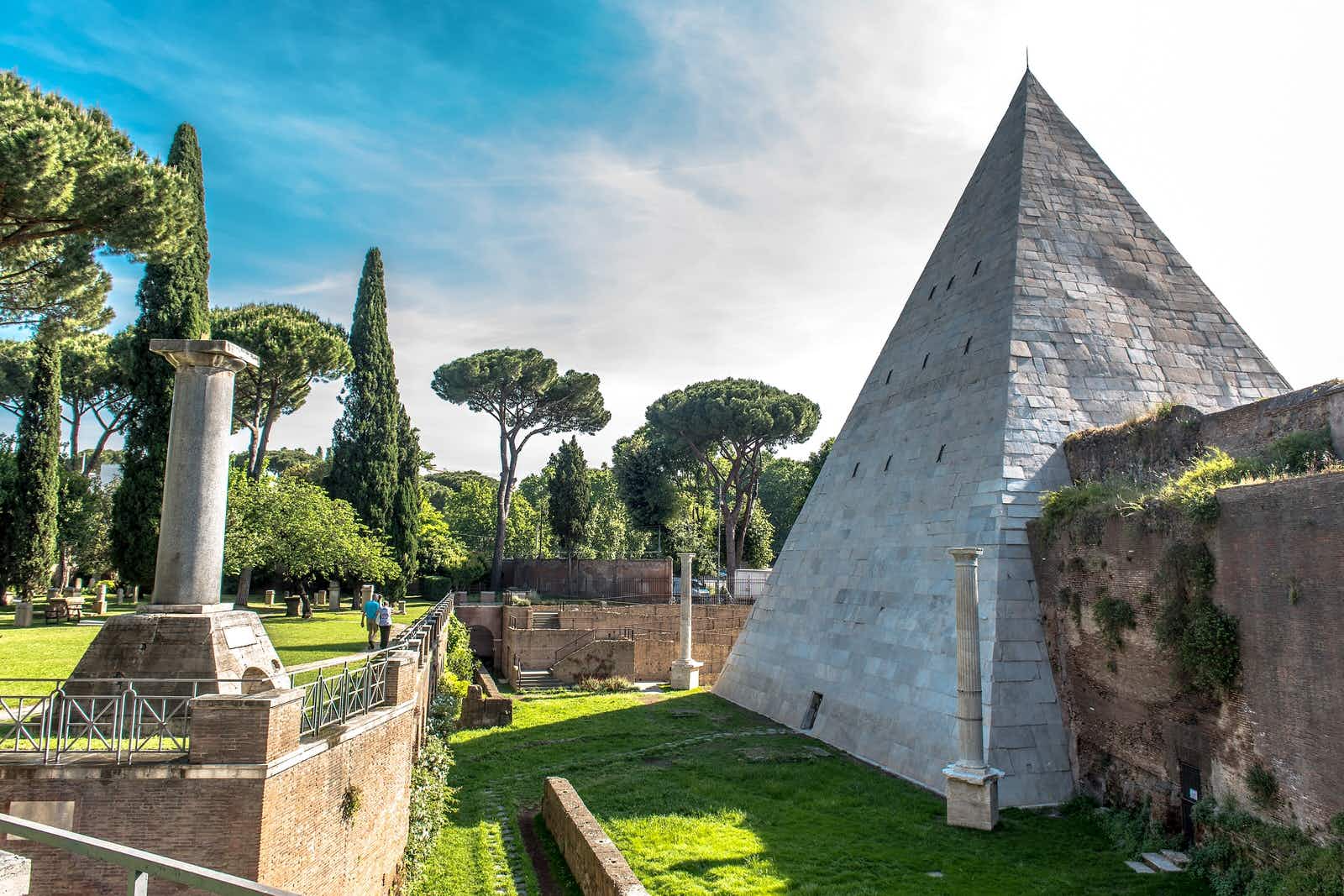