The best coffee destinations around the world

From the humble bean to that lovingly-poured, expertly-frothed cup ‘o joe, coffee has made quite a journey from its homeland of Ethiopia to become a global essential and social custom. We are living in a golden age of coffee with ecological farming practices and specialty roasts percolating the movement, filling nearly two billion cups a day across the globe.

To get the purest taste of the bean – in its freshest, just-roasted, form – you’ll need to go direct to the source. So put a pot on and enjoy our round-up of some of the planet’s most captivating coffee regions.

How to ask for a coffee in the local language: Bir kahve lütfen
Signature coffee style: Türk kahve (Turkish coffee)

True to its position on the edge of the Middle East, Turkey has a long-established coffeehouse culture, with cups glimpsed alongside backgammon boards in bazaar courtyards nationwide. Repairing to the kahvehane (coffeehouse) or Çay bahÇesi (tea garden) for a cuppa, accompanied by a gossip and a nargile (hookah) packed with apple tobacco, is part of the Turkish philosophy of keyif – taking life easy.

This long history has spawned numerous customs, dating back to the elaborate ceremonies of the Ottoman courts, in which 40 coffee-makers would prepare a brew for the sultan. Turkish men once selected a wife based on their coffee-making skills, and it was considered grounds for divorce if a husband could not provide daily coffee.

Tar-like Turkish coffee is normally downed in a few short sips and, afterwards, drinkers tip the sludgy residue into the saucer and read their friend’s fortune in the patterns.

Sip a pour-over coffee in a Japanese Kissaten

How to ask for a coffee in the local language: Kōhī o kudasai
Signature coffee style: Pour-over

When people in Japan talk about "first wave" (the era that coffee became widely available to consumers as instant coffee), they’re most likely referring to kissaten, the word for coffee shop long before  "cafe" entered the national lexicon. When they first began appearing in the early 20th century, kissaten were portals into an exotic world and carried a whiff of  intellectual society. Today the word is used to describe a coffee shop that embraces an aesthetic (think deep red velvet seats, low lighting, porcelain cups) and taste that predates the arrival of mass-market chains.

Amidst the authentic art deco or mid-century interior, the coffee is prepared one cup at a time, by a measured pour-over (or sometimes a siphon). The house blend (burendo kōhī in Japanese) will likely be a dark roast, served in a small, dainty cup, always with a saucer, teaspoon and a dollhouse-sized pitcher of cream that holds just enough to turn your single serving into that perfect shade of caramel.

Take an espresso in an Italian coffee shop

How to ask for a coffee in the local language: Un caffè/macchiato/cappuccino/caffè latte per favore
Signature coffee style: Espresso

Italians love coffee so much you might think that they invented the drink. They didn’t. But their passion for the bean has inspired a coffee culture unequalled anywhere else in the world. When coffee was first shipped to Venice in the 16th century, it caused an uproar and was almost banned. The so-called "wine of the Arabs" was considered a Satanic invention. However, when Pope Clement VIII admitted a penchant for the drink, the stigma receded rapidly and a coffee shop was opened pronto on Venice’s Piazza San Marco in 1683.

Over time, each city developed its own style. In Trentino, ask for a cappuccino Viennese and you’ll be served a frothy coffee with chocolate and cinnamon. In the Marche region, stop for a caffè anisette and you’ll get an aniseed-flavored espresso, and in Sicily you’ll find caffè d’u parrinu, coffee flavored with cloves, cinnamon and cocoa powder. Rituals around coffee developed, too, such as the Neapolitan practice of caffè sospeso (a suspended coffee), whereby you pay for two coffees but leave one for a stranger to enjoy for free.

It wasn’t until 1906, however, that Italy’s signature espresso was first introduced, and the technological marvel of the espresso machine has powered the Italian workforce ever since.

Start your day with a macchiato as Ethiopians do

How to ask for a coffee in the local language: Hade bun, bejaka
Signature coffee style: Macchiato

Welcome to the birthplace of coffee. According to legend, coffee’s all-conquering march dates back to a humble Ethiopian herder named Kaldi who, in the ninth century, noticed that his sheep were particularly energetic after chewing on what we now know as the coffee plant, Coffea arabica. Whether the legend is true or not, Ethiopia’s claim to be the source of all coffee is no idle boast – the arabica coffee plant is native to the southwestern highlands of Ethiopia, and it was from here that the plant (and coffee) came to the attention of the world.

Ever since the brief and troubled occupation of the country by the Italians in the mid-20th century, Ethiopians have been among the most prolific coffee drinkers on Earth and espresso bars serving macchiato seem to be everywhere. It remains very much a part of the Ethiopian day – especially in the morning at home, and again on the way to work – to stop for a coffee in a dedicated coffee shop.

Embrace the Swedish concept of fika

It’s a little-known fact but Sweden actually drinks more coffee than practically any other country on the planet – only the caffeine-crazy Finns drink more. Drinking coffee is a national pastime in Sweden, and coffee breaks are practically a mandatory part of everyone’s day; the Swedes even have their own word for it, fika, which roughly translates as a cozy moment shared with friends, ideally over a cup of coffee and something sweet such as a cinnamon bun.

During the late 18th and early 19th centuries, coffee became the preferred beverage for the aristocratic elite, and kaffeehus (coffee houses) and konditori (pastry shops) became a common sight on the streets of Stockholm, Gothenburg and Malmö. The country now boasts some of Scandinavia’s top coffee shops, in which cutting-edge brewing techniques are blended with that stripped-back, effortless, eminently enviable sense of Scandi style. Coffee isn’t just a drink here: it’s an expression of self.

The best flat white coffee is in New Zealand

How to ask for a coffee in the local language: I’ll have a flat white, thanks mate
Signature coffee style: Flat white

There’s no denying it: little New Zealand, sitting in splendid isolation at the bottom of the South Pacific, has had a disproportionate impact on contemporary global coffee culture. The country was colonized by tea-supping Brits in the 19th century, and coffee was for a long time the preserve of Mediterranean immigrants. It was in the 1980s that the seeds of the coming revolution were planted: it was around this time that the term "flat white" was coined, referring to an espresso served in a small cup and topped with milk that’s been gently heated to a silky smooth consistency.

By the early 1990s, some of the architects of this new breed of cafe added roasteries to their operations and began supplying their competitors with beans. They started offering training in the dark arts to their customers, teaching them how to extract the perfect espresso and "stretch" milk to a flawless flat-white consistency. By the mid-1990s, there were quality cafes in pretty much every corner of the country.

Drink a chorreador in Costa Rica

How to ask for a coffee in the local language: Un cafécito, por favor
Signature coffee style: Café chorreado

To talk about coffee in Costa Rica is to sing the praises of the chorreador. Consisting of a bolsita (fine-cloth sock-like "little bag"), often held open and upright by a wooden stand, the chorreador allows poured hot water to filtrate through coffee grounds and into a receptacle. It is the precursor to the pour-over coffee practices now honed by baristas in cities worldwide.

The chorreador, however, has been in use for a long time in Costa Rica – certainly since the 1830s, when laws required families to plant at least two coffee bushes on their land and coffee became the country’s number one export. (It has since been surpassed by other products.) As a result, coffee is a deeply embedded, extremely popular part of the culture.

This article was originally published in April 13 2018.

Why coffee is the perfect traveling companion
How to drink coffee like a true Italian
Espresso yourself: 7 best spots to sip Cuban coffee in Miami

This article was first published April 2018 and updated September 2021 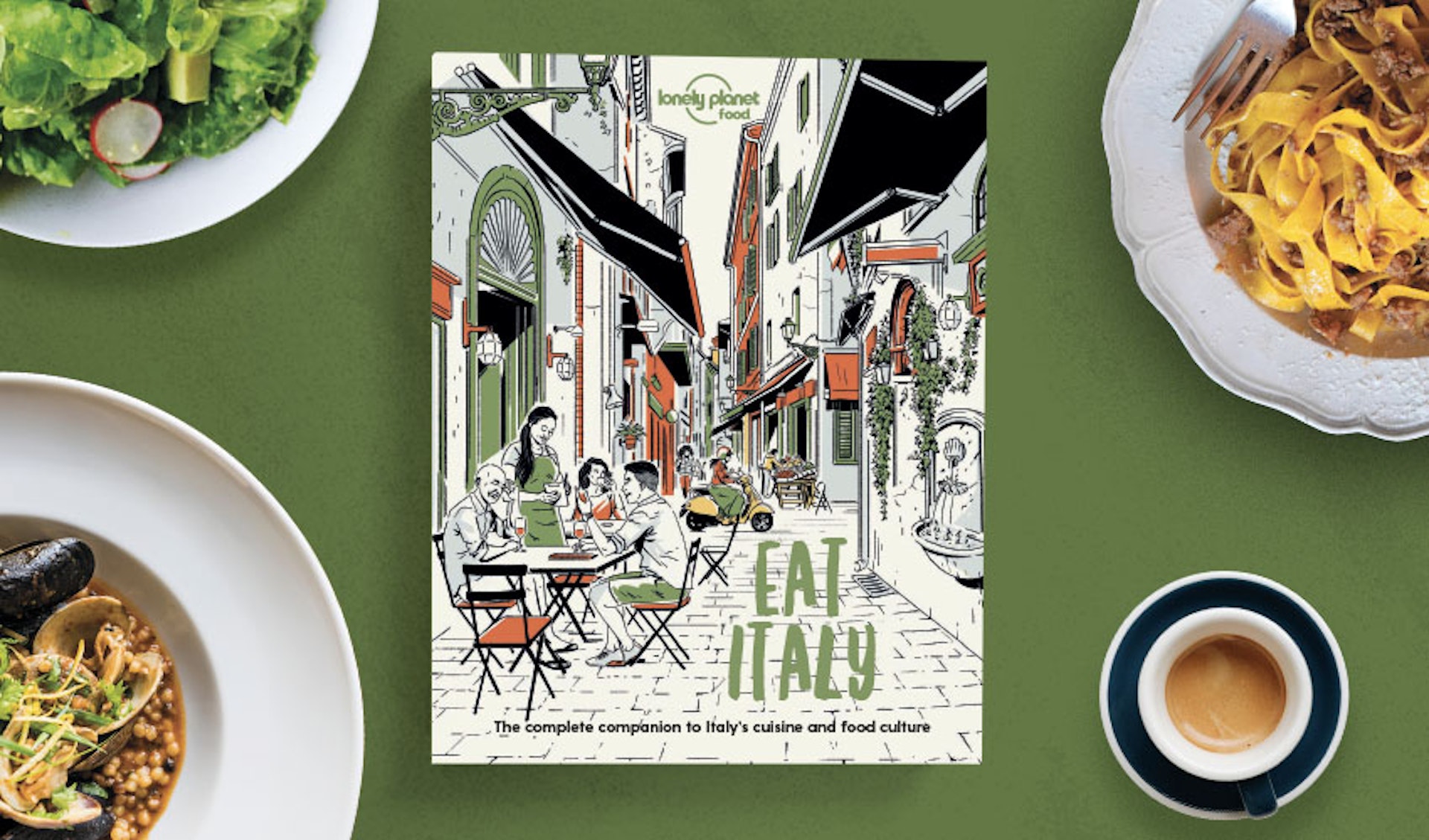 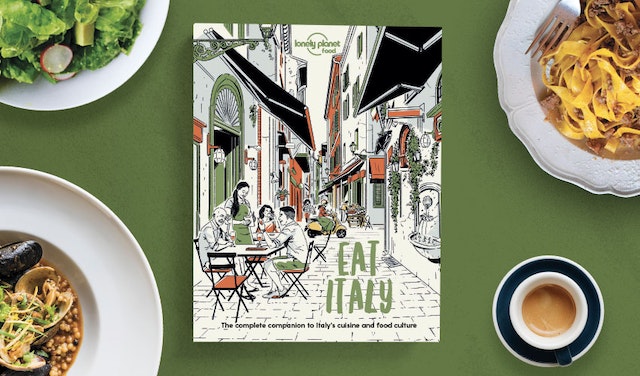