6 of the best day trips from Budapest

Budapest might offer two cities for the price of one – handsome Buda and fun-filled Pest – but you can taste more of Hungary on a day trip.

Not far from the capital is the countryside, where wine cellars, cobbled country towns and historic, arty outposts by the Danube await. The area around Budapest is gorgeous all through the year, and once you've had your fill of history, art, wine and nature, you can always retreat back to Budapest's elegant thermal baths to soak in lavish style before supper.

These day trips from Budapest are easy by bus, train, car, or even boat, so pack your walking shoes and start exploring.

1. Delve into Hungarian history over a glass of wine in Eger

Northeast of Budapest, Eger Castle is legendary as the bastion that held out against the Turkish invasion, but the relics of the town's eventual Ottoman conquest, including a 40m-high (131ft) minaret and Turkish baths, still pepper Eger’s baroque streets.

Apart from the legacy of the siege, Eger is known for its wine – most notably "Bull’s Blood," believed by the Turks to have given the Hungarians superhuman power in battle. Today, you can try Eger wines straight from the barrel in the Valley of Beautiful Women (Szépasszony-völgy Hétvége) on the outskirts of town, where wine cellars are carved into the bedrock of the surrounding hills.

If you have time, pay a visit to the city’s historic Lyceum, with its wood-clad baroque Archdiocesan Library and its Great Tower, housing an astronomy museum filled with vintage instruments as well as a camera obscura overlooking the city.

As you stroll along Szentendre’s cobbled streets, with the 18th-century tower of Blagoveštenska Church peering above the wine-red and sunset-yellow colored houses, you'll immediately understand why this handsome country town is the most popular day trip destination from Budapest. Szentendre sees visitors year-round, but aim to avoid weekends in high summer when the town can get really busy.

Szentendre had a thriving Serbian community back in the 18th century, and it became better known as an artists’ colony in the late 1920s. The town is still dotted with galleries, including the Margit Kovács Ceramic Collection and Serbian Ecclesiastical Art Collection. More cultural encounters await at the open-air ethnographic museum on the outskirts of town, and the National Wine Museum, which traces the development of winemaking in Hungary from its earliest days and offers a wine tour with tastings.

How to get to Szentendre from Budapest: Szentendre is about a 40-minute drive north of Budapest, but it's just as fast to come by train. The H5 HÉV suburban train line runs here from Batthyány tér station in the center of Budapest. In summer months, boat services also run up the Danube to Szentendre.

Once the summer residence of Emperor Franz Josef and his wife Elizabeth, Gödöllő Royal Palace carries all the hallmarks of Habsburg extravagance. In the small town of Gödöllő, this many-winged baroque palace, accented with flecks of gold on the facade, houses a network of rooms decked out with upholstered silk in burgundy, turquoise, indigo and lavender. Too much? Not for the Habsburgs.

Golden chandeliers drip from stuccoed ceilings above velvet-covered chairs, Caucasian knotted carpets muffle the floors, and painted ceramic stoves are a reminder of how this lavish palace stayed warm during the icy Hungarian winter. The grounds stretch out into lawns surrounded by an arboretum of orderly trees, statues and botanical curiosities. Don’t miss the Baroque Theatre for a glimpse behind the scenes of a working 18th-century playhouse.

How to get to Gödöllő from Budapest: Gödöllő lies east of Budapest, 45 minutes away by car. Alternatively, take a direct train (40 minutes) from Budapest’s Budapest-Keleti station in the east of the city.

Esztergom is Hungary’s most sacred city. The town’s enormous basilica, rising high above the town and the Danube River, is a striking sight, appearing unexpectedly in a stretch of green countryside. You might have to pinch yourself to be sure this is not some CGI special effect.

But Esztergom’s appeal goes beyond its iconic domed church; there's also a former royal palace (now a museum) to explore. And, despite this being the seat of Roman Catholicism in Hungary for more than 1000 years, the town is home to a 400-year-old mosque (also now a museum) that visitors can nosy around.

For lunch or an afternoon coffee, Esztergom has a handful of great cafes – try the dramatic courtyard at Padlizsán or inventive Prímás Pince, in the cellars beneath the basilica. The town also boasts a dusting of good hotels and campsites, should you wish to stay the night.

How to get to Esztergom from Budapest: Esztergom is located northwest of Budapest. It takes about an hour to come by car, and 1 hour 20 minutes on the direct trains that run from Budapest-Nyugati station.

5. Spend the day at the lake in Balatonfüred

In summer, Lake Balaton (the largest lake in central Europe) is the go-to destination for Budapest citizens seeking a break from the city hustle. The elegant and historic resort town of Balatonfüred is an ideal taster for lake life, just a couple of hours’ train ride away from the capital.

The town was once frequented by artists, writers and scientists – you’ll find the names of illustrious past visitors inscribed on the placards embedded into the wall of the Pantheon, which overlooks Gyógy tér, a leafy square with a natural spring at its center, dispensing slightly sulphuric, but drinkable, thermal water.

Balatonfüred remains a very popular resort, loved for its lakeside promenade, which meanders past yachts docked in the small marina with hazy views over to the Tihany peninsula in the distance. Make sure you take a boat trip around the lake from the jetty for the best views.

6. Hike the trail up to Visegrád castle

Visegrád is a small town on the Danube Bend famous for its big views. An intense hike on a rocky woodland trail will take you up to the 13th-century citadel above town for dizzying views over this scenic kink in the Danube River, with the Börzsöny Hills beyond. If hiking isn’t your thing, you can also take the City-Bus taxi van service from the ferry pier up to the castle.

Down in Visegrád town, go for a ramble around the romantic ruins of the handsome Renaissance palace, former seat of the warmongering king, Matthias, who ruled Hungary in the 15th century. Afterward, learn about how Hungary’s famous pálinka (fruit brandy) is made – and how it tastes – in Visegrád’s small pálinka museum.

How to get to Visegrád from Budapest: Visegrád is located to the north of Budapest, just over an hour away by car. While you can come by bus from Újpest-Városkapu train station in Budapest (one hour and 15 minutes), it’s much more romantic to travel by boat up the Danube (one hour by hydrofoil, or three hours and 20 minutes by slow boat) from April to September. Another option is to take the train from Budapest-Nyugati station to Nagymaros-Visegrád (one hour) and then the hourly ferry across the river.

This article was first published June 2019 and updated January 2023 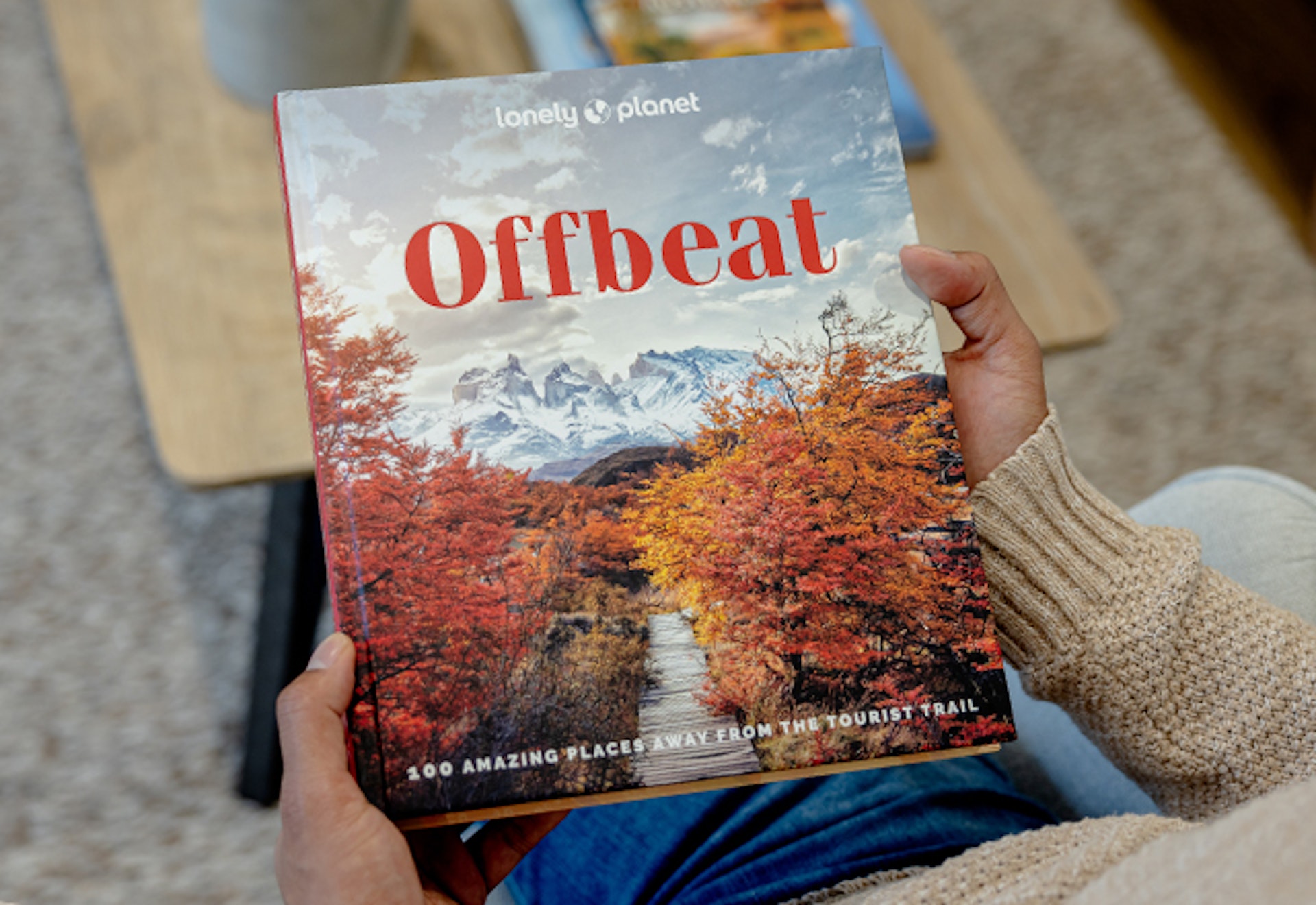 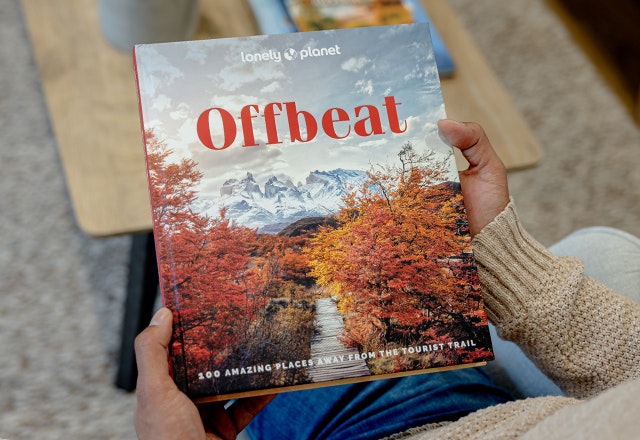