Adventure awaits the LGBTQ traveler in South America: head south for a range of beautiful natural sceneries, astonishing world wonders and some of the liveliest parties in the world. While most countries in South America are largely Catholic and retain a very conservative outlook, many of these destinations are evolving to embrace their LGBTQ communities, particularly in Argentina, Uruguay, Brazil, Colombia and parts of Chile.

Below we've compiled a list of the four of the most LGBTQ-friendly cities in South America, destinations where gay, queer and trans travelers will find thriving communities and plenty to explore.

Despite being a very Catholic country, Argentina is socially liberal compared to most of its neighbors – it was the first country in South America to legalize gay marriage in July 2010, and the ruling also included full adoption rights.

Consequently, Buenos Aires is one of the most gay-friendly places in South America. Each November, the city hosts a large Pride festival that attracts over 100,000 people, and the government also invests in and supports the LGBTQ community – an international gay business and LGBT tourism conference called Network360 takes place every August along with the BADiversa week, which includes a variety of festivals, events and concerts.

Travelers shouldn't miss the Sunday market at San Telmo, as they'll be treated to live tango performances in the streets, and of course, many souvenirs to buy. If you need a respite from the busy market, the nearby Pride Café is the perfect place for a few afternoon cocktails.

One of the most unique things about Buenos Aires is its tango culture, in particular, the rise of the queer milongas (tango halls) over the past decade. A fact lost to time: when it started in the late 1800s, tango was initially a dance between two men. Today, head to one of these milongas to learn the tango and then watch live shows with same-sex partners. The two main queer milongas are La Marshall and Tango Queer, both located in San Telmo.

Buenos Aires is also home to a large LGBTQ nightlife scene, with extensive bars and clubs to fit everyone's interests. Catch a show at Sitges, tear up the dance floor at Glam, and explore Amerika's three floors; Contramano in Recoleta is very popular with the over-30s, and the weekly “Fiesta Puerca” + “Fiesta Plop!” parties at the Teatro Vorterixm in Palermo are frequented by the 18-25  crowds.

Bogotá, Colombia's bustling capital city, has undergone a massive transition over the past 20 years. Thanks to its cultural diversity, Colombian society tends to be open and tolerant despite being so staunchly Catholic. It is, however, worth noting that the machismo attitude still persists quite strongly in rural areas, particularly by the coast.

The capital city, Bogotá, is an excellent destination for LGBTQ travelers who will find a welcoming scene in the Chapinero neighborhood, home to gay hangouts like the bar/restaurants El Recreo de Adán and Estación Cafe. The main highlight of Bogotá's gay scene is the mega-club Theatron, the largest LGBTQ club in South America. The complex is split into 13 mini clubs spread over 5 floors, and each one has its own theme. All the rooms are open on Saturday nights, and the entry of 48,000 pesos ($16/£12) allows you to access all areas and includes open bar until 2am.

Famous for its street art, hip student vibe and its top-notch museums (like the Museo del Oro), the Candelaria neighborhood in downtown Bogotá is also a great area to explore.

When it comes to liberal attitudes, Uruguay is one of the most progressive places in the world. Gay rights in Uruguay have long been respected: homosexuality was decriminalized in 1934; anti-discrimination laws have been in place since 2003; adoption laws were enacted in 2009, and gay marriage was legalized in early 2013. As such, society in Uruguay is largely very accepting, tolerant and super gay-friendly.

Montevideo has the largest LGBTQ community in the country, and its Marcha por la Diversidad takes place on the last Friday of September. The city is also home to some great LGBTQ-friendly restaurants and bars. Check out La Pasiva – famous for its pizza, beer, and somewhat suggestive logo or La Fonda, an organic-focused, family-style joint that proudly flies the rainbow flag. On weekends, most start a night out with a few drinks at Chains Pub before heading to the city's clubs: Il Tempo or Cain. Both clubs have go-go dancers and hilarious drag shows – perfect opportunities to learn a few Spanish slang words.

Chile has come a long way since the dark days of the oppressive Pinochet years between 1973 and 1990, when LGBTQ people were detained and reportedly killed in high numbers. In just a few decades, Chile has quickly evolved to having major gay events and a strong queer culture, and the country is now discussing marriage equality laws. As a sign of solidarity with its LGBTQ community, the Palacio de la Moneda (the formal offices of the president) in central Santiago lights up with rainbow colors on May 17 for the International Day Against Homophobia (IDAHO). Chilean society outside of the big cities does remain very conservative, with a strong influence from the Catholic Church. However, attitudes are slowly changing.

Santiago’s gay scene is large and mainly congregated into one area called Bellavista, which harbors a mix of bars, clubs and restaurants. One of Santiago’s most famous restaurants is the gay-owned Sarita Colonia. The eclectic décor resembles something from an LSD trip or Alice in Wonderland, and the establishment's self-proclaimed theme is “Peruvian Transvestite Kitchen” – what the website explains is a "tribute to the apocryphal Peruvian miracle-worker followed by immigrants, prisoners, homosexuals, transsexuals and transvestites, where marginalized rage is welcomed and transformed into balm for tolerance and respect." The food at Sarita Colonia is delicious, too.

Nightlife kicks off in the early evening at on the terrace of popular bar/restaurant Station Bar; Bar 105 is another popular choice thanks to their tasty pisco sours. There are a handful of bars that host drag shows later in the evening, the most popular stops being Dionisio, Burdel and Farinelli. Should you still be going strong at that point in the evening, hit the dance floor at Femme or Club Soda. Near to Santiago, you'll find one of the largest gay clubs in the whole of South America, Il Divino, located in the nearby resort town of Viña del Mar.

Another highlight in Santiago is the rich wine culture — the city is full of bodegas where you can stop in for a taste of Chile's prized nectar. The LGBTQ-focused Pride Tours Chile does package trips for gay travelers to Santiago, which include wine tasting at the best bodegas. 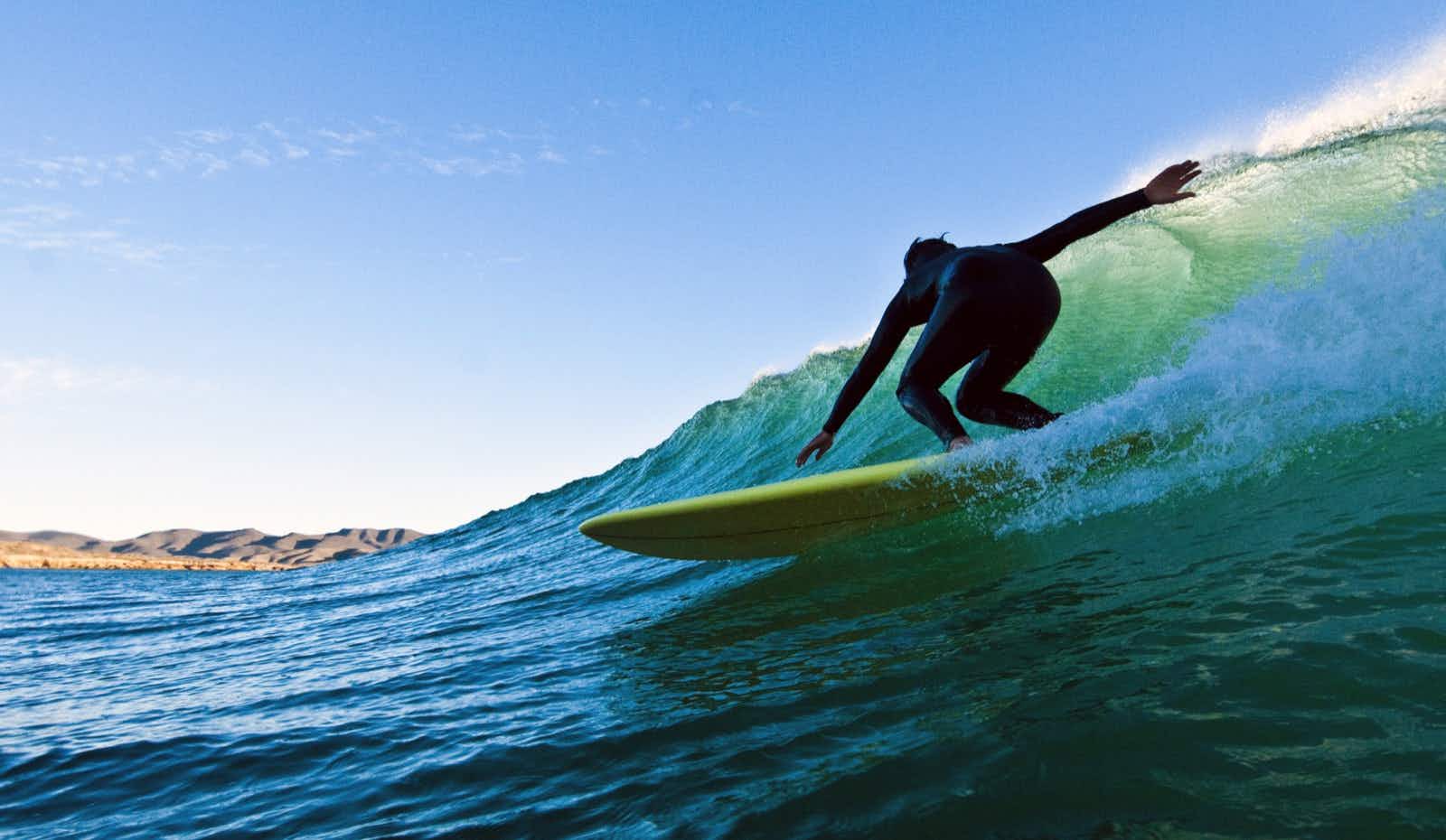 Catch a wave in the 10 best countries for surfing… 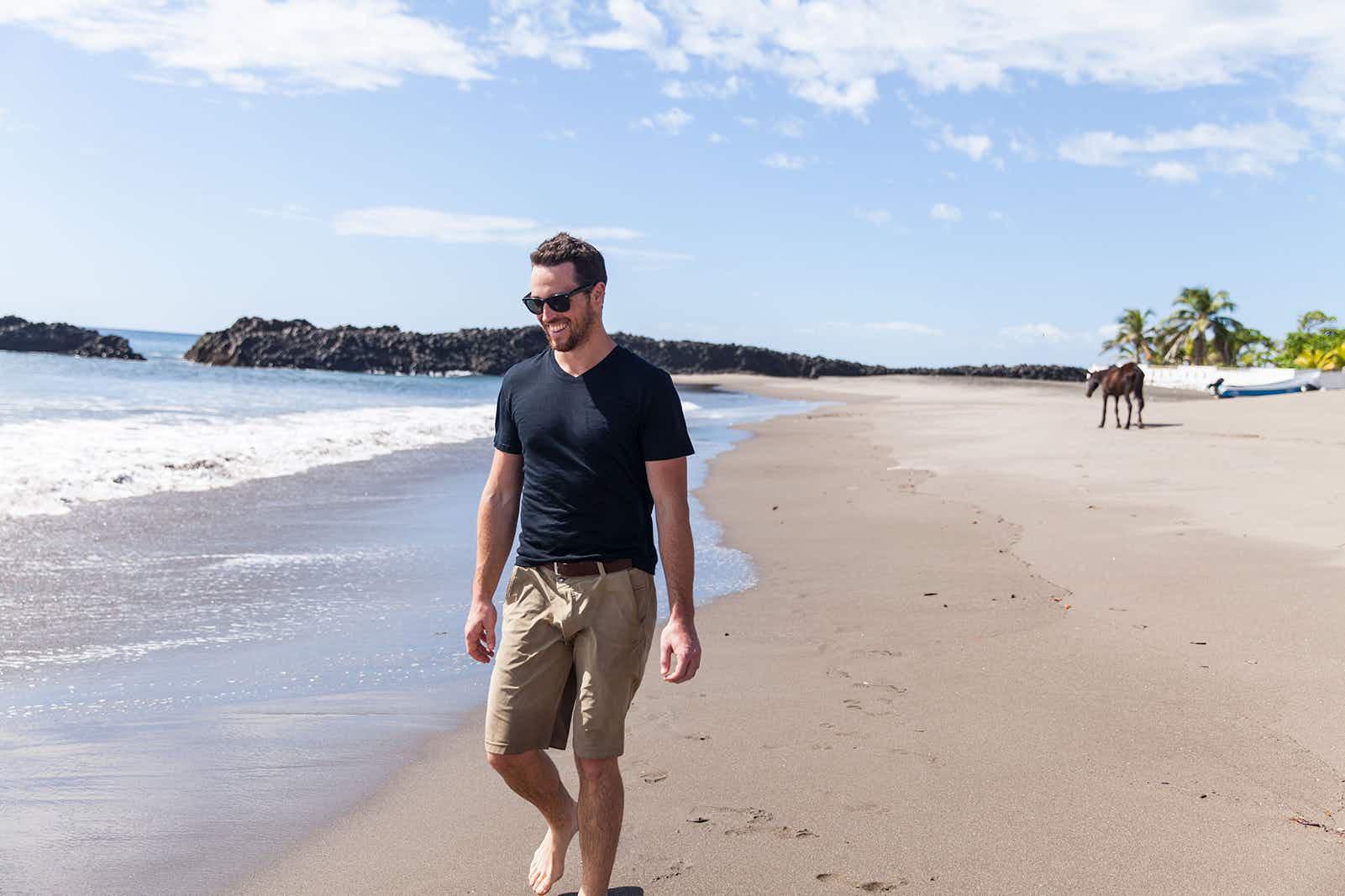 Nine Father's Day gifts for dads who love to travel…