Honor the struggle for civil rights in the Southern USA

No movement has challenged the United States to live up to its highest ideals, while tempting its worst demons, like the battle for civil rights. The fight is not one contained narrative, but a series of episodes, the latest of which is unfolding today. From the beautiful (marchers hand in hand in Selma, Alabama) to the nightmarish (those same marchers set on by police dogs), many of the events and images from this struggle are writ into Southern soil and soul.

Fifty years after Martin Luther King Jr's assassination, it is more important than ever to remember the sites of the losses and victories during the movement he led, those way points on a long, difficult and still incomplete road to equality under the law.

The Lorraine Motel in Memphis, where Martin Luther King was assassinated in 1968, is now part of the National Civil Rights Museum © Stephen Saks / Getty Images

The space between Birmingham, Montgomery and Selma, Alabama, forms a triangle that is perhaps the most important polygon in the geography of the 1960s Civil Rights movement. As such, few locales are better positioned to take on the history of Civil Rights than the Birmingham Civil Rights Museum, located across the street from the 16th Street Baptist Church, where four young black girls were killed when the church was bombed during a Sunday school lesson in 1963. A thoughtful layout keeps visitors engaged as they move through this enormous, deep and enlightening collection.

A poignant urban walk, Birmingham’s Civil Rights Memorial Trail wends past seven blocks set off by historical markers and powerful sculptures that depict important moments from the 1950s and 1960s era of the campaign. Of particular note, both here and in the Birmingham Civil Rights Museum, are the reactions and intellectual justifications given by those who opposed civil rights, which are sadly familiar today. As this trail and different museums portray, many carried signs supporting states’ rights (to segregate), ‘law and order’ and their right to protect Southern heritage.

On to Montgomery, and a small home that once served as the living and work space of a young pastor named Dr Martin Luther King, Jr, who lived here during the organizing period for the Montgomery bus boycotts. Inside Dexter Avenue Parsonage, you’ll see both reproductions and actual examples of the King family’s library (including books on nonviolent resistance), old vinyl records, ashtrays and mid-century furniture and accoutrements. Guides will also point out the spot on the front porch where white supremacists tried to bomb the King family. Travelers may also want to stop by the actual Dexter Avenue King Memorial Church, which is famously inviting to curious visitors.

A smooth circle of black granite covered in a skin of rushing water makes a poignant memorial to 40 martyrs of the  movement at the  Civil Rights Memorial Center. Designed by Maya Lin (who also designed the Vietnam Memorial), the monument marks the entrance to a small museum that details the lives lost in both the American Civil Rights movement and struggles for justice and equality from around the world.

At Montgomery’s Rosa Parks Museum, visitors learn that Rosa Parks was a trained activist whose refusal to move to the back of the bus one fateful day in 1955 set in motion the Montgomery bus boycotts, a carefully prepared civil disobedience campaign. At the time, white Southern society raged at Parks for being an unpatriotic troublemaker led astray by outside influences who should have been grateful to her country. Her gender and race exacerbated the hate, but her will easily cast aside these critiques.

Some 50 miles to the west, in Selma, the Edmund Pettus Bridge marks the point where a coalition of nonviolent protesters began a march to Montgomery, only to be set upon by bigots waving Confederate flags and police accompanied by attack dogs. Eventually, the marchers completed their long walk to Montgomery. Today the bridge sits near the National Voting Rights Museum and is, for many tourists, the culmination of the Alabama Civil Rights Trail, which focuses on the action and activism of the Rosa Parks and MLK generation.

Remember Emmett Till in Mississippi

In 1955, 14-year-old Emmett Till was murdered after he was accused of flirting with a white woman (his accuser would later recant her testimony). His killers, who openly bragged about the murder, were acquitted by an all white, all male jury, but the surrounding media firestorm brought the issue of extrajudicial violence against African Americans into the public consciousness.The Emmett Till Museum, located in the Delta courthouse where the Till trial was argued, is structured as an interactive and wrenching storytelling experience. This is one of the more powerful museum experiences in the country, let alone the South. Sadly, signs memorializing Till and marking the spot where his body was recovered from the Mississippi River are frequently riddled with bullets or otherwise defaced.

MLK and more in Atlanta

Georgia was also front and center in the fight against segregation, and Atlanta is one of the best places to explore its history. The excellent Center for Civil & Human Rights has an exhaustive collection of materials and interpretive exhibits that focus on the 1950s and '60s phase of the American Civil Rights movement. Video footage of iconic moments like street protests and justice marches, plus re-creations of segregated spaces, give the institution an immediacy and power that’s impossible to deny.

The multi-block Martin Luther King Jr National Historic Site includes Dr King’s birthplace, which only accepts a limited amount of visitors per day, and a visitor center that provides an in-depth grounding on the life of Dr King alongside a timeline of the early and mid-20th century civil rights related events. If you plan your visit for a Sunday, you can attend services at the new branch of the Ebenezer Baptist Church, which is a short walk from the visitor center. The congregation, once led by Dr King, is welcoming to visitors, but do make an effort to dress up.

Still a functioning high school, Little Rock Central High School is also a National Parks site thanks to its history. In 1957, nine African American students desegregated this public secondary school. Facing down threats, taunts and a jeering mob, the Little Rock Nine set in motion an era of official desegregation. This story (like most from this era) does not have an neat ending. Thanks to dodgy school zoning and the opening of ‘segregation academies’ – private schools founded by white parents who wanted to avoid desegregated public schools – many Southern school systems remain almost as segregated now as they were in the 1950s. A nearby museum charts the history of the desegregation of the school system in the South, as well as in Little Rock specifically.

Loss of a leader

One of the most notable sites at the National Civil Rights Museum at the Lorraine Motel in Memphis is across the street from the museum itself. This low-slung turquoise hotel, which seems to have been plucked from another era, is the Lorraine Motel, where Dr Martin Luther King was assassinated by James Earl Ray in 1968. Two interior rooms have been preserved to mark the incident. The museum itself includes powerful exhibits on the long arc of black oppression in America, from slavery to segregation to the black power movement.

New Orleans’ Treme, the oldest African American neighborhood in the USA is, first and foremost, a lovely place to walk around. You'll find the usual New Orleans architectural tableau of shotgun houses painted like a pastel rainbow, all set against a tropical sun. But it’s important to be cogent of history here; this neighborhood once housed free people of color, and later, liberated slaves. When the free people built St Augustine Cathedral, they made sure to purchase pews for their enslaved brothers and sisters. To this day, a cross formed from chains – representing faith in the face of slavery – stands outside of the cathedral grounds.

Revealing the truth about the plantation lifestyle

There are many preserved plantations in the South, but the Whitney Plantation is the only one dedicated to telling the full story of the enslaved people who worked on them. A harrowing guided tour takes visitors through exhibits that demonstrate, with an unflinching eye, the cruelty and horror of Southern chattel slavery. It’s a powerful experience, and serves as a necessary reminder that the often romanticized Southern way of life defended by the Confederacy (and later apologists) was inextricably wrapped up with slavery. 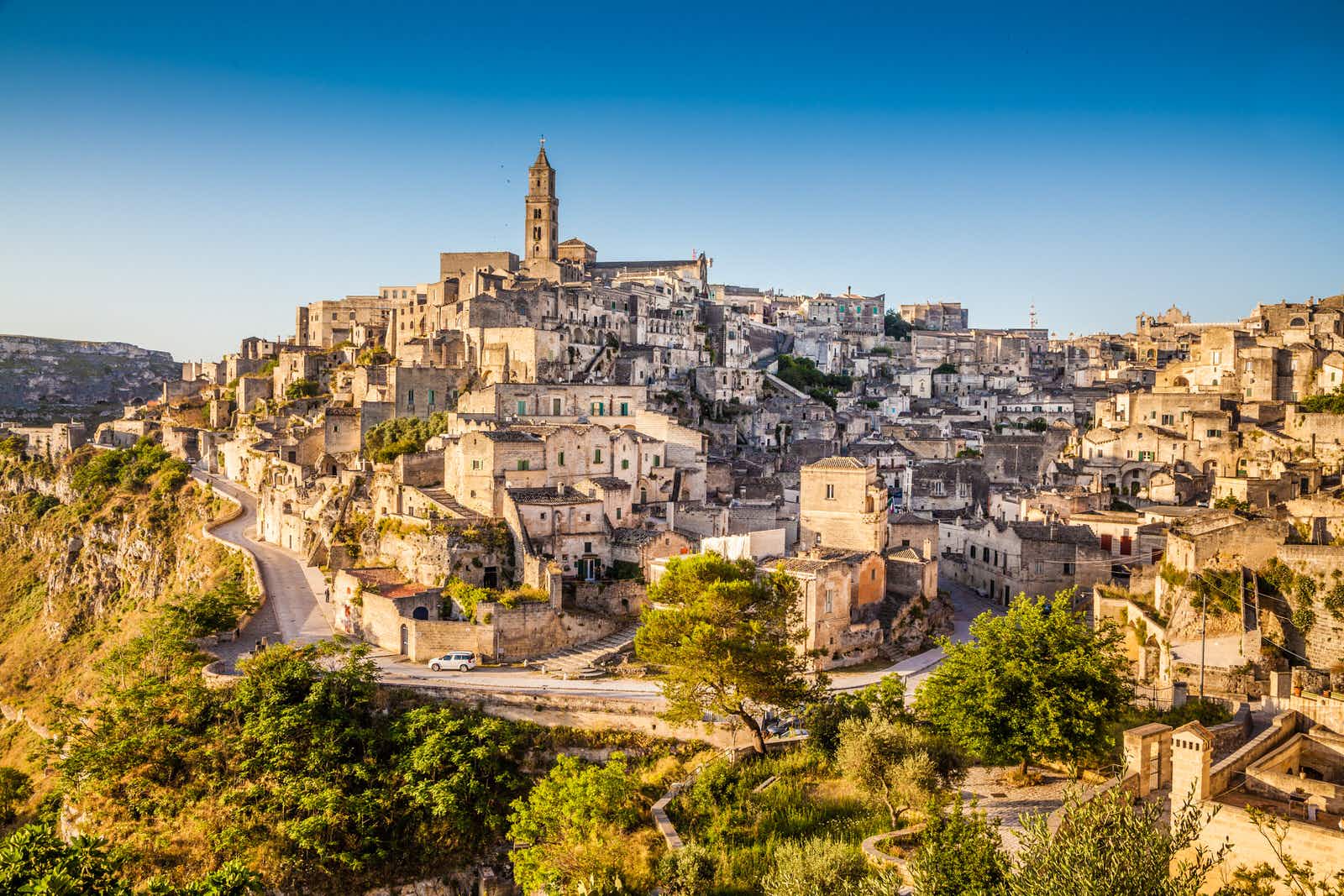 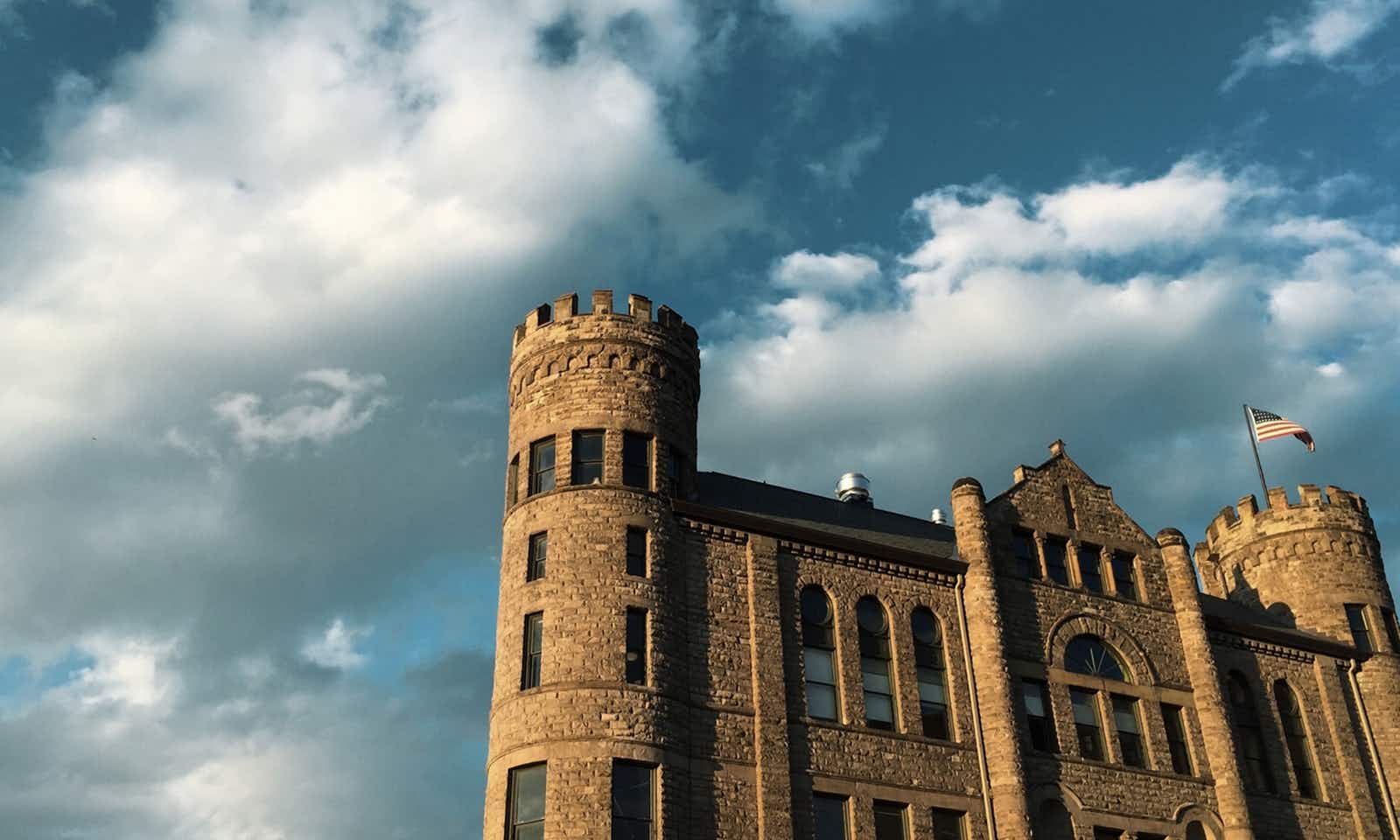