The South's so-called capital isn't nicknamed Hotlanta for nothing, y'all. Charismatic and lush, Atlanta is a feverish, easy-on-the-eyes cavalcade of culture, cuisine and Southern hospitality.

With more than six million residents in the metro and outlying areas, Atlanta continues to experience explosive growth thanks to domestic transplants and international immigrants alike. Beyond the big-ticket Downtown attractions you will find a constellation of superlative restaurants, a palpable Hollywood influence (Atlanta is a hugely popular film-production center) and iconic African American history. That last point can't be overstated: any nationwide African American intellectual, political and artistic movement you can mention either had its genesis in Atlanta, or found a center of gravity here.

City in a Forest

Without natural boundaries to control development, it's fair to say Atlanta is more a region than a city. Yet for all its sprawl and suburbanization, there is a lovely urban core covered with trees – some 36% of the city to be exact, making it one of the most densely forested cities in the US. Magnificent oaks, Southern pines, dogwoods and magnolias pepper the nation's ninth largest metro area, a refuge for 343 parks, nature preserves, gardens and public spaces. Among the green is the ongoing Atlanta BeltLine, transforming the city's urban core and cutting a cinematic path through the canopy.

Martin Luther King Jr, the quintessential figure of the Civil Rights movement and arguably America's greatest leader, was born and raised in Atlanta, the son of a preacher and choir leader. His lineage was significant not only because he followed his father to the pulpit of Atlanta's Ebenezer Baptist Church, but also because his political speeches rang out with a preacher's inflections. King remains one of the most respected figures of the 20th century and is Atlanta's quintessential African American hero, his legacy emblazoned across the city's historic Sweet Auburn district, home to the Martin Luther King Jr National Historic Site.

Atlanta is a quirky and cultured metroplex, with world-class museums, theater and arts. The economy is robust, the population is young and creative, and the social scene is refreshingly diverse. Distinct neighborhoods are like friendly small towns, rife with pristinely preserved historic homes and thoroughfares of hip bars, cozy coffee shops and independent shopping. And the food? Be it classic Southern eats such as pecan pie, fried chicken and pimento cheese; innovative, chef-driven New American foodie haunts; or ethnic holes-in-the-wall, Atlanta's dining scene is a culinary juggernaut.

Must see in Atlanta

The Civil Rights movement owes a great debt to the actions of various martyrs, communities and political actions throughout the American South, but almost no aspect of the movement can be mentioned without including Atlanta and the city's most famous son, Martin Luther King Jr. The power of walking in the steps of this Baptist preacher turned international Civil Rights icon at the Martin Luther King Jr National Historic Site while pondering struggles around the world cannot be overstated.

Must see in
Atlanta

0
View all More in Atlanta 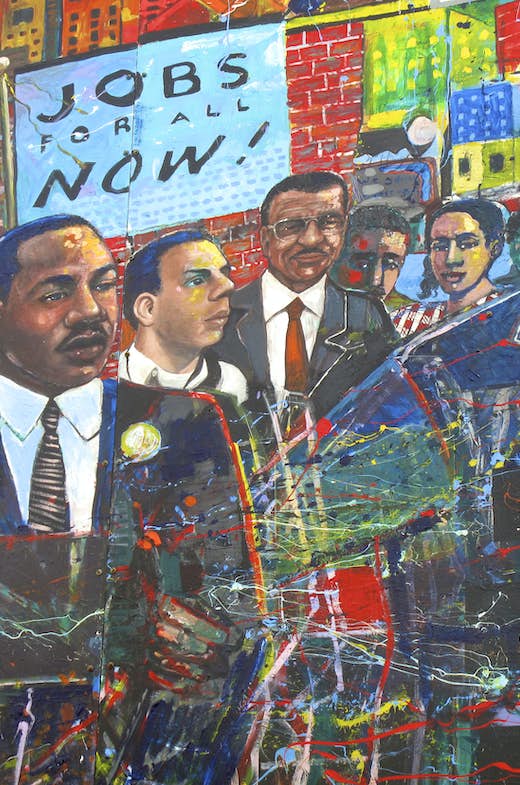 Atlanta is the birthplace and final resting place of one of America's most pivotal and charismatic historical figures - Dr. Martin Luther King Jr.

These are our favorite local haunts, touristy spots, and hidden gems throughout Atlanta.

Whether it’s a guided tour of a historic landmark, private tasting of local delicacies, or an off-road adventure — explore the best experiences in Atlanta.