10 of the world’s coolest neighbourhoods to visit right now

Few travel lovers have trouble naming the world’s greatest cities; the likes of London, New York and Rio de Janeiro will always draw curious wanderers. But keeping tabs on the local trends that keep city life so exciting is another matter.

We asked our Lonely Planet Locals from around the globe to share their must-see neighbourhoods. Some have been steadily developing their street cred for years, others are in the midst of rapid transformation – all are ripe for exploration right now.

On the southern side of Florence’s Arno river, the San Frediano neighbourhood is breathing new life into the Oltrarno area, known more for its artisans than hipster appeal. With its narrow streets and tiny sidewalks, all the action is sandwiched between one of the city’s last remaining ancient gates and Borgo San Frediano.

Georgette Jupe is an American writer based in Florence. Follow her tweets @girlinflorence

This industrial area is coming to life thanks to an influx of new galleries and restaurants, including Cafe Onion © Ki-Sun Lee

Stroll through Seongsu-dong during working hours and you’ll probably catch the smell of ink heavy in the air from print presses in full throttle. Labelled the Williamsburg of Seoul, this industrial hub owes its new reputation to its salvaged spaces – abandoned warehouses and factories that have been transformed into cafes, restaurants, galleries and independent shops.

Many credit exhibition space and cafe Daelim Changgo for having led this revolution back in 2011. Today, a dozen venues have followed suit, populating the neighbourhood with fashion-forward twenty-somethings and their DSLR cameras. Sip on a cup of single-origin coffee at Cafe Onion, Zagmachi or OR.ER and watch as the old and new combine to create something beautiful.

Nestled between Lisbon’s Bairro Alto and Santos neighbourhoods and parliament, on the route of iconic Tram 28, is a cluster of three streets dubbed ‘The Triangle’. Lower rents around these parts have attracted a new generation of creatives and entrepreneurs who are repurposing derelict tile-covered buildings on ruas Poço dos Negros, São Bento and Poiais de São Bento and setting up shop alongside dusty antique sellers and family-owned restaurants.

Thanks to its colourful history and despite its increasing popularity, Copenhagen's coolest neighbourhood has managed to maintain its edge. Home to some of the city’s best street art, vibrant Vesterbro is packed with cool independent shops, street markets, restaurants and bars.

If you do anything, come hungry. Vesterbro packs a mean brunch at cafés like Mad & Kaffe and Granola, while the old Kødbyen Meatpacking District (a distinctly hip pocket within the Vesterbro area) and the newly opened WestMarket are crammed with foodie options. Thirsty? Craft beer lovers can sample the goods at local brewers Mikkeller and Fermentoren.

Caroline Hadamitzky is a travel writer and tour guide based in Copenhagen. Follow her tweets @lovelivetravel

Ignore the unsexy name – Business Bay is becoming one of Dubai’s most exciting neighbourhoods. Once a soulless expanse of half-built office towers – a casualty of the 2008 global financial crisis – the area is reinventing itself as a waterfront leisure destination.

Bordered by glitzy Downtown Dubai to the north and intersected by Dubai Canal, there’s a 12km-long promenade for strolling, while ferries cruise south to Dubai Marina and north to the Al Fahidi Historic District. Things will only improve over the next few years as parks, playgrounds, marinas, hotels, cafés and boutiques pop up along the canal. Away from the water, Bay Avenue is the community’s buzzing heart, with casual restaurants, a pleasant park and weekly farmers’ market during the cooler winter months.

Lara Brunt is an Australian travel and lifestyle journalist based in Dubai. Follow her tweets @larabrunt

Bangsar may be better known, but Damansara Heights has the buzz. One of the richest addresses in Kuala Lumpur, this neighbourhood has retained its personality despite its recent revitalisation.

Post-facelift, Jalan Batai has developed into a community-focused street replete with eateries and cosmopolitan conveniences. While the road has yet to draw KL’s cool kids, the offerings – farm-to-table restaurant Sitka, Ben’s Independent Grocer (including a great coffee bar) and the elegant Torii yakitori and whiskey bar – deserve attention. Swing by Plaza Damansara, a beat-up area seeing an uptick of shiny shops and restaurants such as café-bakery Huckleberry, Skullduggery speakeasy and Flour, a North Indian restaurant that peddles a knockout biryani.

The success of art and commerce behemoth Industry City has shone a light onto one of Brooklyn’s most exciting under-the-radar neighbourhoods. Situated below Park Slope, on the south and western borders of Green-Wood Cemetery, Sunset Park hosts a heady mix of cultures and traditions.

On the east side stands Brooklyn’s Chinatown, with its rows of restaurants, bubble tea shops and boutiques. The west is home to a large Latin American community and plenty of friendly bars, not to mention the historic Melody Lanes bowling alley. At the centre of it all is Sunset Park itself. Set on one of the highest hills in Brooklyn, it offers spectacular views of lower Manhattan for the locals and visitors who flock here on summer evenings.

Robert Balkovich is a writer and gin-based cocktail enthusiast. Follow his tweets @robertbalkovich

Low rents and excellent transport links have helped make Botafogo the hottest neighbourhood in Rio. Talented young chefs, entrepreneurs and creatives are the driving force behind an increasingly exciting nightlife. The focus is on originality and collaboration, with established spots like Bukowski and Comuna being joined by funky new concept bars and multipurpose spaces.

Gastro bars like CoLAB and Void House of Food are tapping into a growing interest in international cuisine by hosting regular guest chefs who serve anything from ramen to Trinidadian street food. Other popular spots include WineHouse and South Ferro, respectively serving excellent yet affordable wines by the glass and gourmet pizza by the slice.

In the space between two of Seattle’s most popular neighbourhoods, a new community has slowly been taking shape. Embraced by Seattle restaurateur Ethan Stowell, owner of Frelard Pizza Company, the name Frelard reflects those of its neighbours: Fre(mont) and (Bal)lard.

Visitors wandering from the Fremont Troll to the Chittenden Locks can now stop to sample one of the area’s growing restaurant, bar and brewery options. The Leary Traveler welcomes travellers for a craft cocktail and sliders, or you can relax over a traditional brown ale or IPA from one of the oldest breweries in Seattle, Hale’s Ales. There are plenty of options for food too, from the aforementioned Frelard Pizza Company to the protein-rich menu at Giddy Up Burgers. It’s the perfect place to refuel on a day spent exploring beyond Seattle’s main tourist sights.

Valerie Stimac is a Seattle-based travel writer and editor. Follow her tweets @Valerie_Valise

Is Tooting London's next big thing? © Will Jones / Lonely Planet

Tooting in South London has developed into an uber-cool neighbourhood in recent years and lost none of its gritty charm in the process. Rubbing shoulders with perfectly pleasant yet slightly square Wimbledon, Earlsfield and Balham, Tooting is a more captivating affair, revelling in multiculturalism and originality. Its high street, which stretches between two Tube stations, is one of the best ‘curry corridors’ in the country, and contains some superb South Asian restaurants, like Dosa n Chutny and Apollo Banana Leaf.

The best shopping can be found inside eclectic Tooting Market, and quirky bars and pubs include The Castle, The Antelope and The Little Bar. The Tooting Commons create over 200 acres of green space between them, and are home to Tooting Bec Lido – the largest swimming pool in the United Kingdom.

Will Jones is a London-based writer. Follow his tweets @willjackjones

Read more on city tripping: The urban evolution: how city travel is changing. 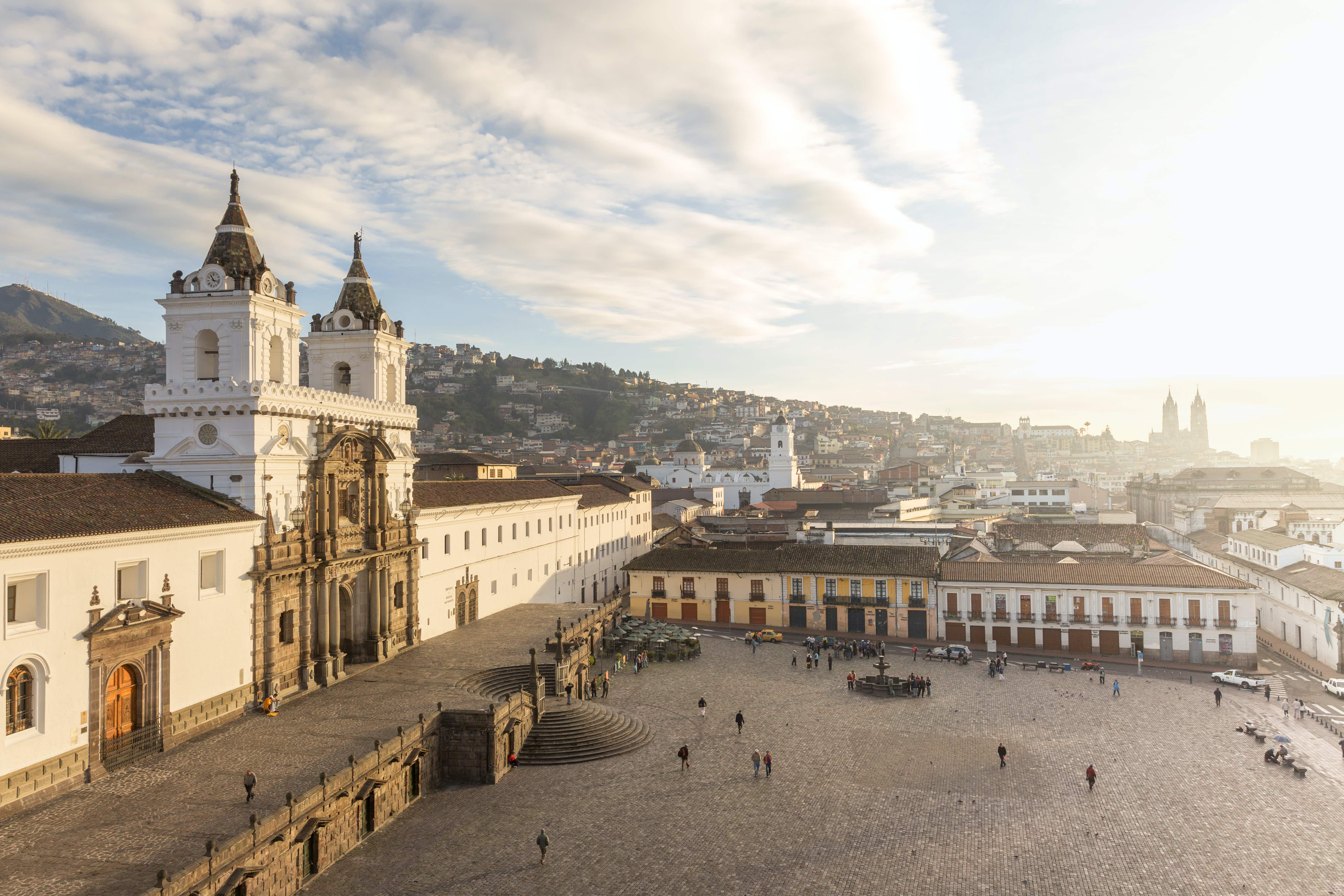 History unfolds in the Andes: escape to Ecuador 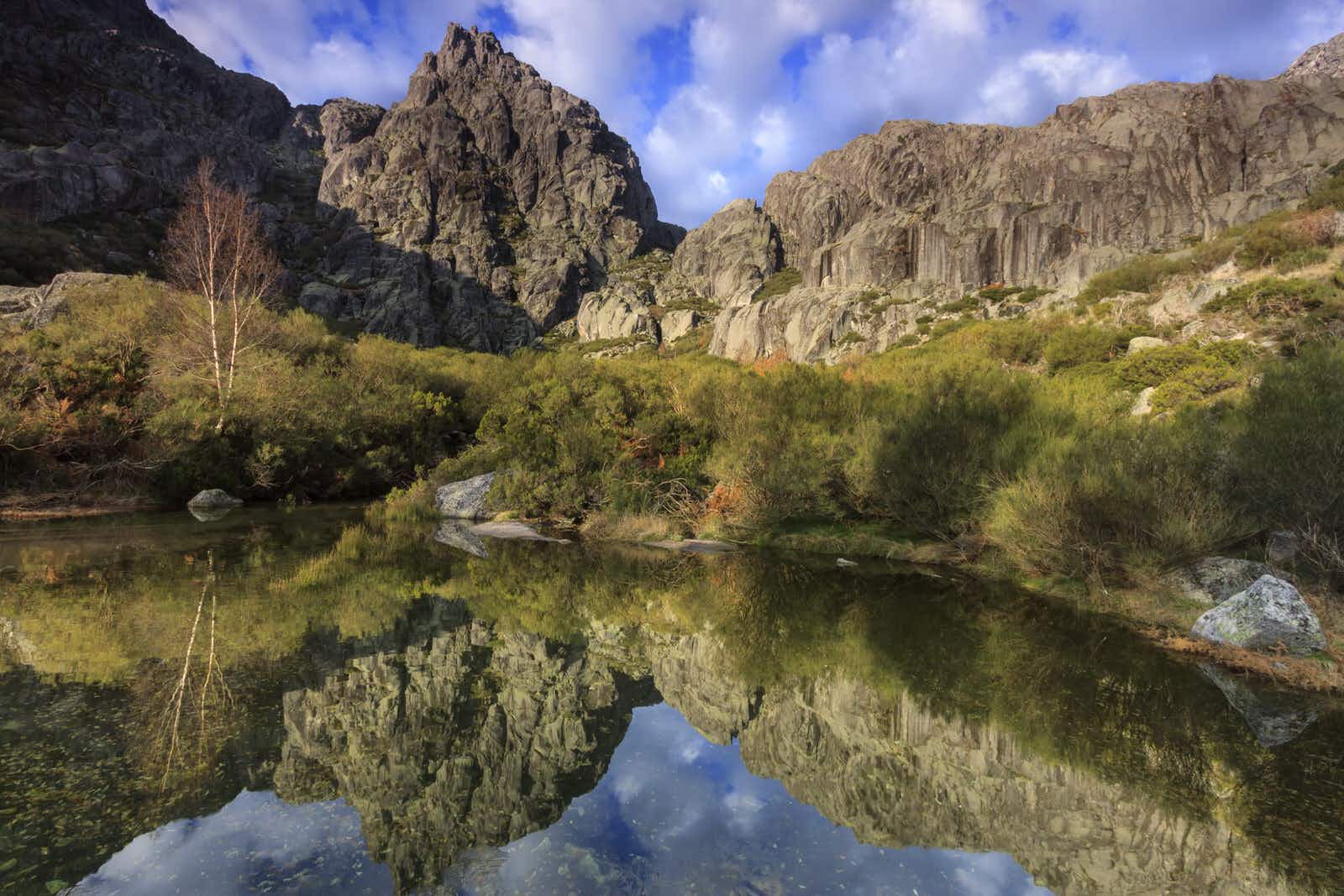