The world's most touristy city has been revealed

The rise of the city break has grown faster than total international travel demand for the past decade. Cities now represent 45% of global travel, with over half a billion trips taken to cities annually, according to a recent report from the World Tourism and Travel Council (WTTC). Cancún is the city with the highest reliance on tourism. The sector directly generates almost half of all GDP for the Mexican city, making it the world's most touristy city according to the report.

Since the rise of mass tourism in the 1960s, city breaks have become one of the fastest growing segments of the tourism and travel industry. As the trend continues to grow, cities around the world are struggling with the question of how to grow tourism sustainably. It's especially challenging for those who depend heavily on tourist cash to feed their economies. European hotspots like Venice and Dubrovnik (where visitor numbers soared after the Croatian city was featured on Game of Thrones), have struggled recently to cope with visitor numbers as the rapid growth of tourism takes its toll on everyday life and infrastructure.

Venice, the Queen of the Adriatic, is a truly unique city where streets are made of waters and cars are replaced by boats. Venice’s strangeness continues to charm gap year travellers, who have mentioned the city in their Instagram posts 116 times. Photo by Jacqueline Chin/Lonely Planet

It's no surprise to see that they're among the top 10 cities most reliant on the tourism sector. In the WTT's annual analysis of the global economic impact of travel and tourism, it found that 17.4% of Dubrovnik's GDP comes from tourism, while for Venice, the figure is 11.4%. Cancún took the top spot with 49.6% of its GDP coming directly from the sector.

Once a sleepy fishing village, Cancún was transformed into a purpose-built tourist destination in 1972. The city relies primarily on the international market as over half of all tourism spending comes from foreign visitors. The US makes up the bulk of foreign visitors to Cancún at 63%, although Canadian visitors now comprise a larger share of inbound travel than in previous years. Travel to the city by visitors from South American countries is also increasing, notably from Argentina.

“Although [Cancún] also has a significant amount of activity in business services, the bulk of it is directly supporting Travel & Tourism,” said the report. “The city’s high reliance on the sector exposes it to shifts in demand from its main source markets, the USA and Canada.”

Cancún is ahead of Marrakesh, which was ranked second in the report with tourism contributing to 30.2% of the Moroccan city's GDP. The WTTC report found that Marrakesh is excessively dependent on French visitors (around one in three foreign visitors were from France in 2016). Macau, China came in third with tourism making up 29.3% of its GDP, it was followed by Orlando, Florida (18.7%) and Antalya, Turkey (17.6%).

Las Vegas, Dubai and Bangkok made up the top 10 of the 72 destinations that featured in the report. You can view the full details here.

Why Azerbaijan is asking tourists to “take another look” 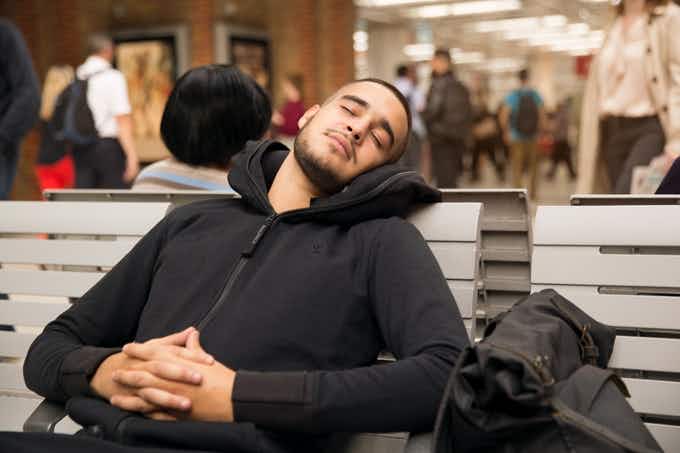 This travel onesie will upgrade your journey with 15 comfort-boosting…