Musical metropolises: where to plug into the sound of a city

Whether it’s bouncing with the crowds at a Nairobi boomba gig or foot-tapping along to the fiddle-slicing symphonies of Dublin's trad scene, attending a live music event in a new city helps deepen our connection to a place, its heritage and its people – as well as providing a winning formula for a memorable night out.

But finding an authentic spot to experience local music can be a challenge for visitors. Here, our attuned Lonely Planet Locals share some of the best places to sample the sounds of their cities, as well as some insights into the breaking music trends stirring up the local scene. So dust off those dancing shoes, you’re in for a wild night.

To really feel the rhythm, check out our 8 Cities, 8 Sounds Spotify playlist, an eclectic mix of tracks curated by our Locals that encapsulates the genres – and cities – mentioned below.

Get your hips moving in Havana

Cuba’s capital city has embraced the rhythms of the island’s vast cultural repertoire for the past five centuries. As a result, the sound of this charismatic city is an eclectic blend of African-rooted rumba and Spanish-influenced son cubano, with hip-moving Latin merengue to get the party started and a long list of boleros for the broken-hearted.

Havana’s musical pedigree can be experienced first-hand at El Guajirito or at the Café Taberna, two of the best venues for a good dose of what musicians of the legendary Buena Vista Social Club call ‘traditional genres’ (son, danzon and rumba), which are played daily. For a fresher iteration on this traditional sound, snag tickets to the annual Havana Jazz Festival, where lively fusion jam sessions showcase the flourishing relationship of younger musicians with Cuba’s homegrown genres.

Rock out in Adelaide

Adelaide, a Unesco City of Music, has produced a long line of classic Oz rock acts: AC/DC, Cold Chisel, The Angels, and more recently hip-hoppers The Hilltop Hoods and international pop star Sia. Jazz and World Music also pull the punters – most notably to the annual WOMADelaide festival – but Adelaide will always be a pub-rock kinda town.

What’s new? Bands in bars: Adelaide’s small-bar scene has exploded in recent years – the product of a savvy council initiative to relax liquor licensing laws and allow small-capacity venues to proliferate, many of which have regular live tunes.

Say 'Ole!' in Seville, the city of flamenco

Seville is famous worldwide for its long-standing association with flamenco, an Andalusian music and dance form that spread in the corrales (communal courtyards) of the city's Triana neighbourhood, where Roma families lived together. Flamenco embodies the heat and passion of southern Spain: heart-wrenching cante (songs) soar from the depths of despair to pure joy, accompanied by intricate guitar-playing (toque) and mesmerising, skirt-swishing, foot-stomping dance (baile).

Visitors can get a taste of flamenco by watching a scheduled show, such as the long-running nightly performance at Casa de la Guitarra in Santa Cruz – expect at least one singer, dancer and guitarist. For a more authentic experience however, find a seat in a bar with a pedigree for spontaneous dance sessions, such as Casa Anselma, hidden behind an unmarked door in Triana. For a real spectacle, head to the Bienal de Flamenco festival, which hosts the world’s finest flamenco performers.

What’s new? Informal micro-concerts on private rooftop terraces around the city are organised through Redetejas – genres include rock, pop and jazz, as well as flamenco.

Seville local Fiona Flores Watson is a writer, guide and translator who has lived in Seville for 15 years. Follow her on Instagram @seville_writer.

Succumb to the boomba beats of Nairobi nights

The swinging sixties brought a sway of musical influences to Nairobi, from Motown to funk and soul; the city played host to some of the continent’s heavyweights such as Miriam Makeba and international acts including Harry Belafonte. Visitors to the city can learn more about Kenya’s rich musical heritage at Ketebul Music, a treasure trove of archival material.

Today, the city’s sounds have become a unique blend of roots, hip-hop, reggae and jazz. Boomba music is a modern mix of some of these genres and traditional African styles, with lyrics in Swahili or Sheng (an urban slang). The infectious beat has found its way into Nairobi’s most popular tunes and live music venues, including evening shows at J's Fresh Bar & Kitchen, which sees a melting pot of performers from across Kenya take the stage, while much-loved music festival Blankets and Wine welcomes artists from all over East Africa.

What's new? Nairobi is witnessing a vinyl revival. Head to Jimmy’s shop at Kenyatta Market or The World’s Loudest Library concession at The Alchemist, which boast some of the best vinyl collections in Kenya.

Nairobi local Clementine Logan moved to Kenya for a job in journalism over five years ago and hasn’t looked back. Follow her on Twitter at @ClemLogan.

Be invigorated by new wave Irish trad in Dublin

Forget the museums and retracing history; Dublin is about the fleeting thrill of live performance. The gig selection is as eclectic as anywhere in the world but it is the unique tones of traditional Irish music that draws most visitors.

The trad scene, as it’s known, is more vibrant now than it has been in 50 years, with a wealth of young musicians experimenting and invigorating this uniquely Irish sound: a toe-tapping fusion of fiddles, pipes and acoustic guitars. You’ll find some of the best regular sessions in a triumvirate of northside pubs: the Cobblestone in Smithfield; Walshe’s in Stoneybatter; and McNeills on Capel Street. Go and drink up the atmosphere (quite literally) of this social experience.

What's new? After years of hard graft, Irish hip-hop is finally going mainstream in the most thrilling way. Combining heavy beats, local accents, political issues and a very Irish linguistic mastery, these artists are carving out a new musical identity for the city.

Tokyo may not have the mainstream music legacy of Manchester or Memphis but it might just be the best city for those with a real appreciation for sound. Tokyoites take their music listening seriously, epitomised by the legendary acoustics of the outstanding Tokyo Opera City Concert Hall, which hosts the Tokyo Philharmonic Orchestra, bugaku groups (traditional Japanese bands) and free weekly organ performances.

But a sense of the the city's more intimate love of music shines through in the eccentric, owner-run meikyoku kissas (classical music cafes) and jazz kissas (jazz cafes), such as Samurai, where state-of-the-art speakers play vintage LPs for a clientele that cram into the tiny rooms, listening in hushed reverence – a uniquely Japanese take on a traditional gig.

What's new? A growing trend in the Tokyo music scene is closet-sized DJ bars – that skimp on space but not sound – like Oath, where the parties go on past dawn.

Tokyo local Rebecca Milner has been living in and writing about the Japanese capital for 16 years. Follow her on instagram @rebeccamilner.

Follow in the footsteps of the Rolling Stones, Jimmy Page and Robert Plant and space out to the ambient sounds of Marrakesh’s lively Medina. It’s hard to miss the large circles of people gathered around energetic Gnaoua musicians performing ancient spiritual songs in Djemaa El Fna, the red city’s main square, but for more traditional (and intimate) performances in a venue setting, head to Cafe Clock, where the dynamic Houariyat, an all-female singing and drumming group, get the whole cafe jiving to tribal rhythms every Saturday.

On the other side of the musical scale, bizarre cabaret nights are the latest trend at Comptoir, while swinging blues bands play late into the night at Le Blokk in the Palmeraie. Extravagant club nights that mix up acrobats, jugglers and dancers with DJs and live music are found at Theatro, but be prepared to shell out for the experience.

What’s new? Marrakesh’s emerging electronic festival scene shouldn’t be missed. Book tickets to dance amid the gardens of the desert to Ibiza heavyweights at Oasis Festival and Atlas Electronic.

Be roused by hip-hop in its hometown, New York City

New York City is where it all began for hip-hop – specifically at a birthday party in 1973 in the West Bronx, where Clive Campbell – aka DJ Kool Herc – entertained revellers with this then-unknown music genre.

In the 45 years since, the city has produced some of hip-hop’s finest talents, including Wu-Tang Clan, A Tribe Called Quest and The Notorious B.I.G, who has a colourful mural dedicated to him in the Brooklyn neighbourhood of Clinton Hill where the artist grew up. To see the beat-driven genre live, travellers should grab tickets to End of the Weak, the longest-running weekly hip-hop open mic that happens every Sunday at the Bowery Electric – don’t be surprised if you spot the odd hip-hop legend turning up unannounced. The open mic at Nuyorican Poets Cafe on the Lower East Side is also a solid bet, as is SOBs in Tribeca.

What’s new? For the real underground stuff, go deep into Bed-Stuy or Bushwick in Brooklyn to places like Secret Project Robo and Trans Pecos (on the Brooklyn/Queens border).

New York local Mikki Brammer is a writer, editor and photographer with a penchant for wandering the globe. Follow her on Instagram @mikkibrammer. 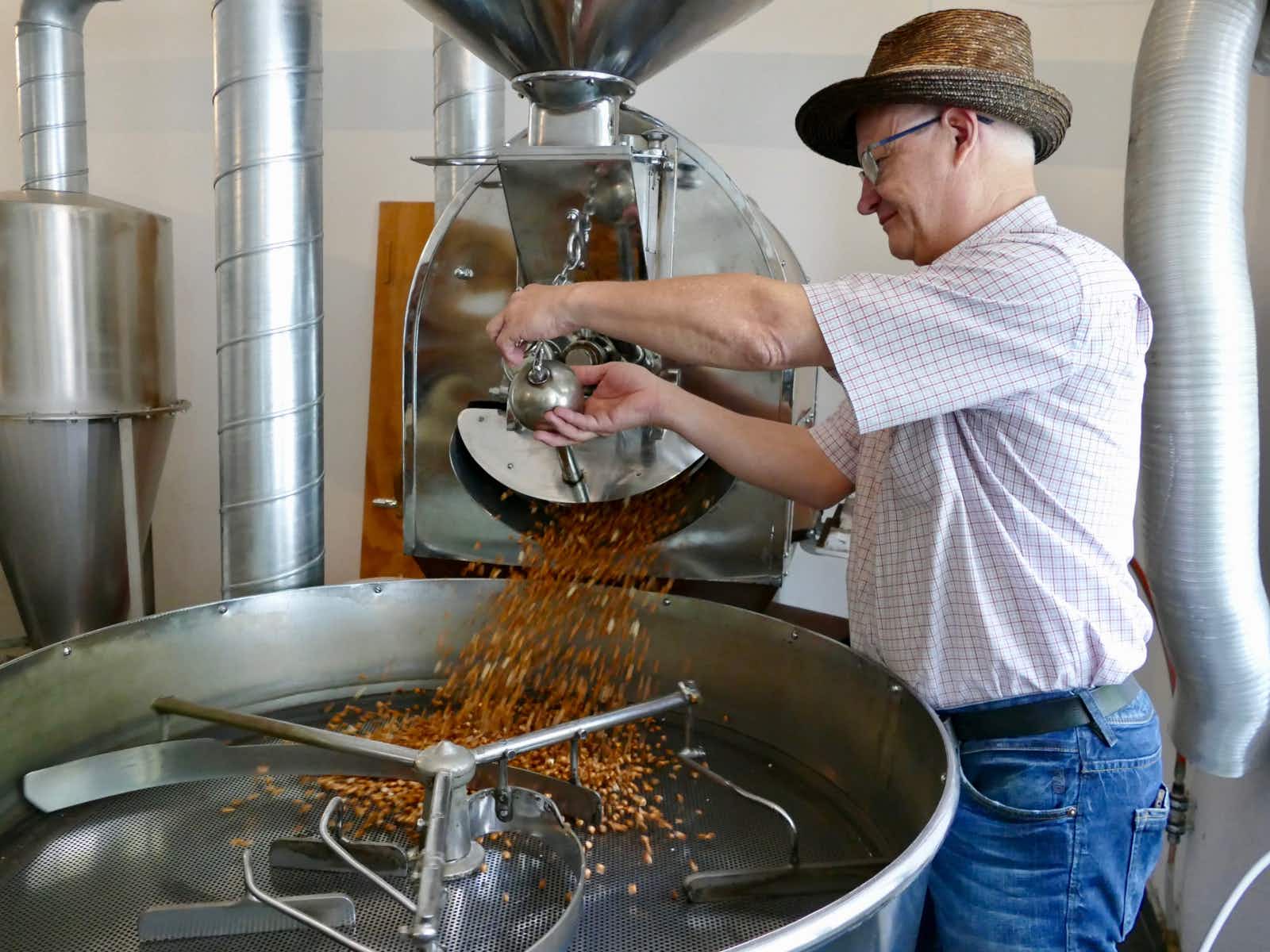 Slow food in Ticino: where to eat and what to… 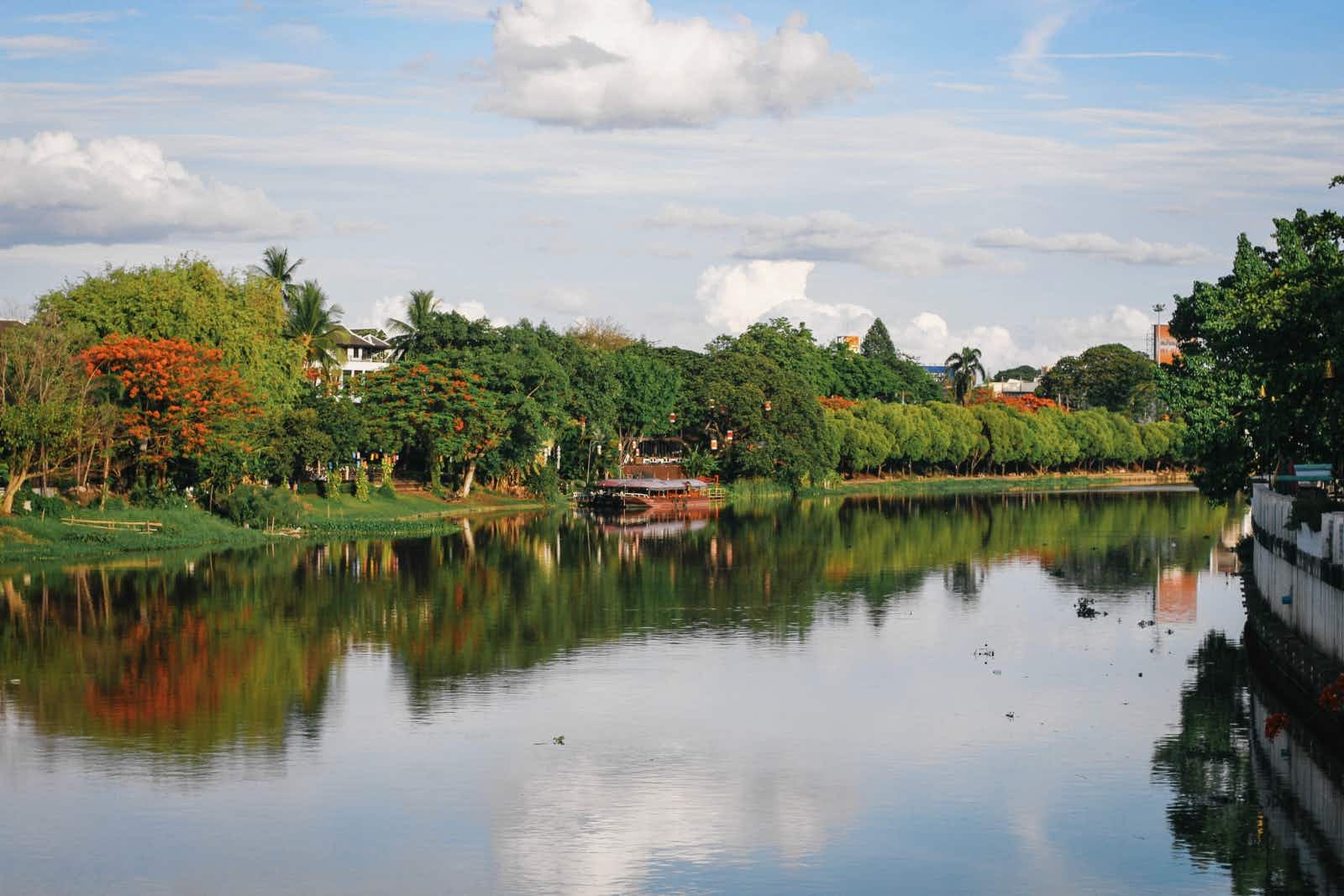 What to do in Chiang Mai’s riverside Wat Ket district…