Top 20 free things to do in London

No city in the world has more or better free things to do than London. In addition to world-class museums – almost all of which have free admission – the city is home to beautiful parks, buzzing markets, stunning churches and phenomenal viewpoints. Here are just 20 of the hundreds of free attractions in Britain’s capital.

Housing masterpieces by painters including van Gogh, Renoir, da Vinci and Michelangelo, the National Gallery is home to one of the world’s most impressive art collections, and sees over six million visitors every year. Avoid the hordes by visiting on weekday mornings or Friday evenings. Whatever time you go, the permanent collections are always free.

The British Museum is one of London's top attractions, and absolutely free. It is bursting at the seams with enthralling artefacts from all over the world, from Egyptian mummies to samurai armour and Anglo-Saxon burial treasures to the Rosetta Stone. Remarkably, the 80,000 objects on display at any one time only make up 1% of the eight million objects in the museum’s possession.

Home to the world’s most famous clock, Big Ben (officially the Queen Elizabeth Tower, but no one calls it that), the Houses of Parliament is a neo-Gothic wonder built in the mid-19th century. It is made up of two houses – the Commons and the Lords – and if you reserve ahead (or just try your luck on the day) you can go inside to watch British democracy in action.

Located in what was once Bankside Power Station on the south bank of the Thames, Tate Modern is one of the city's most loved attractions. You can enjoy the permanent collection, which includes works by Pollock, Warhol, Matisse and Picasso, for free. The upstairs cafe has wonderful Thames views, and the building itself is amazing.

Head to the top of the hill in the centre of Greenwich Park and you’ll be treated to a spectacular free view of the city: the skyscrapers of Canary Wharf loom up behind the 17th-century Queen’s House, and beyond, the Thames snakes its way into the heart of London. It’s a perfect spot for a picnic in the capital on a summer’s day.

The ephemeral nature of street art makes it difficult to say with confidence where you might find specific displays at any one time. However, certain areas of East London, notably Shoreditch, are famous for having particularly impressive graffiti. The side streets around Brick Lane always yield some decent artwork, as do Middlesex and Sclater streets.

Having celebrated its 1000th birthday in 2014, it’s fair to say Borough Market is one of London’s more established haunts. Located under a maze of Victorian railway arches and open Monday to Saturday, Borough Market is stuffed with lovely food and food-lovers, featuring cuisine from all corners of the world. It offers everything you need for a memorable grab-and-go breakfast or lunch, but is also a good place for a simple wander (keeping an eye out for free samples).

Off the radar to most visitors, yet one of the city's great attractions, the Museum of London provides a walk through London's various incarnations – from the geological history of the Thames Valley to the Anglo-Saxon inhabitants to modern-day bankers.

The delightful Kensington Gardens are home to a trove of treasures, including the Albert Memorial, the Peter Pan Statue, the Serpentine Gallery, the Round Pond and the Diana Memorial Playground. All are free to admire or visit, and when you’re done with the sights, you can wander along the tree-lined paths which crisscross the whole park. East and north of here is a string of Royal Parks, all free to enter: Regent's Park, Hyde Park, Green Park and St James's Park.

10. The Changing of the Guard

One of the best ceremonies in the city, the Changing of the Guard takes place every Monday, Wednesday, Friday and Sunday at 11am outside Buckingham Palace. Dressed in bearskin hats and red tunics, the Queen’s Guard stomp around in time to music in a display of awesome pageantry, as they switch responsibilities with one another.

Before Google or Wikipedia, the British came to the National Portrait Gallery to put a face to the names of famous historical figures from the country's history. As such, the paintings are prized more for their subjects rather than their artists. Highlights include portraits of Shakespeare and Queen Elizabeth II, the latter courtesy of pop art sensation Andy Warhol.

Those Victorians sure liked to collect and catalogue. This is one of the most compelling results: the Natural History Museum owns an outrageously large collection (around 80 million items) of all things nature in a lovely Gothic Revival building, which opened in the late 19th century. The main hall is dominated by an enormous blue whale skeleton; the wildlife garden is worth a visit too.

Arguably the world's best decorative arts museum, the V&A, as it's generally known, has been open since 1852 and contains an incredible 4.5 million items. The first floor focuses on Asian (Japanese swords, ancient Chinese ceramics) and some European art, including plaster casts made from Michelangelo's David (note the fig leaf created in the 19th century to protect the sensibilities of Victorian visitors). The Ardabil Carpet in the Middle East-focused Jameel Gallery is the world's oldest, dating from Iran in the 1500s.

Offering perhaps the best free vantage point in Central London, the indoor viewing decks and restaurants occupying the top three floors of 20 Fenchurch Street (known to locals as the ‘walkie talkie’) are a great place to hang out without spending a penny. It is open daily, just book your (free) visit in advance.

Not to be confused with St Paul's Cathedral (a big attraction that comes with a ticket price), this church on the western flank of Covent Garden Piazza is also known as the Actor’s Church. The first Punch and Judy show took place here in 1662, and there are memorials to Charlie Chaplin and Vivien Leigh. It's open weekdays.

Located in the heart of charming Notting Hill, atmospheric and energetic Portobello Road Market sells everything from vintage clothes and sumptuous street food to antiques. It’s busiest on Saturdays, but there’s always something going on (except Sundays, when only shops rather than stalls are open).

The highly informative and entertaining Science Museum fills five floors with interactive exhibits. The Energy Hall highlights the first steam locomotives, which date from the early 19th century, while the third-floor exhibits, which include old gliders, hot-air balloons and flight simulators, are popular with kids.

Housed within the actual home of the prolific Regency architect Sir John Soane, this museum is full of the man’s personal effects and curiosities, creating one of London's most atmospheric and fascinating sights. The house is largely as Soane left it upon his death in 1837, with Christopher Wren drawings and a lantern room.

This enormous, ancient parkland is one of the best places to escape the city while at the same time catching an amazing view of it: the vista from Parliament Hill, which forms the southeast part of Hampstead Heath, is so impressive it’s actually protected by law. Elsewhere in the park you’ll find a zoo, three swimming ponds (nominal charge, which is often ignored) and plenty of quiet spots for a back-to-nature-in-the-heart-of-London picnic.

One of London's best small galleries, hidden away just north of Oxford Street, the Wallace Collection is an enthralling glimpse into 18th-century aristocratic life, set up in a lavishly restored Italianate mansion stuffed with 17th and 18th century art.

This article was last updated in February 2020. 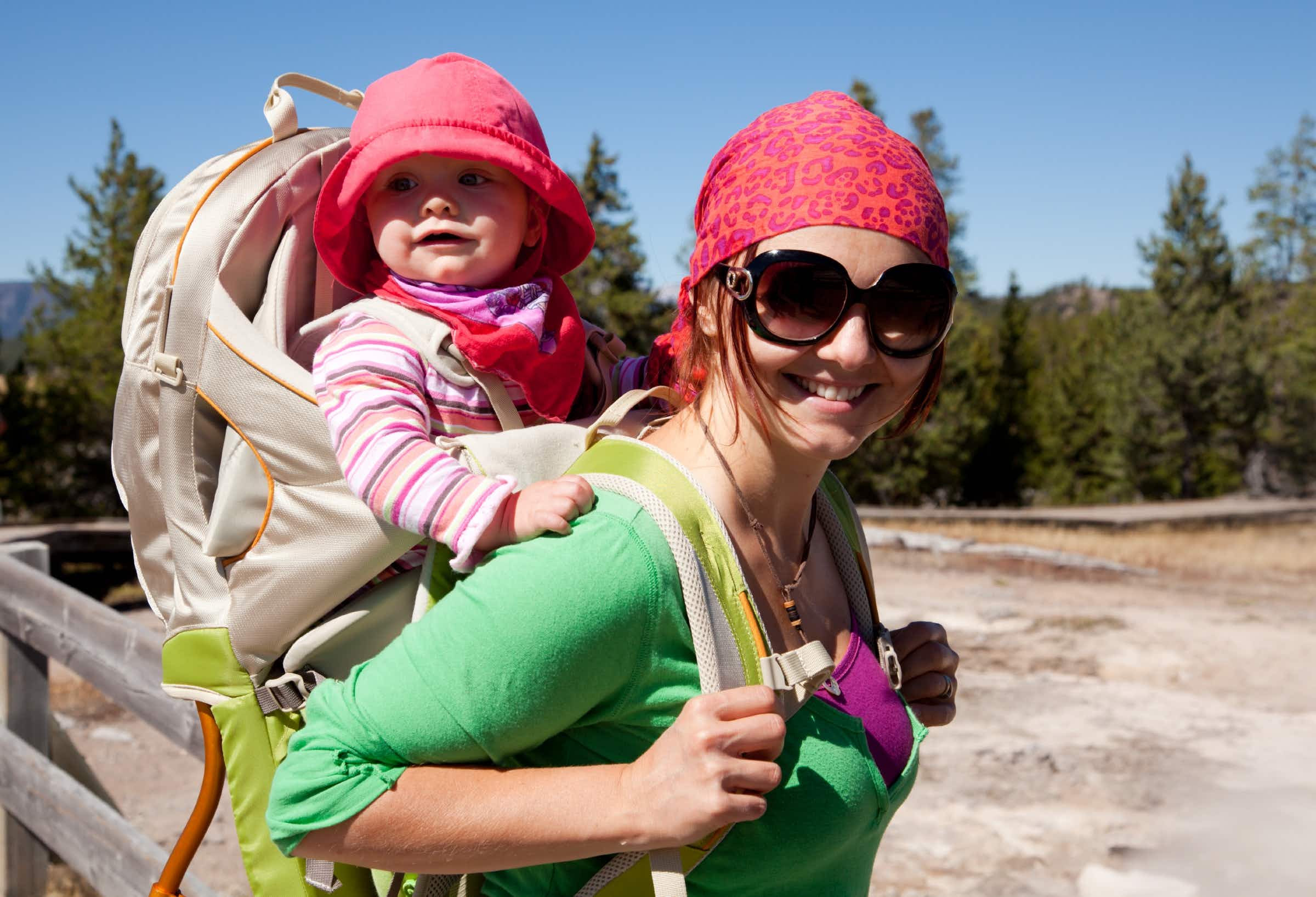 QUIZ: What type of family holiday should you take next?… 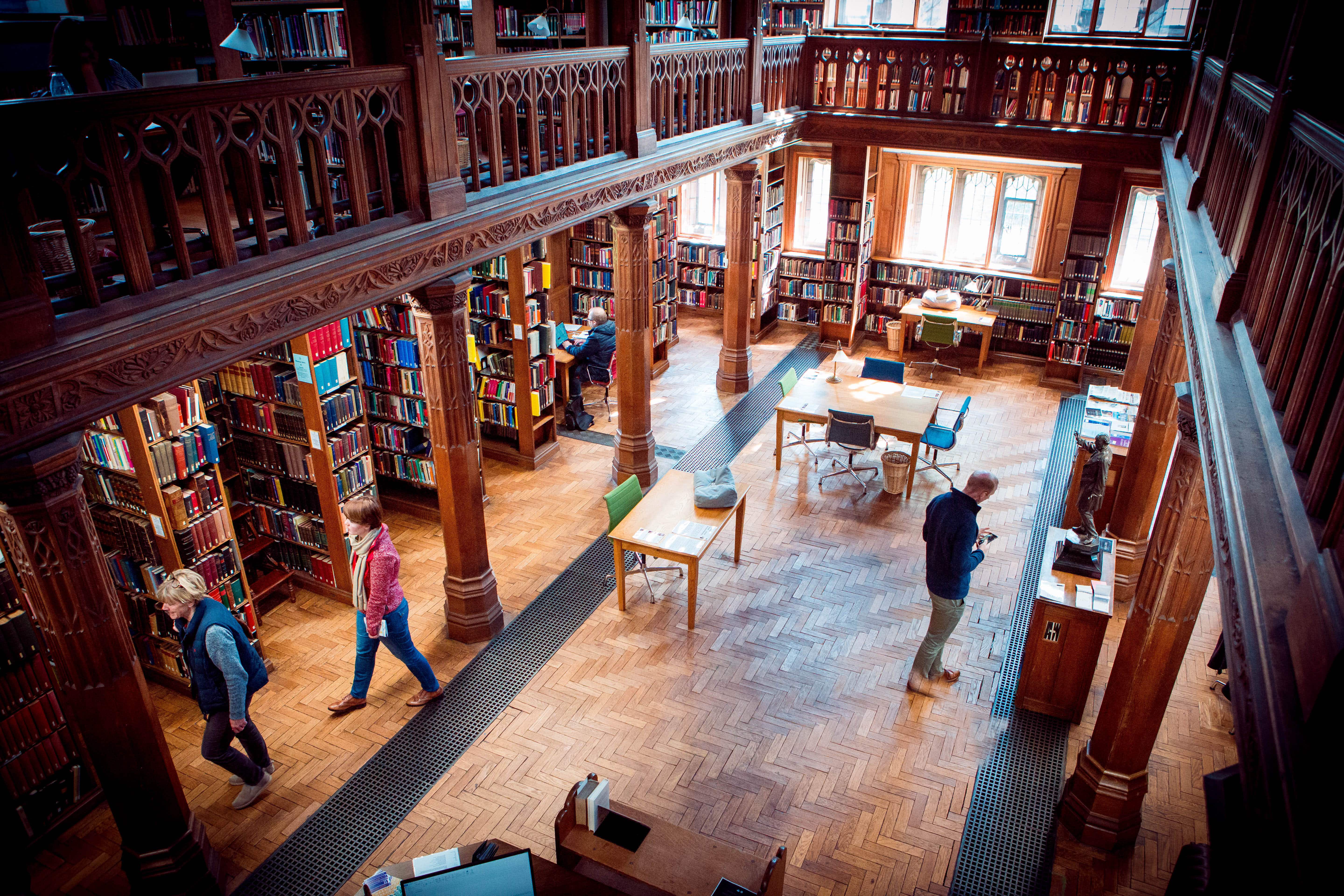 Literary hotels around the world for the perfect bookish holiday…