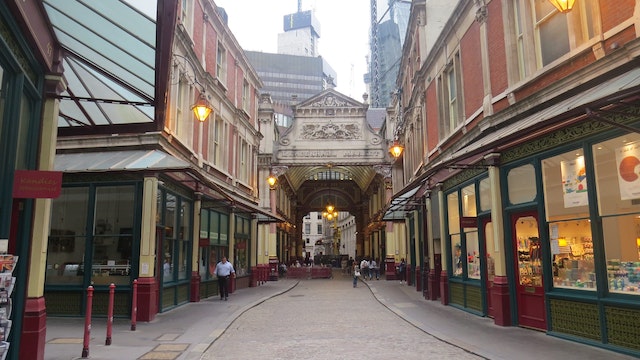 The ancient Romans had their forum on this site, but this covered shopping arcade harks back to the Victorian era, with cobblestones underfoot and 19th-century ironwork linking its shops, restaurants and pubs. The market appears as Diagon Alley in Harry Potter and the Philosopher’s Stone, and the optician's shop with a blue door on Bull's Head Passage was used as the entrance to the Leaky Cauldron in Harry Potter and the Goblet of Fire.