In the beginning: Ethiopia

Ethiopia is home to one of the world’s oldest strands of Christianity – a tradition that traces its origins to the time of the Old Testament. Explore the country’s epic landscapes with Lonely Planet Traveller to hear stories of fearless prophets, attempt death defying climbs to mountaintop churches and come closer to the Ark of the Covenant than Indiana Jones ever managed.

Sunset over the hills near Lalibela. Image by Philip Lee Harvey / Lonely Planet

The story of Father Yemata and his church in the sky

One day in the 5th century AD, Father Yemata decided to take a walk south from his home in Egypt. The Red Sea wind on his back, he walked until the sands of the Sahara turned to the rich greens of Africa. Here, among Ethiopia’s northern mountains, he founded one of Christendom’s first churches, quarrying it out of the rock.
The church was known as Abuna Yemata Guh – ‘Guh’ meaning dawn, for locals say it dates back to the morning of all time. Stepping inside today, the church appears much as it ever has, painted apostles watching each other through mists of incense, puddles of melted candle wax on the floor and the wind sighing beneath the little timber door. It is a place of the utmost sanctity and tranquillity. That is, but for one small consideration – taking just three paces outside that same timber door means certain death.
Abuna Yemata Guh is a church like no other: perched at the top of a vertical spire of rock, with sheer, 200-metre drops on all sides. Father Yemata, it seems, liked a dose of extreme sports with his divinity. Getting to the church means toehold climbs (minus ropes), shimmying along narrow ledges, all the while trying not to look down at drops prone to induce squeaked requests to go home.

I begin the walk up to Yemata Guh, and views of vast, Old Testament landscapes unfurl to the horizon. Cloud shadows shift across the farmland, and shepherds guide flocks over the stony soil. At night they sleep in caves blackened by centuries of campfires.
Admiring the view is, of course, a welcome distraction from the final and hardest part of the ascent, heaving yourself up a sheer, six-metre-high wall of rock, like Spiderman’s less competent cousin. The adrenaline rush of the climb makes stepping inside the church all the more sublime, your pulse slowing and eyes adjusting to the darkness, watching angels and archangels emerging from the shadows. Quite why Yemata built his church here is unclear. Some say it was to avoid raiders; other simply so he could pray alone up in the clouds. Remarkably, corpses have been carried here to be buried on the mountain; babies hauled up here to be baptised.
According to the priest, Kes Haile Silassie, in the 15 centuries since Father Yemata climbed here, ‘no-one has ever fallen off’.

Debre Damo and the helpful snake

The midday sun beats mercilessly on the mountaintop monastery of Debre Damo, and Abba Tekle Haimanot sits in the shade of an olive tree, whistling prayers through the gaps in his teeth, pausing to shoo away a pair of fighting tomcats. Down below the world goes about its business – farmers tilling fields, people walking home from market.
He nods to the cliff edge. ‘I have not been down the mountain for two years,’ he says proudly. ‘But this is not unusual. Some monks here have not left for 30 or 40 years. There is no reason to leave. Up here we are closer to heaven.’
For most of his 70 years, Abba Tekle has been a monk at Debre Damo: a three-hour drive north from Abuna Yemata Guh. He tells the story of how the monastery was founded: the Archangel Michael ordered a passing holy man to build a church on top of the mountain. When the man found no way up, a huge snake uncoiled itself and availed its services as a makeshift rope. Ever since, a small, selfsufficient community of monks has lived at the summit, praying through the night in a 10th-century church. It is one of the oldest in Africa, and is adorned with depictions of the helpful snake.
The snake has since slithered off, but its symbolic replacement might explain why few are in a hurry to descend. Getting here means scrambling up a sheer 15-metre-high cliff, clinging to a straggly leather cord as monks shout down enthusiastic, contradictory advice on where to put your feet.
‘I was 17 when I first climbed to Debre Damo,’ grins Abba Tekle. ‘I was with my father. I was terrified, but I put my faith in God. After that, I climbed like a monkey.’

The Ark of the Covenant and the leaky roof

Kelemework Gebrehiwot dusts his hands, puts down his trowel and inspects his grouting with undisguised pride. He stands in a room that could be a provincial branch of B&Q – full of power tools, half-empty pots of paint and a whiff of industrial-strength bleach. Despite appearances, this is deeply sacred ground.
‘When I work here I feel I am standing at the foot of a great ladder,’ he says, a broad smile spreading across his face. ‘And this ladder reaches all the way to heaven.’
Kelemework is one of many clergymen in Aksum building a new chapel that will soon store Ethiopia’s holiest relic – the Ark of the Covenant. It is believed to be the chest containing the stone tablets inscribed with the Ten Commandments, given to Moses by God on Mount Sinai, a thousand miles north of here. According to the Bible, and first described in the Book of Exodus, the Ark is capable of parting rivers and destroying armies; the sight of it can blind you and its slightest touch can smite you cold dead. It is not, however, immune to structural seepage. Two Christmases ago, a leak sprung in the roof of the chapel currently housing the Ark – necessitating the construction of this second, emergency chapel next door.
It will not be the first time the Ark has been moved. Ethiopian Christians believe the relic was first carried to their country from the Temple of Jerusalem 3,000 years ago by King Menelik I – first of the Ethiopian kings, and the son of Solomon and the Queen of Sheba. The Ark ended up in Aksum – the ancient capital of northern Ethiopia. It is interred here today among the remnants of a pagan empire: strange obelisks that cast long shadows over the churches at sunset, and ruined palaces crumbling in the scrubby hills nearby.
The relic still exerts a strange tractor beam on Ethiopian Christians. In the sunshine outside, white-robed pilgrims mutter prayers to the Ark under flowering jacaranda trees; others kiss rusting railings, content to come as close to it as they are permitted. No-one is allowed to see it – save for one virgin guardian appointed for life. He has vowed never to leave the chapel grounds, and he is not a man disposed to idle conversation. For these reasons, no historian can say for sure what is kept in the vaults at Aksum. ‘I know it is the true Ark,’ smiles Kelemework, preparing to resume his grouting. ‘I can sense it when I stand here. It is in the atmosphere.’

Keshi Teklai Abreha, the priest at the church of Abreha we Atsbeha. Image by Philip Lee Harvey / Lonely Planet

King Lalibela and his African Jerusalem

It is just before dawn on a Sunday morning, and the thoroughfares of Lalibela are shrouded in inky blackness. Gradually, the night air begins to stir with noises – cock-a-doodle-doos from faraway farms and the soft music of a church service, the hallelujahs and tinkling bells seeming to emanate from the Earth itself. The sun climbs into the sky and, one by one, white-robed pilgrims emerge from gloomy tunnel mouths – retracing in daylight footsteps they took hours before in darkness.
It could be a set from a sword and sandals epic. Charlton Heston could start bellowing from a cliff top and lightning might fork from the heavens. It is, however, an everyday scene here at Lalibela, the holy city at the heart of Ethiopia.
Lalibela is not only Ethiopia’s most sacred ground, it is arguably Africa’s greatest archaeological site, an ancient city comparable in scale to Machu Picchu, Angkor Wat or Pompeii. But here the similarities end. Where the rest of humanity venerated their Gods with ever taller buildings – by stacking brick on top of brick – the masons of Lalibela did the precise opposite. Folklore tells that God visited the 12th-century Ethiopian King Lalibela in a dream and commanded he build a replica of Jerusalem here in Africa (to spare his subjects the difficult pilgrimage to the real thing). Instead of reaching for the skies, King Lalibela struck down into the Earth: 11 churches have been smashed, hollowed and chiselled into existence out of the volcanic bedrock. It was a method that meant no mortar was used and no mistakes could ever be undone.

Entering the sunken city, the magnitude of the accomplishment becomes clear. Connecting all the churches is a subterranean labyrinth: pathways and steps smoothed and bowed by years of footfalls. Treading barefoot through this maze come traffic jams of people. Among them is Awetu Getawey, a pilgrim who has travelled four days with her auntie to visit Lalibela, sleeping in roadside churches and waking at 4am each morning to start walking.
‘The journey was tiring,’ she says, clutching the crucifix around her neck, ‘but when I entered Lalibela all of the hardship of the walk was forgotten.’
I follow Awetu to Bet Maryam – probably the oldest and most exquisite of all of Lalibela’s churches. Standing in the nave, its architecture seems almost organic, as if its columns and arches climb and dip in tandem with the strata of the rock. Jerry cans full of holy water are stacked in the aisles, and ancient frescoes are half concealed in the shadowy heights of the church.
At the centre of Bet Maryam stands a huge pillar said to be inscribed with an account of when and how Lalibela came to be built, along with a prophecy for the end of all mankind. Rather irritatingly, all these secrets have been deemed so powerful that the column has been wrapped in cloth for five centuries.
It means that historians still disagree quite how ancient Lalibela really is – most date it to the late 12th century, but some others suggest work could have started here hundreds of years earlier. The unique way the churches have been built makes them quite difficult to date precisely. They are buildings defined by the absence rather than presence of stone, so no layers of sediment have built up.
But there is another way of looking at it: that the columns, cupolas and arches of Bet Maryam are really as old as any structure on Earth, for the rock they are formed from hasn’t moved an inch since the day it was created.

This is excerpt from 'In the beginning', a feature article that was written by Oliver Smith for Lonely Planet Traveller magazine. 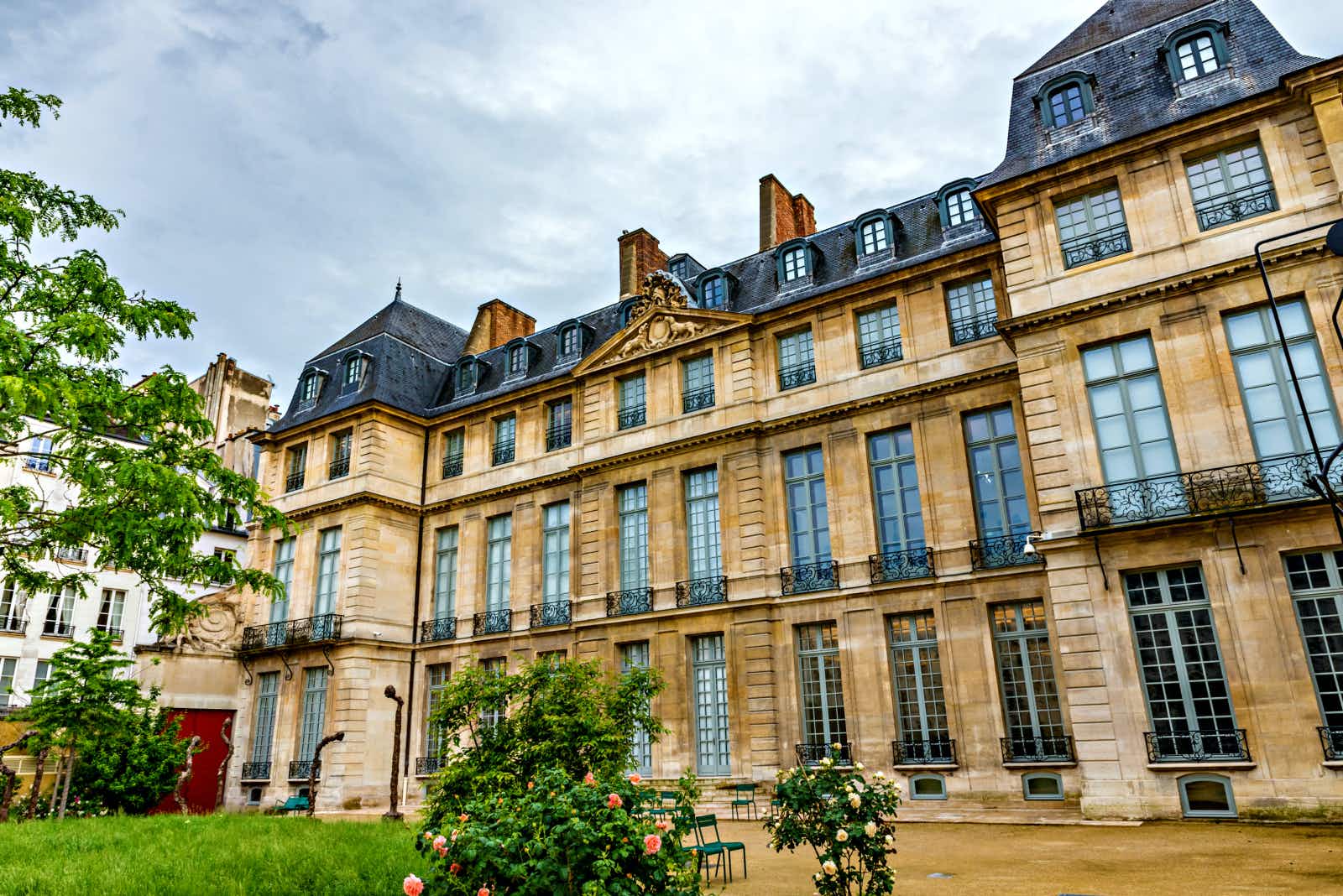 A perfect weekend in the Marais 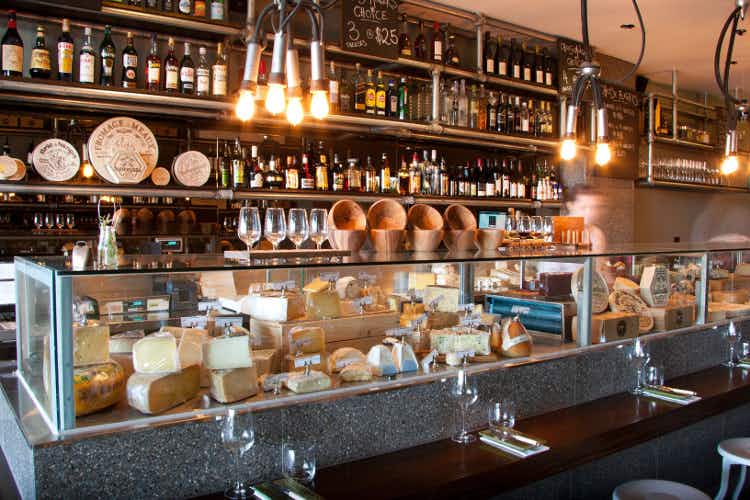