The world’s first airport cycle officer will soon be on his bike around Heathrow Airport  in London as part of its newer green policy.

Heathrow Airport is appointing the world's first Cycle Officer to push its green credentials ahead of the British government's decision on the third runway Image by Cristina Valencia / CC BY 2.0

The  one-year partnership deal between the airport and Britain’s cycling charity, Sustrans, will ensure that cycling facilities around the airports will be safer and more accessible than they are at present.

Heathrow's 16,500 staff who live within a 3-mile radius of the airport will be urged to take their bikes to work to reduce congestion and pollution Image by Steve Parsons/PA Wire

BDaily, the online publisher of UK business news, says that the officer, Ali Jafarey, will take up his position as the UK hub airport champions its green credentials ahead of a decision by the government on the third runway.

A major part of his responsibilities will be to see if he can persuade as many of the airports 16,500 staff living within three miles to agree to cycle to work.

This would reduce the emission and congestions from single occupancy car journeys.

Heathrow authorities hopes to work in close associations with Sustrans on a broader cycling strategy that fits the West London Cycling Strategy. This would have the aim of linking the airports cycling routes as far afield as Slough ,Feltham and Chiswick.

On the winder vision, Sustrans Programme Manager for Workplace Behaviour Change, James Scott, said Heathrow was well placed to bring about such changes for the improvement of cycling in the region.

The partnership would endeavour to make the bike the easier choice for staff to travel on to and from work, easing congestion and lowering emission in the process, he added. 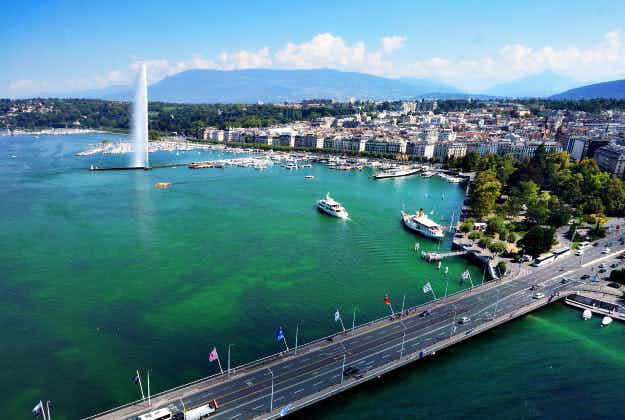 Lake Geneva gets a spring clean this weekend, 1500 volunteers…