How to get around in Japan (even if you don't speak Japanese): understanding bullet trains, buses, bikes and more

Spread across 7000 islands and dotted with megacities, mountain ranges, and mighty national parks, Japan can appear a little intimidating to explore at first glance. But look a little closer and you’ll find this Asian powerhouse is a delight to travel around, whether by train, ferry or using a hired set of wheels. Here’s our guide to getting around Japan.

The train is best for intercity travel

Trains are the most popular way for travelers to explore Japan, and arguably the best. They are fast, efficient, and extremely reliable, and though they are not the cheapest form of transport available, they can get you just about anywhere in the country with minimal stress.

The predominant operator is Japan Railways, commonly known as "JR", which is actually a number of distinct rail systems providing one linked service throughout the country. JR runs the famous shinkansen (bullet train) routes, which reach speeds of nearly 320km/h (200mph) as they whizz between Japan’s major cities. In addition to JR services, there is a huge network of private railways, with each large city usually having at least one private train line that services it and the surrounding area. There are a couple of sleeper train services still in operation.

Major stations are sign-posted in English, and stops on long-haul trains are announced in English. The most challenging aspect of riding trains in Japan is navigating the sometimes enormous stations with their multiple routes. Give yourself plenty of time!

How to buy train tickets in Japan

Tickets can be purchased from either touch-screen vending machines in major train stations (most have an English function and those for shinkansen journeys accept credit cards), from midori-no-madoguchi, which functions as JR’s in-house travel agency and can be found at major JR stations, or from travel agencies in Japan, which can also often be found within train stations. Japan Travel Bureau (JTB) has branches everywhere. Ticket prices are comparable with train fares in Western Europe, with faster services costing more than slow trains.

Seat reservations can only be made for shinkansen (bullet train) services and certain tokkyū (limited express) lines (in which case they are required). Reserved-seat tickets can be bought any time from a month in advance to the day of departure. Otherwise, tickets are unreserved, meaning no allocated seat; these tickets won’t sell out, but you might find yourself standing if all seats are occupied.

Many visitors to Japan take the option of buying rail passes, which can make train travel in the country cheaper if you are looking to undertake numerous rail trips during your visit. The Japan Rail Pass is a popular option, which offers unlimited rides on all JR services over seven, 14, or 21 days. The seven-day pass costs around ¥33,700 (approx US$300). There are also passes for specific regions of Japan (Tōhoku Area Pass, Tokyo Wide Pass, etc), for travelers focusing their itinerary on a specific area of the country. You can find out info about most passes from the relevant JR Railways website (JR Central, JR East, JR West), though there are passes outside the JR network too.

Japan has a comprehensive network of long-distance buses, connecting the islands of Honshū, Shikoku and Kyūshū. They're nowhere near as fast as the shinkansen, but they're significantly cheaper. Buses also travel routes that trains don't.

Japan Railways (JR) operates the largest network of highway buses in Japan; it tends to be a little pricier than other operators but is reliable and buses tend to depart and arrive at train stations rather than bus stops elsewhere in the city.

Cheaper operators with large networks include Willer Express. You can book seats on Willer and other reputable operators through the company's Japan Bus Lines service.

Most long-haul routes have a night bus option. Premium coaches have quite roomy seats that recline significantly; these can cost almost twice as much as ordinary coaches, but you're still saving on accommodation. They tend to arrive very early, around 6am or 7am. All buses have toilets on board.

Hiring a car or motorcycle gives the most flexibility

For travel to rural areas, a car is the best way to get around, especially for two or more people. Areas that are great for exploration by car include Hokkaidō; Tōhoku; Hida, Shirakawa-gō, the Japan Alps and the Noto Peninsula (Central Honshū); the San-in Coast (Western Honshū); Shikoku; Kyūshū; and Okinawa.

Navigation systems have made driving in Japan much easier than it used to be. In remote mountain areas, however, these are not foolproof; be sure to give yourself plenty of time to find your destination.

When hiring vehicles, prices are largely comparable among all agencies, usually starting from around ¥7000 per day (US$60) for a compact car, with reductions for rentals of more than one day. Nippon and Toyota both have large rental networks around Japan, and offer vehicles with English-language navigation systems. Bookings can be completed online in English.

Hiring a motorcycle for long-distance touring is not as easy as hiring a car. Rental 819 is one of the few agencies that makes it possible to book in English. Scooter rentals, however, are common on smaller islands; you'll still need an international license (though not a motorcycle license) to rent one of these. Helmets are compulsory for motorcyclists in Japan.

What to expect on the road

Japanese roads are generally in excellent condition. You're far more likely to encounter roadworks in progress than a road in need of repair. Bear in mind that mountain roads tend to be narrow, as are many in the cities (where you'll also have to contend with one-way streets).

Winter driving in Japan can be treacherous if you don't have experience with snow and ice. Snow is possible in higher elevations as early as November (October in Hokkaidō) and may keep mountain passes closed as late as April, and while roads are signposted in English, weather warnings and road closures typically aren't. If you're driving through the mountains in winter, have someone (perhaps at your accommodation) check your route to make sure it's feasible under current conditions.

You may need to translate your driving license

Travelers from most nations are able to drive (both cars and motorcycles) in Japan with an International Driving Permit backed up by their own regular license. Residents from a handful of countries will need to get an authorized translation of their license; branches of the Japan Automobile Federation (JAF) do same-day translations for ¥3000 (US$26).

Most cities have domestic airports, so flying is quick and cheap

Air services in Japan are extensive, reliable and safe. Flying is often faster and sometimes cheaper than shinkansen (bullet trains), though more harmful to the environment and offers less chance to see the wonderful Japanese scenery up-close.

Both All Nippon Airways (ANA) and Japan Airlines (JAL) offer discounts of up to 50% if you purchase your ticket a month or more in advance, with smaller discounts for purchases made one to three weeks in advance.

A few cities – including Tokyo, Osaka, Kōbe and Sapporo – have cycle-share schemes. They can be a little tricky to use, usually requiring advance registration online; follow the online directions. Many Japanese use bicycles to get around cities; by law, bicycles should be ridden on the road but many people use the pavements. Cycle lanes are pretty much non-existent. Drivers (and pedestrians) are generally courteous. In cities, bicycles should be parked at ports or designated bicycle parking areas.

Many tourist areas have bicycles for hire. These are almost always heavy-framed, single-speed shopping bikes, though some places have electric bicycles; child-sized bicycles are rarely available. They may be free as part of a local tourism initiative; otherwise private businesses, usually in the vicinity of train stations, rent them out for about ¥1000 (US$9) per day. Ask at the local tourist information center. Many youth hostels also have bicycles to rent or borrow.

Helmets are mandatory for children 12 years and under. Unless road touring, adults rarely wear them so rental shops don't provide them (unless they offer children's bicycles; then helmets for children will be included in the rental).

It is difficult to rent touring bicycles in Japan; Cycle Osaka is one operator that offers them. To take a bicycle on a train, it needs to be broken down and stored in a bike bag.

Boat and ferry rides can be slow but memorable

Ferries are pretty much never the cheapest way to get anywhere and are always the least time-efficient, but the boat rides themselves can be memorable: long-haul ferries in Japan have communal bathhouses, dining halls and even karaoke rooms.

On overnight ferries, 2nd-class travel means sleeping in common rooms on plastic mats or the floor; however, you can pay a little extra to upgrade to a dorm room (or a lot extra for a suite). Most major ferry companies have English websites for booking tickets; otherwise, book through a travel agency like JTB.

There's a mixed approach to accessible transportation in Japan

Japan gets mixed marks in terms of accessibility, or what is called bariafurī (barrier-free; バリアフリー) in Japanese. You'll find most service staff will go out of their way to be helpful, even if they don't speak much English. In cities, train stations usually have lifts and station staff will help you on and off the train with a temporary slope. Rural stations are harder to navigate.

Across the board, newer buildings are likely to have access ramps and wheelchair-accessible toilets. Major sights are often accessible, even if not obviously so: Shrines and temples, for example, often have back entrances with ramps. That said, what is considered "accessible" at many sights might still mean steep slopes or long gravel paths.

A fair number of hotels, from the higher end of midrange and above, offer a barrier-free room or two (book well in advance); note that what constitutes barrier-free is not always consistent, so check the details carefully. Should you decide upon arrival that a wheelchair (車いす; kuruma isu) would be helpful, hotel staff can help you rent one.

Some downsides: Many neighborhoods in Japanese cities lack pavements, and restaurants are often too cramped to accommodate diners in wheelchairs. Look for shōtengai (商店街; market streets), which are often pedestrian-only, covered arcades; most cities have them.

You might also like:
The 10 most essential places to visit in Japan
22 unmissable experiences in Japan
Order food in Japan like a pro with Lonely Planet's new book

This article was first published April 2021 and updated March 2022 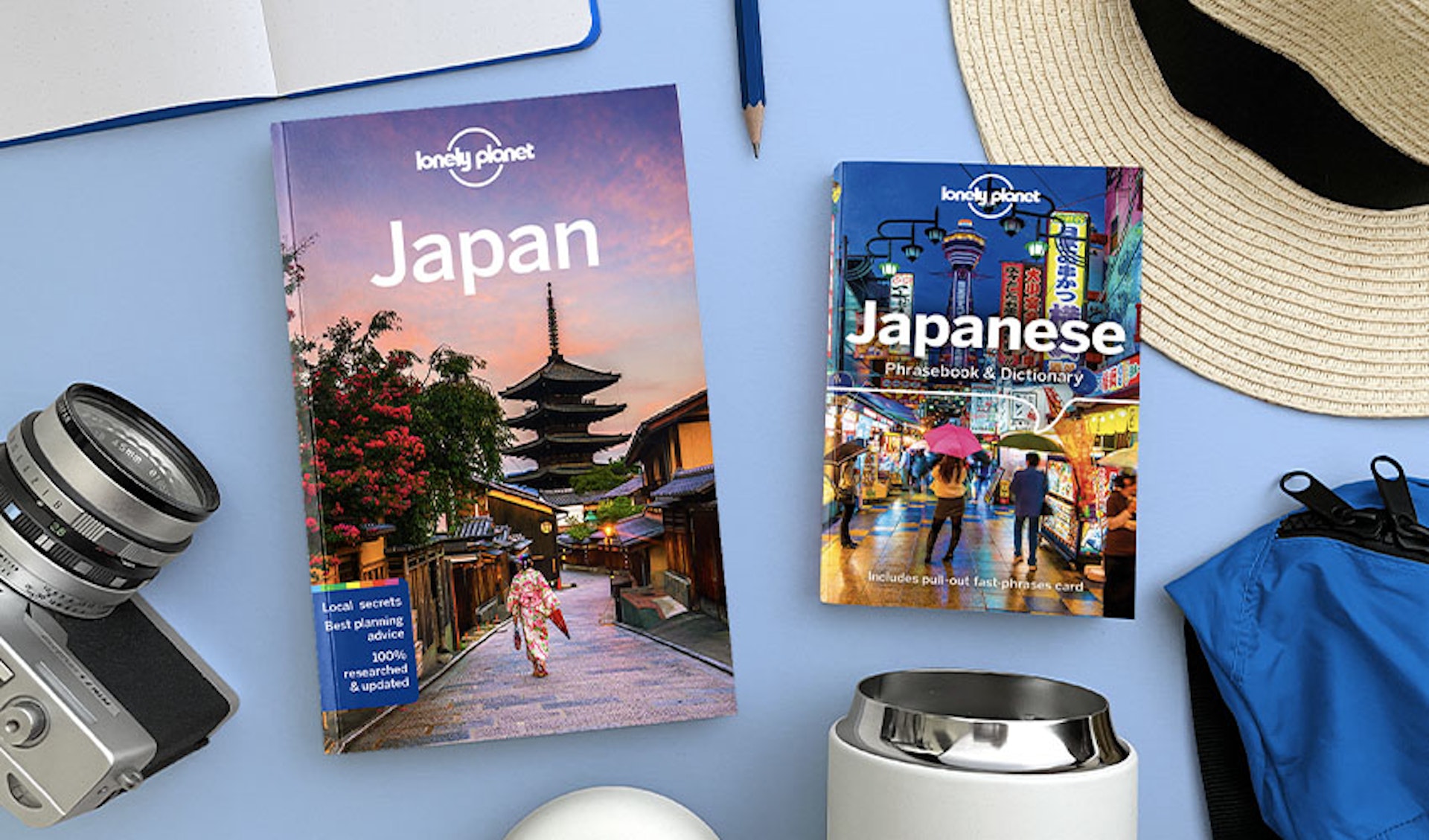 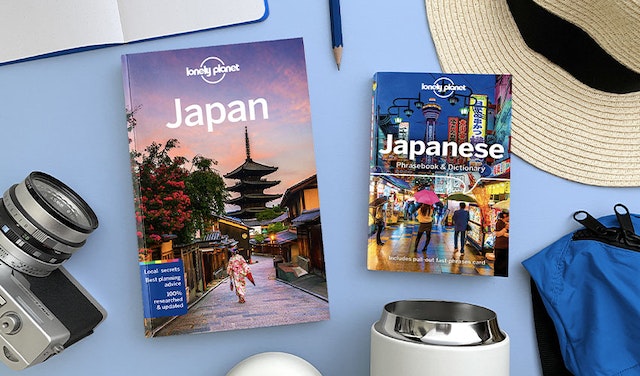