Germany is a combination of cutting-edge cool and timeless tradition, wrapped in a package of spectacular landscapes, vibrant metropolises and idyllic half-timbered villages, architectural masterpieces and fairytale palaces.

Indeed, the toughest thing about your first-time venture into Germany may be deciding your route. Its cities are high-tech hubs with an infectious energy, happening cultural and dining scenes. The great outdoors deliver cinematic changing scenery, from wind-battered coasts to sky-scratching Alpine peaks. You can visit castles and cathedrals built before Columbus set sail or take in the latest trends in street art. Wherever you go, Germany is here to charm, enlighten and surprise you.

Since the fall of the Wall in 1989, Berlin has been on a breathless journey to turn itself into one of the world’s most vibrant capital cities. Go ahead and snap those selfies with the Reichstag, the Brandenburg Gate, Checkpoint Charlie and other famous landmarks. And yes, do stand in awe of the monumental antiquities in the Pergamon Museum or the eternal beauty of Queen Nefertiti at the Neues Museum. But then tap more deeply into this cauldron of cultural experimentation by checking out those ‘only-in-Berlin’ places.

Hit the Tempelhofer Feld, a former airport turned urban frolicking zone for everyone from kite-surfers to community gardeners. Across town, get a bead on the contemporary art scene at the Boros Collection in a WWII-era bunker or treat your ears to a concert at Silent Green, a crematorium reborn as a cultural centre. On a hot summer day, there are few better places for cooling off than the Badeschiff, a cargo barge up-cycled into a beach club. Or scope out Berlin’s vibrant street art scene on a walking tour led by an actual spray-can meister before popping into Urban Nation, the world’s first street art museum. All of Berlin itself is still an unfinished canvas.

The year was 1919. Germany was in turmoil, struggling deeply with post-WWI trauma and chaos. But order was restored in Weimar, an idyllic town in the Thuringian countryside. Not only did it give birth to the Weimar Republic, Germany’s first experiment with democracy, but also to the Bauhaus, the design school whose ‘less is more’ credo would revolutionise 20th-century aesthetics. A new museum in Weimar will soon pay tribute to this midwife of modernism that entered its seminal phase after moving to Dessau in 1925. In this city on the Elbe, you can take a spin around the original school building, then pop into the Meisterhäuser, the private homes of some of its famous teachers – Walter Gropius, Paul Klee and Wassily Kandinsky among them. Wrap up a Bauhaus tour in Berlin, where the school was quashed by the Nazis in 1932. Fortunately, plenty of modernist buildings survive, including the horseshoe-shaped Hufeisensiedlung, one of half a dozen 1920s housing estates granted Unesco world heritage status.

Germany’s second-biggest city is poised to blow you away, and not just because of the brisk North Sea winds. A trading powerhouse since the Middle Ages, Hamburg is a captivating mosaic of contemporary culture, architecture, music and wickedly fun nightlife. Start by scanning the city skyline from the outdoor viewing platform of the wave-inspired Elbphilharmonie, the city’s spectacular new concert hall and gateway to the HafenCity, a former docklands area turned futuristic waterfront quarter. Break for coffee in the canal-laced Speicherstadt, a Unesco-recognised warren of red-brick warehouses that also shelters the truly mesmerising Miniatur Wunderland, the world’s largest model railway. Grab a fish sandwich at Brücke 10 in the harbour and chase it down with a beer while counting container vessels from a beach chair in the funky StrandPauli bar.

No visit to Hamburg would be complete without a night on the Reeperbahn, Hamburg’s gloriously tawdry nightlife and red-light district where the Beatles once cut their teeth. Drift away from this neon-lit mecca of mischief to party with the locals, perhaps by catching an up-and-coming band at the Golden Pudel Club or sipping a smooth martini at Chug Club.

The Bavarian capital is always happy to deliver on the clichés visitors to Germany expect. Yes, Munich is indeed a city of Beemers, dirndls and beer halls with oompah bands. But beneath the cutesy veneer lies a sophisticated, proud and wealthy town.

Gobble up canvas candy from Rembrandt to Richter in the trio of Pinakothek museums or in the exquisite Lenbachhaus with its new Foster-designed wing. Connect with Germany’s soccer obsession by scoring tickets to a home game of the FC Bayern München, Germany’s superstar team that plays in the spectacular Allianz Arena. Gear heads should make a beeline to the BMW museum, plant and showroom while royal groupies can take a spin around the rambling Munich Residenz. Daredevils can surf the Eisbach wave or take a screaming zip line ride over the Olympic Stadium.

German wines don’t get nearly enough credit, but if you worship at the altar of Bacchus (the Roman god of wine), a trip down the serpentine Moselle River should quickly turn you into a convert. Incidentally it was the Romans who first fermented grapes here some 2,000 years ago. They also founded the city of Trier (making it Germany’s oldest town) where you can zoom in on their ancient amphitheatres, thermal baths and the famous Porta Nigra town gate. Trier is also perfect for kicking off a driving or cycling tour along the river. En route to Koblenz, you’ll clap eyes on Europe’s steepest vineyard, legend-shrouded medieval castles and historic wine warehouses. Half-timbered Bernkastel-Kues, Belle-Epoque-flavored Traben-Trarbach and romantic Beilstein are all inviting villages to pause in and sip fine Rieslings and other classic German wines.

Like Atlas carrying the world on his shoulders, the Bavarian Alps hoist up the rest of Germany. A lyrical landscape of forests, brooks and meadows smothered in wildflowers unfolds at the foot of these broad-shouldered mountains, making it prime terrain for all sorts of outdoor pursuits.

Topping the sightseeing hit list is Schloss Neuschwanstein, the world’s most famous palace whose turreted magic truly unveils itself at night after the day trippers have left. Bavaria brims with churches and even non-pious types will likely rejoice at the exuberantly rococo Wieskirche that rises serenely from an Alpine meadow. Peak baggers are drawn to Garmisch-Partenkirchen for its famous ski slopes and breathtaking cogwheel-train ride to the top of the Zugspitze, Germany’s highest mountain. If you’re into dark tourism, confront Germany’s sinister past in Berchtesgaden, home to the Eagle’s Nest, Hitler’s mountaintop retreat, and the Dokumentation Obersalzberg, an exhibit about the town’s stint as the Nazi party’s southern headquarters.

Steeped in timeless mystique, the Black Forest is a sylvan slice of Germany where patches of woods are indeed so dark and thick that one might expect to stumble upon the witch’s house in the Hansel and Gretel fairy tale.

Unfolding east of the Rhine between the Swiss border and elegant Baden-Baden with its glorious thermal baths and casino, the region is gourmet central with more than two dozen Michelin-starred restaurants. It’s also the birthplace of the black forest cake, a creamy kirsch-drenched confection; Cafe Schäfer in Triberg has some of the best. Triberg also happens to be Germany’s cuckoo clock capital with two house-sized versions plus Germany’s tallest waterfalls. From here, it’s just a short hop to Freiburg, a charismatic university town with a grand minster and lively, cafe-rimmed squares.

Frankfurt and Munich are the most popular airports, but there are dozens of others, many of them served by budget airlines like easyJet, Ryanair and Eurowings.

Germany has an excellent train network that links pretty much all towns, large and small. Check schedules and buy tickets at www.bahn.de.

Travelling around by car buys flexibility and makes it easier to get off the beaten track, especially in rural areas. All major international rental agencies have offices in the main cities. Plot routes, toll and fuel costs with www.michelin.com.

The cheapest way to get around is by long-distance bus. Check which operator goes where, when and for how much at www.busradar.com.

It’s perfectly possible to travel in Germany without speaking a word of German, but it helps to master a few simple phrases. People are more likely to speak English in big cities, in the western part of the country and in tourist hotspots.

Peak season is July and August but some holiday weekends in May and June can be busy too. Check www.publicholidays.de for dates, and book ahead during busy times.

Bring an umbrella, a coat and closed shoes – rain is a possibility any time of year. 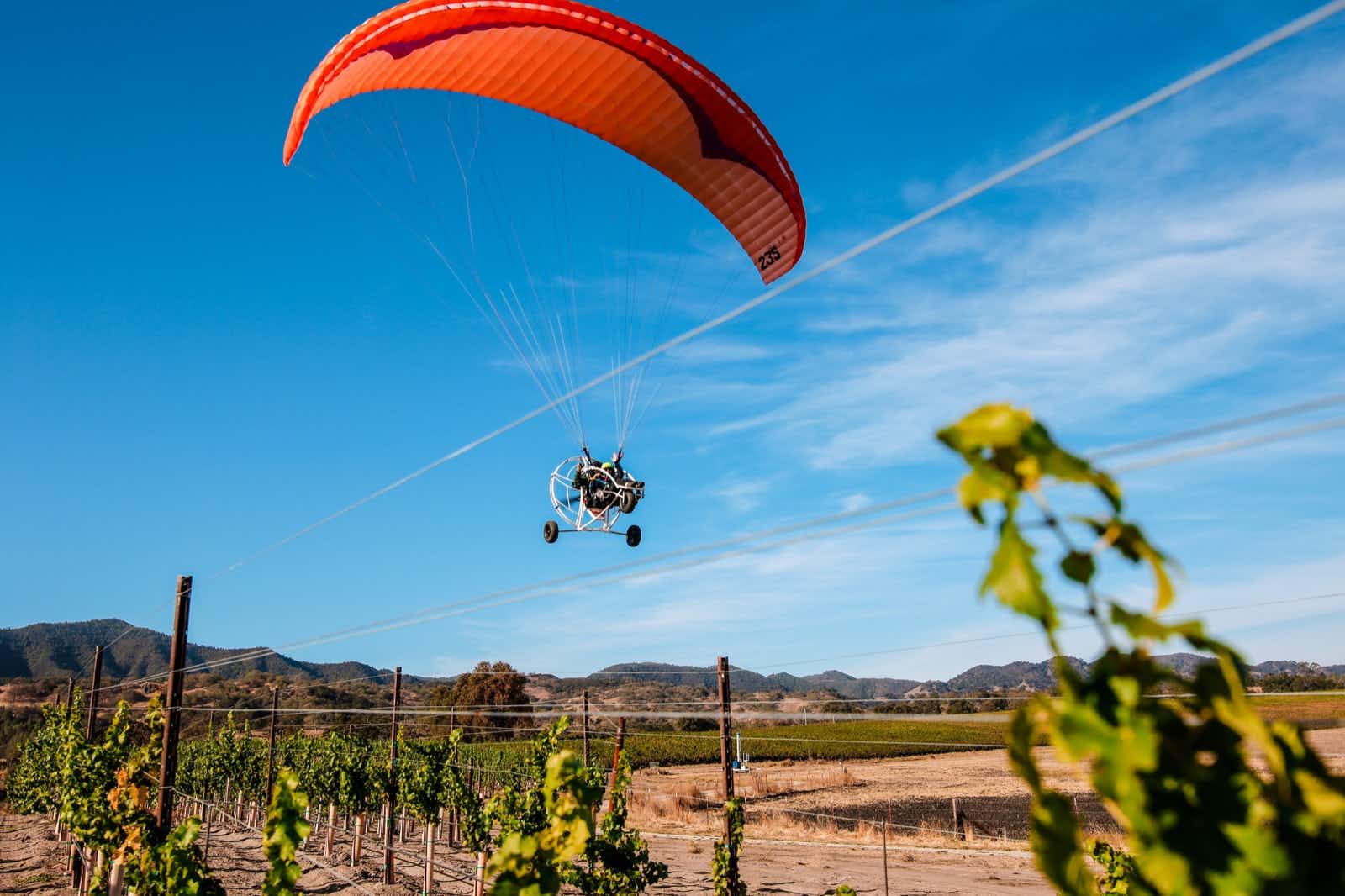 The Indian capital by night: the best bars and clubs…