Visitors to Germany have long admired its historic architecture, world-class museums, and excellent beer gardens. But there’s one aspect of German culture that fewer travellers experience: its bathhouse tradition. Often housed within beautiful buildings from the art nouveau era or earlier, these public facilities are the perfect place to relax au naturel while sharing a healthy tradition with the locals.

The key to understanding the German bathhouse experience is the nation’s famously relaxed attitude to nudity, especially when associated with health. This open-minded attitude to the naked body started in the 19th century, when Scandinavian-style steam baths became popular; then, in the late 20th century nudity became widely accepted on beaches, in city parks and on walking trails. Recent years have seen a decline of nakedness in such outdoor settings, but the unadorned body is still the standard at bathhouses.

Each bathhouse, generally containing the German word bad (bath) in its name, will have a clothed area centred on a swimming pool, much like any municipal fitness centre. In a separate area, accessible for an additional fee, will be a spa facility of saunas and heated pools. This area is a clothing-free, mixed-gender zone – there’s no separation of men and women as there would be at, for example, a public bath in Korea or Japan.

If you’re from a more buttoned-down nation, this comprehensive nudity can take a minute to get used to. But that’s all it takes. There’s nothing sexual about the bath setting, and before long you’ll blithely be accepting the situation and sitting naked on your towel in the sauna like everybody else.

The Bavarian capital Munich is the epicentre of the German nonchalance toward nudity, its Englischer Garten being famous for clothes-free sunbathing in the warmer months.

Near the garden is Müller’sche Volksbad, an even more magnificent place to let it all hang out. Constructed in 1901 along sinuous art nouveau lines, this bathhouse was donated to the city by engineer Karl Müller on the condition that it welcomed the poor. On the banks of the Isar River, it’s a beautiful piece of architecture which has been lovingly maintained in its original style.

Its lofty entrance hall is decorated with marble pillars and ornate light fittings, the doors decorated with curving script promising such delights as the Schwimmhallen (swimming halls) and Römisch-Irisches Schwitzbad (Roman-Irish sweat bath).

The old-school style continues in the spa zone, where you disrobe inside attractive cabins with timber panels and glass panes. Then, you shuffle at a measured pace between various rooms, which include a sauna, cold and tepid pools, and a room with stone benches and a jet of steam shooting dramatically through its centre. There’s an upstairs rest area with deckchairs for taking a break from the heat.

When you’ve finished with the baths, you might like to float on your cloud of relaxation to see the exhibits of the nearby Deutsches Museum, the world’s largest science and technology museum.

The most impressive bathhouse in the port city of Hamburg is Kaifu-Bad, opened in 1895 with a graceful neoclassical facade.

One of its most impressive features is the large flotation pool, surrounded by pillars and illuminated by natural light from Gothic windows and skylights. Here you can enjoy the music that plays underwater, as you bob around weightlessly in the lofty space.

Then it’s off to the spa area, where there’s a variety of wellness facilities: a eucalyptus room, a sauna with coloured lights and a big Finnish-style sauna. Occasionally, as you’re sitting quietly within the latter, an attendant will enter, add water to the hot stones and progressively wave a flag-like cloth to spread the ascending heat to every corner of the room. It’s not a ritual for the faint-hearted!

One of Germany’s most beautiful bathhouses is located in Cologne. Aptly this city was once governed by the Romans, themselves no strangers to a hot bath. Opened in 1912, Neptunbad is a delightful art nouveau structure decorated with tiles and mosaics.

On one side is a fitness centre, where you can lift weights beneath high-arched windows. On the other side is the spa zone, decorated with a hint of imperial-era glory. Its Roman-inspired steam rooms and plunge pools are dimly-lit and soothing. The highlight is the circular Kaiserbad (Emperor’s bath), where you can float while classical music plays beneath the surface.

Outside the building is a surprising contrast: a spa complex built in an Asian style, with several indoor and outdoor saunas and pools, sun terraces and a zen garden. Each sauna is set at a different temperature and scented with a different aroma, so there’s no lack of variety.

What’s more remarkable, perhaps, is that this area is outdoors and overlooked by neighbouring residences. But that’s Germany – totally unfazed by a little nakedness in the appropriate setting.

The traditional German bathhouse experience is available across the country, often within historic premises that add to the enjoyment.

In Berlin, head for the Stadtbad Neukölln, a 1914 beauty gleaming with mosaics, frescos, brass fittings and marble. The pride and joy of Wiesbaden is the stunning Kaiser-Friedrich-Therme, built in 1913 on the site of a Roman-era steam bath. Its saunas and pools are fed by naturally heated water. In Darmstadt, the 1909 swimming and spa complex, Jugendstilbad, offers multiple dry and wet saunas, along with indoor pools and a year-round outdoor pool.

And of course, there’s always Baden-Baden in Germany’s southwest, a town whose name emphasises its historic link with bath house culture. Take a dip here at the Friedrichsbad, a palatial 1877 facility packed with marble and mosaic highlights, and marvel at the German genius for combining the simple act of bathing with architectural beauty.

Tim Richards travelled with the assistance of the German National Tourist Office. Lonely Planet contributors do not accept freebies in exchange for positive coverage. 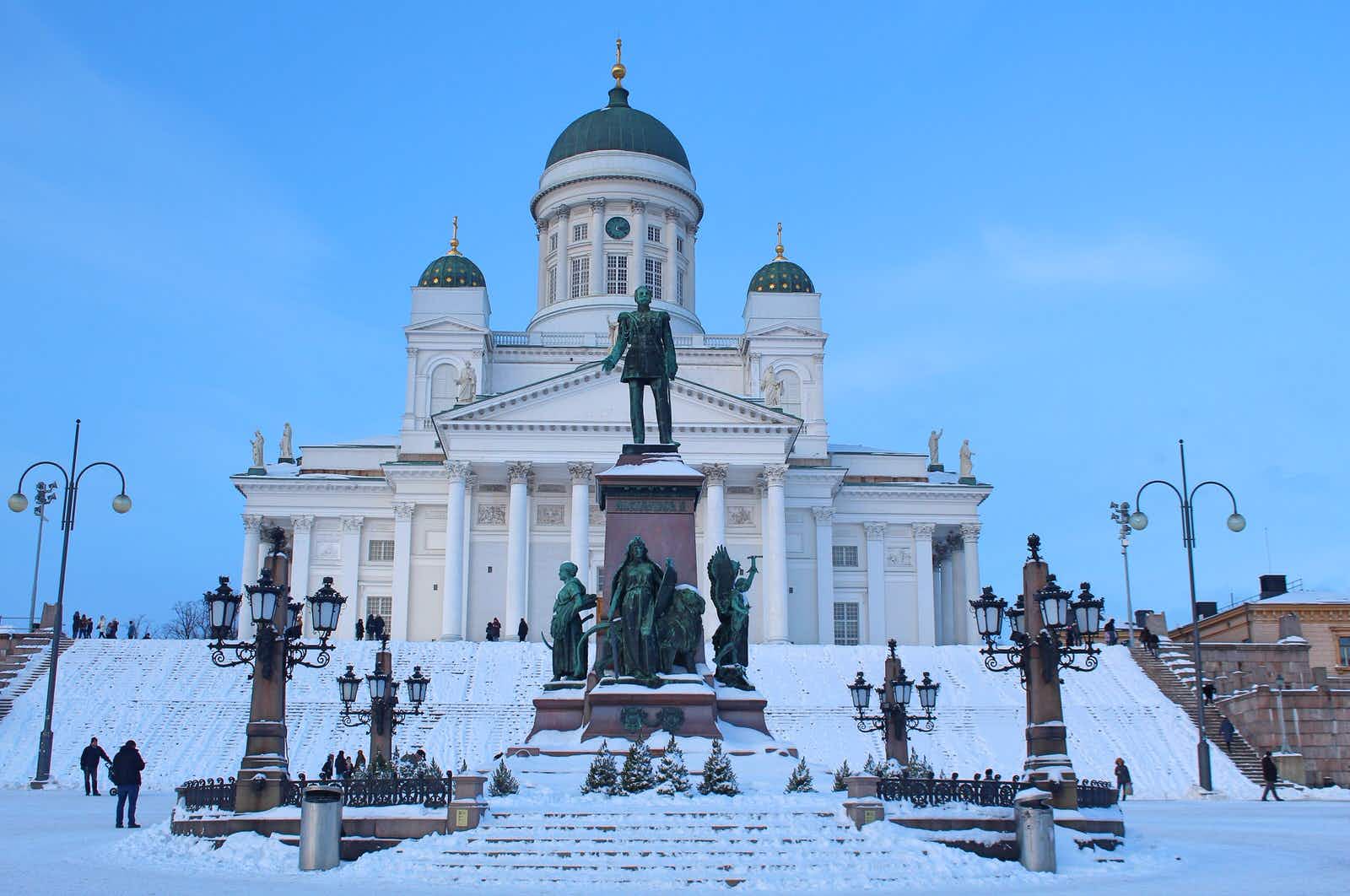 Capital gains: Helsinki on a budget 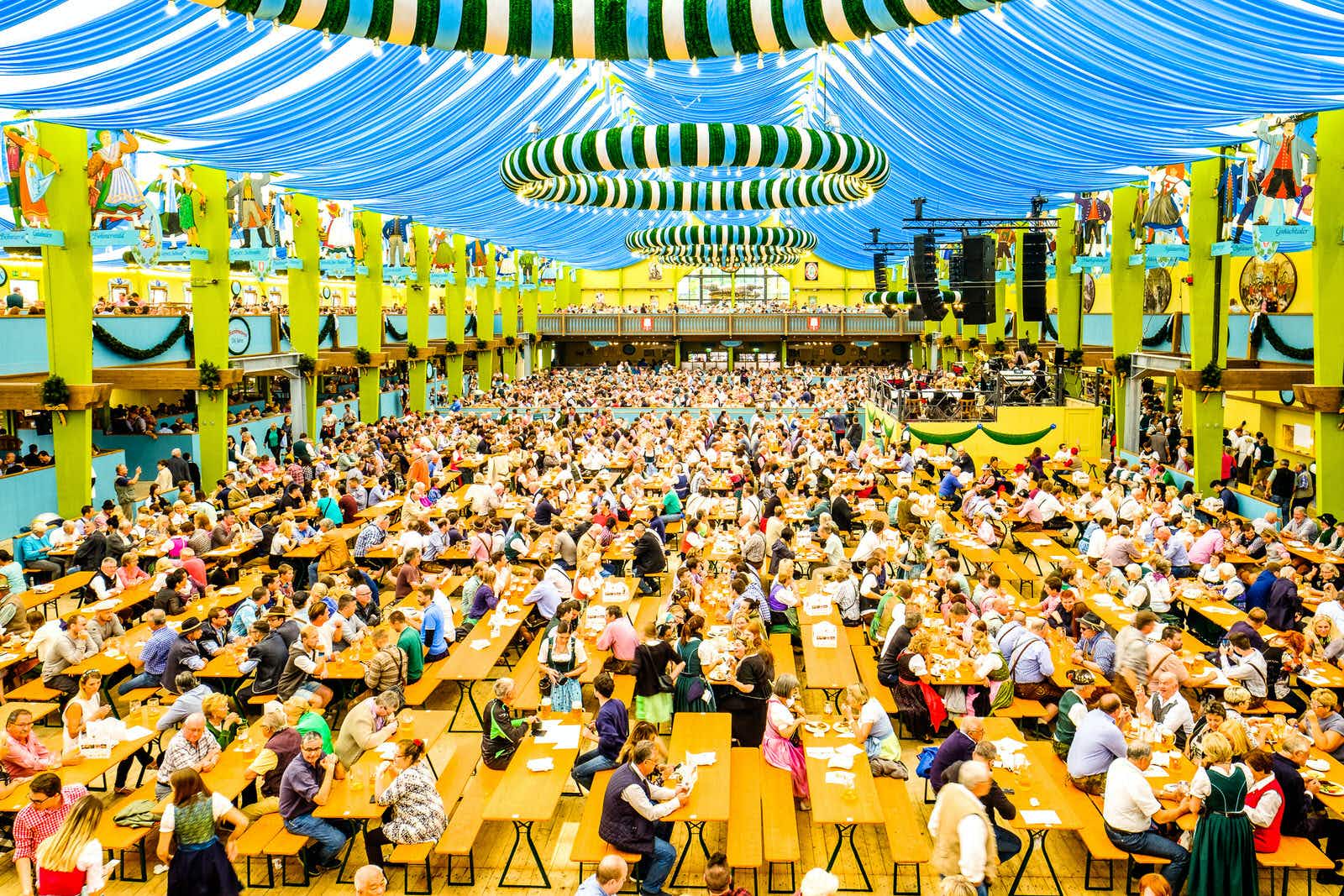 The big cheers: Oktoberfest for first-timers