From rugged coasts to ancient hills, these are the best hikes in the UK

From Wales’ wind-whipped Pembrokeshire coast up to Scotland’s soaring Highlands, the United Kingdom is full of spectacularly cinematic landscapes that are just begging to be explored.

Mix up lush forest trails with stops for beers in quaint countryside villages to truly make the most of your time crossing this ancient land. Great for exercise and a way of getting closer to nature, hiking is one of the best ways to see the UK up close (but just remember to prepare for sudden rainfall). So grab a map, pull on your boots and get inspired by our list of the best hikes in the United Kingdom.

Hikers everywhere will appreciate the kudos earned after tackling Britain’s premier long-distance path. Tracking the island’s mountainous spine from Edale in Derbyshire’s Peak District through the Yorkshire Dales to Kirk Yetholm in the Scottish Borders, this is 267 miles (429km) of merciless trekking through a trio of stunning national parks.

Technically challenging, the full path requires three weeks – but if you haven’t got the time (or energy) then day hikes will give you a good flavor. The Kinder Scout Loop via Jacob’s Ladder offers a taster, with fabulous panoramas and the Kinder Downfall, an impressive 98ft (30m) waterfall.

Villages in the Yorkshire Dales offer the classic combination of stunning scenery and beguiling country pubs. Blistered feet can be effectively treated by the medicinal qualities of a pint of real ale.

The best way to see it is by trekking the 186-mile (299km) Coast Path from Amroth to St Dogmaels; allow a couple of weeks. For a taster, base yourself at St David’s, Britain’s smallest city (population 1600) and strike out for the sands of St Brides Bay, where swimmers, beachcombers and surfers make the most of the unspoiled sands.

If the tourist board of England had to pick one walk to sum up this green and pleasant land, it would be this 102-mile (164km) path winding through the gentle limestone hills of The Cotswolds, from stately Bath to twee Chipping Campden.

If you want mountain scrambling or craggy ridges, you’re in the wrong part of the world – the rather refined 1086ft (331m) summit of Cleve Cloud is as intense as it gets. Instead, this is the England of stately homes and afternoon tea. Which is just dandy.

With its photogenic stone cottages and lush forest surroundings, Castle Combe is one of the prettiest Cotswolds villages, and the two-hour loop exploring its nearby brooks and woodlands is a lovely and deeply English ramble.

The UK’s “Three Peaks” challenge incorporates the highest mountains in Scotland, Wales, and England: Ben Nevis (4377ft/1334m), Mt Snowdon (3560ft/1085m), and Scafell Pike (3209ft/978m), respectively – but you’ll need a car to get between them. Yorkshire’s own three peaks, though smaller, are far from a walk in the park.

For those of a less competitive nature, it might be better to spread the hike over two days and take the route at a more leisurely pace, allowing time to admire gorgeous views of the lake district from Whernside’s hulking ridge.

One of the most adventurous walks on the Scottish island of Mull is along the coast west of Carsaig Bay to the natural rock formation of Carsaig Arches at Malcolm’s Point. There’s a good path below the cliffs most of the way, but near the arches the route climbs and then traverses a steep slope above a vertical drop into the sea (not for the unfit or faint-hearted).

You’ll see spectacular rock formations along the way, culminating in the arches themselves: the “keyhole,” a freestanding rock stack, and the “tunnel,” a huge natural arch. The western entrance is hung with curtains of columnar basalt. It’s an impressive place from any perspective.

Since the return trip is eight miles, allow three to four hours’ walking time plus at least an hour at the arches.

Take the whole family on the Thames Path (Marlow to Cookham)

Mention the River Thames and people think of London’s iconic skyline, and while the climax of this gentle National Trail does pass through the city, the majority of its 184 miles (296km) meanders through some of England’s loveliest landscapes.

Starting at the river’s source near Cirencester in Gloucestershire, the path traverses the heart of core England, past Henley’s elite rowing club and the spires of Oxford and its famous university en route to the capital.

Intense hikers mock the genteel setting, yet it offers just about anyone the perfect mix of big city and picture-postcard countryside. The languid bends, bubbling weirs and wooded islands between Marlow and Cookham inspired Kenneth Graham’s children’s classic The Wind in the Willows, and this beautiful 5-mile (8km) stretch is flat and ideal for family strolls.

Scale the UK’s most prominent peak via the Snowdon Trail

Wales’ highest peak is so distinct that on clear days it can be seen from Ireland. Seven paths of varying length and difficulty lead to Snowdon’s summit, all taking around six hours round-trip. That the mountain has a train station and a cafe at its summit does not mean you should underestimate it.

The most straightforward route to the summit is the Llanberis Path (9 miles round-trip), running beside the train line. The two paths starting from Pen-y-Pass require the least amount of ascent but are nevertheless tougher walks: the Miner’s Track (8 miles round-trip) starts off wide and gentle but gets steep beyond Llyn Llydaw, and the more interesting Pyg Track (7 miles round-trip) is more rugged still.

Hikers of all skill levels should remember that no route is completely safe, especially in winter. People regularly come unstuck here and many have died over the years, including experienced climbers.

When the leaders of the Roman Empire decided to build a wall to keep the marauding Pictish Scots out of northern England, they likely didn’t consider that their handiwork would one day form the backdrop for one of the country’s finest walks.

Spanning 84 miles (135km) from Bowness-on-Solway in Cumbria to the appropriately named Wallsend in Tyne and Wear, Hadrian’s Wall Path is a moderately challenging National Trail that fuses bracing hiking with the cultural heritage for which the UK is famous. Large sections of the wall remain intact, along with a fine museum at the painstakingly excavated Roman fort of Segedunum.

Windswept crags and silent lakes form part of the Sycamore Gap walk, which gives a wild, looping taste of what Hadrian’s legions faced as they built their famous barrier.

Walk in the footsteps of a giant on Giant’s Causeway

This spectacular rock formation – Northern Ireland's only UNESCO World Heritage site – is one of the country's most impressive and atmospheric landscape features, a vast expanse of regular, closely packed, hexagonal stone columns looking for all the world like the handiwork of giants. The phenomenon is explained in the Giant's Causeway Visitor Experience, housed in a state-of-the-art eco-friendly building half-hidden in the hillside above the sea.

From the center it's an easy 10- to 15-minute walk downhill to the Causeway itself, but a more interesting approach is to follow the cliff-top path then descend to Shepherd's Steps.

The lower coastal path leads east as far as the Amphitheatre viewpoint at Port Reostan, passing impressive rock formations such as the Organ (a stack of vertical basalt columns resembling organ pipes). You can also follow the cliff-top path east past the Chimney Stacks headland as far as Dunseverick or beyond.

In an era of civil unrest and territorial dispute, the most powerful of all Anglo-Saxon kings, Offa, ordered the construction of an immense dike to divide the kingdoms of Mercia and Wales. On average 6ft (1.8m) high and 59ft (18m) wide, some 81 miles (130km) of the dike remains today, an impressive record for a structure over 1200 years old.

Running from Sedbury in the south to Prestatyn on the northern Welsh coast – the entire 178-mile (286km) length of the English–Welsh border – this two-week hike is a strenuous adventure of unspoiled scenery melded with historical significance. No other walk in the UK offers such diversity.

The Journey from Pandy to Hay-on-Wye through the Black Mountains offers sweeping views of the distant Brecon Beacons to the west and green Herefordshire cider orchards to the east.

Explore the coast of a Channel Island on Alderney Coast Path

The northernmost of the Channel Islands, Alderney is just 10 miles (16km) from La Hague on the French coast and is a splendid little island to explore.

Well marked and wonderfully scenic, the 10-mile (16km) Coast Path traces the whole of Alderney’s coastline. Easily walkable (or runnable) in a day, it’s an excellent way to acquaint yourself with the island’s beaches, coastal forts, lighthouse and other attractions. Walk it clockwise if you wish to avoid going up Alderney’s steepest hill from Platte Saline Bay toward the airport.

The final stretch from Bridge of Orchy to Fort William contains some of the country's greatest hits and is best broken up over three days. Pass by the brooding Glencoe mountains before turning north to Fort William and taking in the vast shape of Ben Nevis, the tallest mountain in the UK.

Stop snickering. A perennial source of amusement for local schoolkids, Cornwall’s highest hill actually gets its name from the Cornish bronn wennili (or “hill of swallows”).

From the car park at Poldue Downs, it’s a there-and-back tramp of about 5.5 miles (9km). The ascent is steep but straightforward, winding through heathland, bog, gorse and boulders to the 1375ft (419m) summit.

Along the way, you can also bag Cornwall’s second-highest summit, Rough Tor (pronounced “row,” to rhyme with “cow”). And in case you were wondering, “tor bagging” is the art of scaling multiple summits.

This article was first published August 2020 and updated June 2022 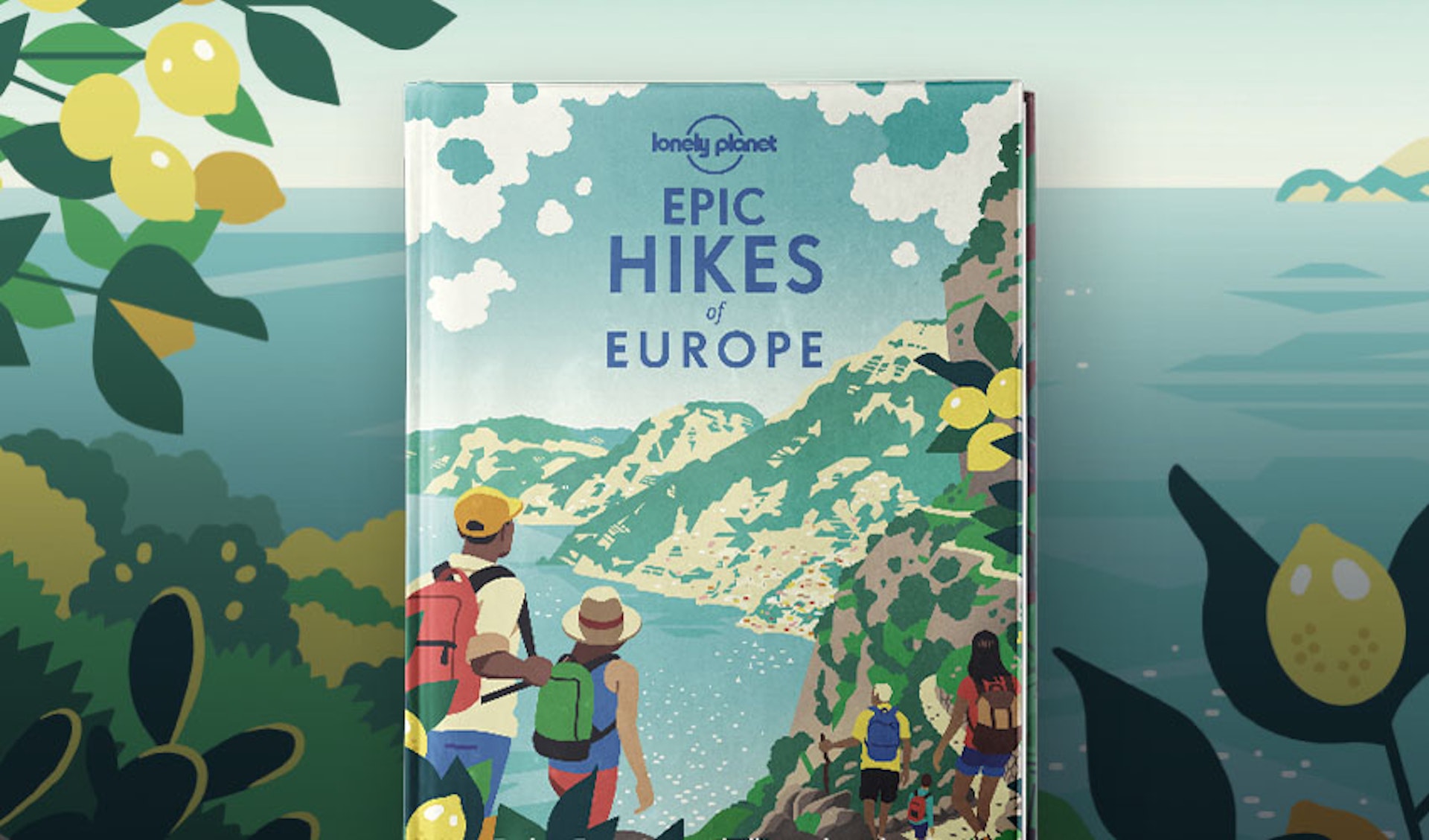 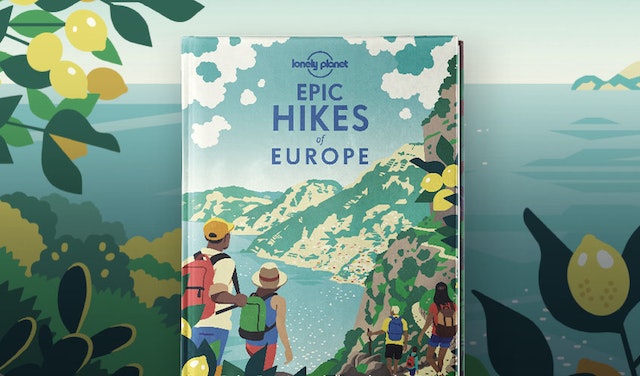